LEGOs, tattoos, and everything in between. 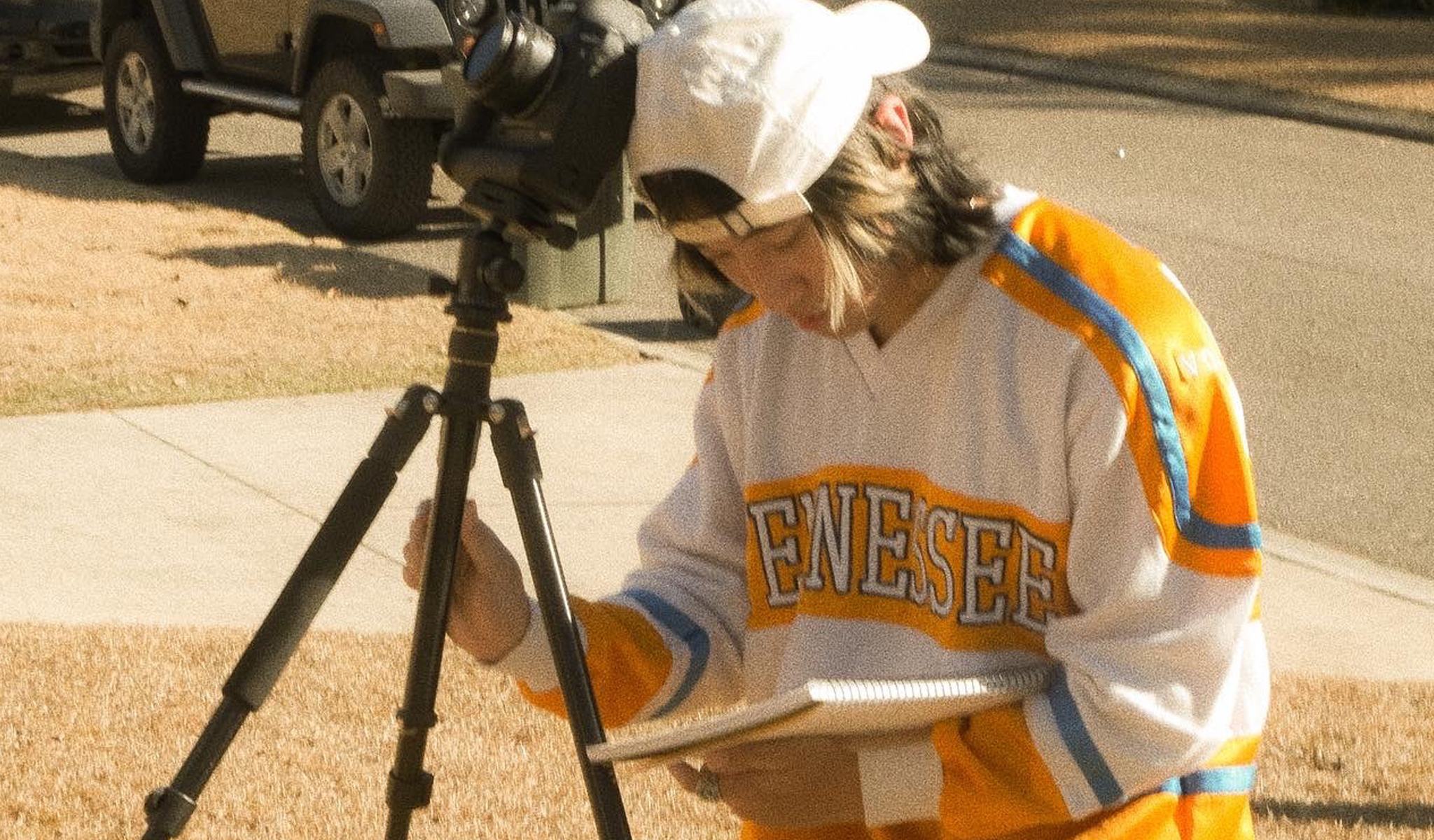 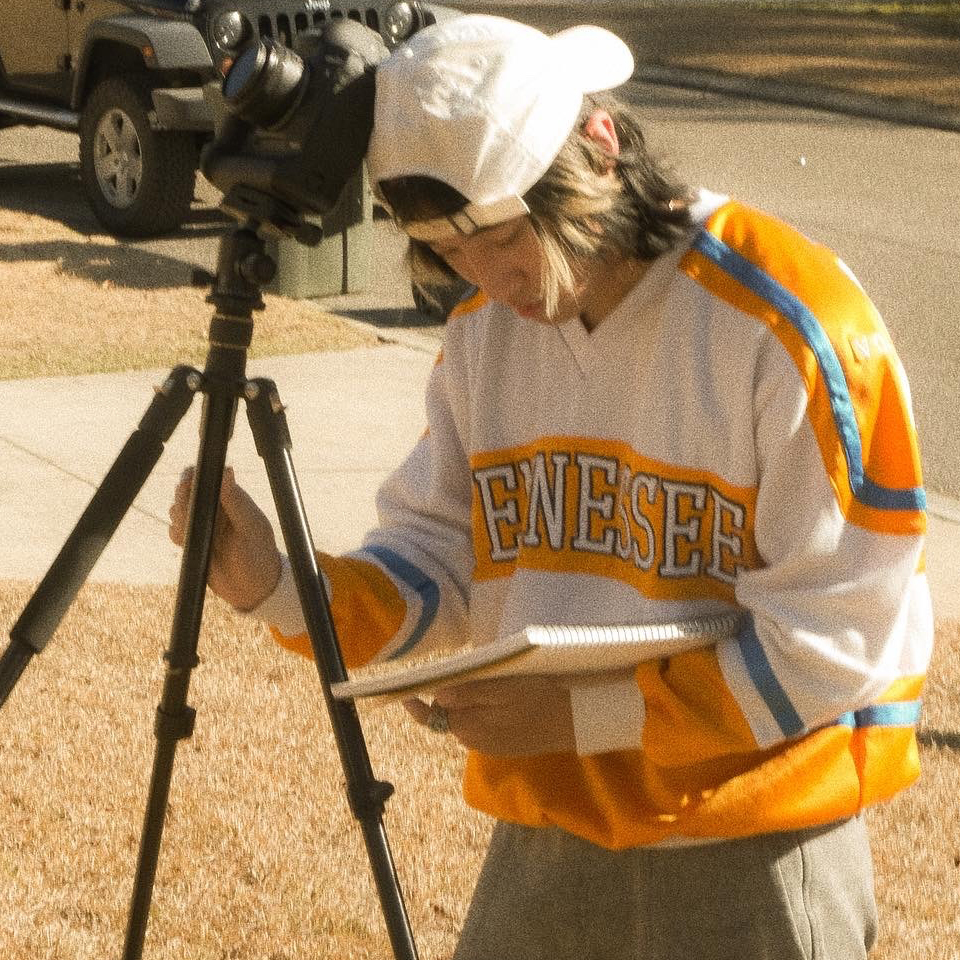 Musicians have a first instrument, photographers a first camera, painters a first set of brushes, perhaps -- but Bae Merola? His journey as an artist -- a director, specifically -- began with LEGOs.  Bae was six when he first started snapping pictures of the famous building blocks and turning them into stop-motion videos. In high school, some of the most talented artists at FSU tracked him down via his uploads on YouTube, and today, the Tallahassee Community College freshman not only continues on that road, but has his own production company, churning out innovative, rollicking music videos like “Risky” for 777Villain and “Cartier Fleece” for Apollo1027.

To talk with Bae is to absorb his infectious enthusiasm. He doesn’t want to just “make art,” he wants to make friends and have fun. That’s why his behind-the-scenes videos can be as enjoyable as his music videos themselves. (Check out the epic vibing going on here.) What makes Bae’s joyous embrace of life all the more inspiring is how his story began, as a Korean adoptee raised by non-artistic, Southern parents with decidedly traditional values. Happily, at a certain point, they too bought into Bae’s journey, and now, like the rest of us, look on in awe as he keeps hurtling forward.

Quadio recently caught up with Bae by video chat from his home in Tallahassee, where he shared his thoughts on film-making, career-building, and last but not least for any of us, the art of making money.

You’ve got quite a few tattoos!

Yeah, I was born in South Korea, but I was adopted when I was six months old. So a lot of them have to do with Korean heritage. And then there’s this one -- that’s the first picture on me that my parents took when they picked me up from the airport.

Wow. From South Korea to...

Tallahassee, Florida. I’ve lived here my whole life. My parents have more of a traditional mindset, they’re both from Tennessee, not artistic, more work-oriented. And then there’s me, with all these tattoos, making weird videos...it’s a paradox.

When did you actually start making videos?

When I was really little, I would take photos, like a time lapse, basically, of LEGOs moving, and I would make them into videos. I would also make videos with my parents’ little camera -- we would have Nerf guns and pretend to be spies and I would make videos of that. Isn’t that crazy? I was six years old doing that. I never thought anything of it. I was just like, “Okay, this is fun.” Then for a few years, I kind of shut off that part of my brain, until freshman year of high school when a friend got me back into it. He was a foreign exchange student from Germany that I met because we were on the same soccer team. He made a bunch of videos, and I was like, “That is really cool.” I asked him what camera to get, I bought one, and I just started making stuff. I watched videos on YouTube to figure out how to actually work After Effects and Premiere. I mean, that’s the power of YouTube. You can learn anything.

From the looks of your own YouTube page, you were making “day in the life” videos at that point -- you doing fun stuff with your friends.

I tell people, I hate my old videos, because I feel like they’re almost narcissistic, just showing off this fun stuff in my life. But I was doing all that fun stuff because I was trying to make content. I would force us to do stuff. I’d be like, “Let’s stop being lame. Let’s go to the beach, let’s go cliff diving.” And then I would video it, of course. That was the whole reason why. Only afterwards would I be like, “That was really fun!” What sparked my whole interest in music videos was the Lil Skies video for “Lust.” I never really watched music videos, but I was sitting on the couch and the video came on and I was like “Whoa, who is this guy?” He goes into this crazy animation mode. I couldn’t believe how cool it was.

You work with a lot of FSU artists that Quadio loves -- Apollo1027, jusLo, Brandon Bury -- how did you connect with that crew?

Oh, my gosh, that’s so funny. They kind of picked me up in high school. They saw a music video I did for Brokeboiboog, for his track “Balenciaga Blisters” -- this was when I was a senior in high school. They all started DMing me, just like, “Yo, we need to work,” and stuff like that. It’s funny thinking that that video was the one that kind of put me on the map for them. Every time I upload a video, I never think, “Oh, this one’s going to go to the moon.” I’m always like, “Whatever happens happens.” You just never know what video is going to be the one that opens another door for you. That was when I started kind of realizing like, “Maybe this isn’t just for fun. Maybe I could do something with this.” It was validating.

Let’s talk about your videos. Who comes up with the concepts -- you or the artist?

It’s always me who comes up with everything. And I like it that way, because it feels very respectful and trusting when artists come to me. With Ricky and jusLo, it’s like they don’t have to say a word. They’re like, “I want to shoot to this song,” I give them a treatment, and we do it. I really don’t know how to put this, because I don’t even know how it works. But whenever I’m sent a song, I listen to it once, to see if I like it. And then I’ll listen to it twice, three times, four times. And then, all of a sudden, it’s just like, out of nowhere, it clicks. Everything makes sense -- what the concept is going to be, the synopsis, everything. I’ll see the frames, the types of shots, the coloring, the time of day, the effects...it’s weird. I just hone in on that stuff. When I was younger, Cole Bennett definitely had an influence on me, because he was like a founding father of music videos for my generation. But I just watch everything now. I don’t try to take ideas. I just try to see, even just in terms of lighting, how they did stuff. Like, “How did they stabilize this shot?” Just small things.

Your “6 Flags” behind-the-scenes video is a Quadio favorite, because you’re behind the camera, directing, and vibing -- dancing just as much as jusLo, who’s on camera.

I’ve told my team at Kudzu, “I don’t want, when we shoot stuff for people, for it to be just like we shoot, and that’s it.” I want it to be very like, “Let’s have fun. Let’s make some friends.” Sometimes I think we get caught up in the whole business mindset of things, that we kind of forget to be human. It is funny. I’ll be watching back on the footage, and I’m over there just vibing really hard. You can’t hear, but in some of the videos, I’ll be yelling at them, trying to hype them up. And I’ll act it out if I have to! I’ll do whatever I have to do.

Let’s talk about your production team, Cut by Kudzu. How did that come about?

It started with me and Thanh. I met Thanh when I was 16 and he was in college. I just saw his work, and I DMed him, “Yo, let’s shoot sometime.” And I was so scared, because I was like, “He’s so cool.” But he was like, “Yeah, let’s do it,” and that was it. We started going on vacations together and filming with our friends, and it was just the craziest thing. Sam, jusLo’s manager, was telling us, “You should probably start a brand soon, for your video work and everything.” So we were trying to think of a name, and Thanh just randomly was like, “Kudzu,” which is a leaf that came to the United States from Asia. And I was like, “That’s pretty cool,” because that’s kind of like us. We’re both from Asia, and we came over here.

The other two -- Roly Viera and Ben Pinfield -- I met through work. Roly DMed me, which is awesome, and then we became friends. He specializes in all VHS. And then Ben has been my assistant director on the last three projects we’ve done. He’s been like my right-hand man, helping me direct, and he’s crazy at editing. But even beyond that, we’ve really expanded. It’s like a family now, Kudzu. It feels really good.

Can you offer advice to directors who are just starting out -- like, when did you start charging for your work?

When I was 16 and doing two or three music videos a year, I did it for free. I wanted to have fun with my friends and I wasn’t taking it as seriously at that point. But as I started doing it more, people would ask me what my price was, and so I was like, “I should probably start charging, because people are willing to pay.” Also, I’ve told my team this, too -- you have to think about it from this perspective: How many hours do you plan? How many hours do you spend shooting? And how many hours do you edit? If you charge $100, and then you calculate out those hours, you’d basically be getting $5 an hour, which is like nothing.

What does the future look like for you? Is the dream to be a music video director?

I think so. I love this stuff, I love the process and I love the community. I just love all of it. With Kudzu, our work is good, but we’re not any more special than the next production team our age trying to get started, too, so we have to figure out what makes us special. We’re going to go to Miami soon and shooting for two artists there, and then we’re going to Melbourne and shooting for artists there. We’re really trying to go crazy this summer.