She first heard applause when she was three years old. It’s getting louder. 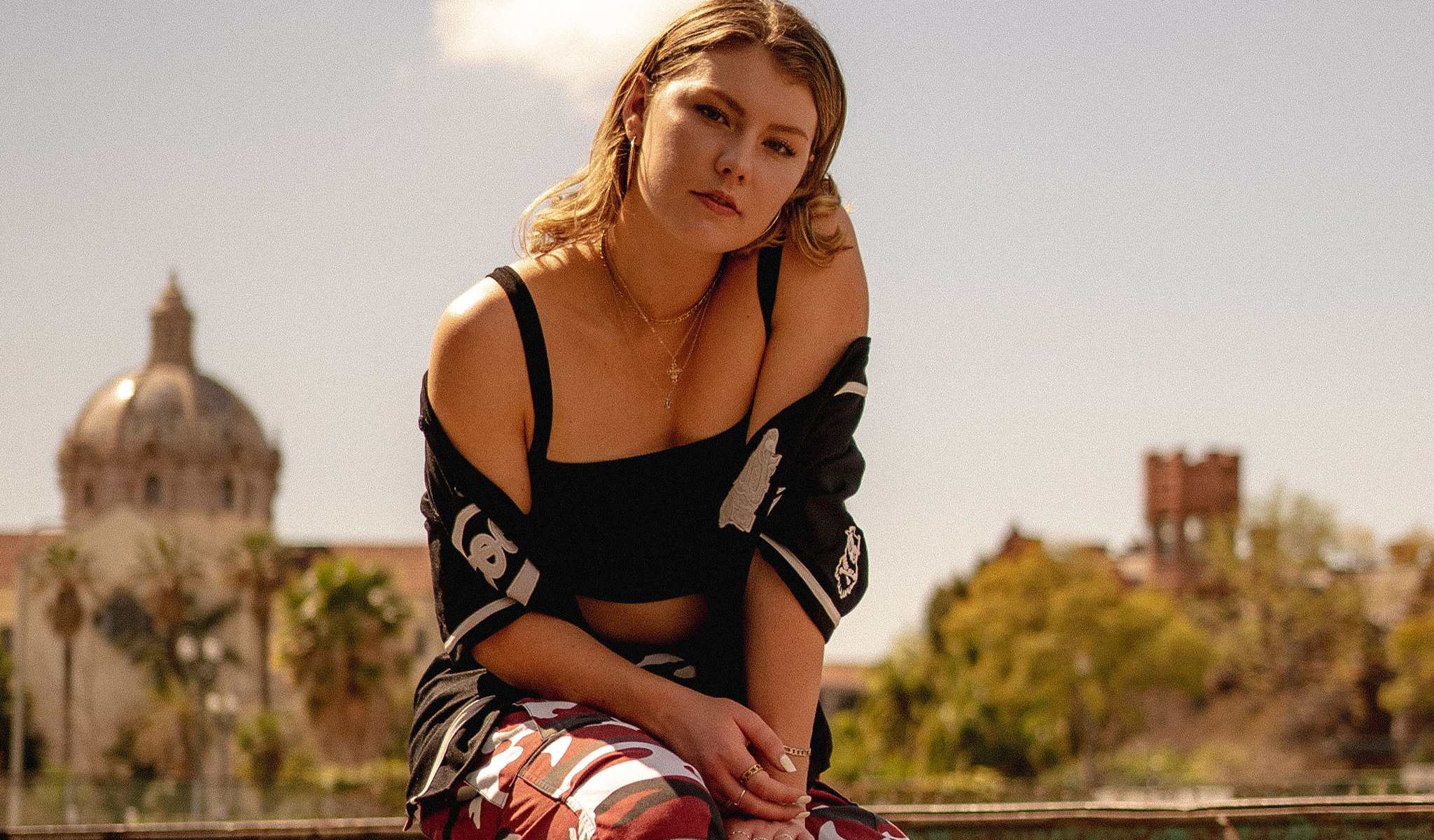 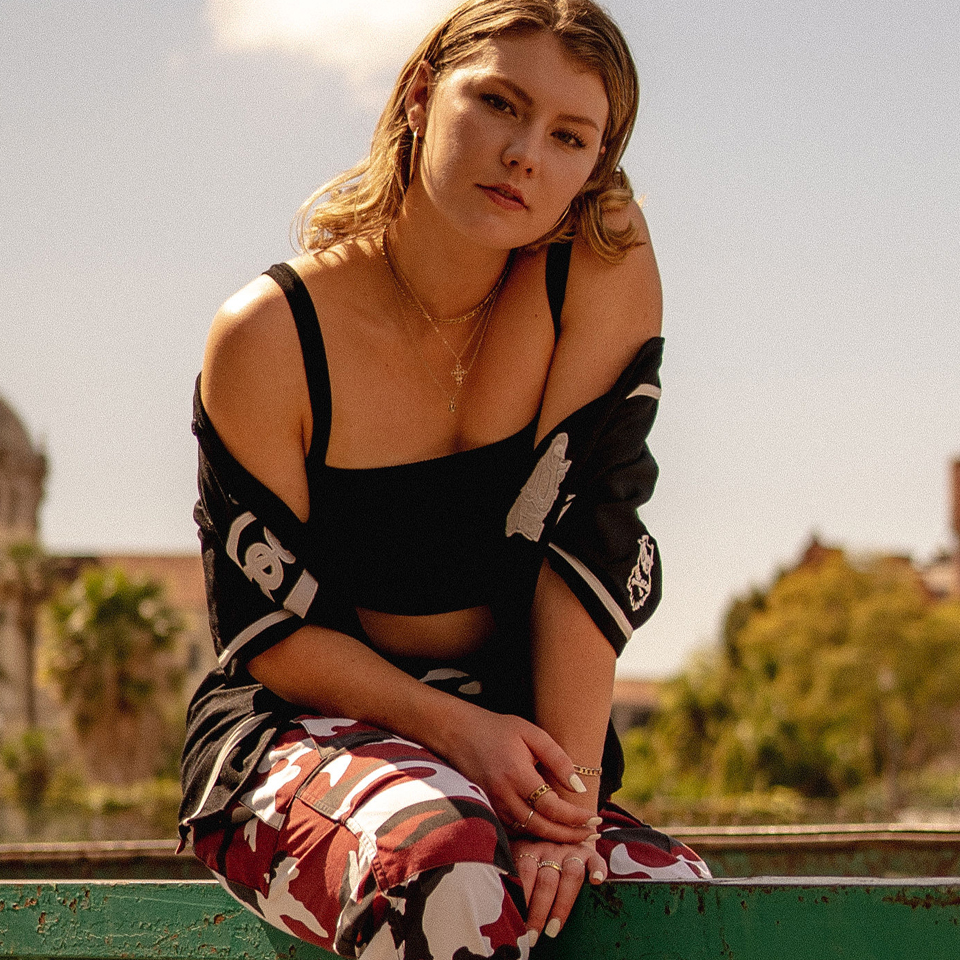 As a bemused aside, the California-born, Belmont-educated pop artist Dasha will tell you that in third grade she won a county-wide contest with the poem “Life is in My Heart.” She doesn’t remember its exact words, but recalls her winning entry was decidedly over-the-top for a nine-year-old. “The whole poem was just me taking the smallest things and making them the most dramatic things ever,” she says. “That’s my thing.”

The memory is delivered with a laugh that’s both cheerfully infectious and a little bit badass, which pretty much captures Dasha at her essence. She is the super-nice popular girl you would peg as high school class officer (she was) and volleyball team captain (ditto), and, at once, the sultry, savvy R&B-inspired performer who’s been taking her cues from the fearless women in her family since she stepped on a stage for the first time as a toddler. As she puts it: “I’ve always been surrounded by women that are just so unafraid to get what they want. I guess I picked that up.”

Such empowerment suffuses every song on Dasha’s upcoming EP, due in early 2021, which features a collection of tracks that confidently mix heartfelt songwriting with catchy pop hooks and a touch of West Coast R&B. But don’t let Dasha’s self-assurance fool you. She’s about as real as it gets, whether she’s talking about her first crush or the twisty-turny meaning behind her latest song, “None of My Business.” (Spoiler alert: it’s about a boyfriend who is, let’s say, not very nice.) No matter what the topic, her answers make you believe her when she says, “I’m not a dark person. I mean, I think I’m just very transparent. My music is intimate. It’s relatable. It’s kind of weird, but when I think of me, I think of the word ‘pink.’”

Read on, and you’ll see what she means. Quadio caught up with Dasha by video chat from her family’s home near San Luis Obispo, where she’s passing quarantine “writing more music than ever” and attending a local community college. ‍

I stepped on a stage for the first time when I was three -- it was for some local musical theater show -- and all I wanted to do was to stay there. I actually have this distinct memory of it. Everyone else in the show was an actual dancer, and my job was to run up on stage and just stand there for a while. And the audience would love it; I think they noticed I had so much confidence. They were like, “Dang, that three-year-old is really owning it.” I was obviously just loving the spotlight. I had no idea what was going on. All I knew was I was getting applause, so I was like, “Yeah, this is me.” ‍

Did you come from a musical family?‍

People have asked me this so many times. My family is very musically inclined, but besides myself it’s only my brother Bardo who is actively in the music business. He’s a producer and songwriter and in the band Beauty School Dropout. But otherwise, it’s pretty indirect. My grandpa plays harmonica and my great grandmother could sing. My mom has a great ear for music and is a radio DJ. My dad dances and is musically inclined, and my little sister plays piano. I’m really blessed to come from such a musically supportive family. ‍

How did you get from loving the applause to where you are now, meaning, actually deserving it?‍

Ha, thanks! Thank you for saying that. I’d have to say, things kind of started in elementary school. There was a local songwriter named Deb Henderson. She had a son my age, and she became our mentor. We would sing her original songs in the coffee shops in our area; we’d do a lot of gigs. Then, when I was around 11, after I started playing guitar and piano, she helped me write my first songs. I think I’ve always known that I’m a natural born entertainer, though. ‍

What was your first song?‍

It was called “Talk to Me,” and you, know, it’s pretty good for a 12 year old! It was about my first boyfriend. I was crushing so hard, although it turned out he wasn’t even straight. Whatever, it felt very real for middle school Dasha at the time. It was my birthday present for my 13th birthday to record it, make a music video of it, and release it everywhere I could. At the time, I was going to a music academy run by Darren Clark, who’s in Nashville now. He really helped. And once again, when all that happened, I was just like, “Oh my God, this is what I’m meant to do for the rest of my life.” I think that song and video eventually got like 30,000 streams. It was super fun, and I got really positive feedback and that just drove things.

Drove them where? ‍

Forward, basically. I just kept writing songs, most of which were absolute trash. But you have to write bad songs to get to the good ones. And then, two years later, my brother and I went to this songwriting retreat in Cambria, California, where industry professionals came to talk to all of us. And I still remember that moment sitting at the piano playing my song “Black and White,” and this one industry person said, “Holy shit. You got it. You have to keep doing this.” And I was like, “Okay, I will. I promise.”

Driving home, well, Bardo was driving because I was like 13 or something, and he was just like, “Oh my God, we're going to be famous,” and I was like, “Oh my God!” And of course that literally meant nothing, but we just felt so alive inside. On the drive home we kept saying, “Oh my God, this is going to happen. We’re going to do it.” That was just a really cool moment that Bardo and I shared, and that definitely outlined a lot of what we’ve been both driving for ever since.‍

Why not, at that point, just ditch high school for a career?‍

Honestly, early on, there were industry people who I got connected with who suggested I leave school and move down to LA and actually just start developing myself as an artist full-time, and do online school. So I had to make that decision when I was 14, right before I went into high school. But I couldn’t leave. I just valued high school and my social life too much to break off from everything. I knew it was going to be a disaster if I didn’t go to high school. I needed to experience prom and doing the normal high school things. I was just too much of a normal child and a socialite.‍

But it’s not like you stopped doing music for four years, right? ‍

Oh my God, high school was me in the studio really, really, really late at night, just working on random, random stuff. Like working until four in the morning, night after night. Then, the summer when I was 16, I went out to Nashville to visit Bardo at Belmont, and I just fell in love with the environment and the feeling. ‍

Did you think your genre was going to be country?‍

I started off writing straight-up country music. I thought it was the best thing in the world. And I've been a 100% Swifty from day one. She was the biggest influence on my life as a child. Oh my God, I was obsessed with her. But then I discovered all the other genres. I started getting into Julia Michaels, and now Bazzi is a really big inspiration too. Jeremy Zucker is really dope, and Justin Bieber, honestly. And Dua Lipa. So, I love country music. But it’s not my genre anymore.‍

The lead single on your upcoming EP is called “None of My Business.” It’s such a “Bye, bitches” song. What’s it about?‍

That song is 100% about walking in on your boyfriend and your best friend. That actually hasn’t happened to me, but I’ve felt that feeling, if that makes any sense, so the emotions are super real to me. Which explains the twist of the lyrics, because instead of taking the approach of, “Oh my God, oh my God, I can’t believe this,” and crying, “I have no self worth,” I basically say, “Wow, this sucks for you because you don’t get to have me anymore.” It’s like me saying, “Okay, bye. Have a good life. That was dumb of you.” And then I go and have a good, fun day with my girls.‍

You have so much optimism and self-confidence. Do you ever doubt yourself?‍

Of course. I actually get really anxious sometimes. But self-confidence was just something my parents always really encouraged in us, to be wholly who you are and absolutely own it. You’ve got to 100% believe in yourself before anyone else can, and be your own cheerleader. And I guess I’ve just believed them. And I’ve taken a lot of strength from badass women in my life. My mom is amazing. She’s so smart, she’s an architect. My sister has the most confidence in the world. My grandma was the only female in her medical school, and she was pregnant at the time. It’s just so many women have surrounded me in my life, and continue to. So I guess that’s where the “You can’t fuck with me” comes from.

You have to love what you do and confidently believe in your art. I think my music is dope. I listen to it on my own. I love my songs. I’ll totally bump to them when they come out. You know how you can be friends with people on Spotify and see what they’re listening to? I've got a few texts from my friends like, “Why are you listening to yourself right now?” I’m like, “Why would I not listen to myself right now? It’s a good song!”