If you could use a shot of resilience, and who couldn't, have a cup of Joe. 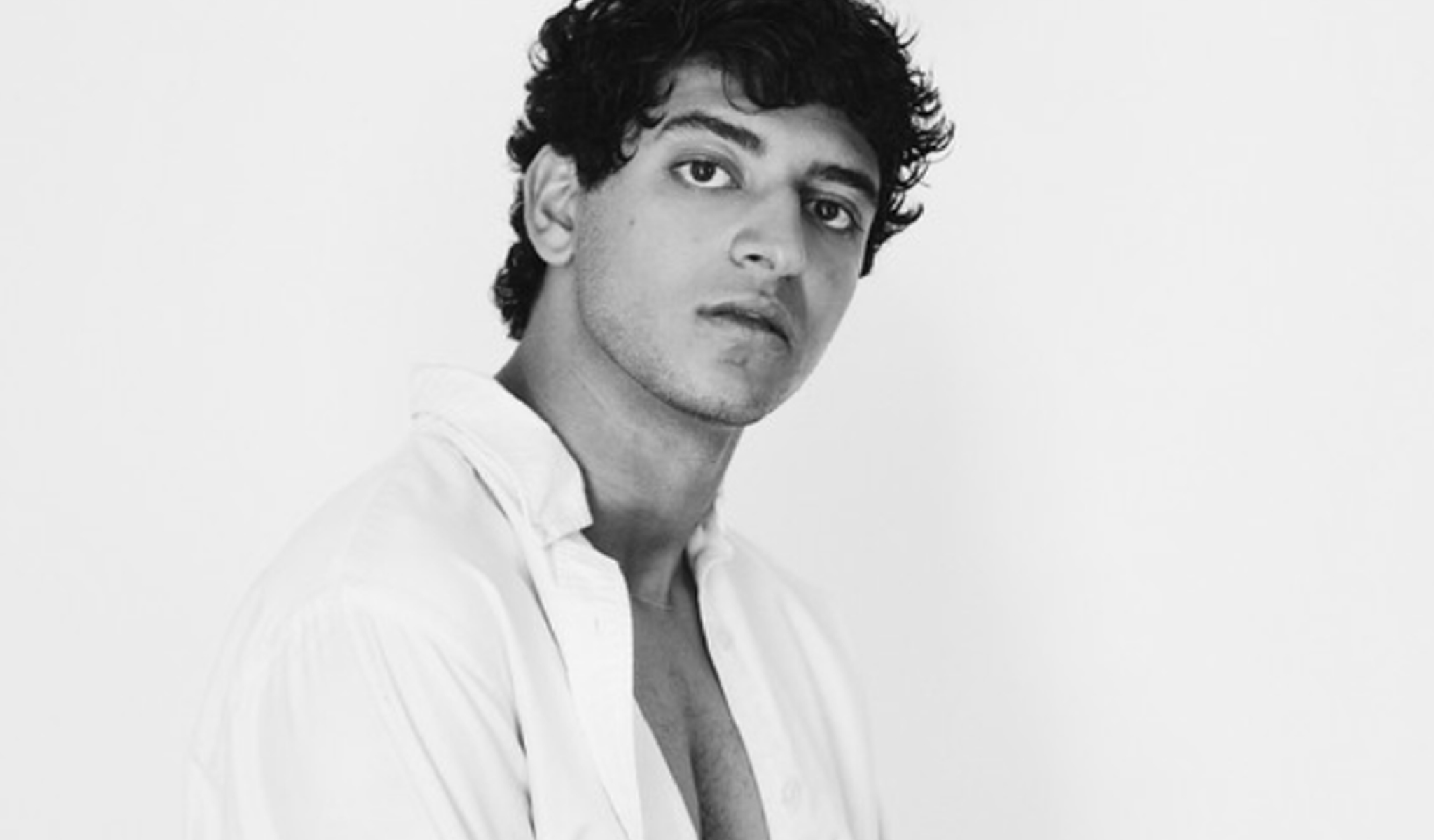 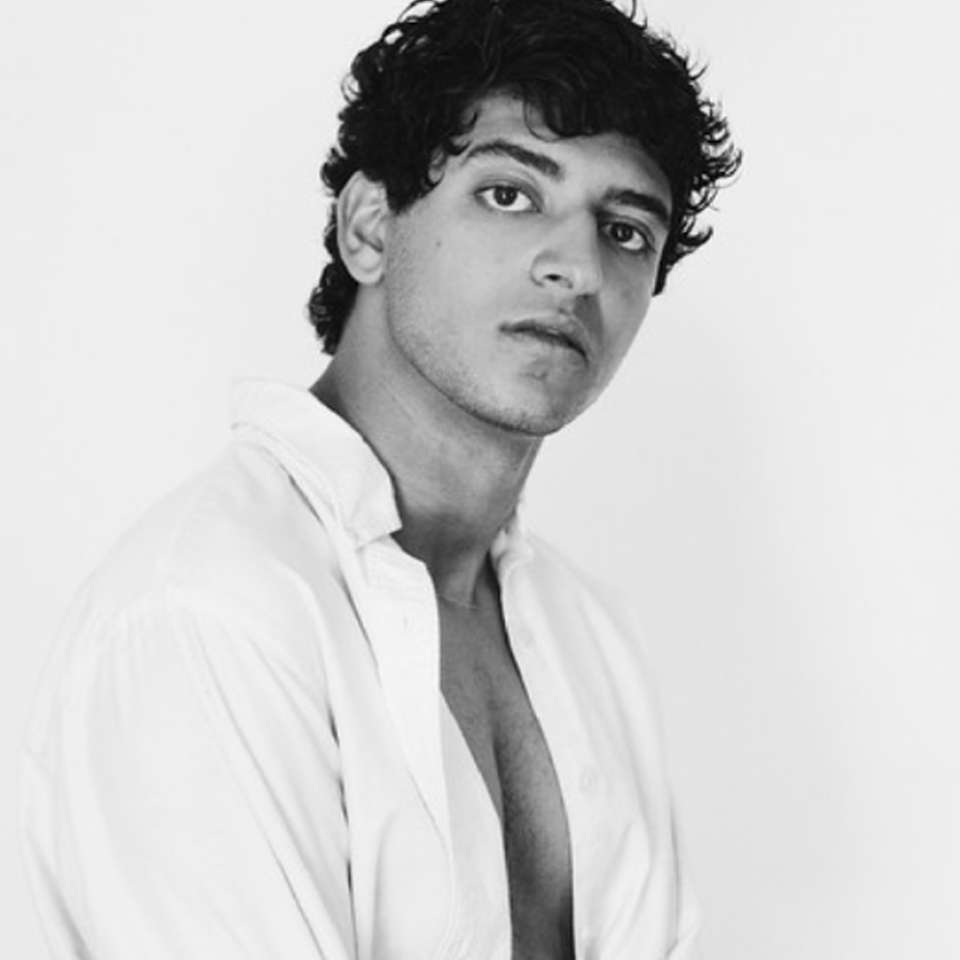 For some people, resilience is something they work on their whole lives. For Joe Daccache, resilience seems like something he was born with. And perhaps it’s no wonder. His parents started their lives, careers, and family in war-torn Lebanon, immigrating to America in 2002, when Joe, the middle of three, was seven. Adjusting to a new life in the States would be a complex enough journey for one lifetime. But for Joe, it was only the first hurdle. He had yet to reconcile his sexuality with his parents and their conservative background, and then came the cancer diagnosis that turned his world upside down.

And yet -- thanks to his faith, his family, and music amidst the darkness, he says -- he met those hurdles with what can only be described as grace and positivity. And although his career has just begun, he has the quality many superstars do -- a kind of radiant warmth that makes you feel seen and known. That warmth is evident nowhere more than in his music, which is one uplifting, falsetto-laden neo-soul anthem after the next. Anthems that seem to say, “Hardships are a fact of life. How you handle them is totally up to you. And you’re going to handle them just fine.” Anthems that are surely one reason he won the John Lennon Songwriting Contest -- an international competition open to both amateur and professional songwriters of all ages and whose panel of judges includes legends like Bob Weir and Jimmy Cliff.

Quadio spoke with Joe from North Carolina, where he’s been quarantined with his family before he moves to LA later this month.‍

Yours is an immigrant story at its essence, isn’t it?

My dad came here not knowing a lick of English. He was just like, “Let’s do this.” I admire him so much for that. Anyone that immigrates -- it’s nuts to think about the bravery that goes into leaving everything you know behind -- no matter how scary what you’re leaving behind is. What goes on in the Middle East can be terrifying. The explosion that happened in Beirut this August is just one example.‍

Was it scary for you growing up?‍

No, not for me. For my parents, though, yes. It was really bad with the war when they were growing up. Every story they tell us, they’d be like, in a basement somewhere, but regardless of what was happening outside, it would be...almost like a party scene. They would have guitars with them, they would be playing the durbakke, and they would be singing. Because the war was an everyday thing. So they had two choices. They could live in fear and deprive themselves of the joy that there is in life, or they could figure out a way to maintain life and find the good in it, even under those circumstances. Music was that for them, and music is a part of me because of that history.‍

You were raised in a traditional Lebanese household. What does that mean?‍

When did you come out?‍

When I was 17 I told my brother and sister, and then a few years later I told my parents. But it was literally like I didn’t even tell them, because I was crying so hard that I couldn’t get it out. I had my sister on FaceTime and she had to say the actual words for me.

My dad said, “You’re still my son. This doesn’t change anything.” Though if I’m being completely transparent, for the first two years, it was still like the elephant in the room. It feels like it’s changing now. My mom and I recently had a really good conversation about it -- about how what I am doesn’t change who I am, and I think it really clicked for her. Then she talks with my dad and they’ve been able to move forward with it and talk to me about it instead of just being like, “I still love you, but let’s not discuss this.”

They also know my relationship with God is so strong, and I think that’s helped them to see like, “Okay, this can’t be so wrong if we see someone like our son -- who is so faithful to God and relies on his faith in everything -- experiencing this.” ‍

It’s interesting that we were talking about a “conservative” home, because it actually seems like there’s a lot of love and acceptance happening. ‍

Yeah, I think a lot of that is just the vibe of my family, my parents...every day their friends would be over, and it was always such a positive and light-filled home. I grew by meeting all these different types of people. They wanted that for us. So even though they were strict in certain ways, I think the fact that they are so outgoing and so full of life is the reason why I am who I am today. And it’s the reason they are as accepting as they are. I have no doubt in my mind had I told them when I was 15, it wouldn’t have been any different.

They were especially supportive with music. I was a terrible singer. But they took me to Charleston to audition for X Factor when I was 14 and I sounded like a cat. ‍

I mean -- I didn’t know how to use my voice until recently. But I’ve wanted to be a singer since I was six years old. I have pictures of me in the Lizzie McGuire headset, holding a Nutcracker figurine, pretending it’s a Grammy. But growing up in North Carolina, it felt like the only way to make it as an artist was to be on a television show. That’s all I knew -- I had to get discovered. So I auditioned for X Factor and American Idol but nothing was happening for me. I was like, okay, no one is going to discover me, I have to put in the work. The [John Lennon] songwriting award was my first real win. ‍

That’s a very big first win. How did it happen? ‍

When I was 18 or 19, I submitted “Should Have Known Better,” a song I wrote in high school. I heard about the contest because I had been researching, and I was like, you know what, why not? I had submitted the year prior, and I didn’t get placed. But I mean, being in the industry, or actually, regardless of industry, you’re always going to be failing at something. And to go, “Oh, I didn’t make it the first time, why would I make it now?” You’re never going to move forward. So I tried again. I got third place, and they gave me a small scholarship that went towards Belmont. That was a really special moment.‍

What have you learned about music in college?‍

Things started really progressing when I did Urban Pop at Belmont, which is a showcase. After that, I was like, okay, I have to figure out what my direction is -- how I can portray who I am through music, and not just have a beat and sing on top of it? There’s a difference between being a singer and being an artist. Anybody can sing and call themselves a singer, but an artist is somebody who’s able to emote. So I started doing more sessions with different people, figuring out how to write for yourself versus someone else, and taking a few singing lessons, which really helped me learn how to place sound and have it resonate.‍

Let’s talk about “Better Days,” which might be the first upbeat song about cancer.‍

[Laughs] Right. We found out my mom had cancer in August of 2019, but I didn't write that song until January. I had tried so many times, but it always ended up sounding so depressing, and that didn’t feel right. I knew I wanted to carry the light that my mom is through that song. I wanted her and anyone listening to know, “It’s hard right now, but we’re going to make it to the other end.” It’s my favorite song that I’ve ever written. And thank God, she’s in remission now.‍

Are you excited about moving to LA -- or scared? ‍