His name in Igbo means “peace.” He could’ve fooled us. 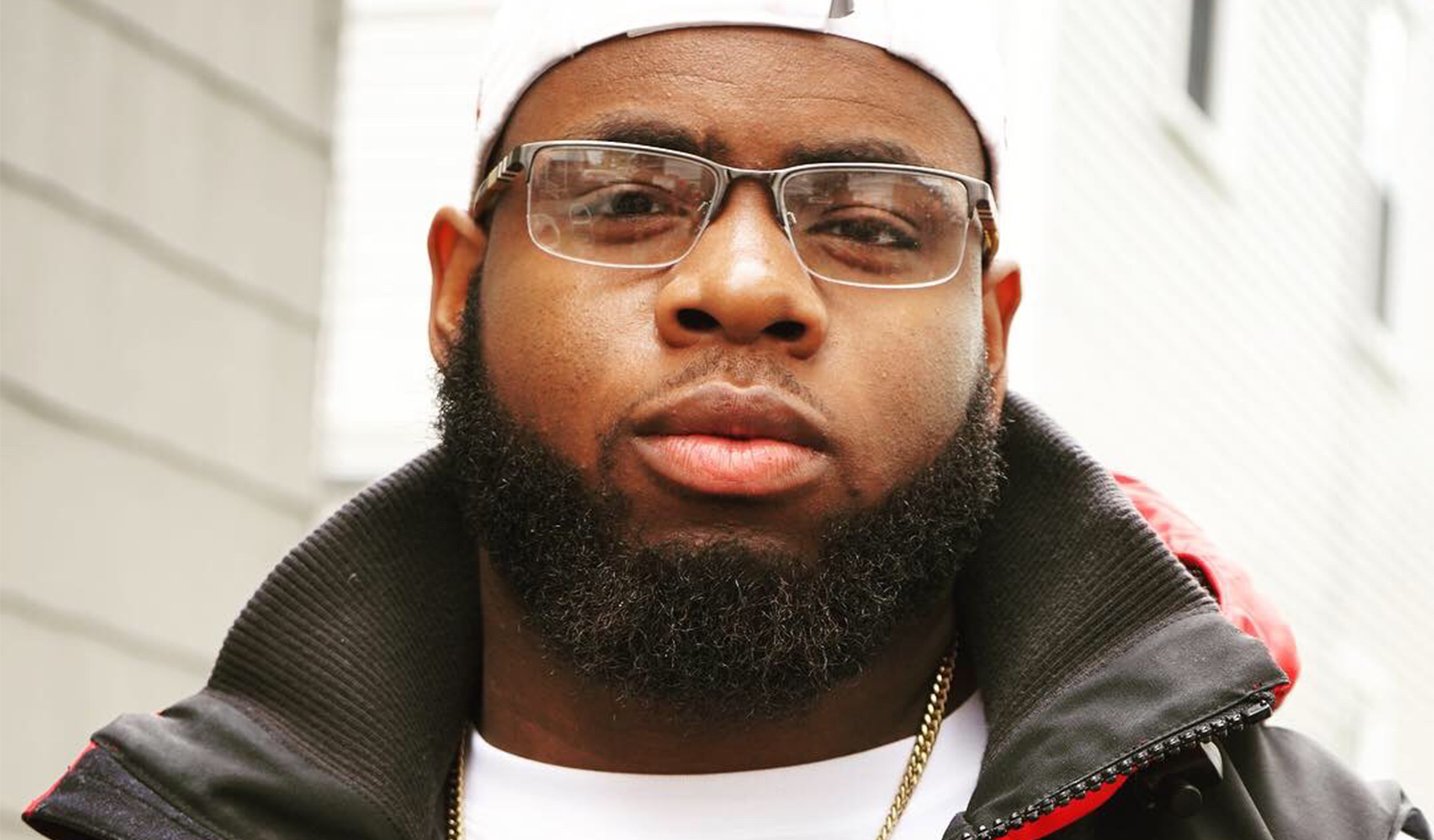 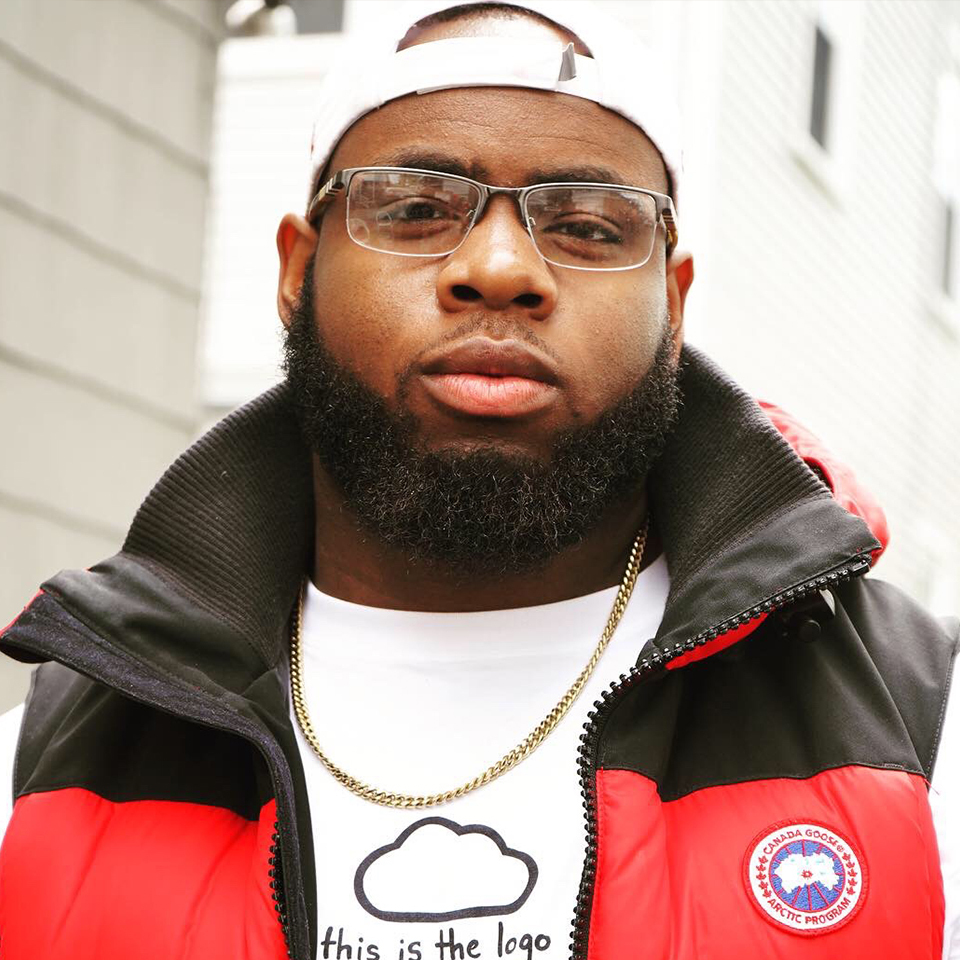 There are three things that are never safe around Brown senior Kingsley Ejiogu-Dike: quarterbacks, beats, and dance floors. (Yes, the middle linebacker can moonwalk. More on that later.)

Kingsley, who goes by the name ATM King as an artist, grew up in Brockton, Massachusetts, the child of Nigerian immigrants. His parents’ struggles gave him perspective, he says, noting that whatever he goes through, "I understand it's going to be hard, but it's not as hard as it was for them. So no matter what it is, I got to get it done." He took that attitude -- and a serious growth spurt -- onto the football field in high school, where he led his team to the number two ranked defense in Massachusetts by the time he graduated. He was promptly recruited to Brown, where that same can-do attitude had him wrestling with (and eventually conquering) the art of coding. He’s graduating this spring as a computer science major.

Kingsley -- a little too busy in the world of computers, or off dominating the gridiron -- never thought about music in a serious way. Not until his freshman year roommate heard him rapping and brought him along to band practice. But he took to rap as quickly as he took to football, and has since released a slew of tracks and music videos. He also co-founded a creative collective of students at Brown committed to "having their hands in everything," not just business and tech, but music and fashion, too.

Kingsley's name in Nigeria's Igbo language means "peace." Truth is, peace isn't exactly something he's too concerned with getting in his own life right now. He's too busy doing it all. Read on to find out why, and where he hopes his take on life will take him.‍

Your parents have sacrificed a lot for you to be where you are today.‍

Yeah. They're both from Imo state, in Nigeria. Both my parents immigrated to the US in the lat 90’s. I feel their sacrifices in everything I do, whether it's football or any of my entrepreneurship ventures or music. The stories they tell me about the lives they had to live, the things they had to go through...they were both born right after the Nigerian Civil War, so it was a country in turmoil. They carried a lot of those experiences over with them to America, which was this seemingly progressive place, that was completely new and different for them. They had to totally start over. Everything I've done in my life, I've always been like, "Nah, I understand it's going to be hard, but it's not as hard as it was for them." So no matter what it is, I got to get it done.‍

Did you grow up listening to Nigerian music?‍

A lot of my early music exposure was to Afrobeats. My older brother would always send me music, tracks like "Yahooze" by Olu Maintain, and I'd be like, "Yo, these feel crazy." My mom was a dancer -- she would dance around the house every day. She's actually a Zumba instructor. So music was playing all day in our house. It was a lot of Fela Kuti, who is an icon in Nigeria. On the hip hop side, Lil Wayne's wordplay was always the craziest thing in the world to me. I remember listening to his track "A Milli" for the first time and hearing him talk about "Nigerian hair." That connected with me right away. I also listened to a ton of Michael Jackson. All the time during elementary school and middle school, "Beat It," "Bad," all of them. I had a big boy moonwalk. ‍

You growing quickly -- did that lead to your football career?‍

I was a big intramural kid at first. I always played out on the playground, always played basketball. It wasn't until middle school when I was playing flag football that my best friend's father was like, "Come play for the Pop Warner team with my son." I immediately fell in love with the game. I started off playing offensive line and D-end. I was a natural at it. By the time I was entering high school, all the coaches reached out to me to make sure I would play for Brockton High, my hometown high school. I was like, "Let's do this." We had been the number two ranked defense in Massachusetts by the time I graduated. I played all over the field in high school, offensive line, d-end, tight end, fullback, middle linebacker -- they pretty much just plugged me in wherever they needed me. ‍

Football is a huge commitment. When did you start thinking about music? ‍

For a lot of my school projects when I was younger, if I had a chance to be creative, it was something on the music side. I'd make a song about whatever history topic. I was always rapping with my friends and we would record little things on our phones, like diss tracks to each other. That was always a thing, freestyling, cooling it. But before college I didn't record anything. It wasn't until I got to Brown and my freshman year roommate, Ray, he heard me rapping in the room all the time. Rapping in the shower, rapping in the bathroom, wherever -- and he was in a band. He was like, "Yo, come rap for the band." I pulled up to one of the rehearsals and I was like, "What a chill vibe. This is dope." It was funky, the organic sounds of the instruments. Everyone in the band was fired up. After that, any chance I had to record, I would take it. ‍

Tell me about the ATM squad.‍

That's my creative group. ATM stands for "Across the Map." The original idea didn't really involve music. It was more of a group of people that I met at Brown, all these different men and women that have influenced me. We all have this common understanding of, "Okay, yeah, we're at an Ivy League and everyone expects this serious business, money focused, money driven, all of this, but we also have this artistic side, this expressive, creative side." Brown is right down the road from RISD, which is the number one arts and design school in the country. We realized that and we were like, "This is a crazy resource." So we started interacting with people there and talking to them about their experiences in the art world. Everyone is always trying to put people in a box. You have to be an athlete, you have to be a tech head, you have to be a musician. We all had this same realization that we shouldn't have to and didn't want to pick just one thing. We were just like, "Nah, we're gonna have our hands in everything." That's why it's called Across the Map -- everything from tech and healthcare to culinary arts and fashion.

On the music side of things, it started with just my boy EJ and me, then my buddy Sam came into the picture, who's a crazy music head. We would talk about music for hours. Eventually, Sam was like, "We can really do this. Y'all are talented." So we went to the studio. The first track we recorded was called "Butterflies." The verse I used was something I had written in the seventh grade.‍

No way. What were the lyrics?‍

Rest in peace to all the lost souls

Who gave up dreaming, threw ambition in a dark hole

I told my mama I’mma make it, stay away from them hoes

Find me a queen, build a home, where we can grow old‍

I had freestyled it with my boy Andy and my boy Roberto. I honestly don't really know exactly what I was talking about. But I wrote it down, and eventually it made its way to the notes on my phone.‍

In addition to making music and being a D1 athlete, you also major in computer science. That feels like a lot --‍

Yeah, managing my time can be a hassle. Honestly, I left Brockton High saying I'd never take a science class again. I came to Brown planning on majoring in BEO (Business, Entrepreneurship, and Organizations), but then halfway through my freshman spring, my buddy, who was a senior, sat me and a couple friends down and was like, "Let me talk to y'all about CS." He had just interned at Snapchat, and Twitter before that. He's also another Nigerian, first generation college student. He said, "Listen, this is the future. Everything is leading towards tech. Everyone, everything is code, code, code. No matter what you do in life, this is somehow going to be integrated into your career. Why not be part of that?" We were like, "Hmm, that makes a lot of sense." Then he pulled a challenge. He was like, "Just take the intro course. What do you have to lose?"

We took the intro course and it was the hardest thing I have ever done in my entire life. It was beyond frustrating. I have never felt more stumped or incapable. But at the same time, that pushed me. I was like, "Nah, this is not how it’s going to go. I'm going to bounce back." Every time I did figure something out or something made sense, it was the craziest sense of satisfaction that I had ever gotten. That feeling made me want to keep pushing. I kept going, stuck to the courses, and eventually interned for two summers with Uber Technologies. ‍

Your parents must have been super proud. How do they feel about your music?‍

They really support my music, especially my mom. I send all my tracks to my mom.  She's like, "Hm, I don't really know what you're saying, but I love it." She likes to dance to it, obviously. My dad is an old head. When I send stuff to him, like "Dapper Don," he's just like, "Oh, yeah. This is big. I like this." My little sister is supportive, too, she's always like, "Let me help you get better. I'mma put you on." It's dope. And my older brother, like I said, was a big inspiration musically for me early on. He's always just like, "Yo, I got you. I'll send it to whoever in Nigeria."‍

What are your favorite lyrics you've written?‍

One that's always stood out to me is at the end of the chorus in my song "Visions." It's very simple, just, "I thought I had it figured until my dreams got bigger." I love that line, because early on in high school I had this idea of what I wanted my life to be. It was comfortable. But it was all based on a small scope of experiences. I went to college and I met all these people, and started doing and experiencing more, and life hit me crazy. I was just kind of like, "I can do things. I can really do things with my life, something crazy. Something a lot of people might think is not possible, but it's really right there. The opportunities are there. You just have to take them."‍

So with that said, what are your plans post-grad?‍

My goal is to go full on with everything. With tech and with music. Again, that's the thing. I don't feel like I have to choose. I feel like I can embody all of them and be king at all of that.