The story of an artist who almost wasn’t, but had to be. 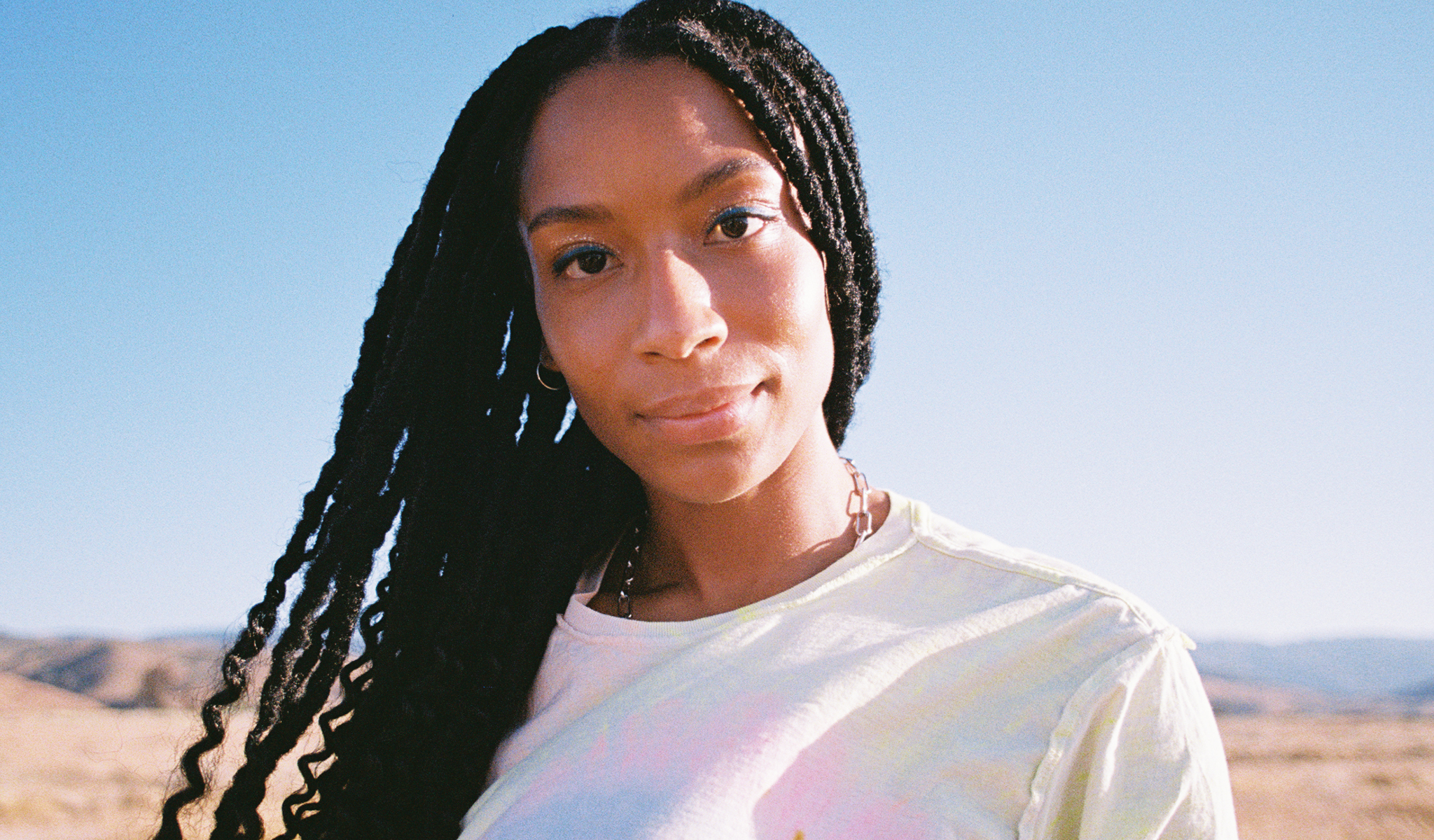 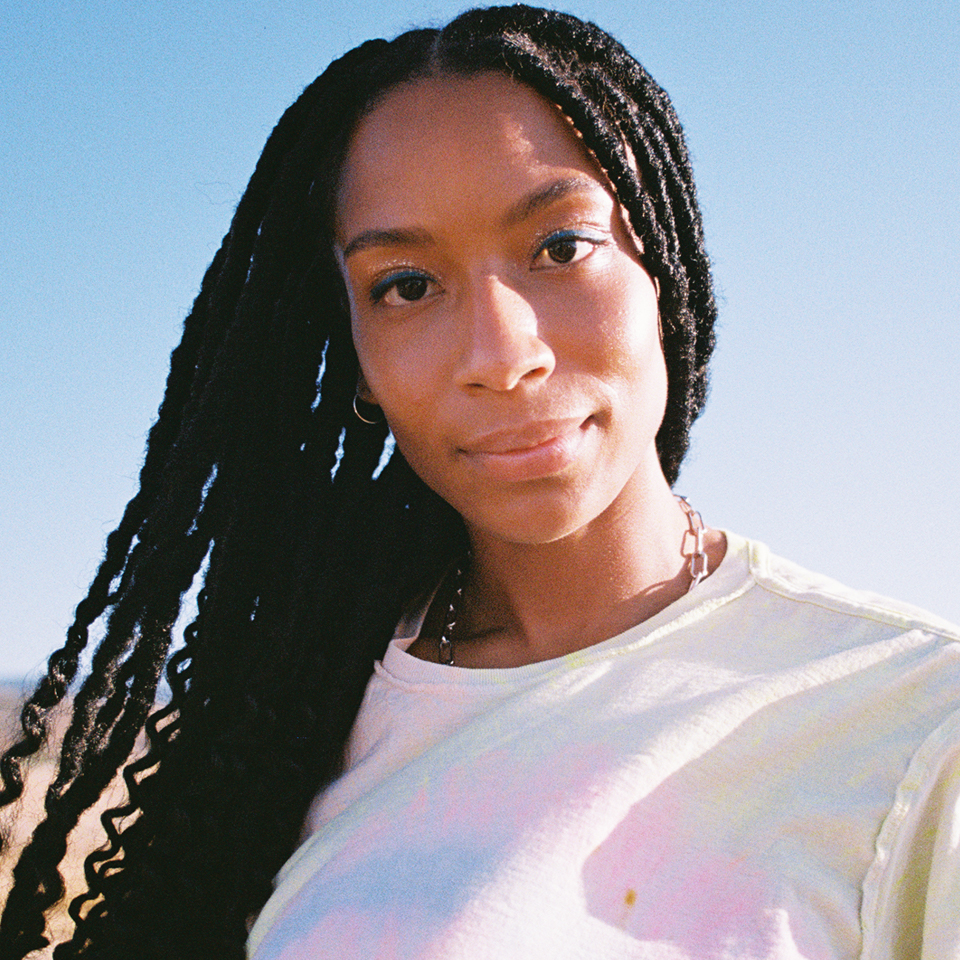 Some artists develop a persona along the way to fandom or even to a small following -- a dusted-up, glossed-over, or otherwise edited version of themselves they want the world to see. For Boston University singer/songwriter TALIA, putting such a wall, even a paper thin one, between herself and her listeners wasn’t an option, a choice made all the more stunning by the fact she almost gave up on her dream of becoming an artist to pursue a more “reasonable, practical” career.

Today, TALIA, who graduated in June, is working on making a life out of her music from her new homebase in New York. Her evocative blend of R&B and bedroom pop, with silvery ribbons of Solange, FKA Twigs, and Clairo woven through, shines in singles like “colder,” released yesterday by Quadio Records. Indeed, her upcoming EP, “headrush,” which explores mad love and messy endings, searches every corner of TALIA’s soul, with lyrics that both ache and soar. “I wanted to pour out the emotions that have brought me to this moment; I wanted to ask the questions on my heart,” she explains of her current project, “and tell the story of the journey of me becoming who I am to this day.”

TALIA will be the first to tell you that that journey was not without its valleys. Born to Carribean immigrants in New Jersey, she moved with her family to an Atlanta suburb when she was five. Her parents juggled multiple jobs to get by, trying to overcome their “very humble beginnings,” as she puts it, to create a better life for her and her brothers.

Along the way, TALIA’s life was also, and always, filled with music. Reggae, soca, rock, hip-hop, indie -- even classical. When times were hard, and they often were, music was the balm.

Until the day it seemed music had to leave for her life to go on.

TALIA spoke to Quadio about that moment of truth, and the “miracle” and the life-changing changes that followed, by video chat.

It all started with piano lessons, right?

Well, not exactly. My dad was always working, but when he wasn’t, he had a band, and they would always be playing at local venues. There just happens to be a pretty big Caribbean community in the area that we were living, and I remember a lot of the time, I would be at those concerts, just watching my dad play. I always was drawn to music because it was around me. My dad had instruments everywhere, and very young, I started picking up the keyboard.

Then at seven, my parents started me with classical piano lessons. My teacher was the sweetest thing, a very cute, sweet old lady. I stayed with her until I was 16, and it was hard to go because I was one of the students who had been with her the longest. But the truth is, I got bored of it. I was learning classical music, but it never interested me. I always loved pop and reggae. My brothers were into a lot of R&B and rap. I was like, “I don’t want to do it anymore.” What I wanted to do was to teach myself how to make music in other genres.‍

What was driving that urgency?

I feel like I’m just really emotional. As a kid, I remember anytime I would cry, I would go to my room and write a song or edit a video or dance. Something to get it out of me. I had a lot of emotions inside and that’s how I dealt with them. ‍

Did you always think you would grow up to be an artist?‍

At first. Then, at one point in middle school, my family was really struggling, and I pulled myself away from music. I was always a good student, so I threw myself into my schoolwork and I just out of nowhere announced, “I’ll be a pharmacist,” even though my whole life, even from age seven, I was like, “I want to be an artist. I know I’m an artist.” I think I felt I needed to take a reasonable route. Music would not be something that could make me survive and bring me money and a livelihood.

You know, I’d watched my dad do two jobs basically. He did construction and then when he had time, he would do music. Not that he would be making a lot of money doing these gigs, but it’s what fueled him and what brought him happiness. I felt like I didn’t see a way for me. I think I was tricking myself a little bit into letting it go. I started telling everyone, “I don’t really like this, I’ll just do it for fun. It’s nothing.” ‍

How long did that line last?‍

Until I did a summer program at NYU right before senior year. It was my first time being away from my family for a long time, and I could just be myself and figure out who I was for two months, and focus on art. I’d never been able to do that. It was always schoolwork, and thinking about the stress that was on my family. For a moment, I was able to go away, and just be an artist. That was a privilege that I hadn’t had before. I really came into myself. The NYU program was film, but I was also around a lot of musicians and I was like, “Whoa, there’s so many things that I want to do. I love music. I love film. I love acting. How can I do it all?”‍

So it was back to being an artist? ‍

For a moment -- because the day that I got back from New York with all this energy and fire in me, that’s the day my parents separated. The struggles just caught up with them. I felt like my world literally blew up in my face; I didn’t expect it. And I felt myself shy away from the idea of art again, because I was like, “I don’t know how I’m going to do this. I don’t know how practically I’m going to pay to go to school.”

But somehow, some way, I had auditioned for this acting program at BU, and mind you, I hadn’t ever done theater, never trained. I’d just always dreamt of being an actor. But I was like, “Let me just try,” because I saw that BU had this opportunity and I had decent grades. So I went for it and I got a full scholarship.

When you went to BU, was the plan to become an actress?‍

I still wasn’t sure of my medium or where my interests would lie. I didn’t know if I was a good actress; I thought, “We’ll see. I’m just trying this out.” Now, I have to say, I think that was the best place to start for music. Because acting training is literally just training you to be vulnerable and strip away everything, all the walls that you have up, and just be a person. That whole first year of training, I realized how much I had shielded myself from, because I was carrying a lot of the stress from my family, carrying stress of me trying to figure out school and life. I was carrying a lot.

Somewhere along the line when I was younger, I just locked it all up and blocked myself just to protect myself. I think college was me becoming my younger inner child again, truly. I got back in touch with that emotional part of me, and that more joyful part of me that I had.‍

How did that affect your music?‍

A lot of it is about love and pain and the people that have brought me both. That’s how life works. I’m also writing music to answer questions for myself, or to pose questions for myself. How do I move forward after I’ve gone through this experience? With “Shiver,” I wrote that after feeling very alone, coming out of a relationship and wanting to understand why relationships have to end in such a way where it feels like there’s no closure. “Shiver” is a lot about having faith in someone and that trust being taken out. My music now, it’s very personal. It’s about the moments in my life that have brought me to this moment. It’s raw. It’s authentic, and that’s what I crave as an artist most, authenticity.‍

How would you describe your genre?‍

I don’t ever write really to a specific genre. I think that’s really because I really pull from everything that I listen to, and I listen to so much fucking music, it’s crazy. But if I had to put a name on it, I guess I would say alternative because it’s so genre-bending. ‍

I would love to make enough money off of my music so music is all that I have to do, but that’s not success to me. Even if I had a hit and made millions, that’s not what’s going to sustain me down the road, and I know that. Money and attention aren’t success. What really fulfills me is knowing that I’ve connected with someone, knowing that someone feels maybe nurtured or feels heard through my art. Beyond that, I just want the people that I love to feel proud of me, and that I can take care of them, and we can take care of each other.