Beatboxing by way of classical violin? It happens. Does it ever. 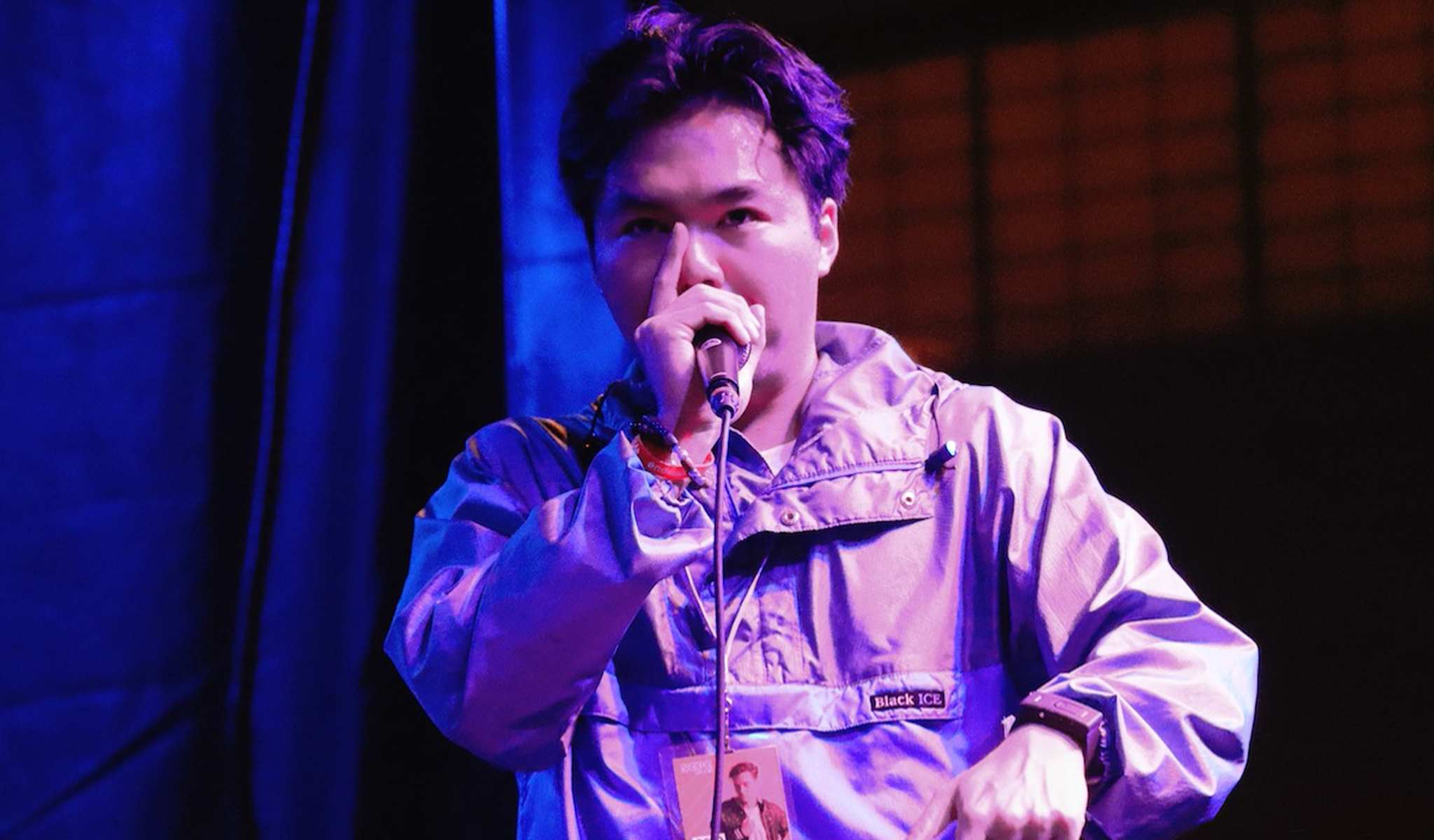 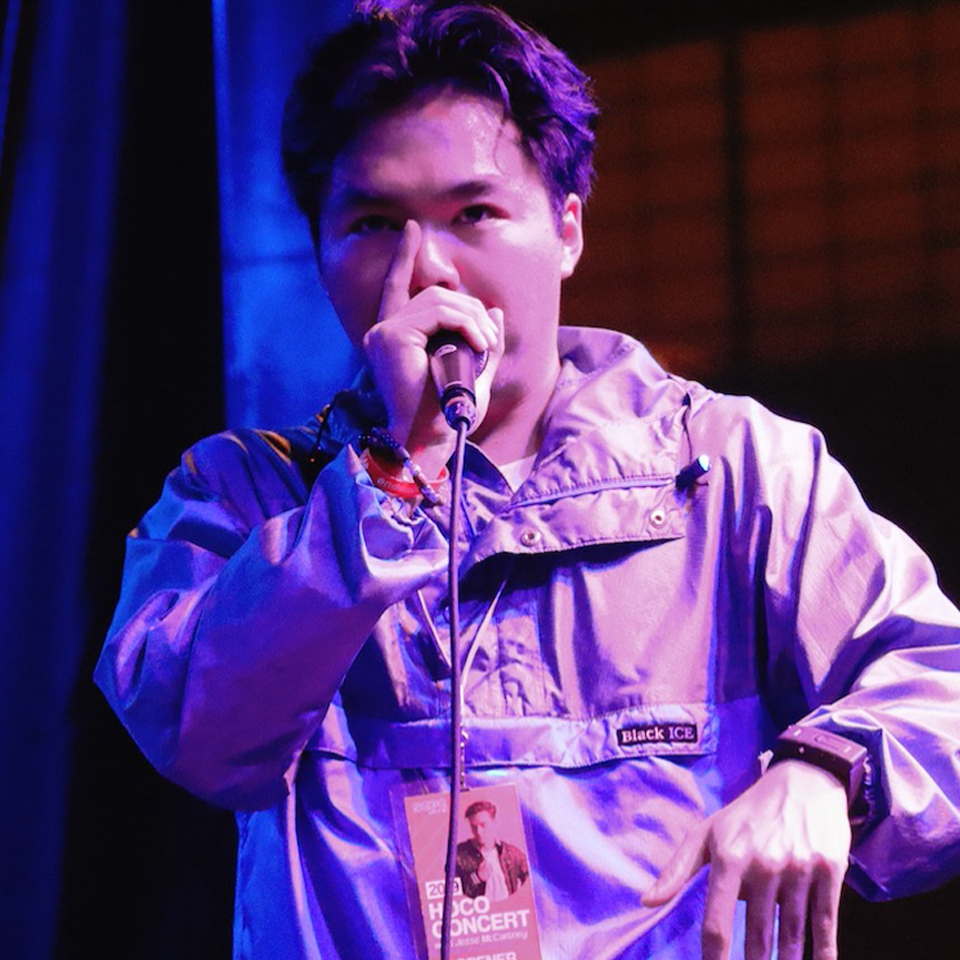 For 10 in 10 -- i.e. Quadio’s weekly artist interview series (yes, the one you’re reading right now) -- we’ve talked to a vast array of artists. Singer-songwriters. Rappers. Folk duos. Lo-fi beat makers. Rock bands. But we’ve never talked to perhaps the most fundamental musician of them all, at once the most simple and most skilfully complex -- the one who makes full-fledged songs by mimicking instruments with just their voice box. The beatboxer.

Enter Kento Yamamoto. The Los Angeles native, who is studying biomedical engineering, attends Georgia Tech. Music, it might be said, entered his life at birth. He was raised by two classically trained musicians, and not only did his mother teach him how to play violin, she trained him with a specific music curriculum that she herself created. But it was a beatboxing video he saw on Yahoo at age 12 that changed everything, sending him on a journey far away from, and eventually back to, his classical roots.

And in between? Science, synesthesia, and a whole lot of spit. For an explanation, and much more, read on.‍

To say you come from a musical family is something of an understatement, correct? ‍

Yeah, my mom was a violinist, and she played for the New York Philharmonic. And my dad played the sax -- he actually went to Berklee, but he studied music business there. Then he was doing some kind of business for the Philharmonic, and that’s how they met. They don’t perform anymore, but they still work in music. My mom started out with a music school, with her teaching violin and piano. That ended up expanding, and she started working on a music curriculum for elementary school kids that kind of teaches kids perfect pitch through associating color with sound. I was the guinea pig for that. ‍

That’s synesthesia, right? Did it work?‍

It is. She’s trying to induce synesthesia at a young age with perfect pitch. I’m not sure if it’s synesthesia exactly, but when I listen to music and hear specific notes, because each note is associated with a specific color, it does kind of pop up in my head. Like when I see traffic lights, like red, yellow and green, those three colors are used in her curriculum.

She also tried to teach me violin. That was an interesting experience. She kind of couldn’t separate teacher and parent. [Laughs] So then I started piano, and I liked it, but it still didn’t click. I wasn’t really a fan of classical music. ‍

So how do you get from piano to beatboxing?‍

In seventh grade, I was on the Yahoo home page and there was a viral video that was titled, “Super Mario Beatbox.” It was a Japanese guy, so as a Japanese person, I was like “Oh, wow, I want to watch this.” It blew my mind. I tried it out by myself at home, but I was too shy to share it with anyone. I was still watching beatboxing videos, though, almost every day, just exploring what was out there. And then in eighth grade I really tried it out for people, and I got so much shit for it.‍

Yeah, all my friends were like, “Stop spitting everywhere. You sound like fart noises,” and things like that. [Laughs] I kept watching beatboxing videos, but going into high school, I was like, “There’s no way I can share this part of me with people.”‍

I found this YouTube channel, the biggest beatboxing YouTube channel, and I started watching beatboxing battle videos as well. That’s when I was like, “Whoa, this is not just boots and cats. There’s so many other things you can do.” I really sat down and focused on the fundamentals and making my sounds sound better. And that pushed me to do more beatboxing in public, too. Eventually I had the courage to try out for my high school a cappella group as a beatboxer.‍

And how was the reaction in high school? Better than middle school?‍

Better, yeah. Everyone was like, “Oh, I didn't know you could beatbox!” For the a cappella group, I would consider that vocal percussion, because I was the back beat and I wasn’t actually making music. But I did a couple of solo performances with a little bit of beatboxing that I learned from YouTube videos, and a lot of collab performances, like with my friends, incorporating singing and beatboxing and guitar. I did a piano and beatboxing performance once with a vocalist.

I had been watching this one particular beatboxer, Gene Shinozaki, and he’s different from everyone else. He’s not super technical with the sounds -- he’s more music-oriented. He incorporates harmonies and melodies. Based on my previous experience with piano and violin, and my mom’s curriculum, I vibed with his style of beatboxing more. I was like, “I feel like I can use my strengths here.”‍

So your training with your mom came full circle. Was she surprised?‍

Not really, actually. She was like, “Oh, I knew you had good rhythm since you were young, so this makes a lot of sense.” And my dad played sax, so he knows jazz, he knows hip hop, and he thought it was really cool.‍

How does biomedical engineering fit into all of this?‍

Well, in middle school I was introduced to robotics. I was on a competitive LEGO robotics team, it was a neighborhood team. Coincidentally, the meetings were at the coach’s house, and the coach lived two blocks away from my mom’s music school, so it worked out perfectly. [Laughs] Since then, I always wanted to go into robotics, specifically medical and surgical robotics. That’s why I came to Georgia Tech. I’m in my fifth year of a five-year undergrad program. ‍

How do you still have time for beatboxing?‍

Georgia Tech is in the middle of Atlanta, so there’s actually a ton of hip hop culture here. There was already a beatboxing group at Georgia Tech when I came as a freshman. I was introduced to the whole community that way, and it’s really one big family. The competitions are just an excuse for all of us to hang out and jam. ‍

Does beatboxing figure into your future?‍

That’s actually one of my goals for the future with beatboxing -- to shed light on the hip hop community in general, because how the media portrays it is almost the exact opposite of what it actually is. I learned that through all the different kinds of people I’ve met in Atlanta. It’s the one community where I don’t see any segregation, no matter what someone’s socioeconomic background is, race, gender, whatever. I want to show that to the rest of the world.

As for way, way in the future, I think there’s a lack of emphasis on education in the beatboxing community. A lot of the really high-level beatboxers are high school or college dropouts who devoted their life to beatboxing. So as someone who is fortunate enough to be in college, I want to bring education into the scene and show how important it is. There’s a lot I want to show people with both my beatboxing and my professional career. It’s all integral to who I am.