10-in-10 with Howard's Autumn Jeannette

If a Disney princess was also your BFF. 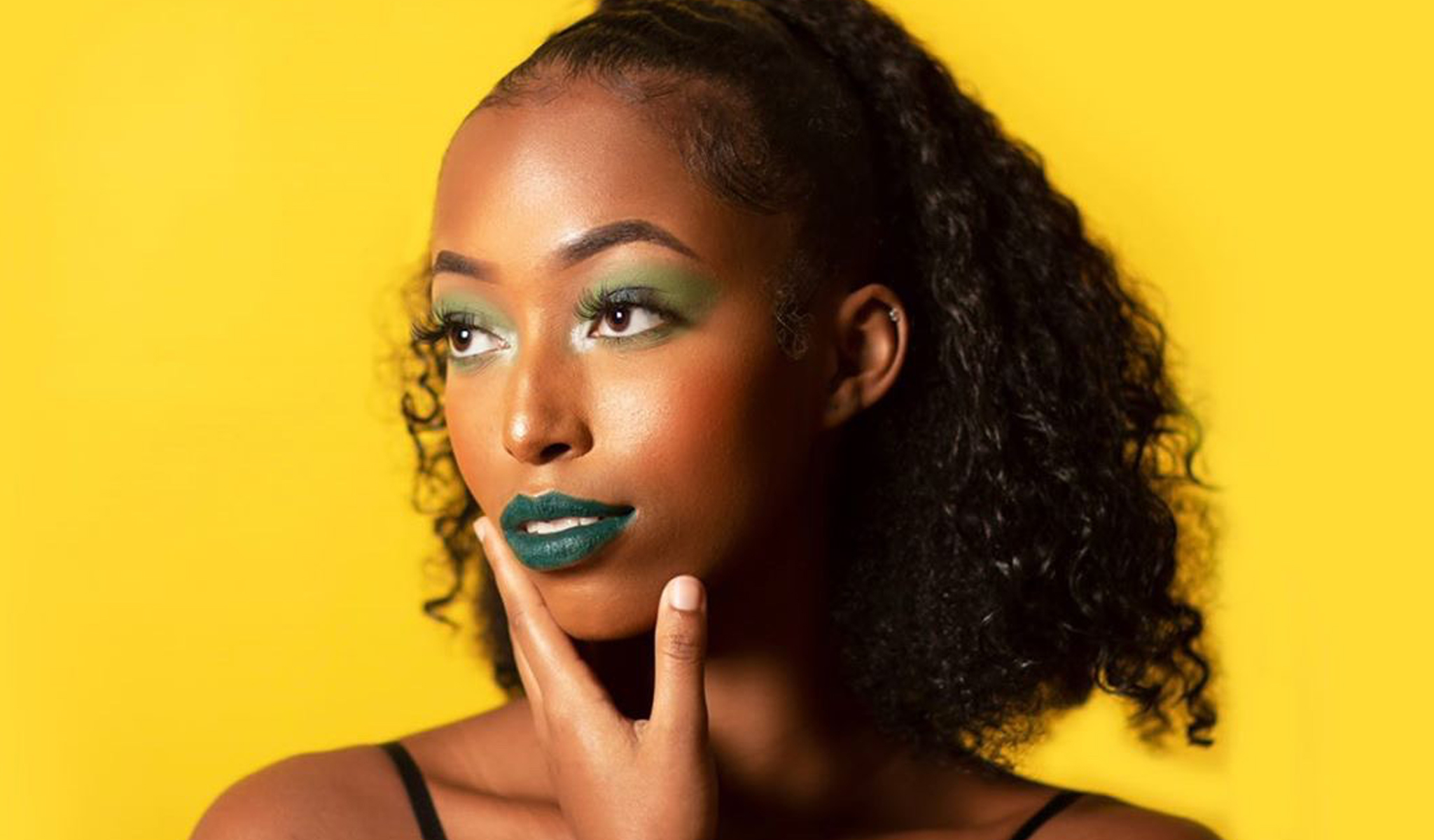 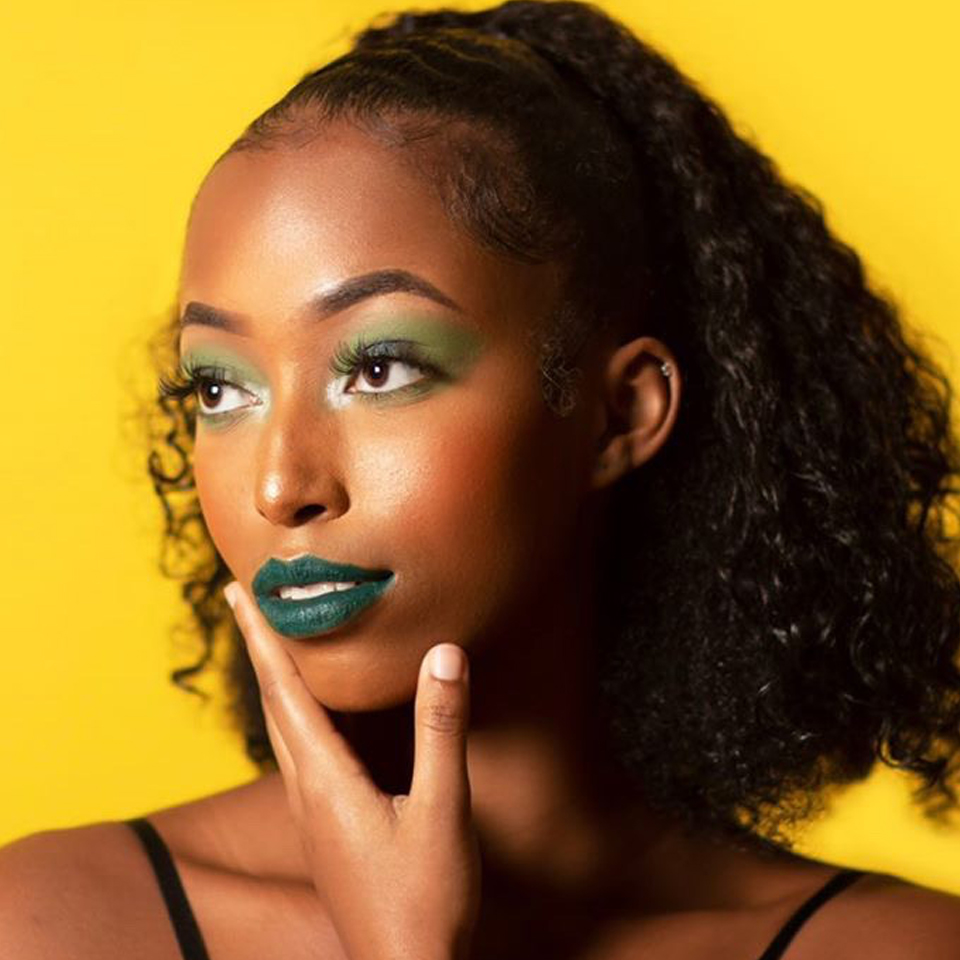 The first time Quadio encountered Autumn Jeannette was almost a year ago. A Howard University junior at the time, with a semi-famous girl band called “We R Charm” in her past, Autumn had just dropped a sexy new R&B single called “Boujee,” with an icy-hot video to match, featuring a lot of beautiful extras, glam fashion, slick production, a Top 40 quality refrain, and a very shiny pink sports car. The whole thing, along with Autumn’s 120k followers and blue-checked Insta account, certainly made us go “Hmm.” This was an artist who knew how to make you look -- and listen.

Here’s what we didn’t see that go-round: An artist also filled with all the contradictions, vulnerabilities, and complexity of your BFF, that is, if your BFF also wanted to write the score for a Disney movie, so that little girls could sing their way to empowerment.

“A lot of people, they think of me as this perfect-like person and that's just not who I am,” Autumn explains. “I know that I'm not the only person who knows something is wrong and does it anyway, or has battles in their mind, and feels a cognitive dissonance sometimes. You are more than your image, and I want my music to talk about that.”

Quadio spoke with Autumn recently by video call at her home in Atlanta, where she awaits her senior year as a Media, Journalism and Film major, and just as importantly, the launch of her next big project, Libra Vol. 2, both occasions that had us covering territory from Mulan to Michelle Obama, mothers to men, and, for a person who doesn’t really believe in obstacles, the one thing that scares her the most about the road ahead.‍

OK, first things first. You seem so down-to-earth. Are you really boujee, like your song says? ‍

I feel like I am. I like the finer things in life. I like to go on dates. I like to be courted by a man. But that song’s got a point. Men nowadays, they feel like they deserve something in return, like sexually, just because they took you out to eat or something. The song is saying, “Yeah, I'm boujee,” but I need to know your heart. Just because you’re spending money or taking me out and doing all these nice things for me, it doesn't mean anything about your character. And your character matters to me.‍

How have people reacted to that message?‍

People love that song, and I was actually surprised because a lot of guys love that song. People do get the message -- they want people to focus on both sides of the equation in the relationship, the fun, but also the respect...which should go both ways. Yes, I want you to have manners and show me that you can be chivalrous, open doors for me and do all these different things, but respect goes beyond manners. How do you treat me as a person? Are you going to listen to me when I'm having a bad day and vice versa? I want to reciprocate the same energy.‍

Boujee is really an empowerment song -- but “Dangerous?” It’s all about cheating, right?‍

Yeah, because you know how, in the media, when infidelity gets talked about, the couple usually ends their relationship. But in reality, when there’s infidelity, there’s a lot more gray area and emotions involved.‍

The video for “Dangerous” depicts a woman exacting revenge on her unfaithful boyfriend. And then there’s that twist at the end! How’d you come up with the storyline?‍

So actually, the cool part about that is I worked with my mom to create that video and, yeah, she killed it. It’s so weird because my mom has such a soft and cuddly personality, and she’s so adorable. But on the inside, she’s super-fierce. Basically we wanted to talk about how, even though this guy -- who I know is dangerous, I know he’s a player, I know he might cheat on me, and he might break my heart -- but I am still very attracted to him and I still want to go for it, even knowing all these red flags.

So we thought of this idea of where we would kidnap the guy, and interrogate him, and get the truth out of him. But as you saw from the video at the end, he winked at the camera, which is basically signifying that he's still going to do what he's going to do.‍

He’s still a player. But somehow we sense that doesn’t necessarily enrage you?‍

People are complicated. I want my music to be about that -- about the duality of just being a human being in general. Everyone faces struggles, everyone. ‍

With the success of We R Charm when you were a teenager, and now your rising career, it’s kind of hard to discern your struggles, so -- ‍

I know it can look like I haven’t had struggles, but that in itself can be a struggle too, because I feel like a lot of times people think because I have achieved success at a young age and I've been able to chase my dreams, that things have been handed to me or that I didn't work for it. And that's not the case. So, you know, a lot of times people will underestimate my work ethic or just won't want to give me an opportunity because they feel like I've already had opportunities.‍

“Boujee” plays into that, though, because you look like you totally own it.‍

Everybody has their ups and downs. I go through cycles all the time. There are things that I go for that might not be all glitzy and glam, but I still really wanted them, worked hard for them and didn't get them. And it hurts. Socially with friends, making friends, losing friends, feeling like, “Oh, am I going to fit in?” I feel the same way as everybody else. College was really difficult for me, getting adjusted, making new friends, because I grew up in Atlanta my whole life, and I went to school with my friends the entire time from elementary to high school, so I never had to make new friends. And I didn't know what that was like until I went to college. So I've faced a lot of those struggles, mostly in college, honestly, just being in a new city and around completely new people having to adjust. But it's all made me into the person that I am today.‍

If you could have anybody’s life, whose would it be?‍

I feel like there are elements of different people's lives that I want to achieve. Of course, Beyonce, because, you know, she's a legend. And to me, that is what I want to achieve musically. I want to have music that will transcend generations. But on top of that, I'm also very family oriented. I look at Russell Wilson and Ciara and their family dynamic and I think it's just beautiful. And in terms of being a business woman and making a difference in the world, I always look at Michelle Obama. She's just a powerhouse and so classy, so elegant, well-spoken and everything she says, it just hits you like, “Oh yeah.”‍

What could get in the way of your dream, knowing what you know about the industry?‍

I choose to not really believe that obstacles are real, and if they are, that you can get through anything. But to answer your question, I would say something that has been a struggle with being an independent artist since leaving the group has been sustaining myself financially, being able to fund my dream, because I'm someone who really pays attention to quality over quantity, and I like everything to be how I envision it, and that can be really difficult as an independent artist who's starting over. So yeah, it's super expensive to be an artist. That’s why I thank God for my parents. They help me in so many ways to achieve my goals. So although that's been an obstacle, I don't know if I've faced any true obstacles that I couldn't surpass. ‍

You say you want to write the score for a Disney movie. What would it be about?‍

My favorite Disney movie ever was Mulan. I saw a woman breaking the rules, and making waves…but mostly, I fell in love with the music. I know it's always a bit of controversy with Disney because people are like, “Oh, we need a princess who looks like this and who does this,” but little girls, when it's Halloween and they dress up, it's not based off of race or physical appearances, they’re choosing the princess that they relate to the most internally.

And so I just want to give a little girl music that will make her feel empowered, and a princess that she can relate to because she’s balanced, she’s real, she’s powerful and her story matters.