She takes tiny moments and turns them into unforgettable anthems. We’re standing to salute. 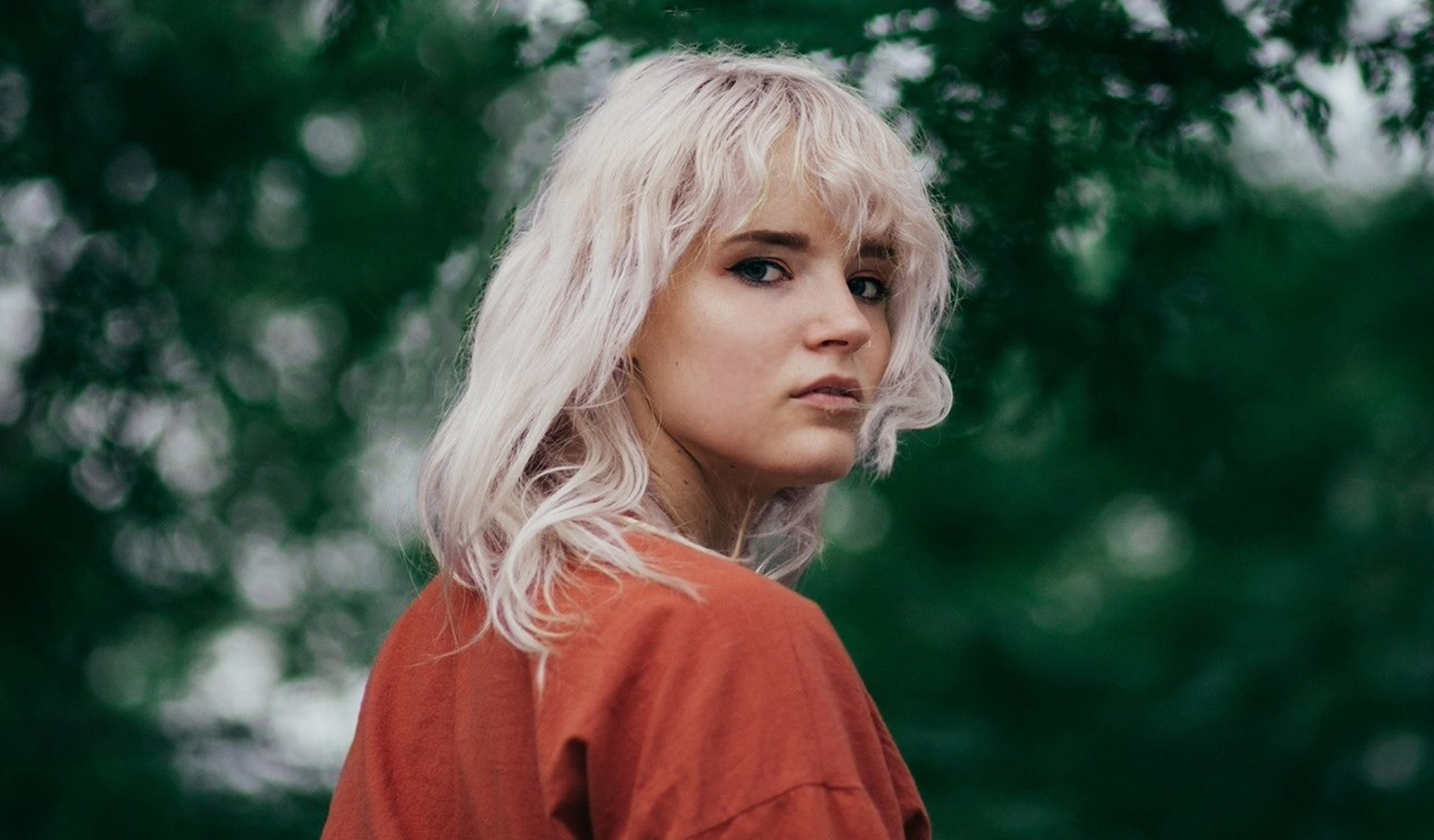 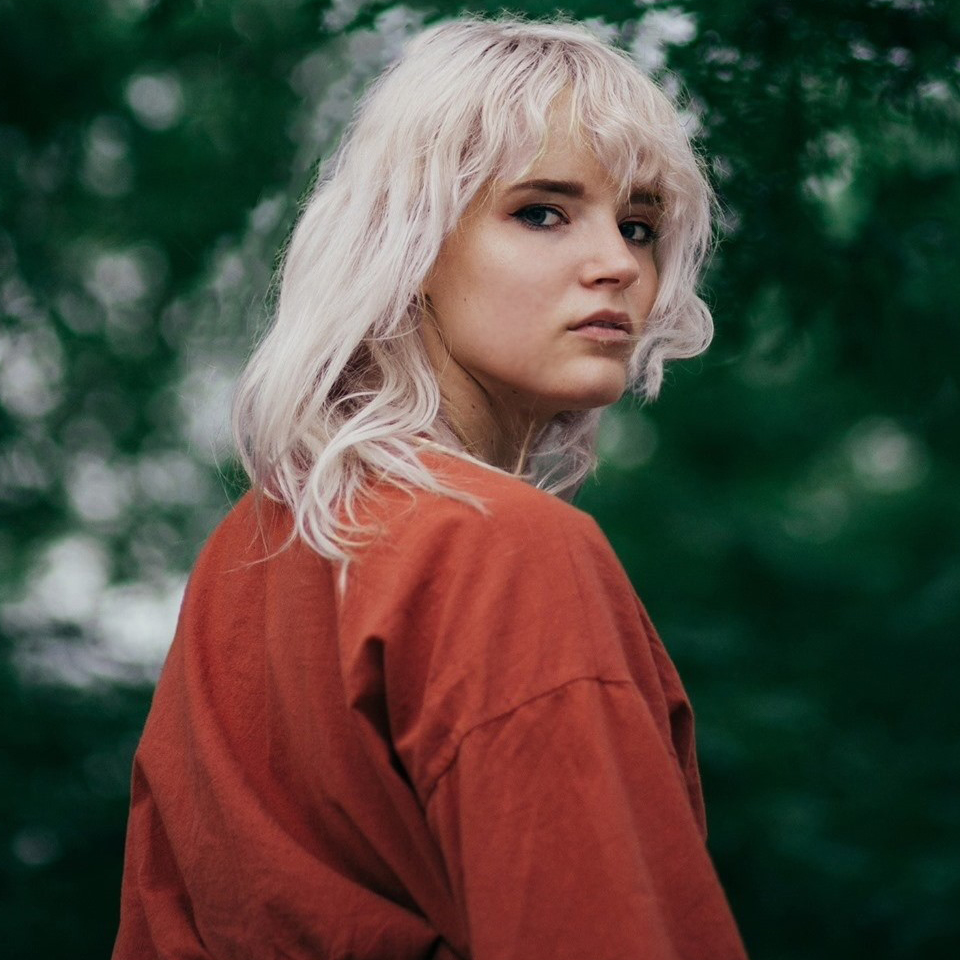 If you’ve ever looked up at the sky-brushing branches of a tree and felt oneness with the vast universe, you’ve been inside the mind of Lyncs in the moments before she wrote her sweeping folk/indie anthem, “Evergreen.” She’d just been on the phone with her grandmother, who’d left her with the words, “Every time I find the meaning of life, it changes.” Within 15 minutes, the song was done. “While we were talking, I’d been looking at these evergreen trees,” Lyncs recalls, “and it came together for me. Evergreens -- they don’t change, they stay green. In my mind, I had this idea that if, as humans, we grew to be like them, we would be the strongest of ourselves. I believe that on the inside, we’re already that, we just need to grow to be the person we already are and can be.”

In many ways, “growing to be oneself” is a perfect description for Lyncs’ journey as an artist, which began, she would tell you, at age five, when she first saw a VHS tape of Shania Twain performing to a packed stadium in Texas. “I definitely recall standing there being like, ‘I want to do that. That’s the coolest thing,’” she says. Over the next two decades, that dream would propel Lyncs from playing stand-up bass in a state symphony orchestra, to taking up the ukulele and banjo, to learning how to mix, produce, and make music videos, all part of an intentional journey which, she hopes, will someday have her playing to her own stadium.

Until then, Lyncs, who graduated from Millersville in 2018 and now lives in Brooklyn, continues to write songs that shift effortlessly between the coffeehouse and the club, with a sweet and shimmery sound that can evoke her many influences, which range from David Bowie and Haim to Jeremy Zucker. Over the past two years, she’s opened for the likes of Young the Giant, and can count tens of thousands of streams on Spotify, two EPs, and a collab with Italian producer Teo Mandrelli to her name. Speaking of her name, there’s a story behind it, again thanks to her grandmother. For that, plus more about Lyncs’ insights on building a music career while growing yourself, read on. ‍

Your real name is Jacqueline Hynes, so what happened? ‍

I love to answer this question! I always knew I wanted to be an artist, and I always knew I didn’t want it to be my real name, but instead one name -- like Lorde, Halsey, or Sting. I think that’s the coolest thing on the planet. Anyway, short story, my grandma, she plays those games where you take a word and you scramble up the letters and see how many words you can get. One night, I just said, “Hey Grandma, can you take my name and come up with another word that nobody’s heard of before?” And she made this whole list, and Lyncs was the last one on it.‍

It just stuck out to me. I’ve always thought of writing songs that connect with as many people as possible. My goal is to take these small moments that we all experience and blow each one up into its own moment. And I thought Lyncs was perfect because it’s like linking things together. ‍

Since we’re talking about shared experiences, is “Waiting for You” about first dates?‍

Yeah, exactly. You’re in a car after a first date, probably at the movies or something, and there’s this feeling of, “Oh my gosh, is the other person feeling the exact same way I am? I need to wait for them to make the first move, or am I supposed to?” Who the heck knows what’s going to happen? You can feel the tension. So in the song, I wanted to convey the opposite; I’m just a very empathetic person. I wanted it to feel very resolved. I wanted to say, “It’s going to be okay, no matter what happens.” It starts off with this hard-hitting sound, and resolves to be like, “You can do it.”‍

Would you say you’re a storyteller?‍

I would say I’m a musician -- a musician first. But along with being a musician comes a huge responsibility to tell stories. I learn a lot from other artists' music about my own life, and if someone can have that experience from one of my songs, then I’m doing my job. ‍

Do you come from a musical family?‍

No, not at all. But I started violin really young. The principal of my school in Pennsylvania -- it was her mission for us to be the music school of the district, and I just gravitated toward music from the get-go. To this day, I still email my music teacher, Mrs. Pattey. And we follow each other on Facebook. It’s really great. So that got me started in music, and then when I was in sixth grade, I was in orchestra, playing the violin, and the bassist left. I didn’t really know what the bass was, just that it was in the back. The orchestra director said, “Hey, does anybody want to give it a shot?” I loved it instantly. That led me to the bass guitar, which led me to learn the guitar, drums, ukulele, and piano. I mostly teach myself, and when it comes to vocals too, I’ve honestly really never had a vocal lesson. ‍

Was high school all about music for you too?‍

Well, at one point, my mom, thankfully, said, “Hey, how much time are you actually spending learning in school?” So from freshman year to senior year, I switched to regular high school online, and I got to go to a performing arts school about 90 minutes away. Two times a week, I would travel from Lancaster to Westchester, PA, and would learn advanced music theory, and video editing, and music production. I also found a community orchestra, The Hershey Symphonic Orchestra, which was incredible. My senior year we had the opportunity to perform at Carnegie Hall in NYC, which was a chance of a lifetime. ‍

This whole time were you telling people you wanted to be not just an artist, but a stadium-filling kind of star? ‍

No, I just thought that was something that you couldn’t do. Everybody always said things like, “Oh, getting famous, that’s a one in a million thing.” I remember my mom, we sat down, we went to a bunch of colleges, and she said, “You could go for music education. You could go for music therapy.” I didn’t want to go to college for performance, it didn’t seem right. We found this great program at Millersville, where they teach you the music business. Going there really opened my eyes. I was like, “Okay, so this is my path to being what I actually want to be. I want to make totally authentic music. And it’s not a one in a million chance, if I can learn how to do it. I’ve learned how to play the guitar and the bass. I can learn it.” And so that's kind of what I do every day.‍

Did you start telling people about your dream then?‍

It was more of a conversation with myself. Then, senior year, for my final project, and I thought, “I’m just going to record an EP.” Because why not? I wrote all the songs, played all the instruments, and I had a studio manager who hit record and helped me mix it all together. And then I released it. I knew making an album was what I wanted to do the whole time I was in college. Having a Plan B was never really an option. It was just this Plan A path to being Lyncs, and writing songs, and making that my life. ‍

You have a day job, though, right?‍

Yes, and I love it; it’s in customer service at Splice. You can dream all you want, but ultimately you have to survive in society, so for now this is my day job! It’s like I’m climbing two staircases at once. One so I can live, the other for being an artist. But there is a breaking point in my mind, where I climb the one I want, and I can just go. That moment feels very close. ‍

I have to say, when I was younger I believed that it was a lucky break. But now that I’m in the industry, and I’m working with a lot of fantastic producers and songwriters and meeting a ton of phenomenal people, I don’t think there is a lucky break. I think you work really, really hard, and there comes a point when somebody says, “Hey, we found your stuff, we're going to take you far.” And even then, you keep doing what you’re doing. The legwork. The hours invested. Every day I wake up thinking what can I do as Jackie Hynes to make sure that at the end of the day, Lyncs has either time to make a song or promote myself or whatever I have to do. So the next day it’s even bigger, and it’s even better. And I just keep pushing that envelope for myself. Would I be making “past me proud” in this moment? That’s my every day.