The mission to make the 'starving artist' nonexistent. 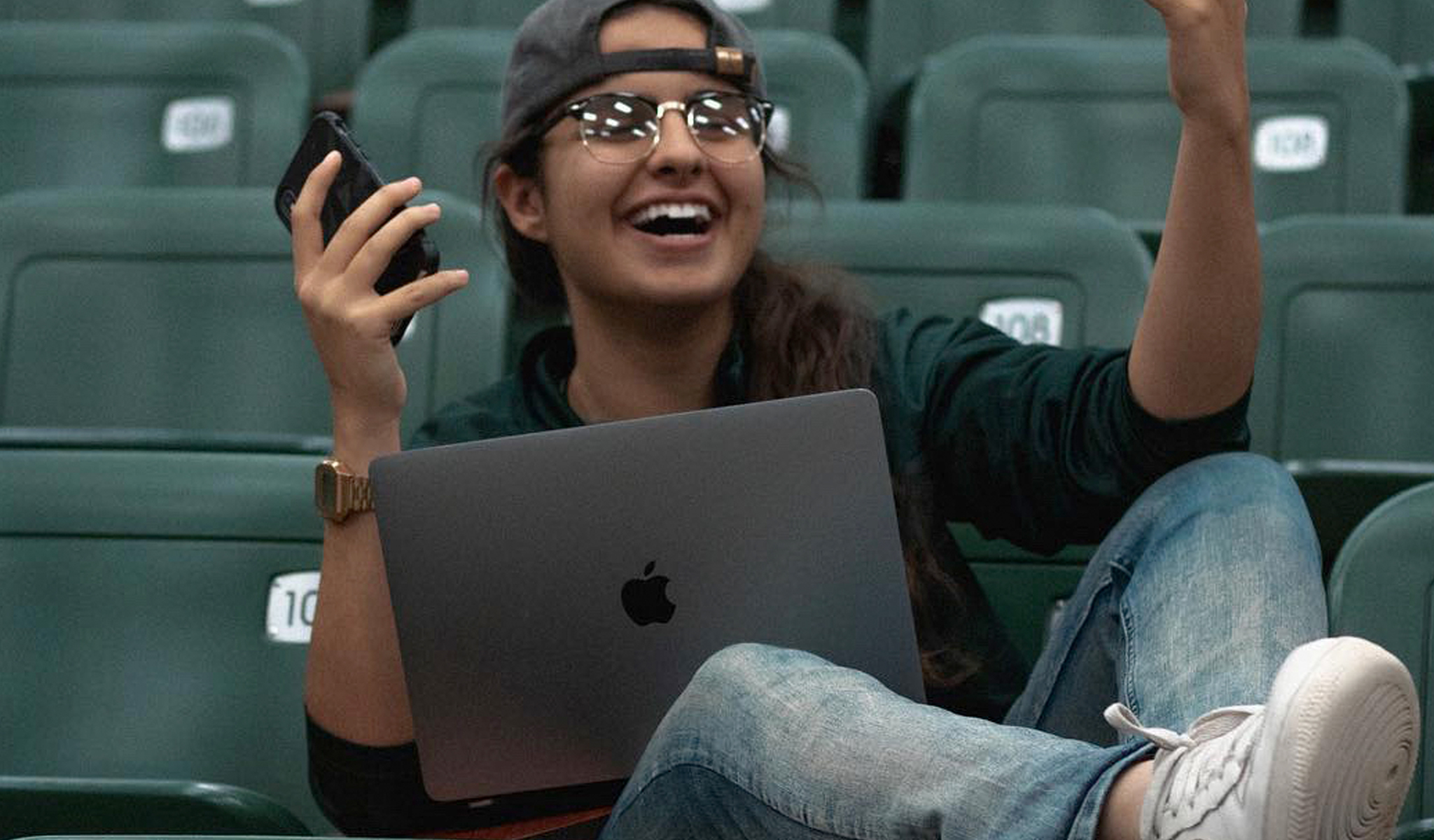 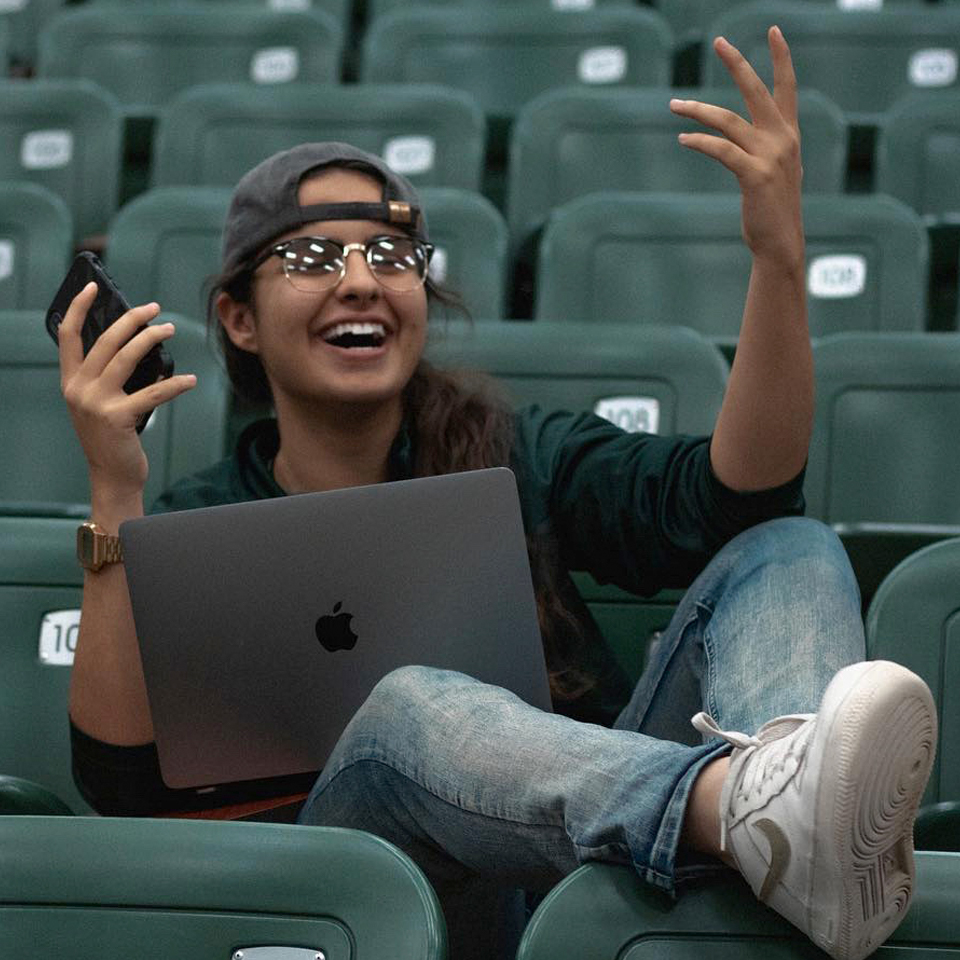 As Quadio expands its community to welcome all types of creatives, we're excited to publish a 10-in-10 interview reflecting that growth. And for our first featured non-musician, we went big: Sara Seryani is a virtual polyglot of a creativity -- film producer, talent manager, and photographer. The fifth-year Michigan State University student, who moved to the United States from Jordan when she was two, comes from a family and community of scientists, engineers, and mathematicians. The expectation that she would pursue a career in STEM was, as she puts it, "a given." A little surprising, then, that she would not only gravitate towards creatives, but want to dedicate her life towards promoting them and their artistic visions.

"What draws me to artists is their passion," Sara says. "When I see how passionate they are about their work, it makes me passionate about wanting to help them." That passion feels deeply familiar to her, she says, explaining, "I'm one hundred percent one of them, the creative, weird people that I’m working with." And she gets added energy from shining a light on careers she never thought possible when she was growing up. "I want artists to be seen as legitimate," she says. "I want to make the idea of the 'starving artist' nothing more than an idea."

For more on Sara’s journey -- growing up Arab American, working with influencers, and the YouTube video that started it all for her -- read on.‍

You're a film producer, talent manager, and photographer. Which came first?‍

Photography, when I joined the yearbook club in seventh grade. I enjoyed doing that, but it wasn't anything serious. I became interested in the video and production side of things around my junior year of high school, because vlogging and people like Casey Neistat became a part of the conversation. I was like, "All right. I don't know what this is, but I have some kind of passion for it." So I started making videos for my school -- little hype videos, like for homecoming, I'd make a four minute highlight reel, and people liked them.‍

But you started college as a computer science major. What was that about?‍

My mom is a math teacher and my dad is an engineer. For me, doing something in STEM was like a given. My first year, I didn't do anything creative, and I hated my life. I'd go to physics, I'd go to calc, I'd go to programming, and I'd go home. It was mind-numbing. So my sophomore year, I jumped back into the video game. I started working with a bunch of influencers at my school and making all of their videos, and then making music videos, and it just kind of snowballed. I made a music video for Neuhaus, and that's how I became his manager. I'm too stubborn to ever stop something, so instead of just dropping the CS major, I added on a film production major.‍

How did you get involved with influencers?‍

We got put together by a professor. He pulled together a bunch of creatives and said, "You guys are good at video and editing. These guys have major followings on social media. Why don't you guys make something happen?" So we worked together, and the chemistry was there. We made a video, "If Rappers Were in Classrooms." Miles [Hampton, who stars in the video] had a following on Vine, but the video doing as well as it did completely exceeded our expectations. We racked a million views in a week. The potential for growth was what really captivated me. Seeing how something could get so big overnight, it made me feel like anything was possible. Of course, we were like, "Okay, let's do more." We made a whole series out of it and it was really fun.‍

Were you producing at that point?‍

I was doing a lot of shooting and editing. There wasn't a crew or anything, so there weren't any explicit roles. Then the year after that, I became a producer for the student organization VideoNow, which is a branch of MSU telecasters. And then I became a producer at VIM Magazine, where I started the film team.‍

It's real behind-the-scenes work, supporting other artists. Why support artists and not people in finance, for example?‍

I just think that, what's the fun in helping someone who already has an established route or a traditional career path? For me to be part of a STEM organization or a business organization, those people already have traditional career paths that they can follow for a successful life, whereas creatives...I've seen so many creatives that have talent but just don't know how to market themselves effectively, and they miss out on so much. At MSU, prior to Covid, I had been hosting creator meetups, where I brought together all of these musicians, models, photographers, videographers...and seeing people meet and collaborate made me so happy. I grew up in an Arab household. Telling your mom that you want to be an artist, it's like...that's not it. So I want to shine a light on creatives. And I'm a creative, too. I'm one of them.‍

Speaking of that, how does your mom feel about your path now?‍

When I told her that I wanted to add on the film production major, she said, "All right. Just as long as you don't drop CS." But now, it's like...I think she's seen me over the past couple of years, being pretty booked with shoots and things like that, and making money. So she's like, "There's something here." She's hesitant, both my parents are, but lately they've been like, "Okay, you work hard. We're really proud of you." ‍

You alluded to picking the computer science major because of your upbringing. Would you really say you're an outlier, to be pursuing a creative career? Even in 2020?‍

I grew up in Dearborn, Michigan, which has the highest population of Arab Americans outside of the Middle East. My high school was eighty percent Arab. The Arab mentality of pushing STEM was just like...always there. All my cousins, all my parents' friends' kids, they're all in the STEM industry. There's a few outliers, obviously. But if you're doing something that's not in STEM or business or something like that, it's kind of like, "Are your parents okay with that?"‍

When you went to college, you must have felt like you found your people.‍

Yeah, I had culture shock, coming to MSU! But I think that leaving my hometown was probably the best thing for me, because as much as I love it there, I've met so many different kinds of people here. Also, I'm kind of noticing a shift now. The high school that I went to, they've started to care a little bit more about the arts. I remember my senior year, I kept pushing, like, "Let's get a new camera." And the other day, I saw they had a whole drone set and DSLRs and lenses. I was like, "Holy shit. I didn't have that!"‍

After I graduate next year, I'm probably going to work in the agency world, maybe in marketing or advertising, because I really want to learn. My eventual goal is to have a music and content production studio that's linked with a talent management company. I'm interested in media acquisition, too. ‍

I love photography. I wish I had more time to do it. I still take photos, and I'm a part of the Professional Photographers of America, but it's not much more than that. My chosen medium is digital content. Music videos, TikToks, social media strategy. I'm obsessed with all of it. I think if you're only a photographer or only a videographer, then you're not going to make it too far with digital content today. So you need to be a jack of all trades. That's what I want to be.