Passion, paradox, and the much-anticipated PABLO. 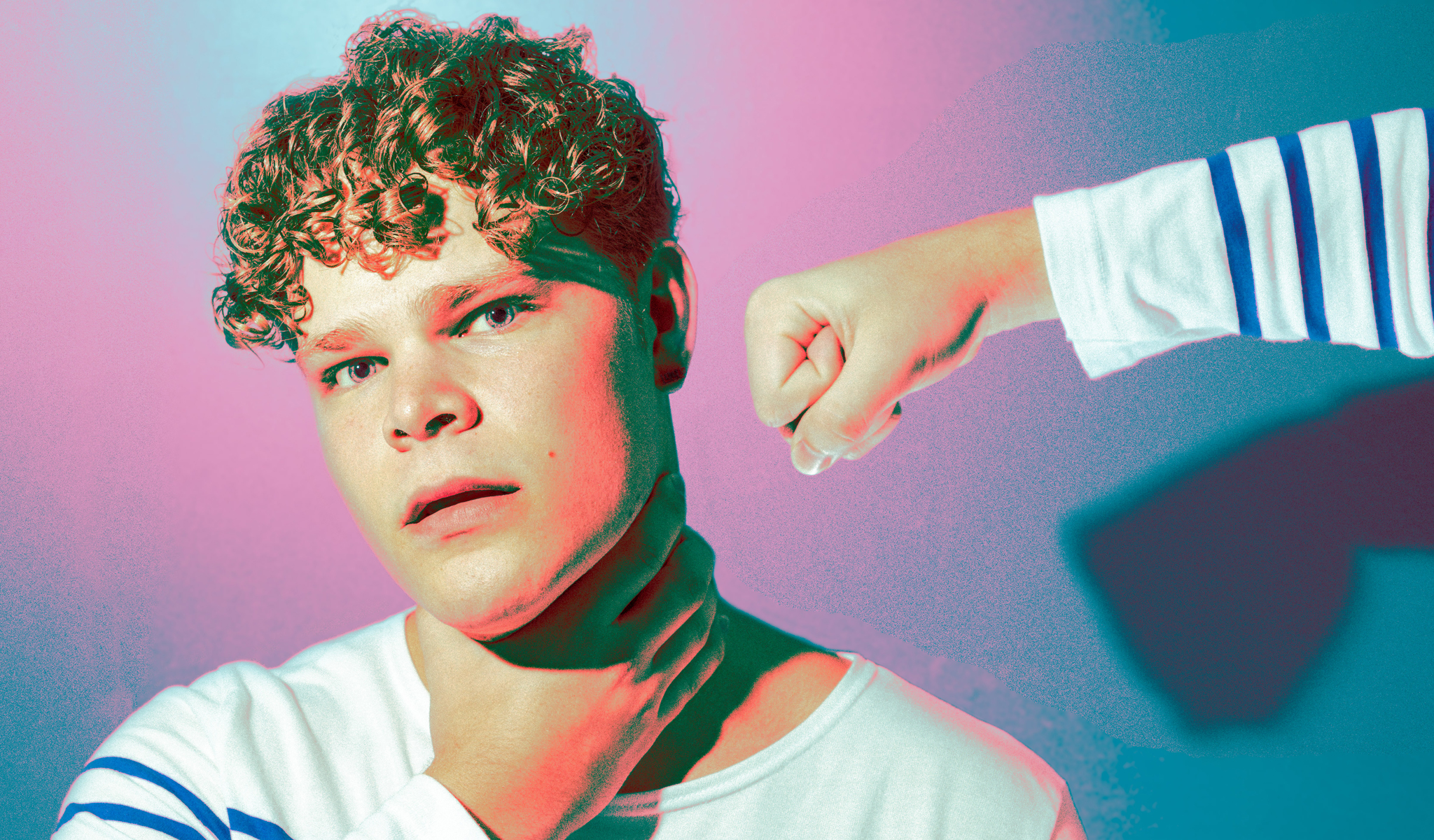 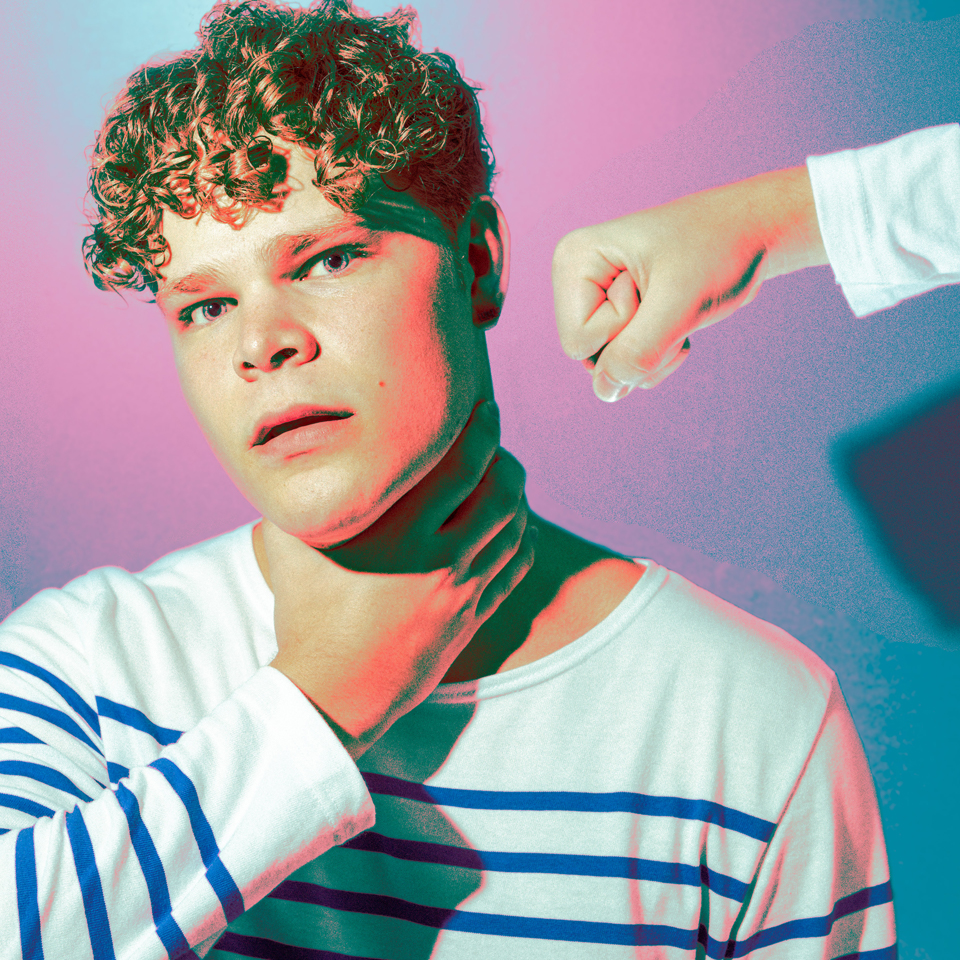 One of our weekly challenges at Quadio HQ is always selecting which artist to feature in our 10-in-10 spotlight. We want variety -- of genre, gender, geography, and world view. And because we’re all about championing emerging creativity, we love to focus on both brand new artists trying something really new and cool, as well as those further along in their musical journeys. So yeah, with thousands of fascinating and talented artists on the platform, picking just one each week can get...complicated.

Not this week. Because rarely is there the kind of palpable excitement for an EP as there is for “PABLO,” which is about to be dropped by Zack Cokas, a junior at NC State. It’s easy to understand why. At 19, Cokas free-styled for Sway at SXSW, to a rapturous response. He’s been featured in Lyrical Lemonade and New Tomorrow. He’s appeared on countless radio shows and podcasts, where hosts have extolled his unique sound. And then there’s his close association and frequent collaborations with LesTheGenius, who was chosen by President Obama for his famous “End of Year” list of his favorite music.

The funny thing is, Zack almost didn’t become a rapper. A talented visual artist, he received a scholarship to The Savannah College of Art and Design, and even attended briefly before having what he calls an “existential crisis” and transferring out. Indeed, he’s full of paradoxes. He’s a rapper, but hates public speaking. His early music is almost comically braggadocious, but he speaks frankly about self-doubt. His very appearance is a conundrum -- he has a head of angelic blond curls -- but his rap can be as aggressive as a punch in the nose.

Quadio unpicked those paradoxes, and more, in a strikingly candid chat with Zack from his apartment in Raleigh. ‍

Your latest promo shows you painting your own album artwork. Are you ambivalent about being a rapper?‍

No, no. I mean, I was at SCAD, but I left because I kind of had an existential crisis, to be honest. I had always done drawing and painting. I was just naturally good at it. In high school, I was really involved in art classes, and I ended up being president of the art honor society. I actually was really shy about that. I hated talking over everyone. ‍

Isn’t talking over people what rappers kind of do? ‍

Yeah, I don’t understand it either. I took a public speaking class last year, and before my first presentation, I had a panic attack. But then on stage, performing music...it takes me to a place of confidence. I don’t even know how to explain it, but it’s really fun. I have so much fun doing it.‍

Why didn’t you just stay at SCAD and rap?‍

I loved the people at SCAD. I met some of my best friends there. But when I wanted to rap at some open mics, the one spot in Savannah told me, “You can’t play any beats. You have to have some dude play background for you.” So I was like, “Wow. I can’t even rap here.” There were a lot of reasons that amounted to me transferring. State is more of a traditional college experience, and it’s less expensive. But overall, I just felt like I couldn't really build a base in Savannah, musically speaking. And I knew I could in North Carolina. I just had to ask myself, “What do I want to do with my life?”‍

And the answer was rapping. How did your parents respond?‍

Well, my dad wasn’t too happy, but that was because I had nothing to show for it yet. It was just my own belief in myself. At the same time, my parents are creative too, so it wasn’t like it was completely out of the blue. My parents work in advertising. My dad worked on McDonald’s commercials in his heyday. My mom worked on a bunch of different commercials -- she cast Jane Lynch and Steve Carell in some of their first commercials. I actually never really felt like I fit in in elementary school or middle school because the shit we talked about at my house was so off-the-wall that I didn’t know how to have normal conversations. But I mean, I’m appreciative of that now. ‍

They played music all the time when we were growing up. And then my dad actually used to take me and my brother to the Apple Store when we were kids, because they would show you how to use Garageband. So me and [my brother] Cam would fiddle with Garageband, and then go home and try it on our own Mac. I made weird covers. I think one of my first ones was “Love Lockdown” -- I played it on the keyboard and tried to lay down the instrumental, and then I figured out autotune. I was like 13. And I just kept doing it for fun. I think like freshman year, sophomore year of high school I was like, “I’m not bad at rapping.” I was bad then, but I thought I wasn’t bad! I was like, “My lyrics are pretty good for how long I've been doing this,” which wasn’t long. So I just kept at it, and I loved it,  and it was the only genre that I felt comfortable being in, and expressing myself in.‍

Yeah. I met Les [Lesthegenius] the summer of 2018. He piqued my interest as soon as I saw a video of him rapping on Instagram. We met up on move-in day and we talked for like two hours. In our area there’s also Jaxson Free, Marco Luka, Abel Maasho, and a couple other kids. Cam Cokas, too. There’s like the community of kids that were all making music, and we just became friends as well.‍

Just recently, your music seems to be talking more about your emotional life, like in “Meddling Kids,” you say, “I’m an emotional wreck.” Tell us about this new direction.‍

It’s funny, because in rap you have a lot of bravado, a lot of putting other people down, but I'm trying to shift that a bit more, and give more of my actual self. I want to show people no one’s perfect. I want to say, just be yourself, even though it’s hard with judgment from everyone. That’s just the world we live in. But fight against all that and try to be comfortable in your own skin, and with your own imperfections. Take care of yourself. I know what it’s like growing up not liking yourself, not liking your appearance. And I’ve overcome that. I still, obviously, am insecure, but it’s gotten so much better. So I want to let other kids know it gets better.‍

Does your insecurity maybe stem from being a white rapper? ‍

Not at all. At first that was this strange hurdle for me when I was starting out and trying to find my identity. I was like, “What do people expect from a white rapper? What do they want to hear?” But it was really humbling and nice to come up in a local open mic circuit as a teenager, perform in front of an entirely Black audience, and see that everyone was supportive. I think they understood I was in it to further the culture and the message of hip-hop and rap instead of appropriating it. I actually think every white person should have an experience like that, where they’re the minority, because that’s what Black people feel on the daily.‍

You started out as a visual artist. Are you pretty much done with that now?‍

I’ll never be done with it. My album art -- it’s the first time I’m making art for me and not for a portfolio. So I’m really actually finding a passion for it again. I see my trajectory being through music, but then incorporating my art. I guess that’s what I’m doing now. Sometimes it’s like I haven’t realized how far I’ve come, because it’s not how far I want to go. But I’ve got to appreciate it now, too. This is how I wanted it to turn out.