A room of their own. 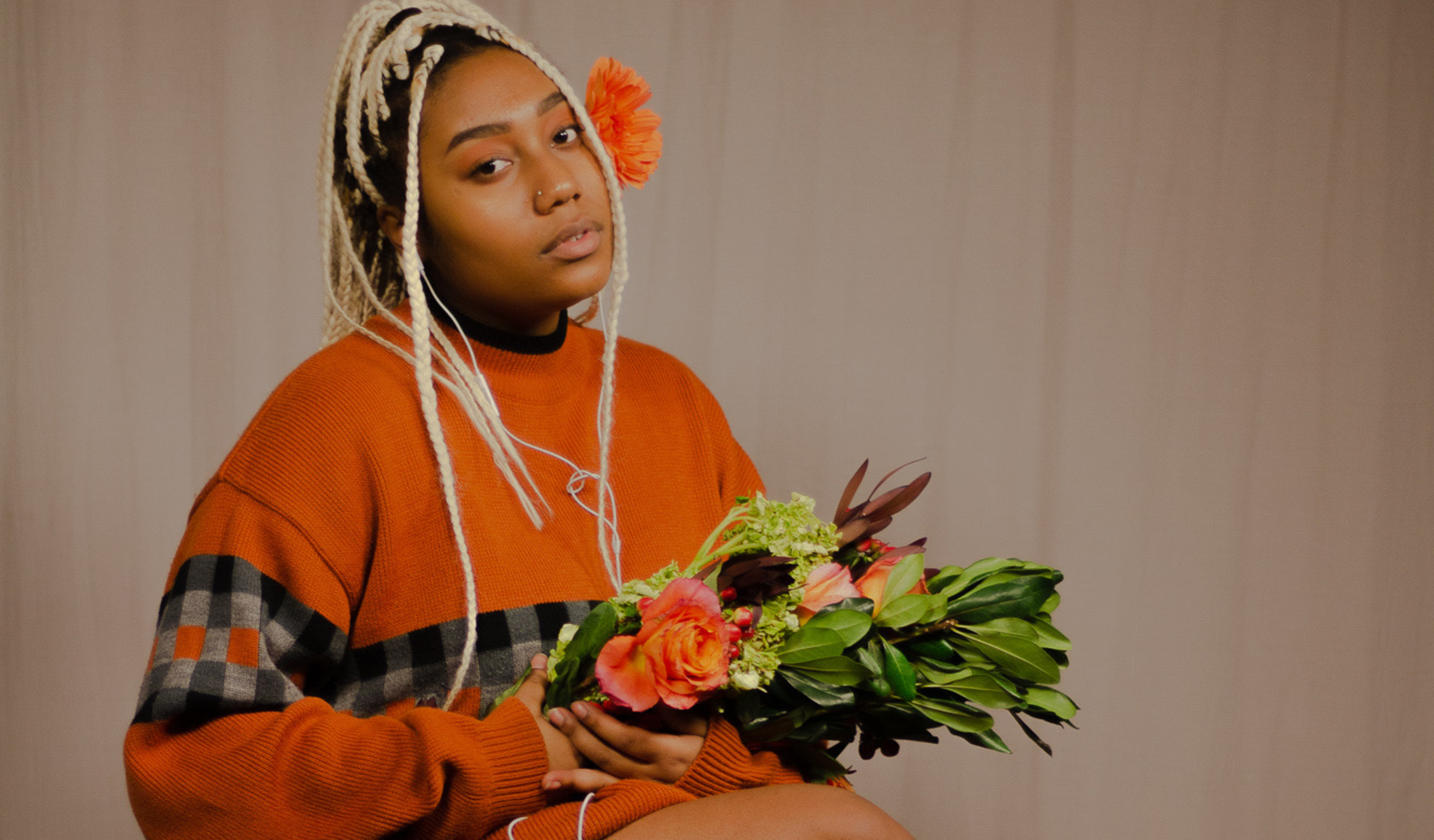 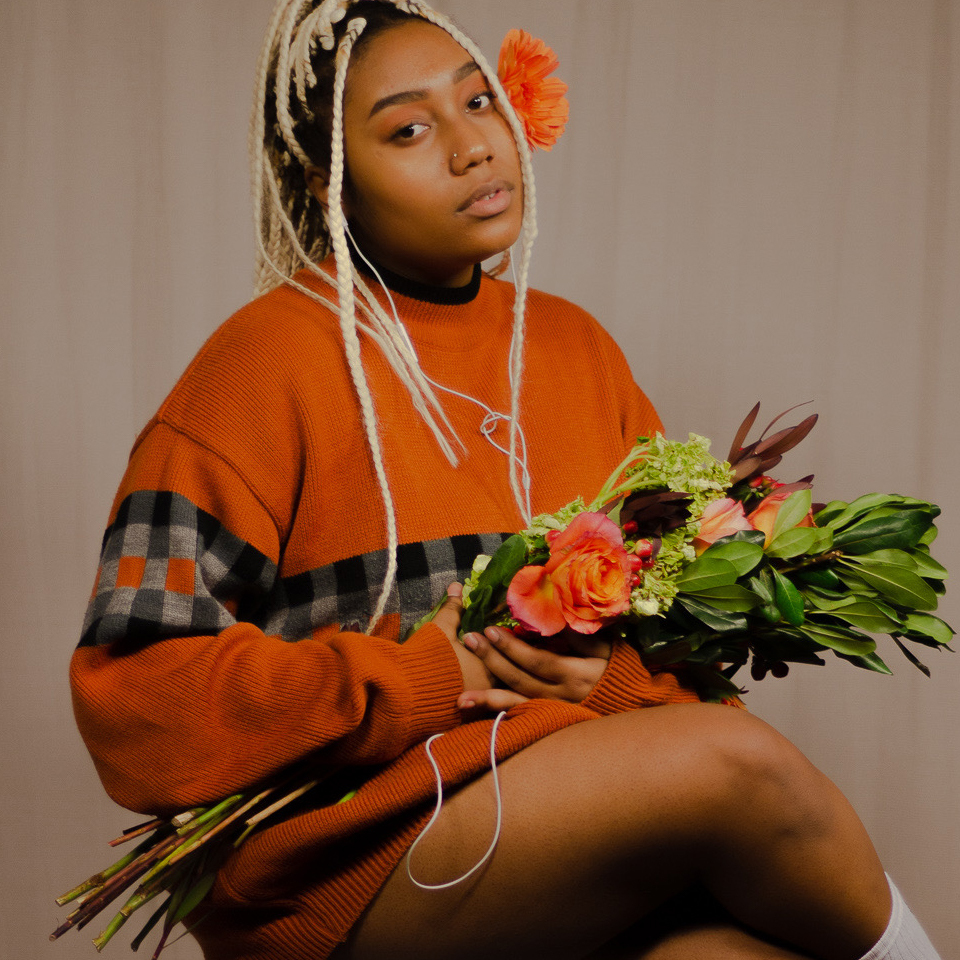 It was in 1929 that Virginia Woolf wrote "A Room Of One’s Own," with its famous, and at the time, shocking, assertion that women needed -- and deserved -- a solitary space to create their art.

Fast forward 92 years -- that's today -- to discover an artist named Eph See, who is, lucky for us, among the many who have proven Woolf's hypothesis right. The Northeastern junior and Boston native hadn't lived alone until four months ago -- an experience, they say, that changed everything for their creative process.

Before that time of solitude, Eph didn't have much quiet in their life. School meant bullying. Home meant arguing. Summer meant more school. They describe their life as a relentless "twisting" to fit into all of these spaces. It was living by themselves -- where there was no one they had to fit in with -- that afforded them the freedom to look inward, and, importantly, at their music in a new light.

"The first couple of days I cried a lot," Eph admits. But amidst the cooking for themselves, picking up new hobbies, and, as they put it, "learning to take up space," they were becoming more confident and self-aware. Eph emerged from those four months with "the pill," an indie pop track with raw transparency, reminiscent of early Liz Phair, which unpacks their high school experience, exploring the caverns of deep regret and inadequacy, and also the daily speedbumps of teendom, like cliques and birth control. Small aside: Eph met the song's producer, LEXIM, and cover art artist, Claire Sun, through Quadio. We love to see it!) Amazingly, the song also manages to be upbeat and occasionally funny. No wonder "the pill" clicked -- landing on Spotify Fresh Finds almost immediately.

Eph is back living amongst others, but the legacy of the room of their own remains, with a new commitment to, as they put it, "coming clean," about who they really were, are, and hope to be. Quadio spoke to them from their home in Boston via video chat.

"the pill" is clearly such a special track -- you scored an EARMILK write-up and then a few days later landed on Spotify Fresh Finds. Did it feel different to you when you were writing it?

Yes, it felt different. It did. When I was in high school, I wrote a lot about love. You have a crush on this person and they don't know you exist and you write about how much it sucks. But "the pill" is definitely not that. It's a lot harder to look inward, but I came to a place where -- I think as artists, it's our duty to be as authentic as possible, not just for our own processing, but because someone out there might need to hear it, too. That's what writing that song was about.

Was high school when you started writing music?

I was 10 years old when I wrote my first song, but when I was a freshman in high school, that's when I really started getting into writing my own stuff consistently. My sister and I performed a lot growing up; we did theater and choir and school band. But around freshman year of high school I got my first guitar as a Christmas present, and that really set things off.

You alluded to writing love songs in high school, but "the pill" implies there was a lot more going on for you back then than just romance.

I went to a private school so I was one of very few black students there. So that in itself was just intense, and being 14 and having to think like an adult and have really adult emotions and conversations and experiences while almost everyone else was just vibing is difficult. I also think, especially for my generation, social media came out when we were in middle school. So before you even have the chance to figure out who you are, you're already trying to be somebody else.

Were you finding solace in making music?

Even being interested in the arts, it was really just me, there was no one else at my school that wanted to do music full time. The Independent School League pumps out a lot of finance and law and STEM students. So I didn't even get serious about music until the end of high school. Then I started spending all of my afternoons learning how to record. I bought my first mic, which was like $50 off of Amazon, recorded with Garageband, made some beats on my phone, learned how to put it up for distributors and everything… The more I did it, the more I was like, "I know I want to do this in college. There's nothing else I can do in my life that's going to make me as happy as making music and making art."

What did your family think?

My parents have always been dubious about my music. I'm first generation -- my parents are from Cape Verde and they went through a lot to immigrate to this country, so it was definitely not something they were super happy about. Growing up, I didn't take a break from school. I would take educational enrichment programs during the summer. Don't get me wrong, I'm grateful for it all. They wanted me to be a doctor or a scientist or something that was more lucrative or stable. And I get that, it was their way of showing that they care. We argued about it a lot. But if I had gone that route, I just wasn't going to be happy, and in this one life that I have, I have to spend it doing what I love. You're always going to disappoint people by choosing yourself no matter what. They're learning, though. They've definitely come a long way since I was in high school.

You have this loaded high school experience, plus the tension with your parents. Did college allow you some clarity?

Yes, because I got to focus on music. I'm a double major, music industry and communications, with a minor in music recording. I love being an artist in the music industry program because it feels like I get all the cheat codes. I was taking a music marketing class when I released "Field Recordings," and the final project was to make a marketing plan for a release. That was amazing. But honestly, right after that, I had to take a break from it all, from making music.

I was getting too focused on the like, "This needs to be monetized and make all this money," that kind of thing. It got to the point where I couldn't finish songs because I would get halfway through them and be like, "No one's going to listen to it." It was as if there was an imaginary target audience that I was going for. I just needed to tap back into why I fell in love with making music in the first place. And that took me reevaluating the music I had made, like, why did I always write about love? I've never even been in love! It was because I was imitating what was on the radio. So when I reflected on that, I started writing stuff that was a lot more honest and unpacking my high school experience, which I didn't realize affected me that much.

So you went to live alone?

Yeah, and that was a whole period of self-discovery. It was my first time living alone and it changed everything. Even growing up, I shared a room with my sister, and I didn't have a second alone. And like I said, with social media, I was already trying to be somebody else. Plus, in high school, being excluded or isolated felt like the worst thing that could ever happen. So I developed a fear of being alone, and it sometimes makes me really sad when I think about it, I just lost who I was.

The first couple of days I cried a lot. I was like, "What am I going to do?" But then I got into the groove of it and started cooking for myself, which I really loved, picked up new hobbies, bought myself flowers to lighten things up, and just learned to take up space instead of making myself small for everyone around me. Nobody's energy except mine touched that space. And that level of self-discovery and self-care wasn't just face masks on Friday night, it was also like -- calling myself out on toxic behavior, getting out of bed early, journaling, and stuff like that. It was hard. But there was no one to impress, and that was really freeing. It just completely transformed me.

Your confidence is really beautiful.

The level it’s at now is very, very new. It wasn't that long ago that I was being bullied at school and then coming home and fighting with my parents about what I wanted to do. But I think at some point I was just like, "Everybody else is always going to have something to say about what I'm doing. Let me not join them." You know what I mean? Life is hard enough. If I don't believe in myself, it's going to be impossible. I'm still learning and it's still a process. But I just have to keep on being my authentic self. And the living alone helped with all of that.

At the end of "the pill" there's a tonal change, when you sing, "Even good things have to end." What is that moment about?

Not everything about high school was bad. There were good moments, but I think a lot of us paint everything one color. Like, if I had one bad experience, that means everything about high school was bad, because it's easier for me to say, "All of that bad stuff is over now," instead of me admitting that some of it was good, but that it just doesn't work for me anymore. I've outgrown those things and now they don't serve me. So that tonal shift was definitely about that, about learning that everything has its season and even if it doesn't feel like you're ready to let go of it, it's going to lead to something better.