When creativity meets The Big C. 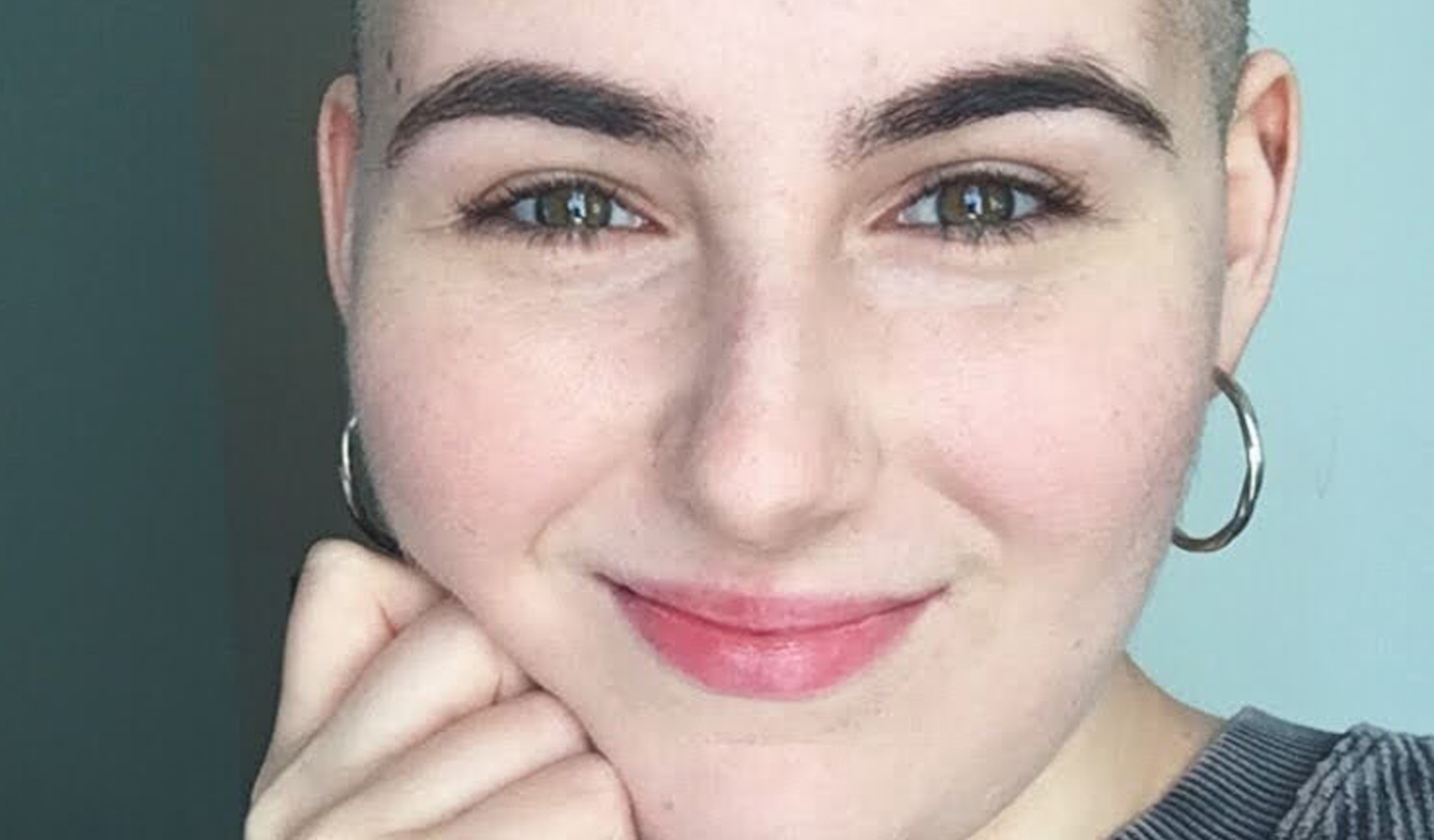 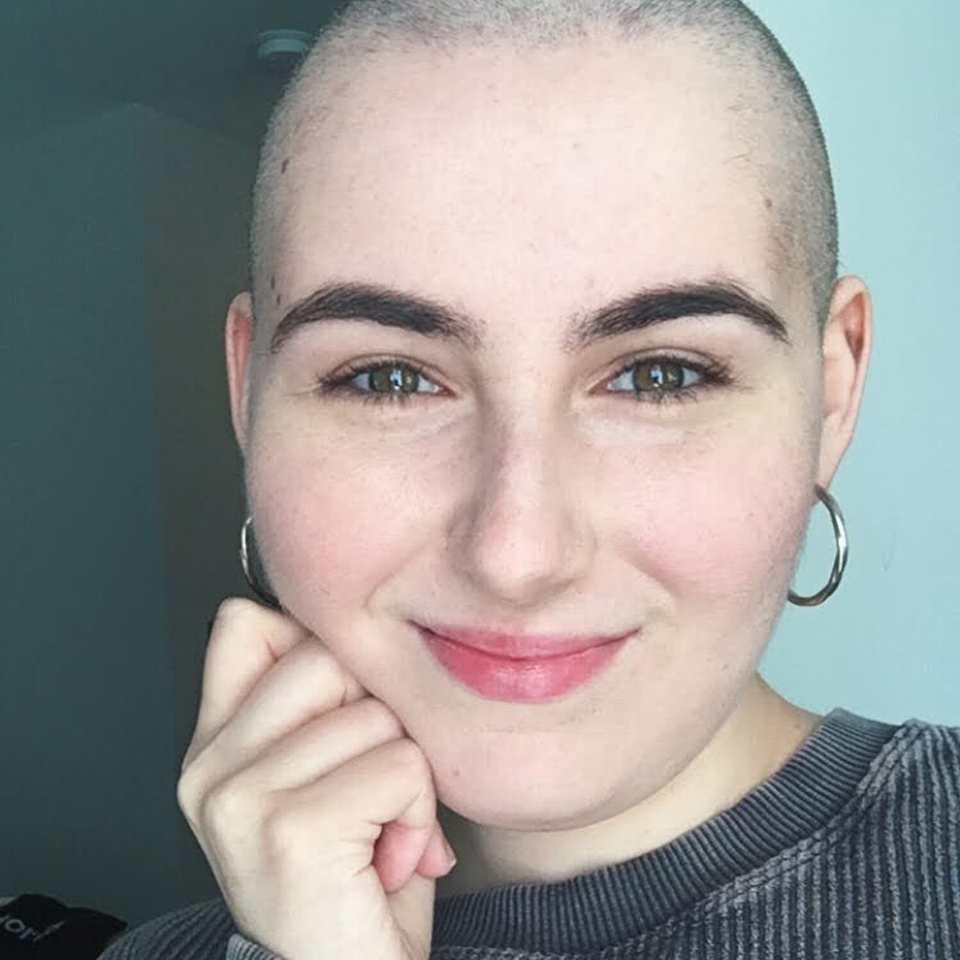 In the best of worlds, by the time you graduate, you’ve got an idea about what you want to do with your life, and for Lexi Riese, that was exactly the case as her education at NYU drew to a close in 2019. The Philadelphia native had immersed herself in the music scene for four years -- living on a music-themed floor in her dorm, creating her own major called “Critical Approaches to Pop Music,” and frequenting open mic nights. By the time June rolled around, she was one half of a pop duo, had a job set up at a music school, and was planning to record her own music. She was filled with hope and determination. Then, two weeks after receiving her diploma, she received something else: a diagnosis of stage four Hodgkin’s lymphoma.

Some might go into hiding with such a blow. Not Lexi, whose creativity and generosity of spirit spurred her to document her journey on “The Big Lex-C,” a blog with both darkly funny and heartbreaking entries. In one: “Can my leg hair just fall out already? Not a revelation, but needs to be said.” In another: “I want back my energy. I want back my old self. I am angry that cancer took her from me.” For this week’s 10-in-10, we talk to Lexi, now fully in remission, about that old self, the impact of cancer on her creativity, and her plans for the future, which is (very happily) looking brighter every day.

Anyone who’s been a part of Quadio’s open mics knows you can absolutely rip it up on the acoustic guitar. When did you start playing?

In high school. I’ve been singing since I can remember, and that’s always what I loved the most, so eventually I wanted to play guitar because I wanted to be able to accompany myself. I think a lot of it had to do with Tori Kelly. I really love her, and it’s so cool when it’s just her and a guitar. Now, of course, it also helps with songwriting.‍

When did you start songwriting?‍

That also started because I took a class in high school. Like, shout out to my high school for offering these things. I went to a private college preparatory school, and the goal was always to get into the best college possible, so my senior year I felt a lot of pressure to take AP History. But I also really wanted to try songwriting, because it was this mystical process that I knew nothing about. And I’m so glad that I did. It was really nothing more than a 45-minute block of time to find a random space in the school and attempt to write a song. That really changed everything for me.‍

Then music became a central part of your life in college?‍

My freshman year I lived on a music-themed floor. It was such a great way to meet people in all the music programs and collaborate. One of my roommates was a classical trombone player, and another was studying music business. In the beginning, the whole floor would just congregate in one room. There was a lot of jamming. We got shut down a lot for noise.‍

You also became half of a pop duo.‍

Yes, strangers. The summer after junior year, I was doing a lot of open mics around the city, and I met Gino Lee at an open mic in Brooklyn. I lived in Manhattan at the time and he lived on Roosevelt Island, so we took the train back together. I guess he must’ve asked me if I wanted to do a session, and I said yes. We wrote our first song, and I think we both just loved it. For me, it was really hearing my voice recorded for the first time, at least a recording of that quality...I was like, “Whoa.” We have a few songs out there, but that one, we haven’t released. Gino moved back to South Africa, and things got so crazy with me. ‍

Let’s talk about the “crazy” you’re referring to. ‍

Well, I graduated in 2019, and I actually got a job at a music school as an assistant to the director. The plan was to pursue music, and work at the music school to support myself. But I was diagnosed with cancer two weeks after I graduated.‍

You’re in remission now, and you cover the details of your journey beautifully in your blog. But from a creative perspective, what was that time like for you?‍

Honestly, I didn’t listen to a lot of music. I think for the first time in my life, I didn’t find music comforting. I’m still sort of unpacking why that was. It may have been that music is so important to me that it was almost triggering to listen to it. It was really hard for me to feel unproductive, and listening to music was almost a reminder of, “I can’t do this right now.” I think it was also that all of a sudden, it didn’t feel like a single song out there captured what I was going through. I did write a few songs, which was therapeutic. Some of them I really love and am working on now.‍

Have you learned anything about yourself since being diagnosed?‍

A friend of mine who had cancer said, “What did I learn? That cancer sucks.” I found that really relatable. I get asked a lot what I learned going through it, and sometimes it feels like I’m expected to say something super inspiring. But there are some days where I’m more confused than ever, and all I think I learned is that cancer sucks.

I guess I did realize that prior to being diagnosed, I didn’t let myself feel what I was feeling on a daily basis, like, I always put on a happy face and pretended like everything was okay even if it wasn’t. And when I was diagnosed, I couldn’t do that anymore. It was really hard to not only be dealing with the diagnosis, but also learning to accept support and accept help.‍

Has it been tough to find your passion for music again? ‍

It was a rediscovery process. There was a period after I had my stem cell transplant where I would try to go for walks to regain my strength, and I would listen to music in my headphones, and I didn’t love it like I used to. I was like, “Will I ever feel the way that I felt before?” But that didn’t last too long. As for my own music, I’ve been writing with a good friend, and I’ve also been writing with some new people, which has been really fun, people that I wanted to write with before I got diagnosed and never got the chance to. I’m also learning how to produce. ‍

Are you thinking about the future?‍

As far as what I want to do, I don’t know. I feel like being in your own lane is important for any artist. You can’t just do what everyone else is doing, you have to carve out a space for yourself. I haven’t figured out what that is for me yet, but I just think that’s something I aspire to. As I feel better and better, like I said, I’m excited about music again. I’ve been doing sessions and I’m listening to music and I’m obsessed with it again. That is a really good feeling, to love it again.‍

You mentioned you’ve been writing a lot. Do you have a favorite lyric you’ve written? ‍