You might think “orgasm music” is a gimmick. Think again. 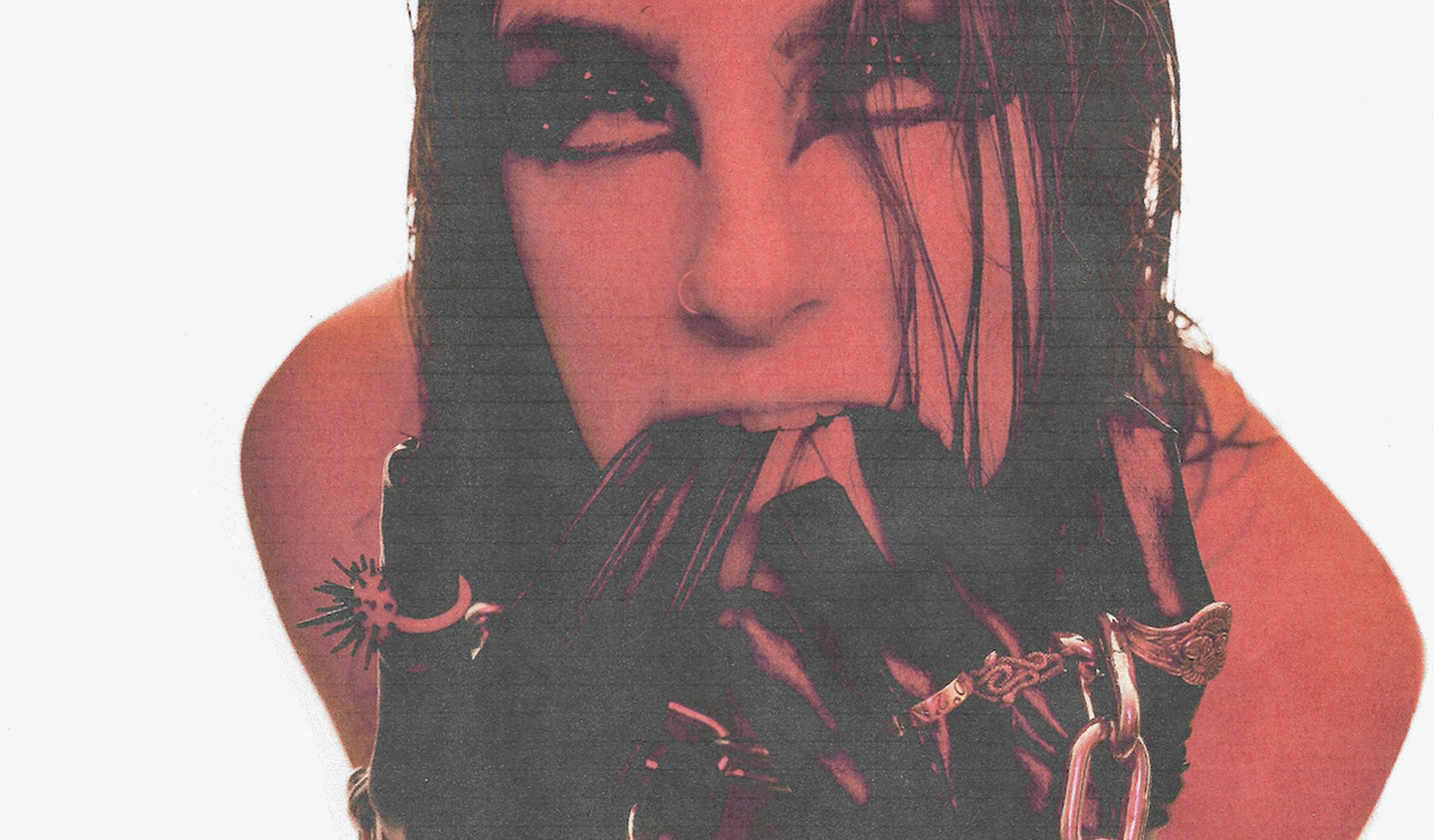 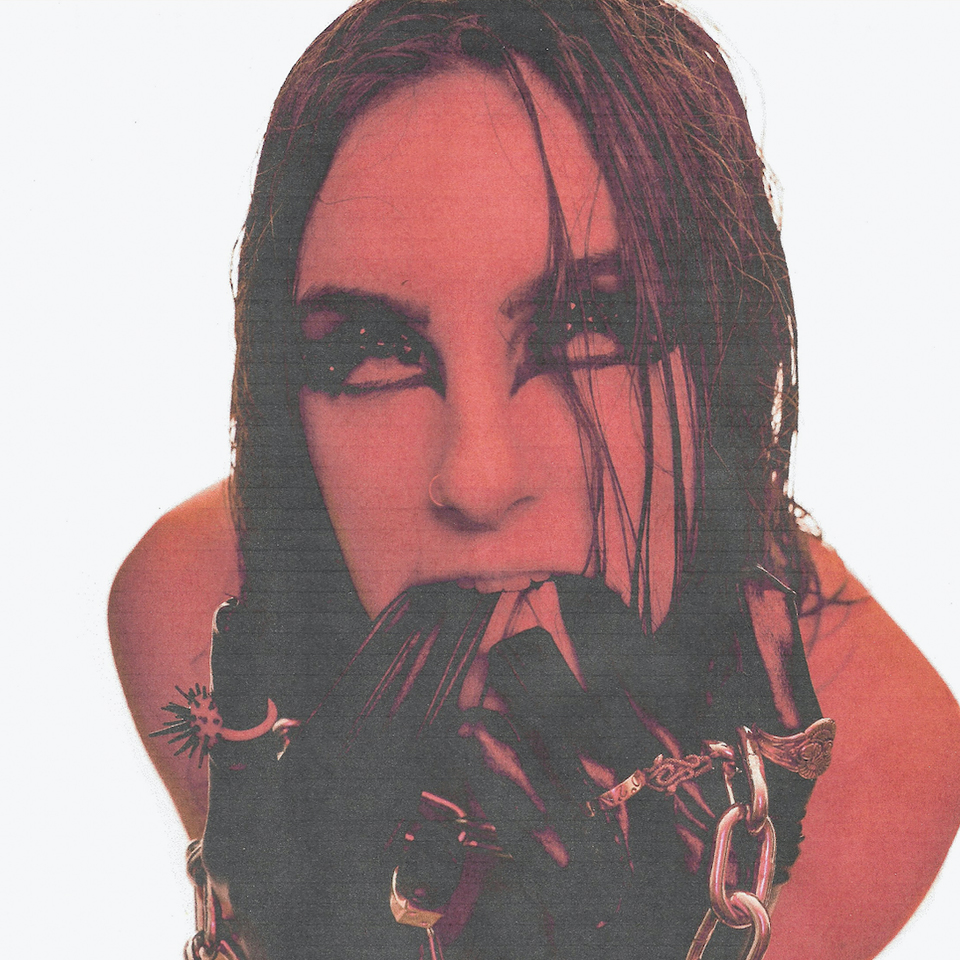 If you’re in the underground New York music scene, or caught the recent article about her in Vice, you’ve probably heard about Von. She’s the artist who makes “orgasm music.”

That is, Von, a recent graduate of NYU, uses a “smart” vibrator by Lioness that connects to their app, which shows orgasm contraction rates as wave forms. She then takes those waves and inputs them into a synth, which converts them to sound. The result is a bit like crossing Grimes with Peaches, then throwing in the ethos of Pussy Riot. Except that Von is a solo act, producing, writing, engineering, mixing and performing all of her material. She is, to quote a line from one of her most mesmerizing alt/glitch-pop tracks, nothing short of a “one-woman show with the action.”

It would be all too easy to write off an artist making “orgasm music” as gimmicky, but all it takes is a few minutes talking to Von to know she’s anything but. A former classical pianist from a conservative small town, Von is passionate about understanding complicated ideas, cultural movements, and tech innovation, and, as a producer, truly excited by creating sounds that no one else has. That she’s part of the burgeoning societal conversation about female sex positivity, she says, is an added bonus.

Quadio spoke to Von via video from her apartment in Bushwick. ‍

I actually was a classical pianist. But my piano teacher, bless her heart, sat me down when I was around 12, and asked me, “What do you want to do with your life?” And I was like, “I want to be a piano player.” She said, “Okay, cool, so do you want to practice 20 hours a day?” And I said no. At that point, I was practicing five to six hours a day; it was my life. But I played sports, and I had friends, and I wanted to do other things. So she said, “Pick another thing, because you’re going to be up against kids that want to be concert pianists, and that’s it for them. Either that’s all you do and you sleep for three hours a night, or you don’t do it.” ‍

Was your family okay with your decision? ‍

I was always sort of the odd one out anyway. I’m from a pretty small, very traditional suburb in Pennsylvania. My brothers went to private Catholic school. Everything moved in a very linear way -- you went to college and studied business, and then you got an internship, and then you got a job, and that’s it. A lot of people married their high school sweethearts, and life goes on and goes on and goes on. And there's no harm in that, it's just it was very different from what I personally wanted. ‍

How did you get from piano to producing? ‍

Actually, a security guard at my high school was a rapper, and one day he said to me, “Hey, I heard you play piano. Could you make me a piano-esque type beat? Do you produce?” And I just said yes, which is kind of what I do to everything, just say yes and figure it out. I went into Garageband and I just fucked around, and realized I really liked it. It was probably such a shitty beat, but if you throw enough shit at the wall, stuff sticks. ‍

What were you thinking about your music career when you arrived at NYU? ‍

I arrived at Clive [Davis Institute of Recorded Music] as someone who wanted to be a producer. I wanted to be very behind the scenes, not have my face on anything, which is hysterical now. Talk about a 180. But I just worked at a really obnoxiously fast pace, and I would get frustrated, because I was always waiting for someone to get me the top line back, or this person to record the vocals, but they had their own projects. So I would start doing a lot of different steps myself -- that’s how I first ended up recording my own vocals. ‍

When did your music start to have its sex-positive message? ‍

At Clive, it’s mandatory to study abroad in Berlin. There was a performance class there, so I took that, and that gave me a lot of confidence. The sex positivity -- everyone was so different in Berlin in regards to sex and communication and body autonomy. I went out to a lot of sex clubs there and was able to observe how different the general attitude towards sex was, as opposed to the attitudes in America and especially in my hometown. It was just such a crazy range of people, all different types of people, and all different types of relationships, and I weirdly felt more comfortable butt naked without my phone around strangers than I had ever felt at brunch in New York City. ‍

It must have felt weird coming back. ‍

Well, because I’m a producer, I’m always looking for ways to make sounds other people haven’t made. So, to make sounds with an orgasm -- no one else can reproduce that. I can’t really reproduce them again, right? Every session is going to be different. So it started out as a way for me to make sounds that were unique. It just happened to also have this political undertone that’s pretty well-aligned with my views anyway. ‍

How does the conversation about your music happen with your family and friends? ‍

The responses have been mixed. I think if everyone was responding positively, then it wouldn’t be as important of a space to take up as I think it is. The negative feedback is almost just as important as the positive reinforcement, in that sense. For a lot of my friends from my hometown, it opened doors for us to talk about things that beforehand we weren’t comfortable discussing as a group, which is really beautiful for me. ‍

Is this a lane you want to stay in? ‍

I think there’s still so much more to do. I don’t necessarily feel like, “I can only make music with vibrators for the rest of my life.” But it’s fun for me -- and I think it’s a more challenging way to create -- to start from a sound wave and build sound design from the ground up. So to be able to do that in a way that also pushes messaging that’s really important to me -- why not? Until I find some other weird thing to do. It’s always going to be a part of my narrative, whether I like it or not. I actually think that’s really cool. ‍

Have you gotten encouragement from the industry itself?‍

For our senior year we have a capstone project, and you walk into this room of executives at this big, fancy, major label, and you pitch yourself for five minutes. The feedback I got was almost exclusively, “Cool idea, but never going to work.” One guy said, “I mean, you can’t just sing about sex forever, so what are you going to do?”

18-year-old me would have gone home and cried, but 22-year-old me was like, “This is fantastic. This is just proof of how much more work there is to do in this area, so let's do it.”