A portrait of the artist as a young introvert. 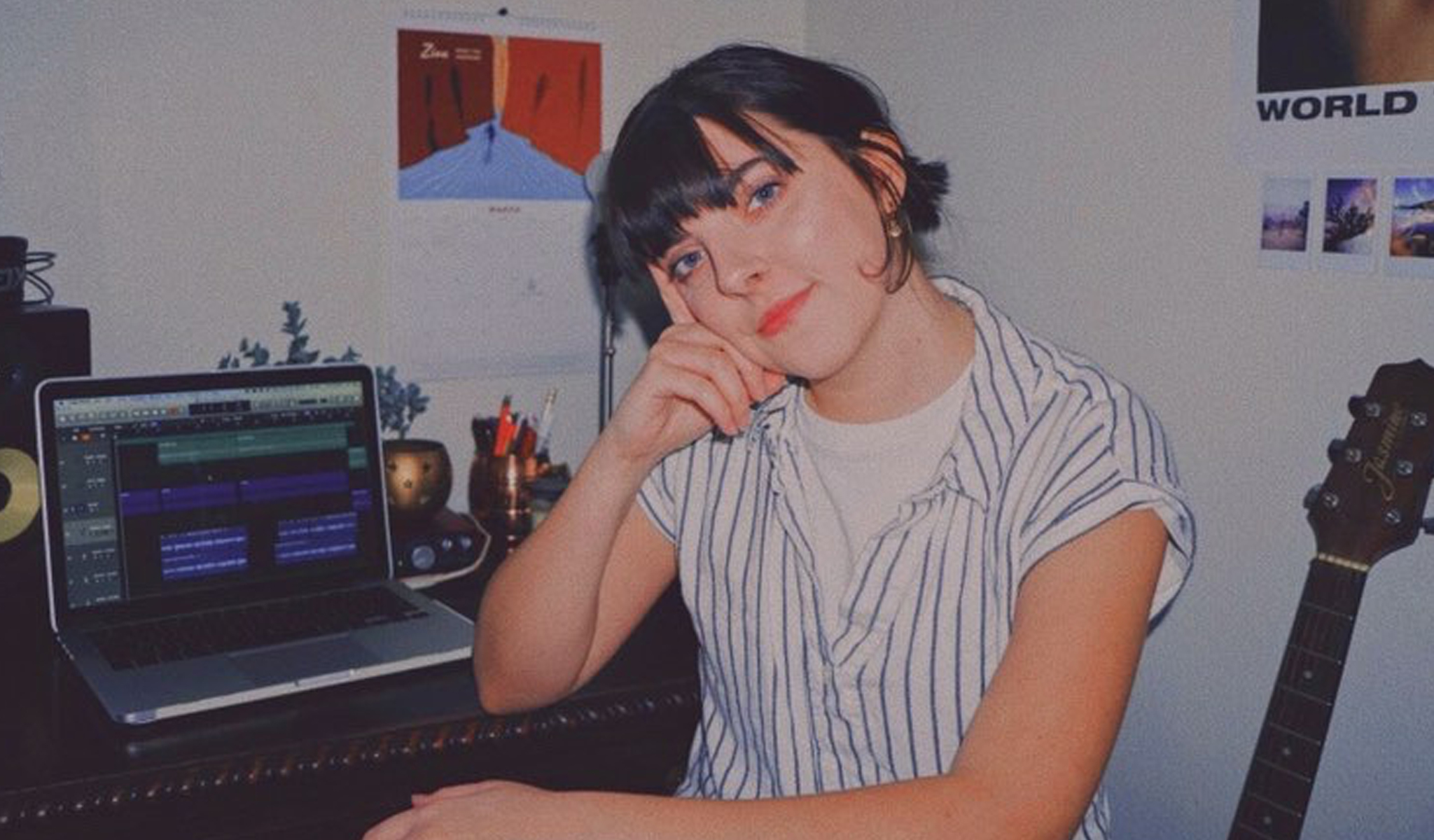 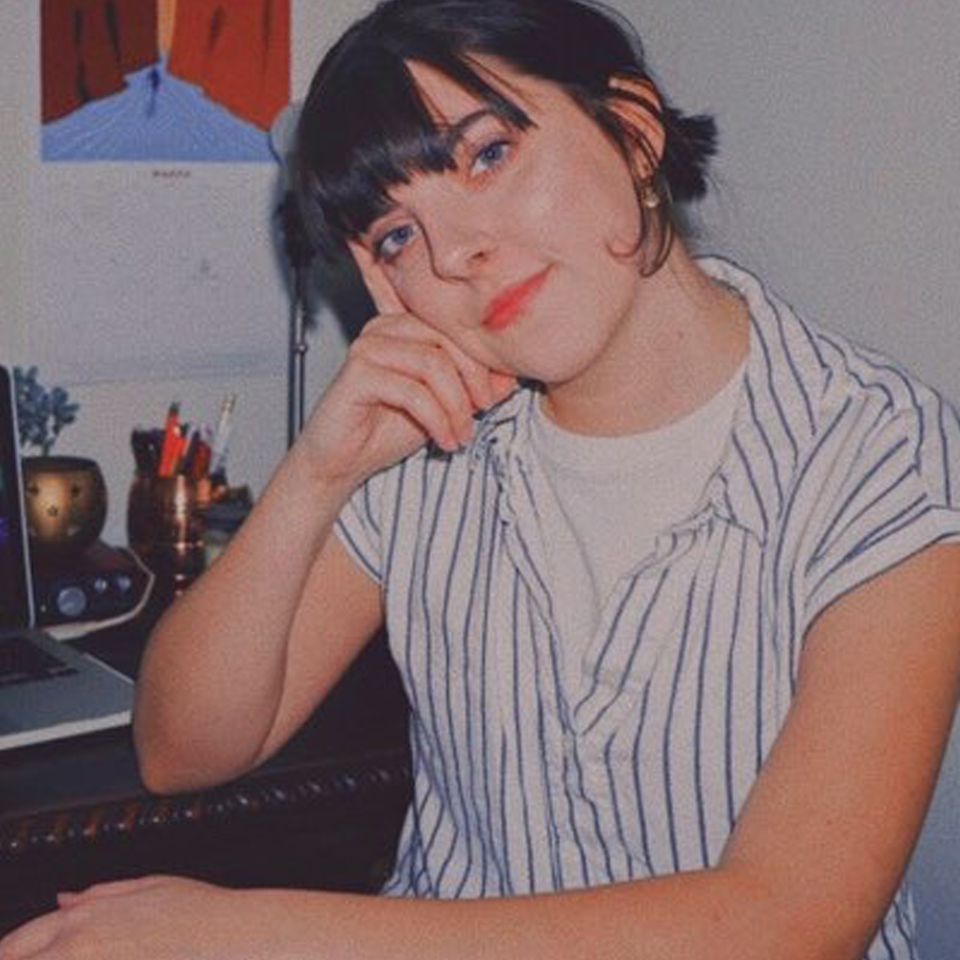 You hear it all the time. Success in the creative world -- and the world at large, really -- is all about who you know. Your ability to connect. Your drive to get in the right people’s faces. Your hustle to network, and then network some more.

What’s an introvert to do?

SMU senior Abby Cole, whose bedroom pop is as dreamy as it is addicting, would tell you not to worry. Her journey as an artist consists of instance after instance of her pin-pointing a world she finds fascinating, and then learning what it takes to be in that world -- digitally. It’s a strategy, so to speak, that has allowed her to learn and grow, while maintaining the solitude and peace she often prefers. And so it is that she has an active YouTube community of friends, and her own channel with 2,000 subscribers. And so it is, too, that she taught herself Logic with help from videos, and now, two years in, has an EP and countless singles that make you feel as if she must have been studying music and playing in bands for years.

Quadio spoke with Abby from her home in Dallas, in a conversation that covered topics from  her time as a PA on a Netflix set to making career choices in the age of Covid, but mostly explored what it means to find community from a place of authentic individuality.‍

Your first EP is called “Is It Not Strange?” What’s the “it” you were referring to?‍

That’s a lyric from the song “The Other,” which is about feeling like you don’t really understand where other people are coming from. You can feel so separate from other people, and you end up feeling like, “Oh, well, they’re different.” But at the same time -- you’re separate, too, and to other people, you’re on the outside. So I guess just the weirdness of, I don't know, realizing you’re an individual, if that makes sense. Realizing we find things wrong with other people without including ourselves in the equation as also being human. That was also a weird summer. I was alone a lot and so I was leaning into the weirdness of that. I’m an introvert.‍

And you’re definitely describing feelings a lot of introverts say they have, like feeling disconnected from others. Though music is a way of putting yourself out there...‍

Well, I’ve been singing since I could speak because I grew up in church. But I actually didn’t start making music until 2018. ‍

You only started two years ago -- really?‍

Starting to make music just always seemed really overwhelming. I would listen to music and feel like, “I don’t know how to do that,” because I thought everything had to sound pristine, and like...studio-quality. But then a lot of bedroom pop artists started to blow up, artists that were making music literally from their bedrooms. I realized that they were doing a lot of stuff themselves on GarageBand. And I was getting into a very DIY sound. That made me feel like I could try. I was like, “I love this music and it doesn’t sound perfect. So I can try to make my own music.”‍

I mean, I taught myself the tiny amount of guitar that I know. I know a bit of piano. I would say I’m more comfortable producing than I am performing -- I’m still learning a lot. When I made that first EP, that was me trying to teach myself Logic. A lot of my learning was just me messing around. I learned GarageBand, I learned a lot of stuff from YouTube. It’s kind of hard to stay interested, though, because YouTube doesn’t have a lot of female producers. You find a very specific genre on there -- there’s not a ton of tutorials on indie vocals, for example. I’ve actually found some great production stuff by female producers on TikTok. I want those artists to move over to YouTube.‍

Speaking of YouTube, you’ve got a channel where you talk about your own experiences, you give advice. What motivated you to do that?‍

I started it when I was 14. It was kind of similar to how I started making music in that I was following a lot of creators on YouTube, and I was like, “That’s really interesting. That would be really cool to be a part of.” I just started making stuff. It never really blew up, but I never really expected it to. I was just kind of having fun making stuff and meeting people and also experimenting with editing and all of that. It was a creative outlet, and it also taught me a lot about branding myself, and about how to experiment with establishing an online identity.‍

And it’s a place to put your short films?‍

Yeah, I’m studying film at SMU -- I’m double majoring in film and English. That actually came about because of my YouTube channel. When I started college, I’d had the channel for four years. So I was like, “I’m interested in this. I don’t really know what other major I would want to go for right now.” I’ve worked on a couple sets, my friends’ sets, and I worked on a Netflix set as a PA. ‍

It was the polar opposite. It can be chaotic. At one point, I was literally on a street corner directing foot traffic. But it’s really cool to experience that kind of community -- a group experience where you’re all working on one thing and you’re putting a joint effort and energy into it. It’s taught me a lot about collaboration and sacrifice. And I’ve made a ton of friends that way. It’s more of an in-person community. Music, for me, at least, is an online community.‍

Completely. I never really felt like I found a strong music community at my school. So it’s been good to have the internet to find so many different music friends and be in this music circle that I got to create for myself, in a way. I didn’t plan on that, obviously, but it’s been really nice.‍

In one of your YouTube videos, you say you’ve learned that it’s okay if you never really know for sure what you want to do with your life. Is that still how you feel? ‍

Yeah, I still don’t really know, especially now with the pandemic. If I had to choose a medium, I would choose music, but I don’t know that that means anything because I feel like I’ve said that about everything at some point. I’m working on my next EP. I’ve been doing collabs -- some through Quadio! I made so many friends through the Songwriting Club. That’s been really fun and some of the groups decided to do “round two” or whatever, so we’re still meeting. Right now I’m very just -- try everything and see what happens.‍

Are you sure you’re an introvert?‍

I think a lot of the appeal of music to me is that you can be disconnected if you want, and you can connect if you want. If you want to isolate yourself and work on a creative project that you have control over you can do that, but you can also be like, “I’m going to take a break from isolating myself,” and be a part of a big community and share your music and talk to people about music and make music together. Music is a way to understand yourself, but it’s also a way to connect with everyone else.