10-in-10 with Stony Brook's Lala Catapano

Her music sounds like it’s from another world. She’ll tell you that’s because it is. 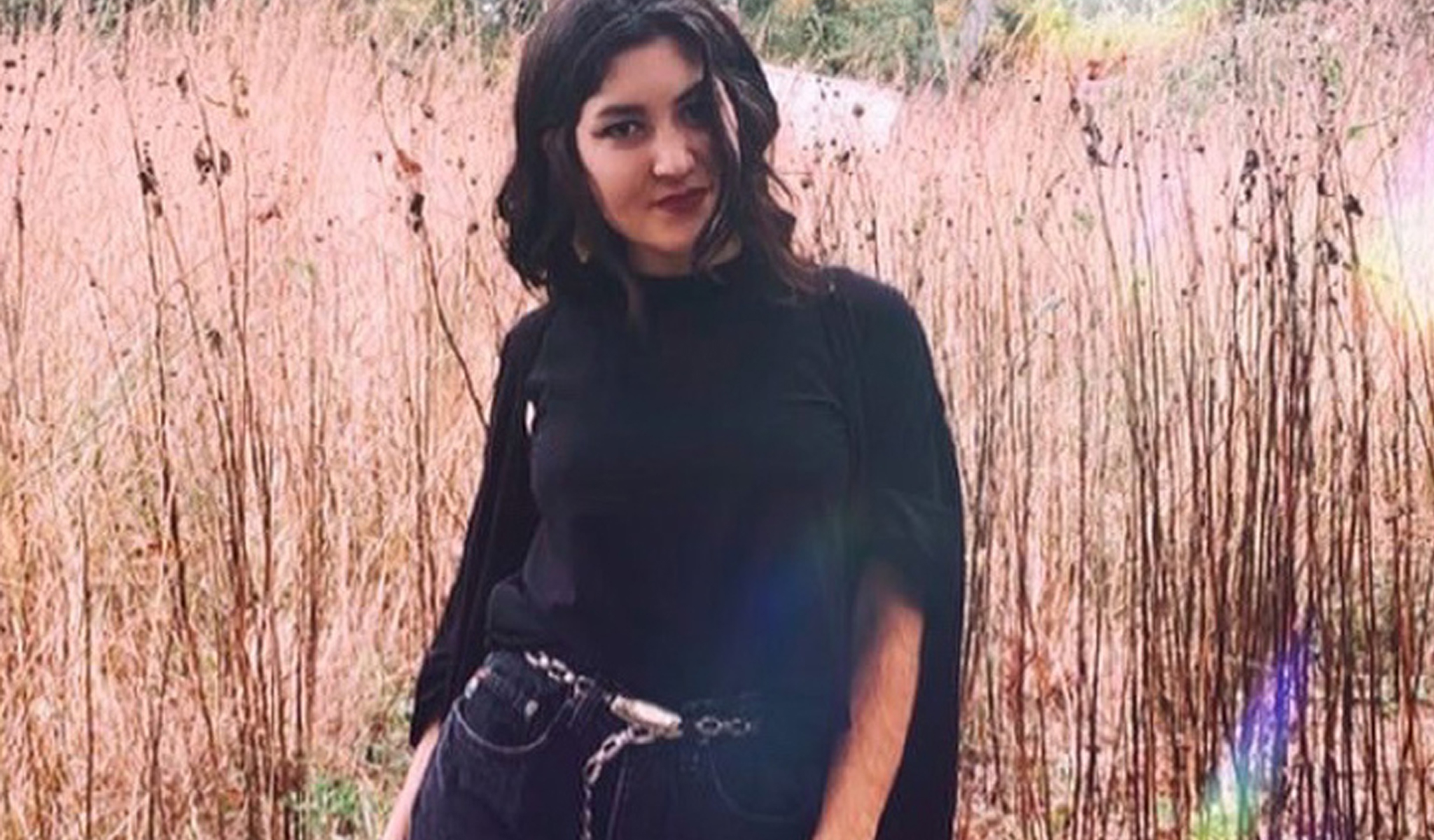 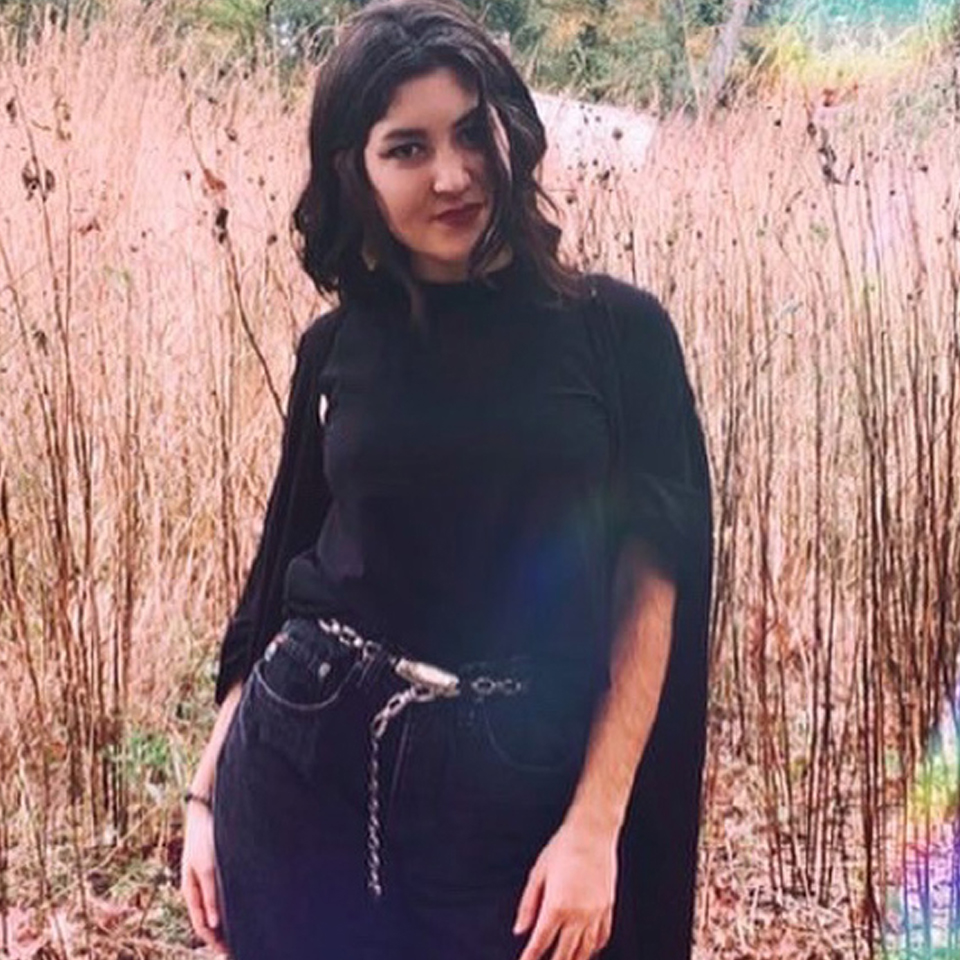 Quadio has hosted its fair share of virtual concerts and open mics during the pandemic, featuring singer-songwriters, bands, rappers, and DJs. There's always lots of love at these events, but few artists have received as strong of a reaction as Lala Catapano, who donned crystals, chanted, sang, and occasionally kind of, well, screamed, during her performance, creating a surreal music experience that is perhaps best captured by Lala's own name for her genre: "avant garde witch house."

But genre is a funny word to use with Lala. Her songs, with their tongue-in-cheek, abstract track titles, like "yellow lighter by the cat food" and "boring myself 77,” are not easy to categorize. Press play on "not sure if i should invite you over or not" and you'll hear her talk-singing over layers of her own distorted vocals. She ends the ambient "free oil, free energy, free life" with one minute of complete silence. And, as you might guess, "Chaotic Improv" is indeed an electroacoustic track that she created on the spot. Lala's performances are just as unorthodox. She describes one instance at a friend's party, where she got on all fours and began yelling. "People thought I was possessed or something, and they were like, 'Oh, weird.' But besides that, a lot of people have been reaching out saying, 'Your music is dope. Keep going. I've never heard anything like it before.'"

Born and raised in Long Island and currently studying Psychology at Stony Brook University, Lala cites The Smiths, Crystal Castles, and Tyler the Creator as influences, but also, and perhaps more importantly, she cites mysticism, quantum physics, and the healing arts. She's been studying these eccentric subjects since she was young; there's no denying they're a large part of why Lala is making music that's so different. She's at once one of the biggest creative risk-takers on Quadio, but at the same time is funny, self-aware, and carefree. Quadio asked her about that paradox, and more, for this week's 10-in-10.‍

Your music is really unique. How did your journey begin?‍

I took piano lessons when I was little -- I'm not really that good -- but it really started two years ago, when I learned to use GarageBand. Everything so far has been GarageBand, except for two songs I made on Ableton. I just recently learned how to play synth, and that's been really exciting. But it was all just a fluke, honestly. ‍

I realized that I had GarageBand on my laptop and I was like, "I've never really actually played with this. Let me just mess around." I started by remixing this J. Cole song, and then I was like, "Oh, I actually really like this. I want to make so many songs now."‍

How did you go from remixing J. Cole to creating something like "Vanilla Veil?"‍

I study performance art at Stony Brook, so some of it is influenced by Dadaist performances, like sound poetry and sound collage, and I'm also very interested in ancient philosophy, occult practices and magick. So a lot of my music includes chanting or spellwork. With "Vanilla Veil,"  when I'm chanting "radiant shower," I'm chanting as a devotional prayer or mantra to shower light codes. I don't know if I'm making sense.‍

Could you explain that further?‍

I'm a creative person, and I always have been, but also I feel like I tap into different realms a lot. Sometimes I get kind of confused about which world I'm in because I can see and hear things from other dimensions. I feel like that's a lot of the screaming that I do, because throughout my life, it's been scary for me to be able to experience those things. The screaming is an exorcism, too -- purging that fear and using it as a way to bring the artifacts from these other dimensions into our realm.‍

How do your parents feel about your music?‍

A lot of my spirituality actually came about because of how I grew up. I was raised Catholic and my parents wanted me to get my confirmation. But I was just like, "I hate this." So I started looking into what else I could do to devote to God, because I love God. And I've been interested in magic and witchcraft since I was little. I would bring crystals to my exams and just do spells over my tests. [Laughs] My parents support my spirituality practices, though. They don't like when I call it "witchcraft." Sometimes my mom will come into my room and be like, "What are you posting on the internet? Can you please act like a normal person?" I’m like, "No, I can't, actually." [Laughs] I do feel like my family hears my music and is like, "Why is she screaming so much?"‍

How do you want your music to make people feel?‍

Refreshed and inspired. Transported to a new world. I hope I'm offering a new way to experience music, even though what I'm doing isn't necessarily new. ‍

I've been painting and drawing since I was little. I'm a voice actor in a TV show. I do improv dance, and I've been taking improv comedy classes. I do art therapy with children. But right now I'm really into music because I like how I can pick out different sounds to go with the story of what I'm thinking of. Also, I've never done it before, so it's all new and I'm having a lot of fun figuring out what I can do with it. ‍

You're also a Polarity Practitioner, which means…?‍

Polarity Therapy is an energy medicine system that has a lot to do with introspection and psychosocial physics. It involves verbal counseling and bodywork similar to reiki and reflexology. It's something that I started doing as therapy for myself, and it really helped me. It was totally in line with everything I was already into, with spirituality, psychology, and quantum physics. That's what Polarity Therapy is: a holistic healing arts modality blending ancient teachings, hermetic wisdom, astrology, elemental relationships, and quantum physics, all helping to balance the body's flow of energy. How everything is connected and related to one another.  ‍

Where do you see all this heading sonically?‍

I would say abstract dance music. [Laughs] That’s what I want it to be. Avant garde witch house. I don't want to limit myself to one sound, though -- I like to have diversity. ‍

Does it take a lot of confidence to talk about all of this, and make the music you do, and not feel worried that people will think you're weird?‍

I honestly don't care what people think of me. For me, in order to be healthy, I must be expressive and in my authenticity. I know I can be "weird" sometimes, but I am so multidimensional, why would I ever want to suppress my individuality? I feel like I can talk to pretty much anyone -- I'm pretty versatile in the communities that I'm able to engage in. I know that God's got me and I know that you die anyway, so why not just be yourself, as generic as that sounds? Why else are you here but to be the light of your soul? Have your soul shine through? Who cares what people think?