Music that took him from his bedroom to a 37-hour flight from home. 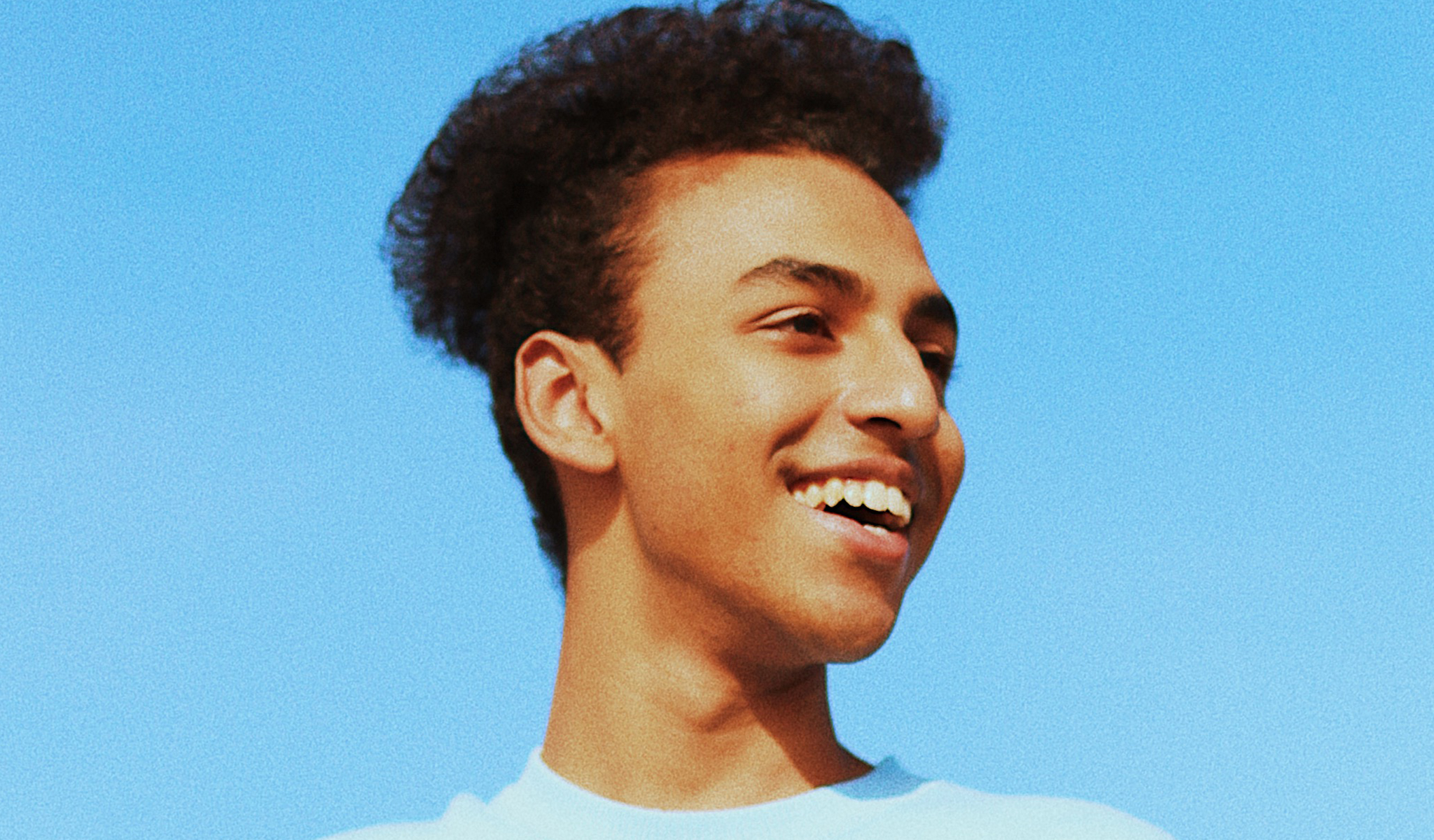 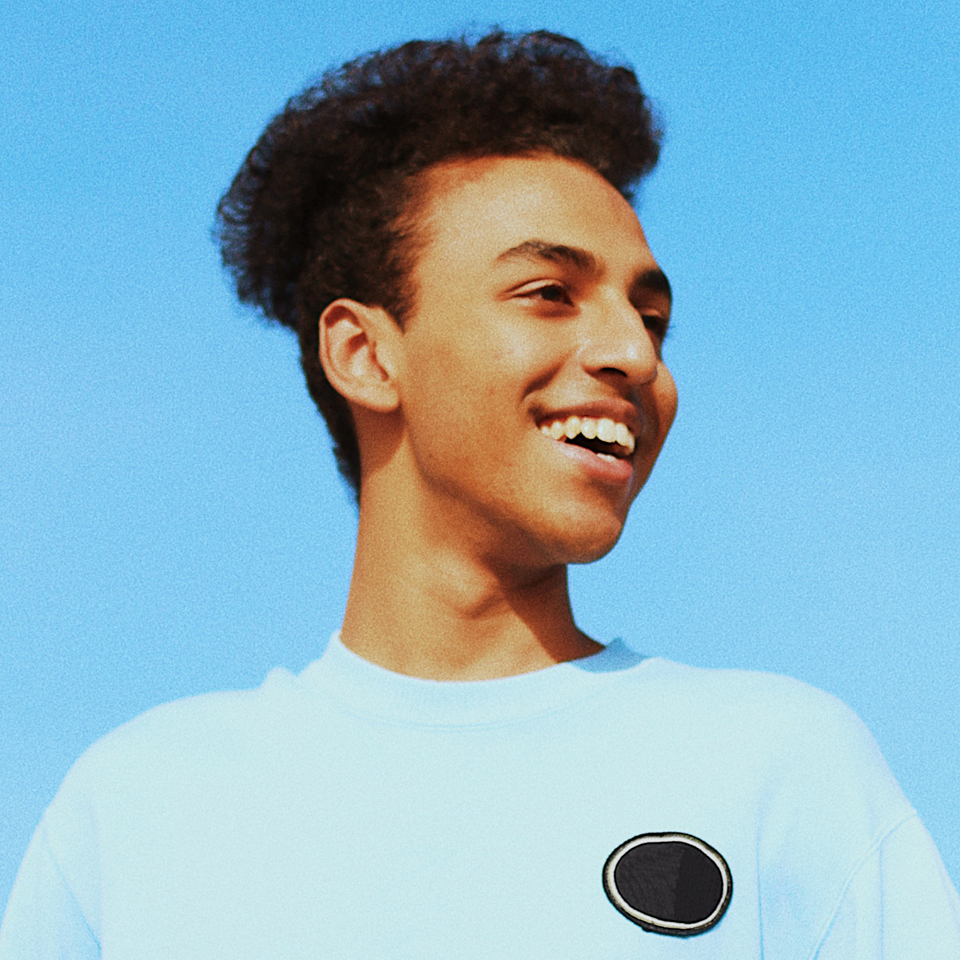 Picture this: You're a young boy growing up in Kuala Lumpur with an affinity for singing and guitar. Though your education is liberal, Malaysia is a developing country with traditional values, and so examples of a career in entertainment are uncommon, to say the least. So you turn to the internet, learning how to make music via YouTube tutorials in your own bedroom. It's a quiet thing; you're on your own. But then, one day, you upload one of those songs to Spotify, a peppy-yet-vulnerable pop track called "useless," and the streams start exploding. (Currently, it's garnered upwards of 850,000 on Spotify alone.) You land on two of the platform's most popular playlists, and boom, you're on the radio, you hit the Shazam Top 100, and you're opening for Alec Benjamin.

What's your next move?

Well, if you're Rufus Sivaroshan -- known artistically as "a kid named rufus" -- you take the 37-hour flight to the United States, a country you've never been to before, and start college. "It was definitely a ballsy move," he admits with a smile. But the success of his infectious, electronic-infused music in Malaysia spurred a connection with an audience abroad, as well as his own deeper interest in the music industry itself, so he applied to music business programs in the States, and landed at Syracuse University a mere three weeks ago. Quadio spoke with Rufus about revelations from his first few weeks stateside (hint: the true size of a medium coffee), his insanely speedy ascent to success, and making music for mental health. Read on:

First things first -- welcome to the United States! How are you finding it? What's been different from home?

Well, it's cold here. I know this winter has been pretty bad in comparison to other winters, but it doesn't snow in Malaysia. It's tropical weather. It's hot all year round. So that's been new. Food portions are massive. As soon as I got here, I went to Dunkin Donuts and I ordered a medium coffee, thinking it'd be a respectable size, but it was huge. I think there are definitely things about the US that are different, but getting assimilated and talking to people, getting to know people here, that hasn't been tricky at all. People are really nice.

Did going to international schools growing up help prep you for the transition?

Yeah, all my friends growing up were from the UK or America or Australia. I think that's made me an international person that understands a whole lot of perspectives; I was able to get a liberal education and understand liberal values. Malaysia is a very conservative society. It's traditional. Also, it's a developing country, so you don't have the same resources that you do in the US, especially when it comes to music and the arts. A career in those areas is more looked down upon. I think that's definitely an Asian thing. So to find the resources that an artist would have access to in the States, it was pretty difficult to find those same resources in Malaysia. I think that's why I had to DIY literally everything, from producing and engineering my own tracks to finding show opportunities and trying to get into writing sessions.

How did your artistic journey begin?

My mom's an architect, but she loves singing, so she's actually the reason I got into singing at such a young age. I started taking vocal lessons with her at the age of six, but I stopped shortly after and just taught myself. I picked up the guitar when I was 14. I learned how to play through YouTube tutorials. And I learned how to produce around the same time, in GarageBand and FL Studio, just for fun. I wasn't great or anything, I was just messing about. I think with production, and with singing and playing the guitar, songwriting naturally followed suit. But I want to say, honestly, I've only been professionally doing this for about two years now. I think I'm finally at a stage where I believe in my craft and I know exactly what I'm good at, what my strengths and weaknesses are, but that's it.

What was the step from just messing around to uploading to Spotify?

I finally had a couple songs that I felt were good enough. I felt they were palatable. And I was just like, "Okay, I'm going to put it on Spotify and see what happens." The last two years of putting out music on Spotify has been about trying to find myself. I started out releasing electronic pop, loud sounding stuff, and now my music's transitioned into more indie pop.

Your music is uplifting-sounding, but your lyrics can be very sad. "friends" is about losing the people you love as you get older. "useless" is about feeling like a waste of space.

Yeah, it's weird. I've had depression and anxiety since I was 12. That's been a struggle, and I think music has been therapeutic in the sense that I get to talk about it. I get to just put down my emotions, pen to paper, and that's been really nice. I want to talk about the way I'm feeling, because I know people feel the same way, and I want them to feel less alone. That's so important to me. As for the sound -- when I listen to sad-sounding music, I just go further down the rabbit hole. That's never been good for me. So when I write my music, I know I want to create something that's happy and uplifting and that's going to invoke positive thoughts. It's an interesting combination. But yeah, I don't want to say it's on purpose. I think I unknowingly do it with intention.

What did your parents think about your leap into music?

They were supportive, but they definitely treated it like it was a hobby until "useless" came out. That song in particular got a lot of traction in a really short amount of time. It was on the radio and got label attention and stuff like that.

How did that happen?

A week after I put out the song, I got on Lorem, the Spotify playlist, and I was like, "Whoa, that's crazy." When that happened, I think my streams tripled. And then it got put on Fresh Finds the week after. And then the really interesting thing that happened was it got picked up by Malaysian and Singaporean radio, and then it entered the Shazam Top 100. It was crazy. A couple of weeks after that, I got hit up by Alec Benjamin's team. He was coming down to Singapore to do a show and they were like, "We need opening acts. Are you available?" So I flew down to Singapore and I opened for Alec Benjamin. It was the first time I did anything like that. That was ridiculous.

Did your family see you perform?

They did. I ended up opening for Omar Apollo in February 2020, and they saw that. They were like, "Okay, cool. Yeah, this has gotten a little bit more serious." I always wanted to go to the US to study, but I was going to do political science, which is like a safe degree. It would make my parents happy. You can get a job. As all the music stuff happened, I started getting really passionate about the industry. And I discovered this whole other side of things to being a musician. I was like, "Oh, I really want to learn more about this." I started learning more about it on my own, by connecting with people. And then I found out that there was such a thing as a music business degree, so I really wanted to apply to schools with that program. But I was like, "My parents are not going to be okay with it." But they ended up coming around, which was really nice. I think if all of that hadn't happened with my music, they wouldn't have, so I'm definitely really grateful it did.

So is the dream to be an artist -- or a person who helps artists in the music industry?

I'm at a point where I'm comfortable with either path. If a kid named rufus grows to the extent that I become a Top 40 artist and things really blow up, then hell yeah, I'd love to be a musician full-time because it's what I enjoy. And I would still get to apply some of the things that I've learned about the music business. At the same time, if a kid named rufus just becomes a really low-key project, I don't mind that either, because I still get to be creative, and I still get to pursue an industry that I really love. So really, whichever way my life goes, I feel it's a win-win. I love that duality. And I feel really, really fulfilled.

Have you been making music since you arrived?

I'm starting to, I think I've got a grasp on my schedule. I'm getting a brand new mic this weekend, so I might set up the whole studio space in the dorm, and I'm going to start writing. I have an EP on the way, so I've mostly been working on visual content and preparing for that. I have a bunch of ideas that I've been working on. I'm just excited to get back into the swing of things and start writing again. Also, there are so many artists here, whether they're in my program at Syracuse or not, or even just in the Syracuse area. It's almost the middle of nowhere, but there's this really nice culture around music here, and I love that.