She can’t believe her life is happening to her. The Jonas Brothers would beg to differ. 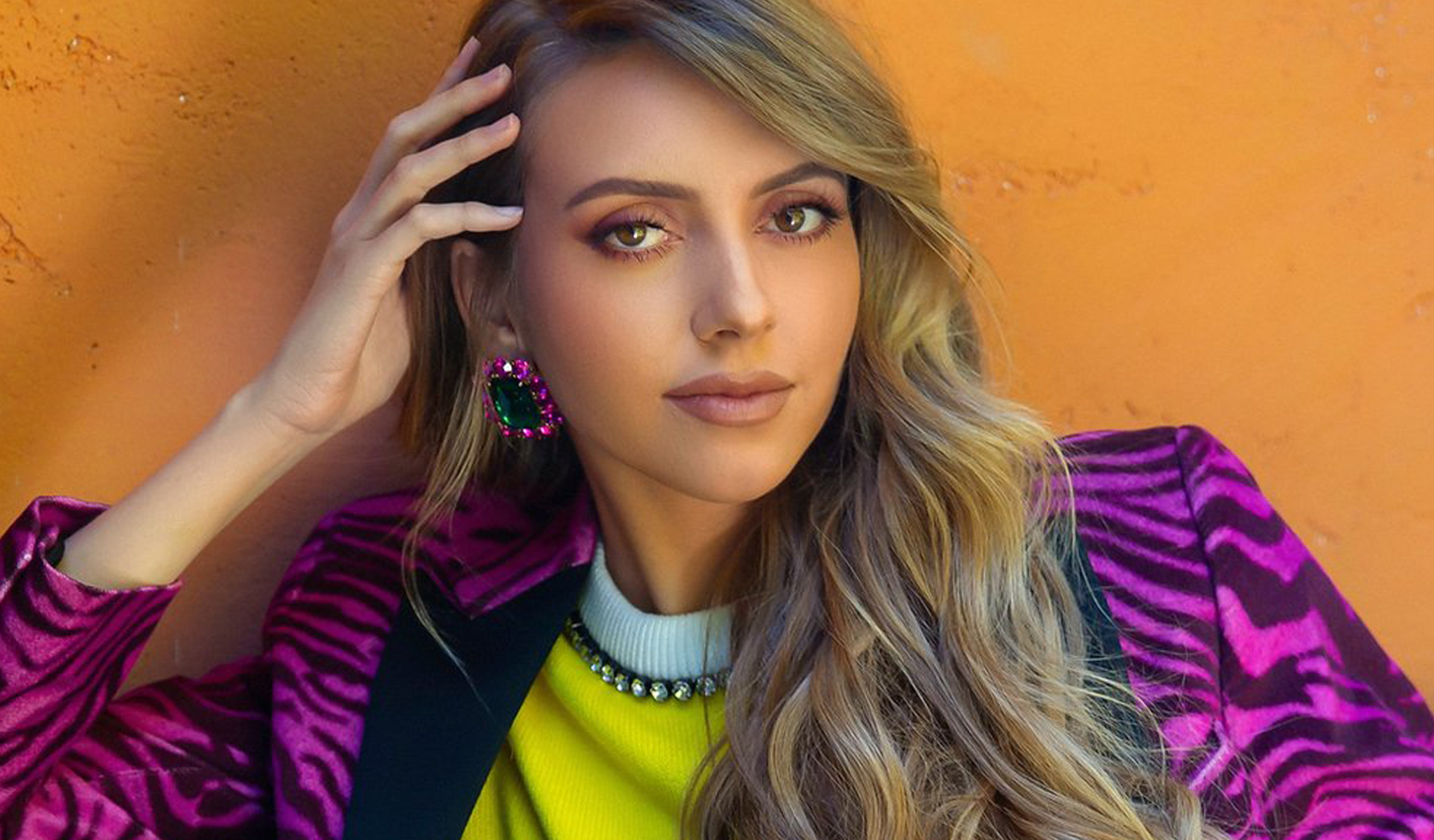 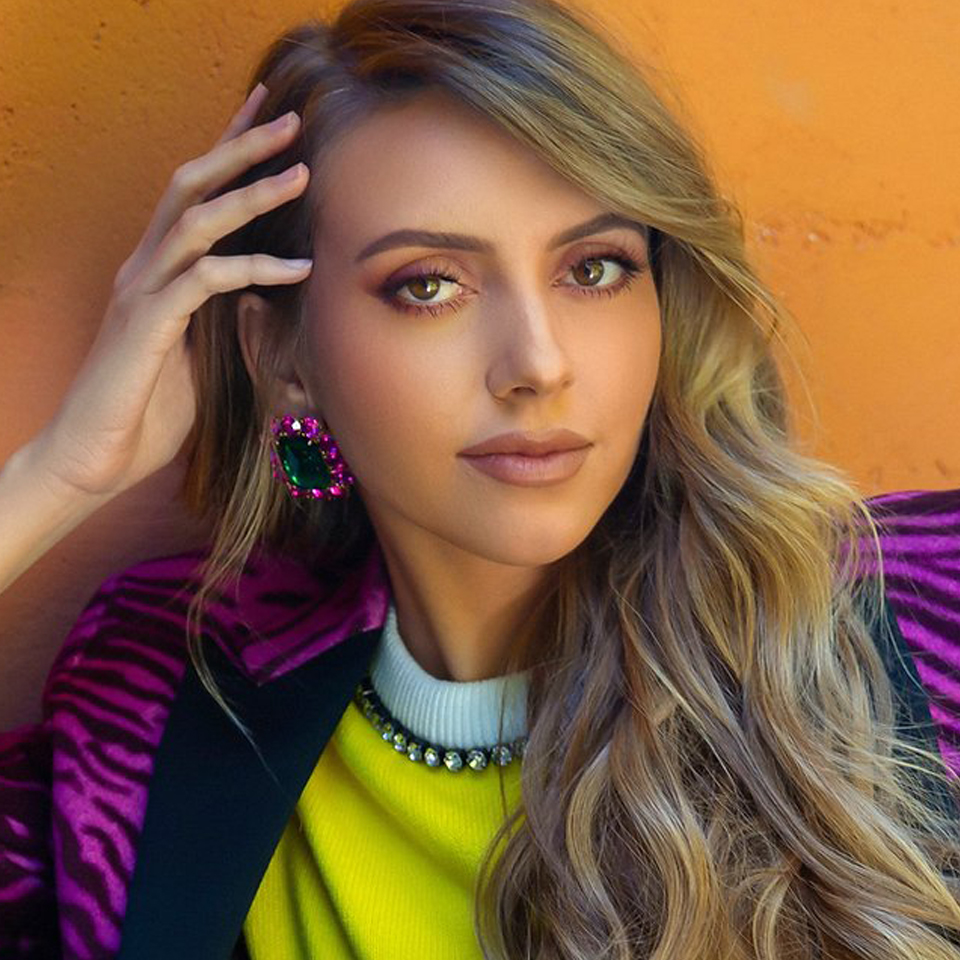 Back in the old days -- before she’d opened for Meghan Trainor and the Jonas Brothers -- a totally self-taught 15-year-old going by her first and middle names, Olivia Somerlyn, recorded “Only in the Movies,” a wistful, blissful pop track about the surprise that dreams do sometimes come true.

Nine years later, no wonder it’s still her favorite song. Her name is LIVVIA now -- a combination of her family’s nicknames for her, Liv and Via -- and her career is on an upward trajectory that would make many emerging artists shake their heads in awe. But LIVVIA still can’t believe it’s happening to her. And when you hear the details of her story, neither will you. Because, really, who walks into a random record store to buy a keyboard with her mom and walks out with an influential LA producer? Who gets teased relentlessly during middle school for pop star dreams and then co-writes a song with Nick Jonas that hits #1 on Billboard’s Dance Club chart? Who pens a heartfelt ballad about breaking up that ends up getting featured on Hawaii Five-0 and logs 12 million streams on Spotify?

Yeah, someone who knows that movies aren’t the only place with happy endings.

But the fairytale vibe of LIVVIA’s life only tells a fragment of her story. Because beneath the pop princess veneer, there’s not only a lifelong student of musicality and videography, there’s an avid academic who gets insanely excited talking about the principles of economics. There’s a no-make-up, self-described tomboy who loves dare-devil wake surfing and playing Xbox. And there’s a recent UC Berkeley grad who thinks the coolest thing she could do someday is get an MBA.

LIVVIA notes that sometimes when people hear about her full story, they remark, “You’re not like other girls.” To which she likes to respond, “Yeah, actually I am.”

“I think people get boxed into stereotypes so easily,” she explains, “especially stereotypes that are palatable to the world. But all of us are so much more than that.”

Quadio spoke with LIVVIA this week from LA, where she has just released her latest single and music video, an uplifting quarantine love story called “Beautiful Escape,” and the conversation, perhaps not surprisingly, covered a wide swath of territory, from the sacrifices of being a student artist, to the power of (sometimes) playing the wrong chords.‍

Because your story is so unusual, let’s start at the beginning when you taught yourself piano as a toddler. Was “prodigy” a word people used?‍

No, I don’t think so. It was more like, I was an only child, and the thing about being an only child is your parents don’t have anyone to compare you with. So, my mom tells this story that I was at somebody else’s house and they were singing Happy Birthday, and I started playing it on the piano. And the other parents said to her, “Whoa!” And my mom was like, “Well, yeah, is that not something that they all do? I mean, she listens to songs and she starts playing them.”‍

Did your parents immediately put you into music lessons?‍

Again, no. As I grew up, I focused mostly on academics. That was more just the family that I was in. On the side, I was always so interested in the songwriting process, though. I would listen to music, and I would have headphones in, and I would take one out and take the other out, and listen to which instruments were panned to which side, and when they would come in. The technical side, it just really, really fascinated me. And almost every time I would listen to a song, I would be creating a music video in my head, too.

I have to say, I’m actually really glad that I taught myself how to play piano, because it allowed me to discover chords that people don’t usually use. I remember a few years after this whole musical discovery process, I was in LA teaching a studio musician how to play one of my songs, and he was just like, “What chord even is this? Why would you even do this?” And I was like, “I don’t know what it is, it just sounds good.” And he said, “I mean, I can't argue with that, it does really sound good, but I don’t know what you’re doing.” So there was a benefit, I think, to just figuring something out without knowing the rules ahead of time. Some of those “mistake” chords are the best music you will ever make, because they’re atypical.‍

In middle school, you started commuting back and forth from San Francisco to LA to try to launch a music career. Did your classmates know what you were up to?‍

Yeah, amongst my friends, there were a lot of Hannah Montana Jokes, which were in good humor and I played into, but unfortunately I was also teased a lot by other kids for having the dreams I had.‍

By the time high school ended, you had started to get some traction with your career, so why even go to college?‍

Well, I didn’t right away. I took a gap year so I could focus fully on music. By the end of that gap year, I was signed to an agency and started touring with artists like the Jonas Brothers, Jessie J, and Meghan Trainor, as their opening act.‍

OK, let’s go there. You had a totally chance meeting with the Jonas Brothers, right? It was so random --‍

It’s a great question because I do get people asking me, “How do I break into the industry?” And I just think there’s no real one straight narrow path to go down. For me, it started the summer between middle school and high school when I came to LA for an acting summer camp. Acting wasn’t my main thing. I just saw this camp at Universal Studios, and I thought it would be really cool. And I think it helped that I have a really supportive mom, who was just like, “That sounds fun, let’s go.” And one day while we were there, we went to a music store to get a keyboard, and through meeting the people at the music store, and just talking to them, they introduced us to somebody who was a friend of theirs, who was a music producer. And then I became really close with this music producer, he was just a really great mentor for me. He was the first professional musician that I ever worked with. And we started writing music together, and then he brought in other co-writers, and it was just connection after connection after that.‍

But not a connection to the Jonas Brothers --‍

Again -- a totally random thing! We lived in the same neighborhood, and we happened to be in the same restaurant at the same time. This was after the Teen Choice Awards, so there were a lot of their fans at the restaurant. All the girls were going up to their table and saying hi, and my friends were really mad at me, because I did not want to bother them, even though our table was right next to theirs. And toward the end, they came over to us because we had respected their space even though we were clearly fans. My friends loved me after that.

Anyway, the thing is, clearly I’m very wary of asking for anything from people -- I didn’t even want to say hi -- so even as I started to become really close friends with the whole Jonas family after that, I didn’t tell them I was a musician. They found out when we ran into each other at a recording studio, and they were like, “What are you doing here?”‍

You had never told them?‍

I didn’t even consider it. I was just like, “I have to get there on my own, to a place where I’m in a position to be good enough to collaborate with them one day.”

Then I guess the thing that happened was they went home and told their parents, and their dad, who was their manager, came to see me rehearse, and he was like, “I can just see this working so well with my sons’ audience.”  Not too much longer afterward, he officially started managing me, and I signed with CAA. Then I was on tour with Big Time Rush, and then later, when that tour ended, I jumped on the second half of the Jonas Brothers tour. ‍

And then afterward you went to Berkeley?‍

Online, mainly, while I was touring. In the end, I was only on campus three semesters, when I took all my economics classes at the same time, which was intense. They don’t like you to do it that way, but it was the most streamlined.  ‍

It’s hard. I think the thing is if you want to accomplish both, you just can’t prioritize the college experience, like the whole Greek life thing or sports team type thing. You know, maybe somebody could figure out how to really have it all, and I came close, but I missed a lot of stuff. I was traveling back and forth to LA every weekend, and working, and at that point also traveling to other cities and wherever, the music industry, wherever they needed me to be. In the end, it was the right thing for me. But when I get my MBA, I want to be on campus.‍

An MBA because? ‍

Well, one reason is the music industry is a business. Everything is a business. So I think just understanding those principles of business and diving deeper into what it means to be a leader would just be so, so, so key to my development.

But also because while I’ve had a lot of practical business experience -- even in this creative industry -- I still crave the academic side. I’m always balancing the creative and academic sides of who I am and connecting them as best I can. There’s so many different parts of me. Maybe it doesn’t really make sense as a brand, per se, but it makes sense as a human.