Two million followers on TikTok — but it's casual. 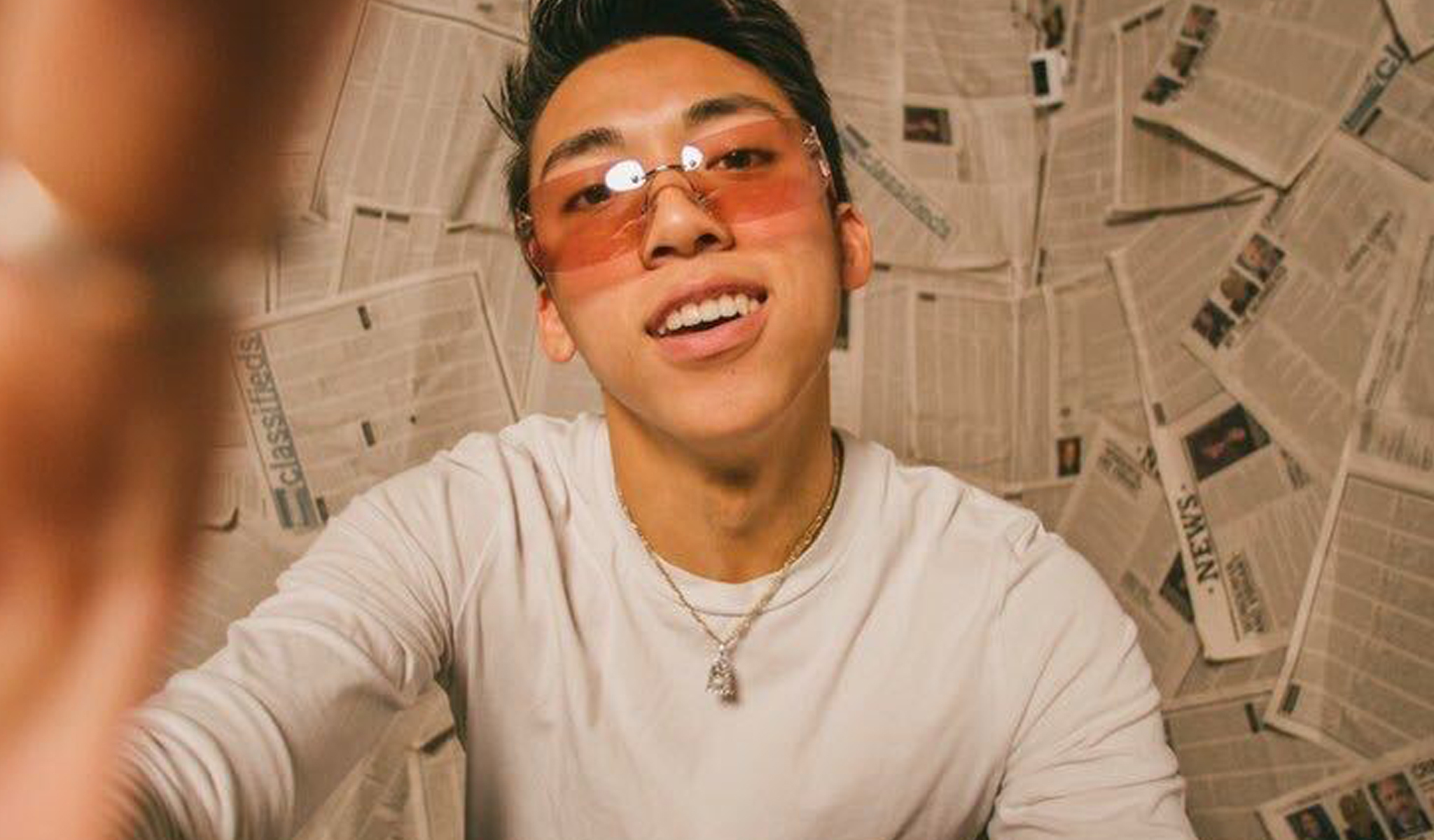 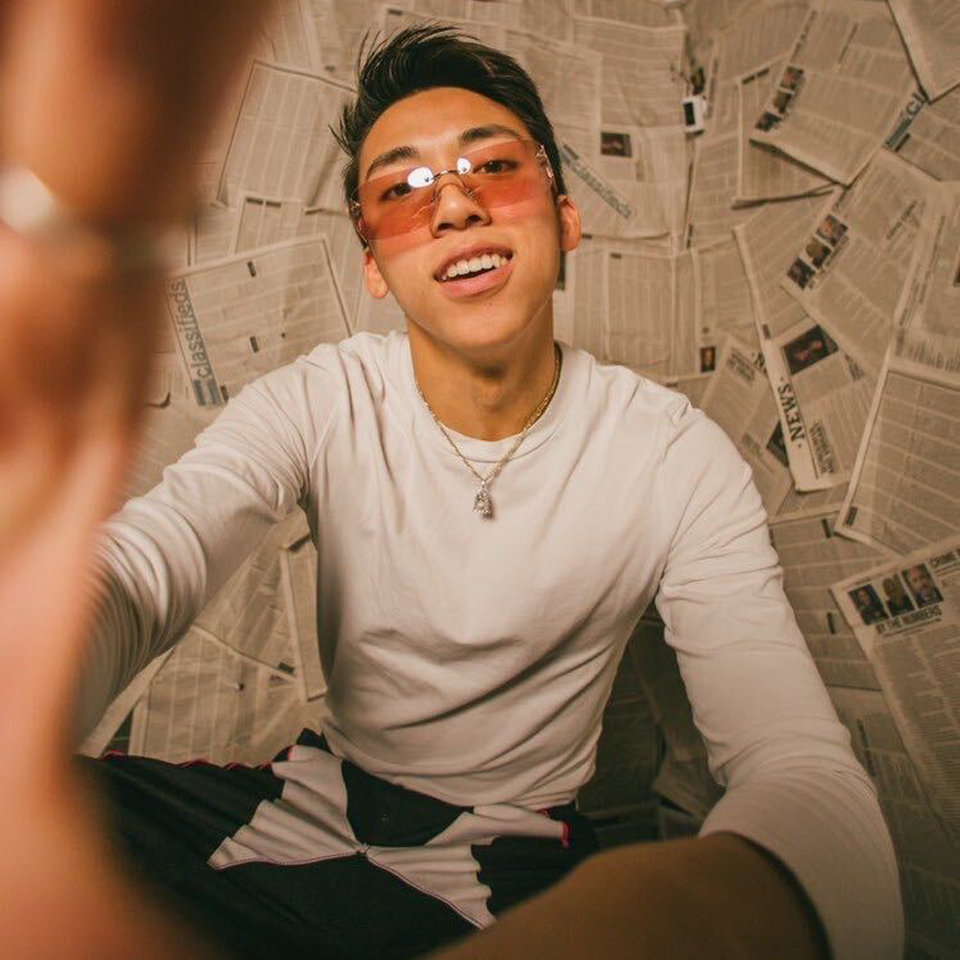 Mad Tsai never thought he’d have millions of followers on an app as buzzworthy and culturally present as TikTok. In fact, the singer-songwriter didn’t even think anyone would care about his music. An introvert in high school, he kept to himself, caged by his own insecurities. Things began to change for him, though, as he entered college at UCLA and the world fell into the shadow of COVID-19.

Online classes meant moving back home, which meant he finally had the time (and quiet) to record music consistently. He also began to poke around on TikTok, which was quickly gaining traction in the media landscape. While his early returns posting on the app were modest, Tsai’s star quality was confirmed by the virality of his song ‘Young Nights,’ which he posted to TikTok last year, gaining about 70,000 likes and hundreds of thousands of views overnight. His presence snowballed from there, with teenagers dropping comment after comment about the relatability of his music, his songwriting channeling the demons he faced as an insecure adolescent, and the demons he wrestles with now.

He would likely never say he’s become an extrovert, but after taping himself coming out to his mom as bisexual and posting it on TikTok (not to mention the two EPs he has in the works), Mad Tsai is quickly coming into his own as an artist and authentic human being. He now has countless songs on TikTok, each one more candid than the next: he sings about racism, being broke, falling in love with straight guys, depression, anxiety, even his SAT scores. It seems the only thing he won’t reveal is the story behind his stage name, much to our disappointment! Tsai caught up with Quadio to talk about that, as well as balancing college with his music career and the catharsis of songwriting through your pain.

The way you blew up on TikTok could make you seem like an overnight success. Is that true, or has music always been a part of your life?

I've never really felt fully connected with music in any capacity other than songwriting. Even singing my own songs, growing up, that was probably one of my biggest insecurities. I took piano lessons for seven years as a kid, but I never actually learned how to read the music, and I was always insecure about my voice in choir. I was a shy kid, but the one thing that I could 100% be in control of was songwriting. With songwriting, I owned what I wanted to say in my music, as well as how I wanted to say it and how I wanted to sing it, between the melodies, rhythms and song itself.

What about singing were you insecure about?

Where did the stage name ‘Mad Tsai’ come from?

Oh, God. So when I was 12 or 13, which is when I started writing songs, I was going through some deep, heavy shit. I don't know why I was so emo — I think I have Tumblr to blame. But I was going through it, and that's when I started writing songs — really dark stuff. The name M.A.D. was this acronym for something else. I will never say it out loud and no one will ever pry it out of me. My manager doesn't even know what M.A.D. stands for. All I can say is when I was writing all these songs, I was building around this character named M.A.D., and it was a whole concept album and I put so much work into it. Once I started doing music again after taking a break in high school, I decided to just stick with the name because I really liked it. I just added my last name to it.

When you were writing those songs when you were 13, did you ever plan on releasing them? Or were they just for you?

All I know is that I had to write those songs. They were literally yelling at me, begging to come out, and I honestly don't know where I would be if I hadn't written them. They taught me so much about songwriting. They allowed me to experiment and really flush out all of the contents of my brain. I think all those little demos, they're somewhere on SoundCloud or floating somewhere on the internet. Every once in a while, I'll have a fan DM me and be like, "Do you remember this song that you wrote when you were 13?" It is astonishing that some people still listen to them. They were recorded on an iPhone 5, on a really old, old out-of-tune piano that was way louder than my voice, and my voice was not fully developed yet. But those songs — I'm grateful that I wrote them.

How do you balance being a full-time student, having a social life, a music career, and two million TikTok followers? Does that all work together?

It really doesn't. I'm very much a stress ball at all times. Social life doesn't take too much out of my time — I'll be there when I need to be and I'll have fun when I need to, but for the most part, I like to stick to myself and within the confines of my bedroom, and write my songs. But balancing the school aspect with music and everything has been a challenge. I think if classes weren't online this past school year, it might've become unmanageable.

Do you feel like a campus celebrity at UCLA?

I don't feel like a celebrity in any capacity whatsoever. I've only been recognized once in my entire life, I think. I didn't make a TikTok account until January 2020, and a lot of my content at the start was just random trends and figuring it out. I hate saying it, but I was making some thirst traps, too. Nothing music related at all. I was just feeling myself. Every once in a while, a video would get 1,000 views and I'd be like, "Oh my God. This is fantastic."

Things changed when I moved back home for online class. I barely wrote any songs when I first got to UCLA, because there was nowhere to record. So when I moved back home I went crazy, writing a song every single night. I posted a song called 'Young Nights' on TikTok, which I wrote about high school regrets. I tried to be perfect in every capacity in high school, didn't have a social life — I was taking nine AP classes as a senior. So I posted the song, didn't think anything of it, and went to sleep. When I woke up, I'd gotten 68,000 likes, and I ran to my mom and yelled to her that I was TikTok famous. It's hilarious because that's nothing in comparison to the numbers that I've done now with the songs I've been posting. But that was the first song where I stood back and was like, "Oh, I can actually post my music and people will actually like this." The whole comment section was people gushing about how they related to my experience, asking that I keep posting and that I release the songs on Spotify. I was like, "People actually care about what I have to say. That’s a first for me."

Do you think that you would be as motivated and as invested in your music career if not for the internet?

I think it would’ve been much harder for me without the internet. I was generally losing a lot of motivation for music before anything of mine went viral. The funny thing is, I got rejected from a songwriting class. I got fully, flat-out rejected. When I applied to it I put in so much work. I produced a demo, I wrote a song, I wrote an accompanying essay and everything, and I felt so proud. When I got rejected, I felt so defeated because for so long at UCLA, I was looking for something that I could really latch onto. I was having such imposter syndrome and I felt like I didn't really belong there, and that was the one thing that could tie me down and prove to me that I belonged. It was such a big blow to my ego, which was already pretty dwindling. That was really a moment where I took a step back and was like, "Am I even a good songwriter? Am I even someone who could write songs or make a living at this if I can't even get accepted into a songwriting class?" I didn't write a song for three months after that. I felt so heartbroken. And then we all went back home for online learning, and I posted ‘Young Nights’ on TikTok and it went viral. Then I was back.

Do you still have doubts about success and your career, even with the viral fame?

Yeah. I doubt myself all the time — I still have a bit of a perfectionist mindset. There's always something to work on, fix or tweak. I don't think any validation will ever change that part of me. But I also think it's good that I'm my own toughest critic, because it helps me improve my art. It keeps me on a tight schedule. The minute I release something, I immediately get to work on the next project. So it's a blessing and a curse.

You came out to your mom as bisexual by playing her your song 'Boy Bi,' recording the video, and then posting it to TikTok. Tell us about that experience.

I told my mom it was for a school project and I put the camera there. And it was in the Chipotle parking lot. And I was beyond nervous. You can even see in the video — I was profusely sweating. The whole time, I was sitting there waiting for her to say something, even though she's someone who usually takes news in and processes before responding. In my head, I was like, "Oh God, you're going to make me sit through my two and a half minute song in complete silence." When I was editing it, I was looking specifically at her facial expressions and trying to decipher what those meant. It was terrifying, but luckily it ended with her acceptance and all was well.

Who do you make music for, other than yourself?

Oh, gosh. I would say the depressed gays. I feel like I write music for them. Generally speaking, though, I write songs for outsiders. That's the perspective that I've always taken when I was writing my music, based on my lived experience. And I think that's how a lot of the people that listen to my songs are feeling — isolated, alone, misunderstood, not belonging. I think that's why they connect with me.

I'm working on two EPs at the moment. The first EP is about heartbreak and relationships and figuring yourself out in terms of identity. The second EP is more about youth and high school and growing up, coming of age. In the future, I definitely see myself branching out into other topics. I want to write about becoming an adult, I want to write a concept album… I've always been someone that wants to create something larger than life, which I know I have to keep my hopes small now because I'm independent. But the minute I get signed, just know I'm dreaming of everything big.