When the healing power of songwriting results in six-figure streaming numbers. 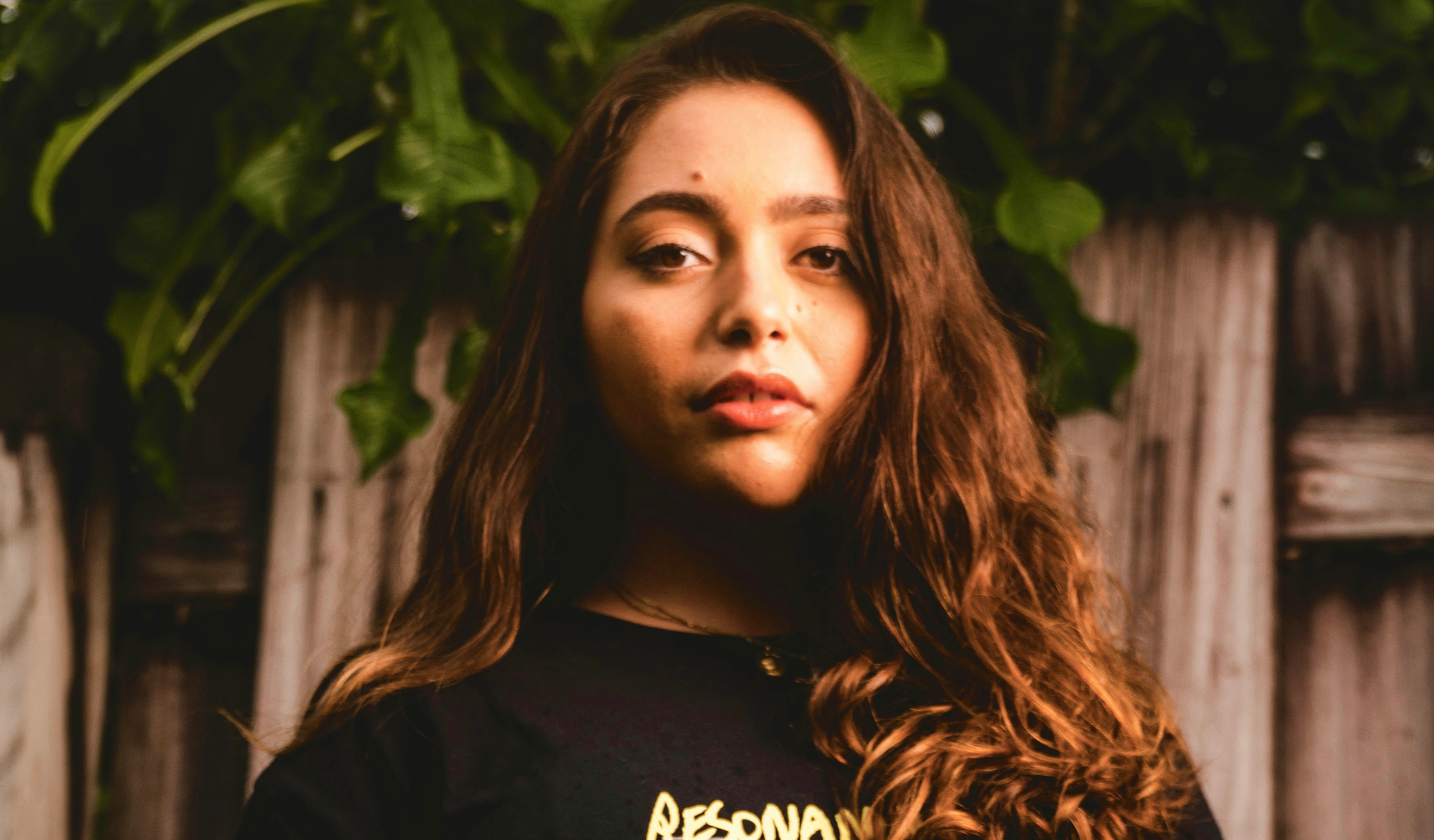 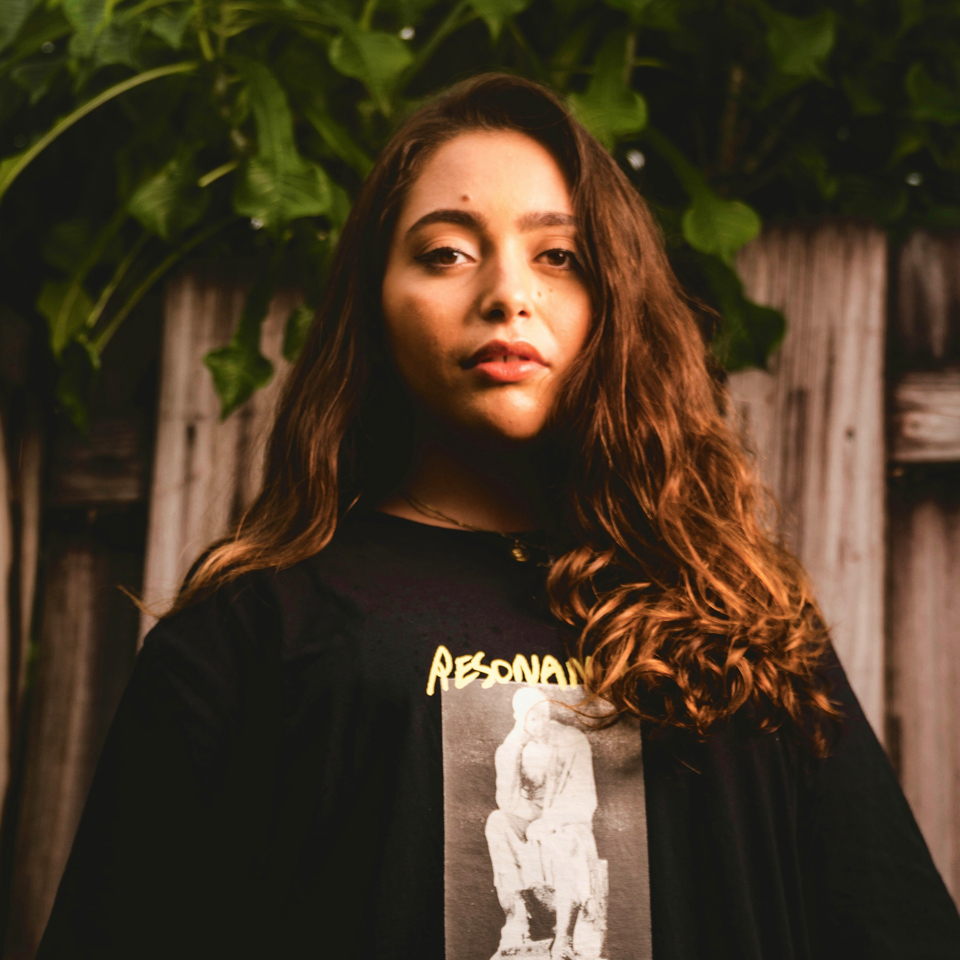 For Ana Mancebo, it started the way it does for countless young artists -- a family member gave her a guitar, and she learned how to play, starting with “Wonderwall.” But the Madrid native’s journey since that moment has been the opposite of ordinary. In fact, it’s one any budding international singer-songwriter could only dream of: a spot on Spain’s The Voice Kids at 14, a move to Miami to study Music Business, back-to-back placements on one of Spotify’s biggest Latin playlists, and a songwriting partnership that has vaulted her monthly listeners to nearly six digits.

But it was two family tragedies -- the first at the age of 13 -- that spurred her journey as an artist to begin with. Through loss, Ana, who is currently a grad student at UMiami, learned that songwriting was her artistic calling, but perhaps more importantly, that it was her way of healing. Quadio dives into that realization, as well as what Ana learned from reality TV, and the big career decision her parents made for her, in this week’s 10-in-10.‍

It was great! It's kind of crazy because until I left I didn't really realize how many people would be like, "Oh my God, you're from Spain? That's crazy." To me it's like, "What? You're from the US, that's crazy." Spain is very different from the US in terms of music -- if somebody's famous in Spain, they might not necessarily be famous everywhere else. Whereas if you're famous in the US, pretty much the entire world knows you. Learning that I was like, "Wow, the US is it for music and everything.”

I'm an only child, so growing up I was super close with my parents. They were both very creative, which really drove me in that direction. My grandmother gave me my first guitar as a Christmas present when I was nine, but my biggest musical influence has definitely been my mom. She wants me to live my dream, which also at one point was her dream -- she used to sing and play the guitar and was even offered a spot on a TV show when she was 18, but she was really shy and never fully pursued it. So she loves that it's actually what I want to do.‍

What kind of music was played in your house growing up?‍

Soul and jazz. Those were my mother's favorites, so they were really instilled in me. I feel like you can hear that influence in my voice as well. In terms of specific artists, it was a lot of Norah Jones, Anita Baker, George Benson, Amy Winehouse. Amy was my biggest idol. I always wanted to cover all her tracks, so I ended up doing a mashup where I fit in as many of her songs as I could. Obviously my voice is never going to be anything like hers, but just the way she sang, the emotion and the authenticity, I loved that. Actually, though, even with all those jazz and soul influences, the first song I learned on the guitar was "Wonderwall," and then later, my go-to song to perform became "I'm Yours" by Jason Mraz.  But I love that, I've always felt like the more music I can consume, the better artist I will be.‍

After you made the leap from covers to original music, what was the first song you ever wrote?‍

I was 13. It was tough. My aunt, who was also my Godmother, passed away very suddenly. It hit me really hard -- I was so little. I remember being so sad one night, and just deciding, "I'm going to try to write this." The song was called "They're Up in the Sky." My mom was shocked that I had written something. It was a pretty song, it wasn't anything super morbid. But it was really just how I was feeling. That was the first time I saw anyone react to my music. My family was like "Wow, I can't believe this just came out of Ana," that I had created something like that out of grief at just 13. That was really important for me, seeing how songwriting could be therapy.

The same thing happened when my dad passed away, in 2017. That was the biggest loss in my life. Honestly, that inspired me the most to keep going with music, because he was super creative as well. He worked in advertising and was pretty big in Spain and had won awards for his work. He just inspired me so much. A few months before he passed, he kept telling me, "We should start writing songs together," because he loved poetry. So that has always been in my heart. Every time I'm writing, I think about him and his desire for me to make music. Songwriting is such a beautiful thing. Words and music together are one of the most powerful things in the world. I wrote a song when he passed, and it was the first song I wrote with the mindset of, "Okay I really want to do music with my life."‍

It’s unbelievable that before even reaching adulthood, you were able to use songwriting to help process your grief. ‍

It was definitely crazy. Both losses were also learning experiences. It's been almost four years since my dad passed, which is insane, because wow, time flies. But, honestly, I see it a lot more as an opportunity to realize you have one life. You have to do what you love, you know? It's obviously hard to make it in music with all the obstacles. There are so many talented people. But I always come back to that. One life, you have to do what you love.‍

One of your first professional experiences was competing on The Voice Kids in Spain as a 14 year old.‍

I was a baby! So young. I had been taking singing lessons and playing the guitar. I had always had great grades so I went to my parents and said, "I'm always doing well in school, and this is the only thing I want. Please let me audition for this." They weren’t sure, but I pleaded, and they finally gave in. I learned a ton about the industry from the show. A lot of people act differently when the cameras turn off. That was a hard kind of truth to learn when you're 14. I'm not going to name names, but with some of the coaches, the filming would stop, and it was just nothing. They wouldn't talk to us. It was wild. After the battle round of the show, I was actually sent home. My parents told me later that before I was sent home, the producers had called them and said, "We want to take Ana to the next round, but we want to know if she is ready for this. Do you want her career to begin right now?" My parents were like, "No, there's no way."

When I found that out, I was pretty cut up at first, but looking back, I definitely was not ready at 14. The industry can be so nasty. There are so many crazy stories. People can really take advantage of you, especially as a woman. That's why I'm so thankful that my parents stepped in and said, "Nope, she's 14. She's not ready. She's going back to school."‍

But they did let you come to school in America.‍

Yes, in Jacksonville, Florida. Originally, I was only supposed to go for six months, but after those first six months, I had adjusted to life in the US and I loved my host family. It must have been so crazy for my parents to hear, "Wait, I want to stay another six months...wait, now I want to stay for senior year," and then after that, "Now I want to do college here!" I think we all realized how many more opportunities there were for me in the US. It's so great how you can choose your own major in college here and be flexible with it if you want to. In Spain, it's a lot more rigid. And most universities don't even offer music as a major. So staying in the US -- that was one of the best decisions I've ever made.‍

Your growth in popularity this past year has been swift. How did you get things rolling so quickly?‍

It all started with my producer and friend Adrian. We originally met during my sophomore year at Stetson through his ex-girlfriend, which is kind of awkward, but I'm so glad that we did. He first produced my track "Ojos Verdes," which we really just made for fun, it wasn't anything serious, but I think we could both tell the vibe was there from the start. We also noticed that people who weren't just our friends were really vibing with the track. So we were like, "Maybe we have something here," and decided to form a partnership. We dropped "Foreign" at the beginning of this year, and that was the first track to really get a big reaction. By July, it had hit 100,000 streams on Spotify, and I had dropped two more singles that were also doing well. I was getting on playlists that weren’t Spotify official playlists, but they were still big, and that was really helping spread my songs. Then we released "Deseo," and that made Spotify’s New Music Friday Latin playlist, which was crazy! That was the moment we knew that we definitely had something and there was no denying it. That was the biggest conformation I've had so far that music is what I'm supposed to be doing with my life. It's all so wild to me. I'm just hoping people vibe with my next release.‍

Spoiler alert: Ana’s new track “Cupido” came out right after we spoke with her, and it made New Music Friday Latin -- again.‍

How do you want people to feel when they listen to your music?‍

I just want people to forget about everyday stress, because I know all of us are going through a lot, especially lately. If you're sad and you want to hear one of my sad songs, or one of my love songs, or whatever, then that's cool too. Because whatever emotion you're craving, that's what I hope that my songs can help with -- giving you what you need at that moment. ‍

What is your dream performance venue?‍

Estadio Bernabéu, which is the Real Madrid stadium. That would be insane, because that's my city. I just got chills thinking about it, literally. Going to shows before COVID, I would always get so emotional thinking, "God, this could be me."‍

What are your long-term goals as an artist?‍

I don't know if I necessarily have a specific goal. I feel like as humans, we always want more, no matter what we accomplish. So what I really want is for my journey as an artist to be real. I don't want any shortcuts. I like where I'm at right now.