10-in-10 with University of Hartford's Maxlorie

She’s been quiet for a long time. Not anymore. 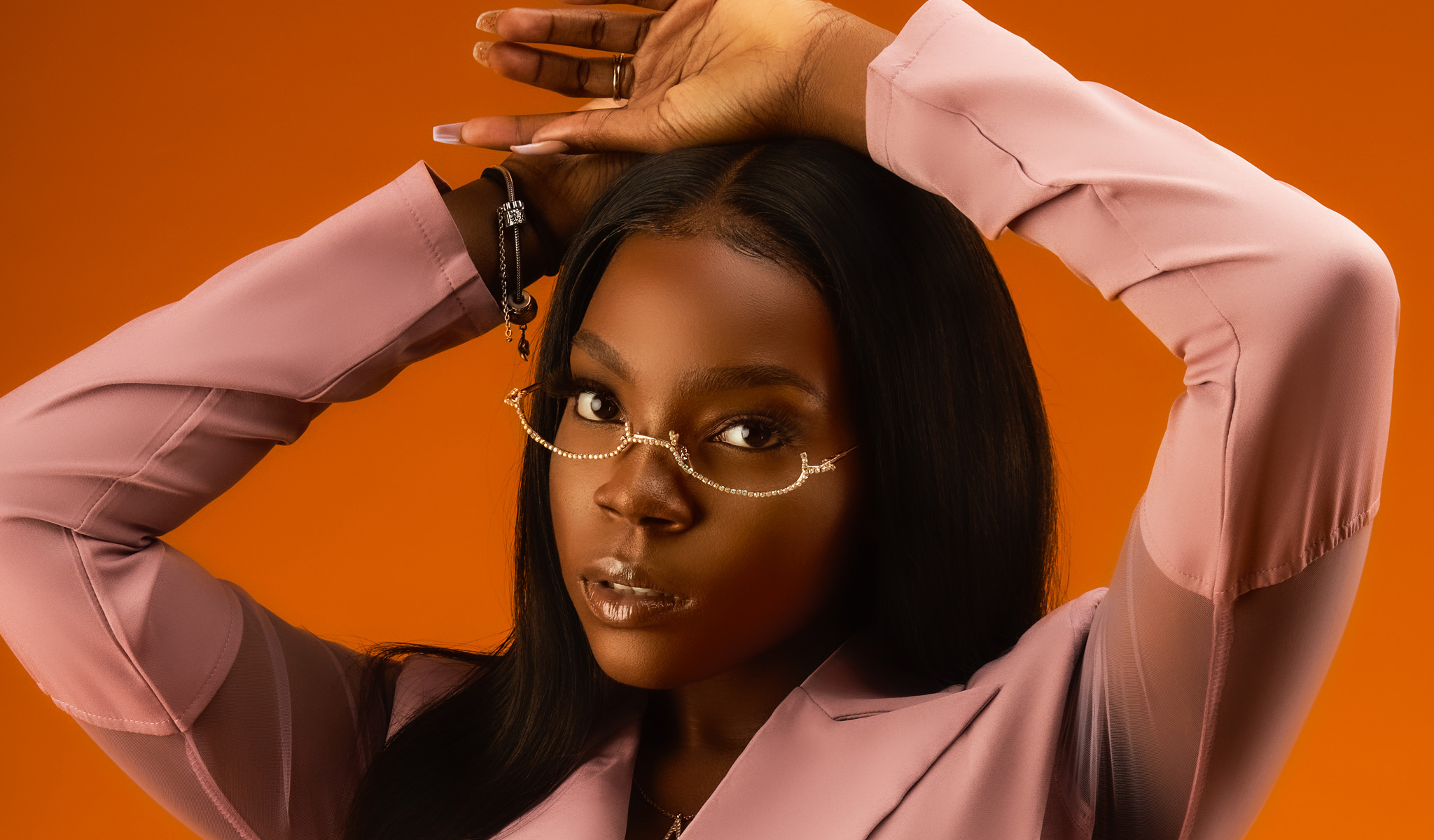 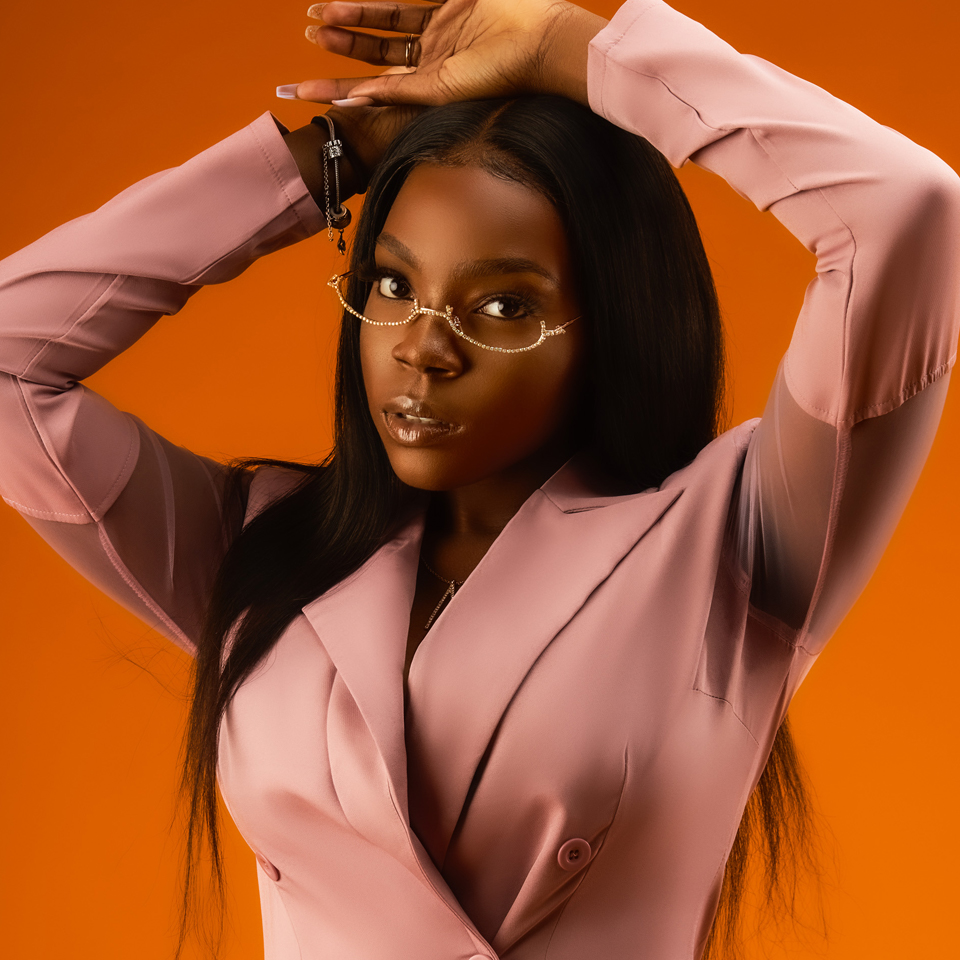 In an era when the loudest voice often gets the most attention, it’s hard to find an artist that isn’t leaning into the noise. Whether it’s wearing a meat dress or tweeting every thought, the name of the game for many is to metaphorically (or otherwise) scream “Look at me” until someone does.

That’s just one of many reasons R&B/soul singer-songwriter Maxlorie stands out. The Brooklyn-born, University of Hartford junior describes herself as “shy,” “quiet,” and “bashful,” and if not for a school concert, her own family might never have known she could sing. Indeed, her powerful pop soul track “Say Less” might as well be her motto.

But don’t chalk Malorie’s reticence to a quirk of personality; it’s purely intentional. “My being quiet is about being observant,” she explains. It’s about learning. Her observation of different genres and artists is how she taught herself how to write songs, how to position them for an audience, and how to use other sounds to influence her own. Even with an EP under her belt, she went to college to help realize her dream of starting her own label, taking classes in business and finance. She wants to miss nothing and leave little to chance.

She’s also an artist who wants to let her music speak for itself. And when it does, it says, “It’s my turn now.”

Maxlorie talked to Quadio by video chat from the University of Hartford campus, sharing her thoughts on shocking her family in 7th grade, the power of record labels, Cardi B’s “WAP,” and more. ‍

Your brother is your manager. Are your parents the reason both of you are into music?‍

Yeah, my dad was a producer, and he also managed his brother, who was in a band when they lived in Haiti. My dad was always playing Haitian music when we were growing up. My mom was more into R&B -- Michael Jackson, Dionne Warwick, Aretha Franklin. And my brother was a rap head. He really loved Kanye West, so I got into rap music. I was around a whole lot of different sounds growing up.‍

So your family encouraged your singing career?‍

Well, they actually didn’t really know I could sing until I was in middle school.‍

Yeah, in my middle school choir, I had my first solo. I’ll never forget it, it was the second verse of “Best Thing I Never Had” by Beyonce. My mom came -- you know when your parents come to see you -- not that they’re expecting the worst, but they’re just there to support. [Laughs] So it took her completely by surprise. She had videotaped it, and she showed it to my brother, and he was amazed. He was like, “Why didn't you tell anybody you could sing?” I was just like, “I don’t know.”‍

Was it because you’re shy?‍

Well, I’m a very quiet person when you first meet me. Once I get used to new people, and to new surroundings, then of course I come out of my shell. But that’s my vibe at first. I prefer to observe. When it comes to my music, though, that’s the other side of me. Through my music, I get to speak.‍

After that Beyonce solo, what happened?‍

I decided to pursue singing. I got into Repertory Company, a theater art school in Manhattan, and my focus was vocals. But as far as my own music, I just didn’t know where to start. People kept telling me, “Write your own songs,” but I was like, “How?” Then my sophomore year, I was listening to “Last Ones” by J. Cole, and the way that the song is structured and written, the storytelling is so beautiful. I just thought what he did was genius. So I wrote my own spin off of that song. And from then on, I started writing my own songs.

After I had been songwriting, I needed beats. Writing without a beat is obviously very different than writing with a beat. So I went on YouTube and learned how. ‍

You were pretty deliberate for a high school student, wouldn’t you agree? ‍

Yeah, “Numb,” which was my first single, is sort of an example of that. I wrote it in a way for the audience as if it was about a relationship, but it wasn’t. It was personal, like there was a certain time where I couldn’t feel anything, so many things were happening all at once that I just felt numb. But the way it’s written, obviously you would think it’s about like a relationship. That's because I felt like it would be easier to market it that way.‍

Why did you decide to go to college and study music management, instead of just pursuing your career as an artist?‍

Because my long term goal is to have my own record label and entertainment label. And to do that, I knew there were things I needed to learn. I mean, I do want to be a singer. That’s number one. The record label is more about my legacy. Record labels have so much power. I want to have that ability to change the culture in the music industry, and I feel like the best way to do that is with a label. And I want my label to be very diverse. ‍

Your sound is diverse, isn’t it? “1 AM” is completely different from “Red Dress.” ‍

I never want the audience to feel bored. During the time I was writing my EP, heading into college, I was listening to all different kinds of music. In high school, certain artists you couldn’t get me to listen to. I was very stubborn. But in college I started listening to everything, and that gave me ideas, enhanced my flow, enhanced my songwriting. The way I listened to beats became different.

Being real. Authentic and real. I want to be myself, I don’t want to be put in a box.‍

That makes us think of your new single “Flipped It,” which feels like it has themes of fighting back against expectations. Is that right? ‍

I was listening to “Company” by Drake. There’s a line where he says, “She’s working with the spatula, I know she loves flipping shit.” I wrote the song based off of that, but I flipped the narrative, so I’m talking about men. It’s about how entitled men can be, how they feel like they can tell women what to do. We see that a lot in the music industry, like Cardi B and Meghan The Stallion with “WAP.” They got a lot of backlash, but they got a lot of backlash from men. But rappers have been rapping about what they want to rap about for years, like money, drugs, sex, women...so why is it that when a woman does it, it’s a problem? The song is flipping the script. I have a lot more attitude in it than I usually do. And I hope when it comes on, every woman stands up.