10-in-10 with University of Hawaii's Ragamuffs 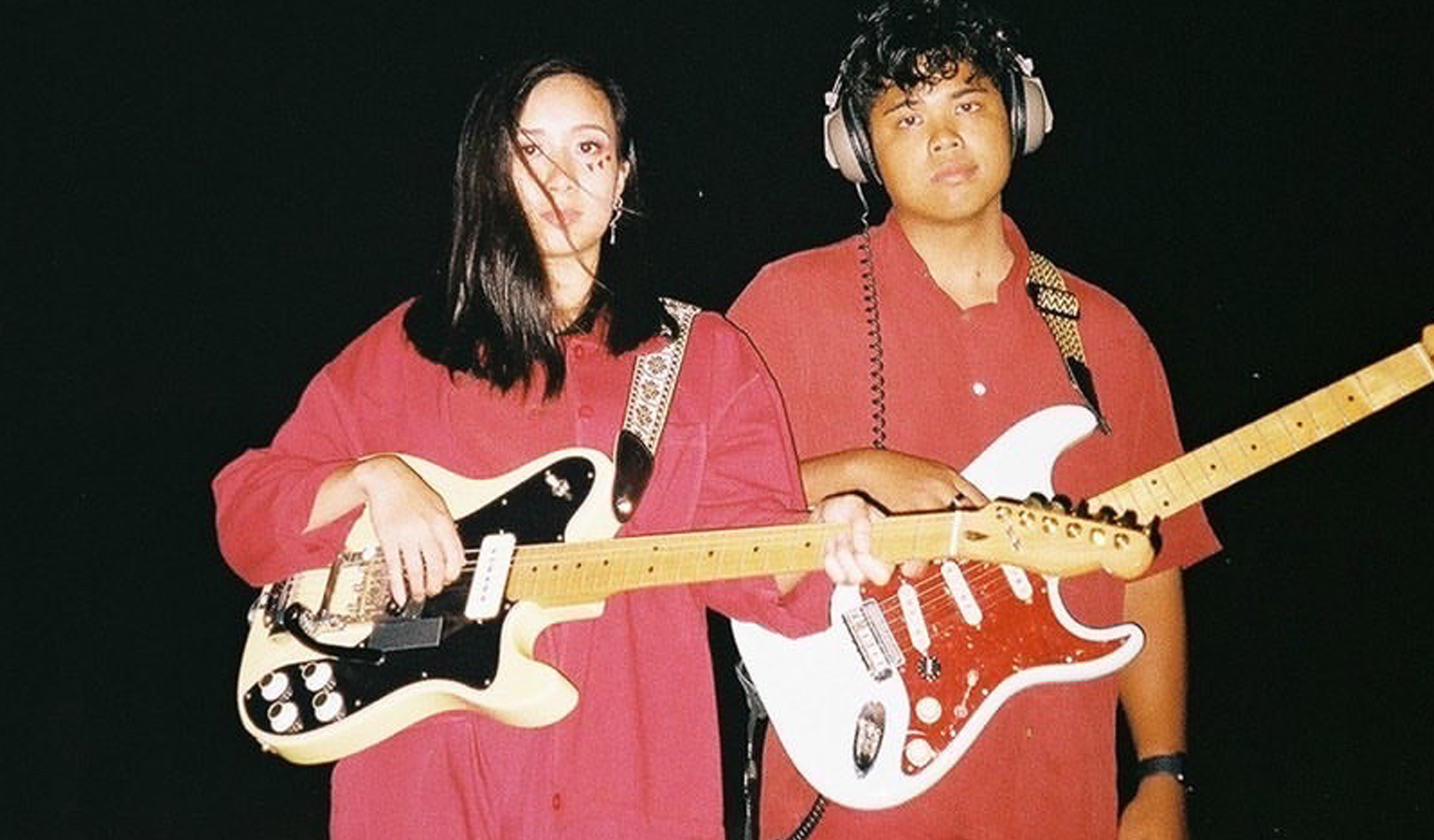 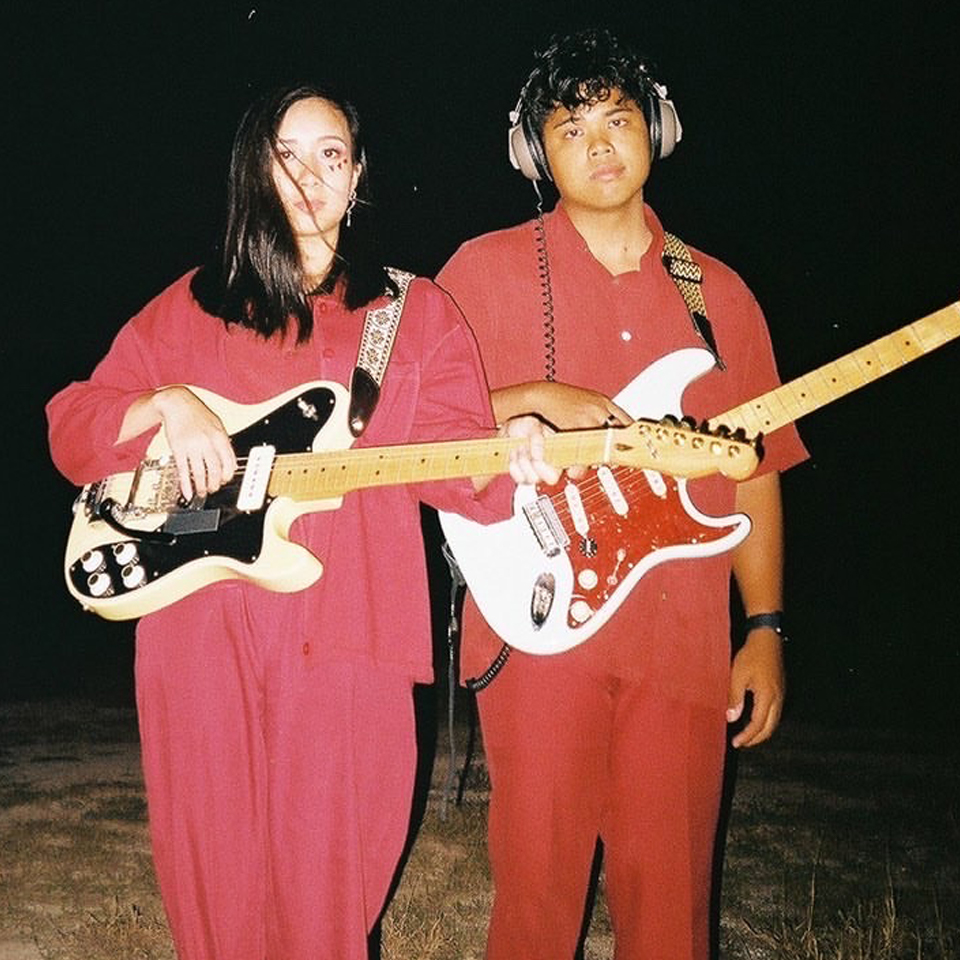 Ask that question of Hailey Fines and Joseph Carag of Ragamuffs, though, and they would probably just shrug. And smile. Their personal relationship and professional journey as a band are so intertwined as to be one and the same. But it also turns out that it’s their small differences that allow them to work as a perfect yin and yang to one another when making music. Hailey says she can be nitpicky about songwriting, but because Joseph is her boyfriend, it’s easy to be straight up with him without feeling guilty. And of their live performances? Joseph is more comfortable on stage, but because of their relationship, “we can just read each other.” As Hailey confirms, “If you ever watch one of our performances, you’ll see me look at him a lot for comfort.”

The Ragamuffs dynamic has made for some beautiful -- and unique -- music. Influenced by artists from Arctic Monkeys and Ingrid Michaelson to Hawaii’s local underground art scene, their self-described “indie rock popsicle” sound earned them a spot performing at SXSW, as well as opening spots for the likes of Mac DeMarco and The Unlikely Candidates. The duo, who graduated last year (Hailey from University of Hawaii and Joseph from Hawaii Pacific University), just released a music video for their song “Confiscate My Youth,” and are currently working on new music. We caught up with them via video chat from their homes in O‘ahu.‍

Okay: chicken or egg? Which happened first, the band or the relationship?

Hailey: The relationship, technically, because we didn’t officially become a band until 2017. But we’ve been making music together forever. We grew up together. How old were we when we first met?‍

Joseph: Ten years old, maybe, when our parents introduced us, because we’re part of a church ministry. The kids hang out with the kids, and the adults do their thing, right? So we had no choice but to hang out with each other.‍

Hailey: That’s where we first started jamming with each other.

‍You both played instruments as kids?

Hailey: Yeah. When I was five, I took lessons at this famous ukulele school here, Roy Sakuma. Later on I transitioned to electric guitar. ‍

Joseph: I took ukulele lessons, too, but my parents pulled me out of them because I was kind of naughty. [Laughs] But I started learning guitar by watching YouTube tutorials.

Hailey: Yeah, I was really into YouTubing, and started making a bunch of clips. So we would play together in church, but we were having our own musical journeys separately, too.‍

Joseph: I made videos on Tumblr with my friend. We would make rap videos, and a little bit of ukulele, singing, and whatever.‍

Hailey: I feel like one of the big reasons why I had a crush on you is because of music.‍

So you got together?

Joseph: Yeah, junior year of high school, I asked her to be my girlfriend.‍

And then the band happened.

Hailey: Well, during high school we performed together a lot within our community, like at family parties and things, but we weren’t really a band yet. People at church, they knew that we played guitar and sang. They’d be like, “Oh, play a song for us, play a song!” So at first we were just doing acoustic covers at parties. ‍

Joseph: Hailey was always doing open mics, starting in high school and all the way through college. Sophomore year of college, she asked me to do one with her. We were like, “What should we name ourselves?” We came up with “Sir Ragamuffin and the Lady.”‍

Hailey: We wanted it to be like Edward Sharpe and the Magnetic Zeros. [Laughs]‍

The show must have gone well, because somehow you became Ragamuffs, right?

Hailey: Yes. We started doing a lot of free shows, just because it was really fun. It felt like people were really responding to us. In between studying and on the weekends, our thing was to hunt down as many open mics as we could. I would stalk a lot of other local musicians that we looked up to, and look at their location tags, and then track down those venues. We just dove into the music scene and met a lot of new people, who, from there, helped us get gigs in the future. ‍

Joseph: The gigs were what forced us to write our own music. I had started playing with GarageBand, because at that time, we didn’t have a drummer, we didn’t have a bass player -- it was just me and Hailey. We were playing with various 808s. And we were like, “Oh, we should write to this.” That’s how “Confiscate My Youth” came about. Hailey and I wrote the chorus and Hailey wrote the verses. You can tell who wrote which parts, because Hailey is very good with her words. I honestly don’t have a dictionary in my brain. So we were like, “We should play this live.” Then we got a drummer and a bass player.‍

How do you divvy up responsibilities?

Hailey: Yeah, I do the refining. He gives me the idea, and I’ll go in and refine the melody and figure out how we want to describe what he was trying to say. A few songs that I wrote -- he spearheaded. Well, “Mexican Mango,” he wrote. It describes a relationship a little bit. I think he wrote it when I was pissing him off. ‍

It’s kind of interesting that none of your songs are about relationship drama. “Mexican Mango” might be the one exception.

Joseph: Yeah, we like to write about experiences that we hear about or we go through with our friends and family. “Sunset Chaser” is about mental health. “Lainey Lainey” is about a girl living the sort of...Tinder lifestyle. Obviously, we haven’t experienced that. We’ve been together for seven years. Maybe our relationship isn’t that --‍

Hailey: Interesting? [Laughs] I don’t know, I feel like by the time I would want to write about our relationship, if there was drama, I’d already be over it.‍

Joseph: That’s like the lifestyle in Hawaii, too, is that we tend to...I don’t want to say forget about it, but we don’t let it ruin what’s there. We think about what’s really important and we try to forgive easily.‍

Let’s talk about that. You mentioned your community being supportive, and local musicians helping you out. Is this stereotype of everyone being nice in Hawaii for real?

Hailey: Yeah, it’s like everyone is family. We call strangers here “auntie” and “uncle.” That’s a common thing to do. ‍

Joseph: We’re an easy-going type of people. When we traveled to California, we experienced the real grit of being in the music industry, in a sense. It was very much “You’re on your own.” But back home, everyone is super helpful. Just naturally, that’s who they are.‍

And yet as you get more successful, you’ll probably have to leave Hawaii, right? You were going to do SXSW before it was postponed, but you toured California.

Joseph: Yeah, we were applying for SXSW, and they prefer that you have a completed album, that you’ve done a tour -- I mean, we didn’t do those things for SXSW -- it was more like, “If we could get it all done, these are milestones for us, and if SXSW sees us, even better.” And by grace of faith, we ended up finishing everything that we could.‍

Hailey: We planned the tour in a month. And our Kickstarter was huge, too. Then SX emailed us, and we were just like, “Holy crap.” It was a bigger dream than we ever imagined. Of course, the pandemic postponed everything, and we don’t know what will happen next year. Applications aren’t out yet. There’s no guarantee it’ll be the same lineup. ‍

Joseph: Truthfully, one of our most exciting moments as a band happened because we’re from Hawaii. A lot of bands don’t travel here with an opener. That involves a lot of expenses. So Mac DeMarco was coming here and needed an opener, and we applied, and we got it. It was incredible.‍

That only could be considered the dream for a lot of artists. What could possibly be next?

Hailey: Well, because of the pandemic,we’ve been able to start writing again. We plan to record in the future, and we’re still looking for festivals, it’s just...who knows when that’s going to start back up? But that’s always been a big goal of ours, personally. We’re aiming for festivals around the world. We want to travel a bit, when everything’s open, and take our music with us. But at the end of the day, I feel like we still want to end up in Hawaii.‍