10 in 10 with University of Vermont's Princess Nostalgia

She’s not going to take any shit from you. So why is it so easy to love Princess Nostalgia? 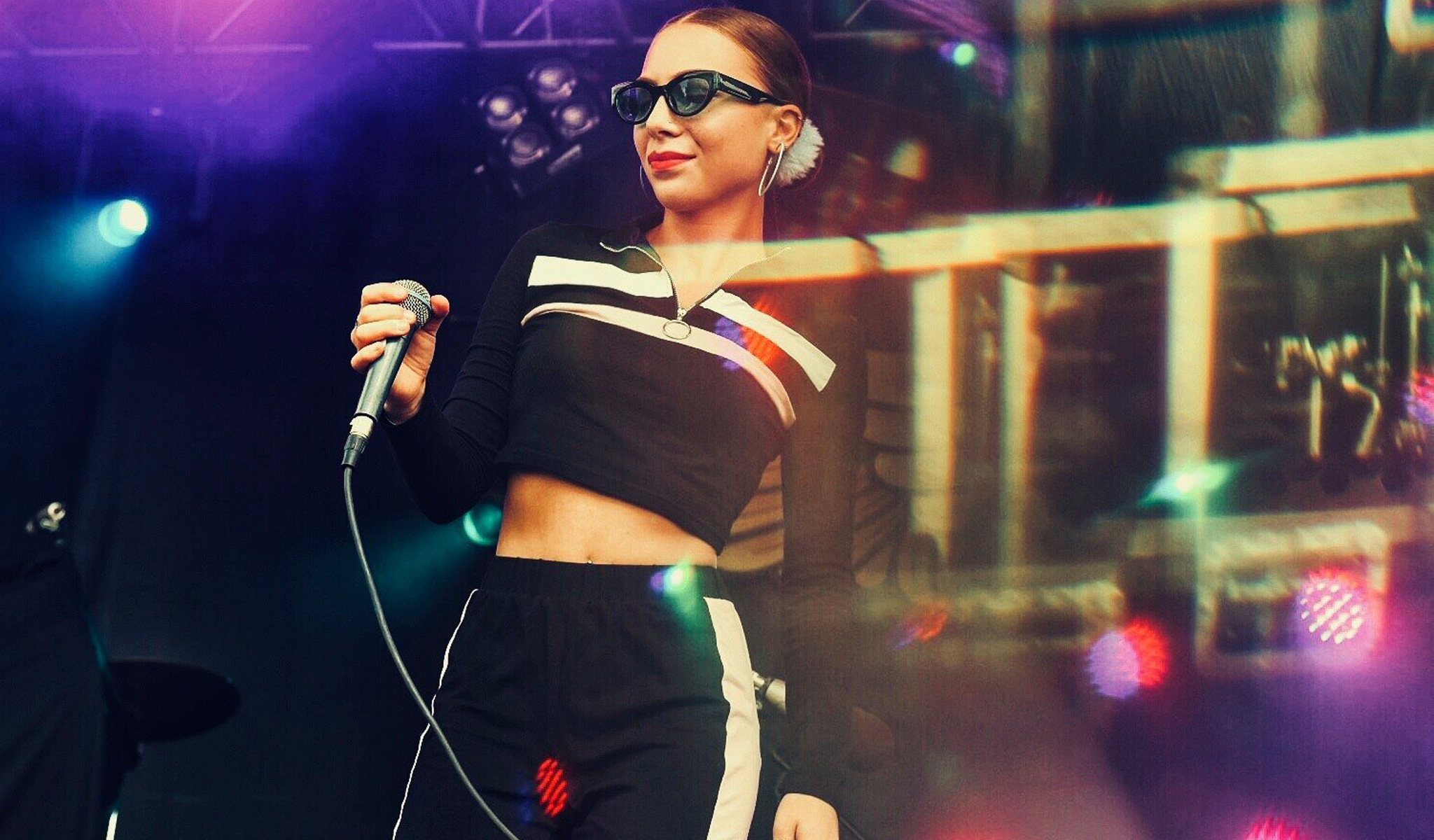 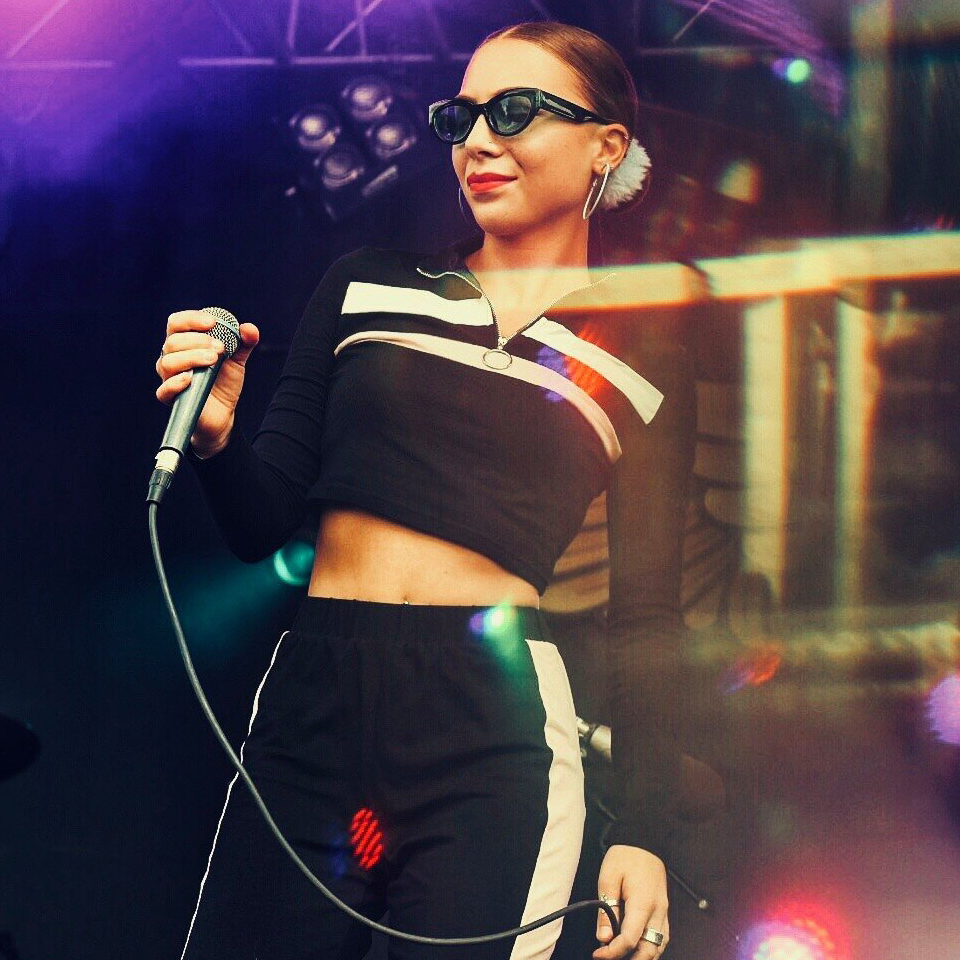 Thanks for talking to us. You’re kind of fierce, so we approached with caution.

Well, when I was new to the scene, a lot of bullshit came into my orbit, which is why, for the past few years, I’ve definitely leaned heavily into “resting bitch face” to protect myself. But I’ve outgrown it now -- I’m tired of being angry. I want to maintain an open heart. But I’m also able to let go of it now because I’ve conveyed to people that I am not to be fucked with.‍

What made you feel like you had to speak out?‍

I sensed that people weren’t taking me seriously as a producer or songwriter. Men in the music industry were treating me like a dumb little girl with a laptop whose main “skill” was to prance around on a stage. I quickly learned that if I didn’t hammer it into their heads that I wrote and arranged all my own backing tracks, they would underestimate me.‍

And you sensed resistance to that message?

I’ve always had supporters who see me for what I am and appreciate what I do. But there are also people who can’t compliment my work without turning it into a request to “collaborate,” meaning they make the beat and I relinquish my role as a writer/producer and just add some flowery female vocals. So, a lot of my ambition does come from the need to channel the “fuck you” that I feel in those situations. At the same time, over the years, I’ve learned that it’s much healthier to focus on the gratitude I have for the people who believe in me.‍

You mix so many genres – funk, electronic, pop, R&B. And you also design all of your own album art. How did it all start?

I was raised by artists. My great grandmother did the illustrations for the Macy’s catalogue before photography was invented in order to pay her way through college. My grandmother was an art teacher for 30 years and still paints every day. My mother is the head of the visual arts department at an arts school in Pittsburgh. My dad was a musician who toured for years playing sax in a big band and was also heavily involved in the punk scene in Melbourne. I grew up listening to his favorite music, from Kraftwerk to D’Angelo to Chic. He taught me that there’s good and bad music within every genre.‍

You were born in Italy, right?‍

After World War II, my paternal grandparents immigrated from a peasant town in Southern Italy to Australia. This was before Italians had successfully claimed their “whiteness,” so my dad grew up in an isolated Italian ghetto. When he was in his late twenties, he moved back to Italy—searching for his roots or something. My mother, originally from Pittsburgh, got a job as the editor of Flash Art Magazine in Milan. They met through mutual friends, moved to Rome, and I was born shortly thereafter. They were 14 years apart in age and married less than a year after having met, so it should come as no surprise that this all ended in a horrible divorce and I ended up moving back to Pittsburgh with my mother and brother when I was 8 years old.‍

‍In the fourth grade I picked up the double bass and continued to play in a classical orchestra for ten years. For five of those years, I also played electric bass in a jazz band. I started messing around on GarageBand making original soundtracks to supplement my silly short films at around 10. Eventually, I transitioned to Logic.‍

I never wanted to give up any part of the process, and I think that’s why my work, from my songwriting to my videos to my album art, is so cohesive. It’s all coming from the same heart and mind. That’s why I worship Missy Elliot. She maintains this perfect balance between the absurd, disturbing, and comedic. Her voice as an artist is so distinct precisely because she has full creative control. I think you can get away with pretentiousness it if its channeled with Missy's energy. She reminds me not to take myself too seriously while still maintaining very high standards for myself. My goal is to keep it silly and absurd, forever and always.‍

Silly doesn’t exactly seem like a word to describe you. You’re a philosophy major –‍

Philosophy certainly informs my work. I’m not a fan of lyrics that are too literal. For example, the song of mine with which I most identify is “Gestalt Switch,” which is a term coined by Thomas Kuhn to describe the subjective experience of a paradigm shift. When a dimension of reality that was previously obscure becomes evident to an observer—such as the sudden recognition of an optical illusion—he or she has experienced a Gestalt Switch. To move through life without an awareness of the arbitrary paradigms in which we exist is dangerous. Gestalt Switches offer us a jolting reminder not to take our default paradigms for granted. ‍

Who are you making your music for?‍

In my opinion, the ideas worth sharing are those that transcend individual experience; that ring true regardless of scale. The ideas and symbols that I’m working with are ones that permeate existence on more than one dimension. This is the reason why I identify so much with “Gestalt Switch.” The song is about accepting the limits of human knowledge and experience. It deals with the almost frightening sense of awe we naturally feel in the presence of that which is bigger than ourselves. I may not be able to transcend human experience—for better or worse, I’m stuck here—but I do think that regardless of the level of reality in which my experience unfolds, there will always be a lingering awareness of something outside the boundaries I’m comfortable in. This spiritual urge to transcend boundaries unites everything in the universe, and I’m grateful to be a part of that and to share it with others.‍

That’s why philosophy annoys me sometimes, actually. Any wise person knows that truth exists in grey areas, yet the academic paradigm leaves no room for the unknowable. The philosophy of science, for example, is constituted by attempts to draw “universal truths” from scientific “facts.” This is the epitome of hubris, but the point is that I’m interested in the big picture—in identifying patterns I see in the world without devaluing the critical role of ambiguity and the humility it inspires.‍

Where does your name come from – Princess Nostalgia?

‍Princess Nostalgia was originally just the name of one of my songs. When it was finished, it hit me that the words revealed a lot about me as a person. It was meant to be lighthearted and a little bit silly, like my entire style, but it also has a depth to it. I don’t like when people call me Princess Nostalgia to my face, though. I’m just Lili.