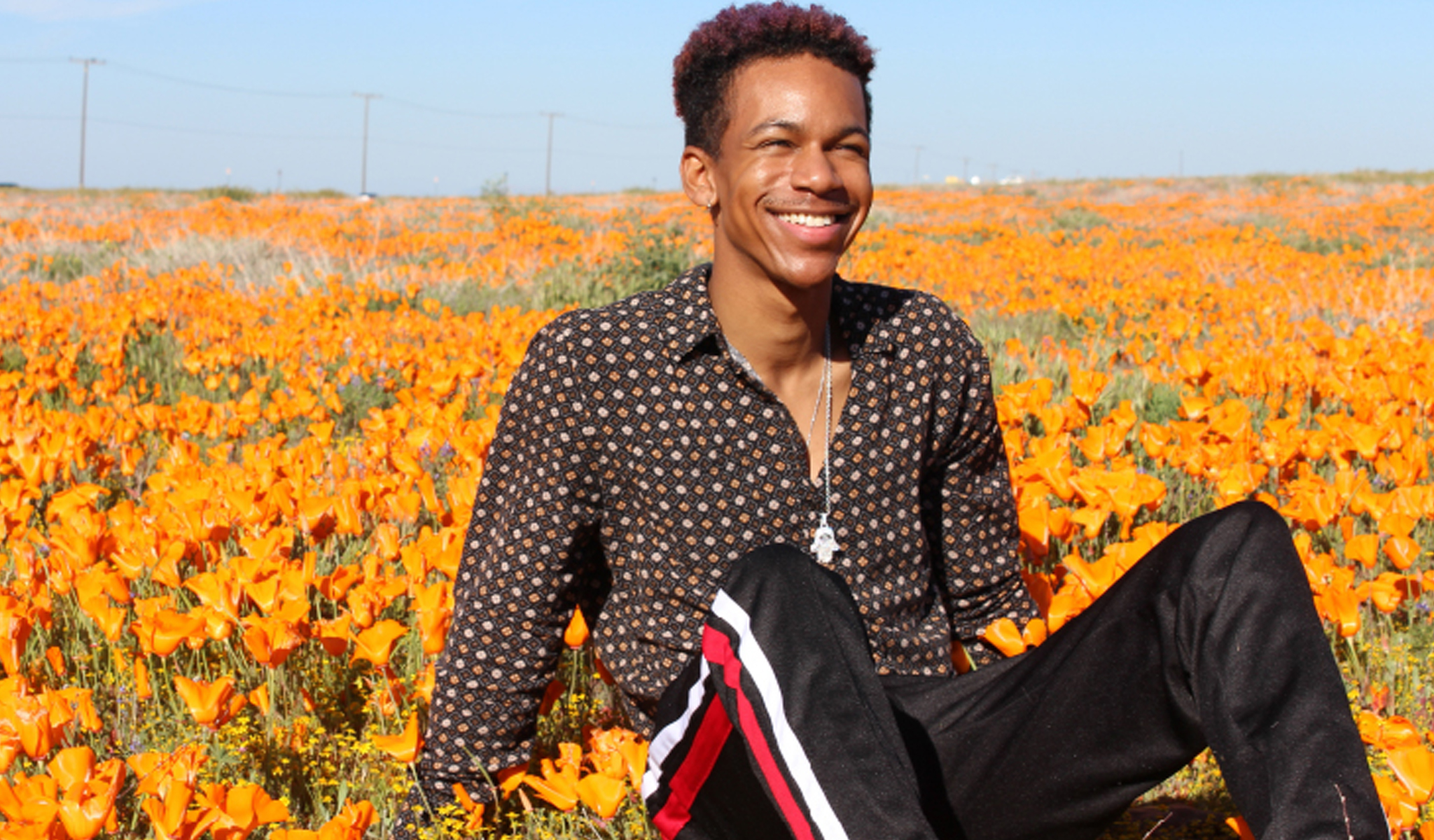 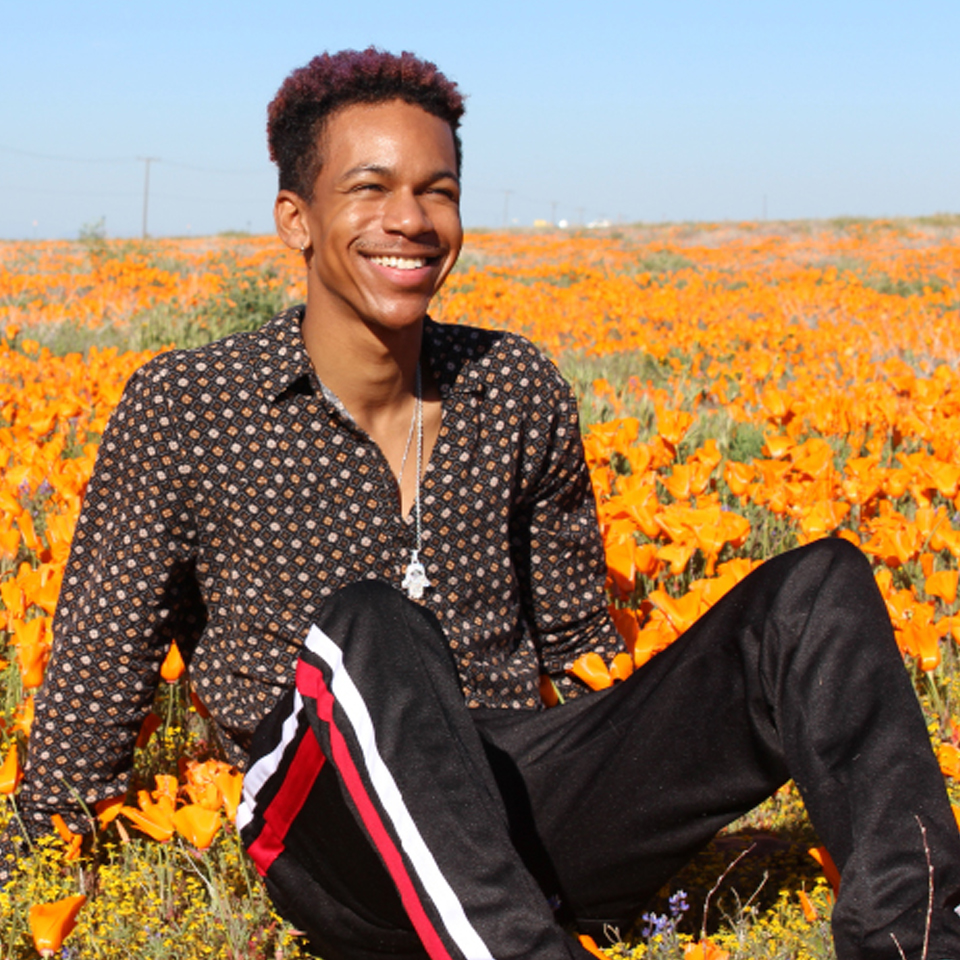 Asanté Ervin was ten when he saw The Lion King on Broadway and, in the moments after the applause had stopped, turned to his mother and said, “I can do that.” Out of the mouths of babes. A few months later, he was cast as Young Simba in the Las Vegas production of the show. And from there, it’s been a story that might make a person start humming, “I Just Can’t Wait to be King.”

Except Asanté Ervin is more complex -- and humble -- than that. His story is not just about his own talent and career, but about building a brand that supports and enlarges those he works with.

In a recent video call with Quadio from LA, where he is on leave from USC, Asanté spoke about what it was like to be a child star, and what motivates him to make his adult fame, if it comes, something of a different breed. ‍

You grew up in suburban Connecticut. How’d you end up in Vegas? ‍

My grandmother really encouraged me to sing in church, so I’d always been singing, I mean, starting when I was three. There was a feeling that maybe I had something, in my family at least. I had a manager by the time I was eight or nine, but she felt like I wasn't ready to audition for Broadway shows. Which is why my mom and I decided to submit me for The Lion King ourselves. We heard about the production opening in Vegas, at Mandalay Bay. I got the first audition, and then, it was like six or seven more auditions. I kept getting closer and closer, and I remember, I was like, “I could really get this.” And I did.

‍What was it like to be 10 and starring in a show that was a worldwide sensation?‍

It was gorgeous. But the truth is, at the time, I didn't even realize how major it was. I was just like, “I love doing this.” I remember telling my mom, “I would do this even if they didn't pay me.” Very funny, right? But I would have. Every night, the reaction and the energy you got from the audience would be different. It was an incredible, incredible feeling. ‍

How long did it last? ‍

I was there for two years. After that, I was in Debbie Allen’s musical, “Twist,” which ran in Atlanta, and then, my family decided we would move to L.A., so I could pursue this as a career. ‍

As an actor or singer?‍

Honestly, I wasn't sure. In Connecticut, I was all about sports. But acting just kind of presented itself, and ended up being something that I liked. In high school, I was in an a cappella group, which led to acting in musicals. I kind of kept honing both singing and acting without really realizing it.

Why did you decide to go to college instead of going straight to work?

Because I knew that at USC, I could still be in the business, but also get my education. My mom is huge on that. And studying theater, I have to tell you, it helped me with auditions, and with confidence. ‍

When did you decide to start making your own music?‍

It wasn’t actually a decision-decision, like I sat down and made it, you know what I mean? I have a friend who’s been making music for a while, and he was always sending me snippets of songs. A couple of years ago, he introduced me to his producer and his engineer. Obviously, I’ve been singing my whole life, so I tried working with them and I ended up falling in love with music -- more passionately even than acting. I never really looked back after that.‍

Yes, a leave of absence just to center myself and figure out exactly what I want to do and where I want to go. ‍

The dream, I think, is to perform around the world. I love traveling and I’ve traveled my whole life. And I love to be on stage, that’s where I thrive. So to be able to share my music with so many different walks of life, and then also grow by experiencing others’ culture and putting that into my music and what I do. I want to follow in the footsteps of people like Jay-Z and Beyonce, because their music is way more than just music. It’s a business and a brand.‍

It’s about believing in yourself. I feel like my whole life, my biggest thing has just been finding myself and having to push away doubters. So that’s what I want to reinforce in everybody else.

That’s why I wrote “Superpowers” actually, to encourage people -- to say, you don’t know what you’re capable of. It’s huge, it’s bigger than you know. Don’t sit there and doubt yourself. You need to believe in yourself before anyone else can, basically. And in order to give your energy fully the way that you’re intended to, or the way that you were put here to do, you have to believe in yourself. ‍

What if somebody hears that and says, “I don’t think I have super power”?‍

I would say maybe they just haven’t found theirs yet. I know every single person on this earth has gifts. I worked a regular job at Starbucks for a while, and every person that I met gave me a different perspective on life. Everybody that you interact with has gotten to that point in their life from a completely different path, and has a completely different story. And maybe they haven’t yet discovered what they’re great at, or what they’re trying to do, or what they’re passionate about. But that doesn't mean they don't have it. They do.