What church, Chaka Khan and courage have in common. 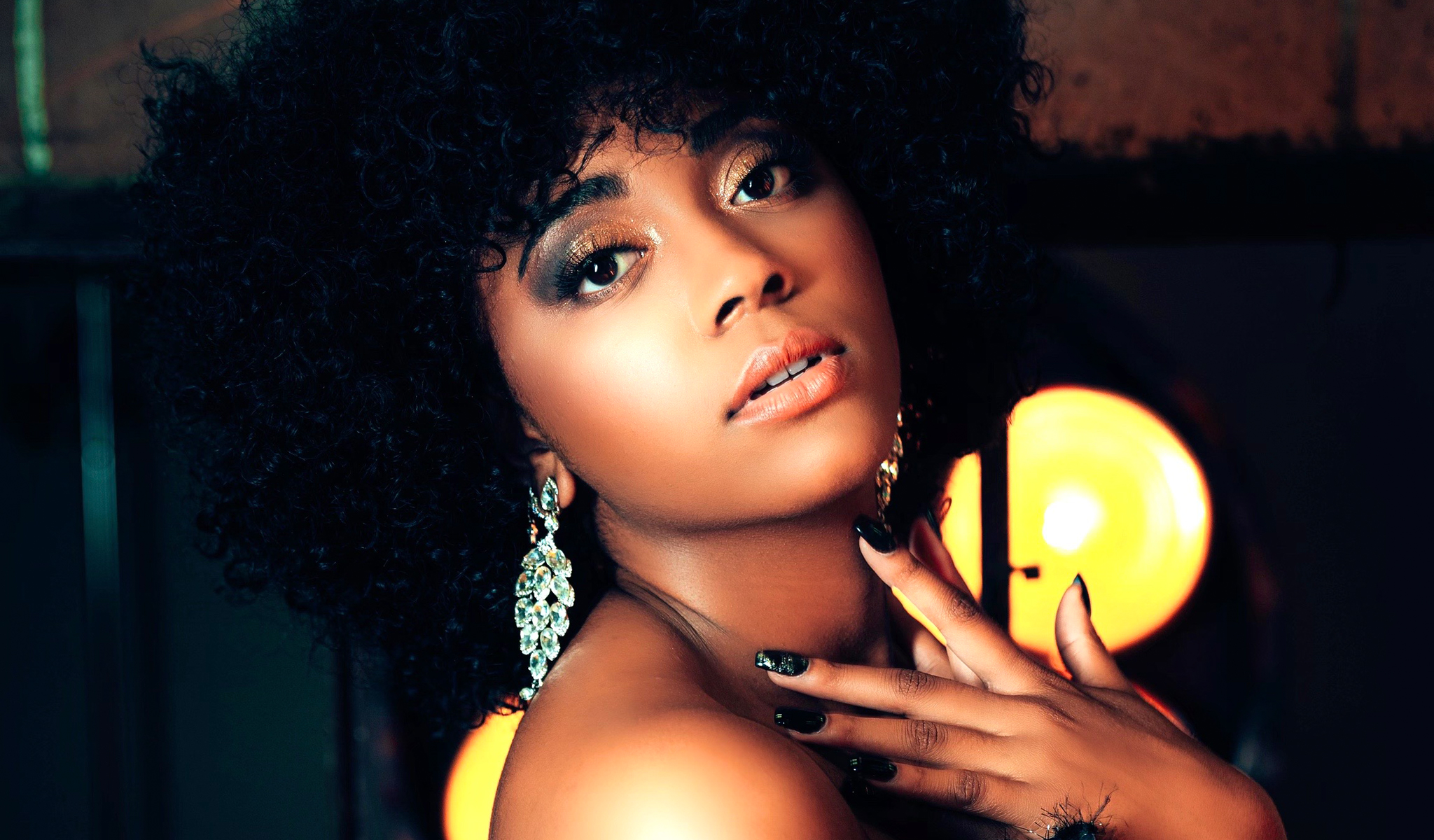 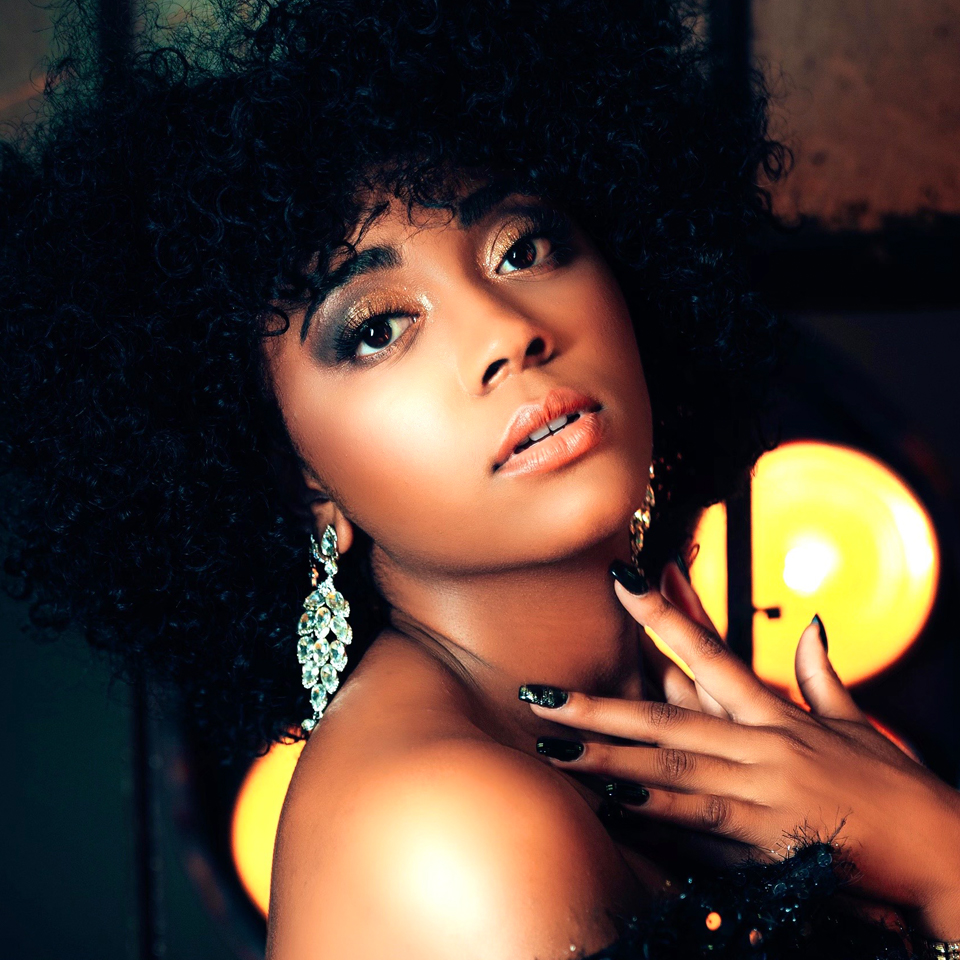 Many musicians describe their vocation as a calling, but perhaps very few feel that quite as literally as Celeste Butler. The USC vocalist -- who graduated from the music school with a Master’s in Arts Leadership last year -- grew up in a tight-knit, conservative military family, where music was always a part of life, but not considered, even remotely, as a viable career path. That would be something she would have to fight for. And fight she did.

At ten, she made it her goal to learn to sing “Listen” by Beyonce, even though she wasn’t technically allowed to watch Dreamgirls. Her parents then told her to wait until she was 16 to discuss pursuing music professionally. Nonplussed, she found an audition in LA on the day of her 16th birthday. She joined a girl group, finished high school early, and was accepted by USC’s prestigious music school, the only African American woman in her class. There, she started a 10-piece funk-soul band, and then in grad school, launched her own company. When asked if she ever questioned music being meant for her, she says no. “I really feel like it was Christ in me, saying, ‘This is what I’ve designed you to do.’”

Celeste’s new single, “No Peace,” is an affecting funk track that the artist co-created with Jacob Martin in reaction to the Black Lives Matter movement. Quadio spoke with her about the song, as well as the Pentecostal church, breaking rules, and the prescient role of Chaka Khan in her life, by video chat from her family’s home in San Diego. ‍

You grew up in a military family that’s also very religious. What was that like?‍

The church gave us an immediate community. We’d move every 18 months while my dad was active duty, but we’d be able to find a church home, and they became our family. Religion really gave us roots, both spiritually and communally, and thankfully I didn’t experience those feelings of displacement that so often accompany military life. ‍

Is church where you first realized you could sing?‍

I actually didn’t really realize singing was a talent. I come from a musical family; everyone sings or plays an instrument. Every family event always ended up being a jam session. I grew up in Pentecostal church -- it’s very expressive, and everyone sings. So in my mind, singing was just how you expressed your love for Christ.

I stumbled upon Dreamgirls when I was about 10 years old, and I was determined to learn “Listen” by Beyonce. I actually wasn’t allowed to watch it -- my parents had a rule that was basically, “PG until you’re 13 and then maybe a couple of PG-13 movies.”  But after I saw the movie, my sister caught me practicing “Listen” secretly in the bathroom and was like, “Wait, you can actually really sing!” My memory is, she told my parents. Also, around that same time, one of my classmates was auditioning for a regional youth theater production of Peter Pan. I auditioned and was cast as like…Indian Number Four. But I had my little dance feature and that was the moment it all clicked. Opening night I had already decided, “Okay, this is what I want to do.”‍

I just remember looking out and seeing a sea of smiling faces, all enjoying and experiencing a moment together. It reminded me of the joy we find through music at church. It was like, “This is something that everyone can be a part of, while it’s also healing them individually.” I wanted to create moments that would bring people together in that way.‍

You mentioned your parents didn’t let you watch PG-13 movies. How did they feel about you wanting to be a singer?‍

Actually, at the time, I wanted to be an actress, because in my mind, secular music was something I wouldn’t be able to pursue. We weren’t allowed to listen to secular music.‍

You obviously broke that rule.‍

Yeah, Chaka Khan’s “Ain’t Nobody” was playing at a friend’s birthday party in fifth grade and it was just a rabbit hole from there. I discovered funk, and then I discovered soul, and then Motown… Our family desktop computer was upstairs in a corner. I’d be on YouTube, listening to all the karaoke videos and watching people do covers, but I’d also be listening for footsteps. And as soon as someone came up, I would change to something else, like, “I’m looking at praise and worship, I’m listening to gospel!”‍

Your parents must have known.‍

I think they knew, and I think they understood my side of it. I was genuinely just amazed by the voices and amazed by the music. I think it also helped that my brother was into hip-hop and rap...that made my case for funk and disco a little more appealing. My parents would have conversations with us to make sure we understood that the focus had to be the music and not the lifestyle. I’m so thankful for that now, because being in the industry, I can see how easy it could be to drift if you don’t have a really strong foundation.

Eventually, they said once I turned 16, if I was still interested in singing professionally, then they would allow me to try. So I found an audition that was happening in LA on my 16th birthday, because there was not a second to waste.‍

You were not messing around!‍

I was not. It was for this six-month intensive, triple threat program in Hollywood. At the audition, I met three other girls in a girl group, and they were looking for a fourth member. So I got into the program, and into the girl group, too. All of a sudden, I was in LA four times a week sometimes. We were in the studio and doing photo shoots and making music videos. It was full-time. So I switched to my high school’s independent study program.‍

Was there ever a moment you felt scared or unsure? ‍

Not really. I had tunnel vision. People have asked me that since then, like, “How did you know? How did you know that it was going to work?” And honestly, I can’t say it was one specific, tangible thing, but I really feel like it was Christ in me, saying, “This is what I’ve designed you to do. You may have people who don’t believe in it or don’t understand the vision right now, but this is what I’ve placed in you, so grow.”

The group split up -- we were all going in different directions in our lives. I applied just to USC, because of the music program, but if I didn’t get in, my plan was to continue pursuing my career as a musician. But I got in, and I was able to major in popular music performance while pursuing my career in LA at the same time. My first semester there, I was selected to perform for a master class with Chaka Khan as the special guest. That experience reinforced the path I had chosen, and I formed a funk-soul band. We performed any and everywhere we could. And all of that led me to my masters program at USC in Arts Leadership. ‍

What exactly is arts leadership?‍

It’s a combination of entrepreneurship, arts, community and culture, which was kind of perfect for me. I feel like music is a universal language, and thankfully, it’s also how I can give of myself. So taking my gift and using it to make the world better -- which to me, means helping people to love and understand each other -- is really about implementation. Music helps open the door and break down barriers for important cross-cultural conversations to take place. And events that provide a safe space for those dialogues are a key factor as well.

I started a company, Creation Against Barriers, and it’s literally that! It’s music, fashion, and event-based projects that help break down barriers. Whether it’s mental barriers, emotional barriers or societal or creative barriers -- we try to make sure that all the projects we take on are in alignment with that objective.‍

I think it’s the beginning of a new era. While I was in the Arts Leadership program, I was heavily involved with arts admin, education, and community involvement, which I loved. But after graduation I felt a real need to reconnect with myself as an artist. I have over 300 songs written that I just need to put together in a cohesive way. “No Peace,” the song I just put out, was created to ignite people. And to continue pushing society forward toward justice, equity...and prayerfully one day, peace. Which is honestly, if I had to summarize it, what I hope all of my music will do.

It’s actually really crazy -- my producer Jacob Martin was able to get Chaka Khan’s musical director and bass player, Andrew Gouché, to play on “No Peace.” Andrew is a musical pioneer, and is literally considered the godfather of Gospel bass. I couldn’t believe the alignment! Everything really came full circle.