It took losing The Voice to find his own. 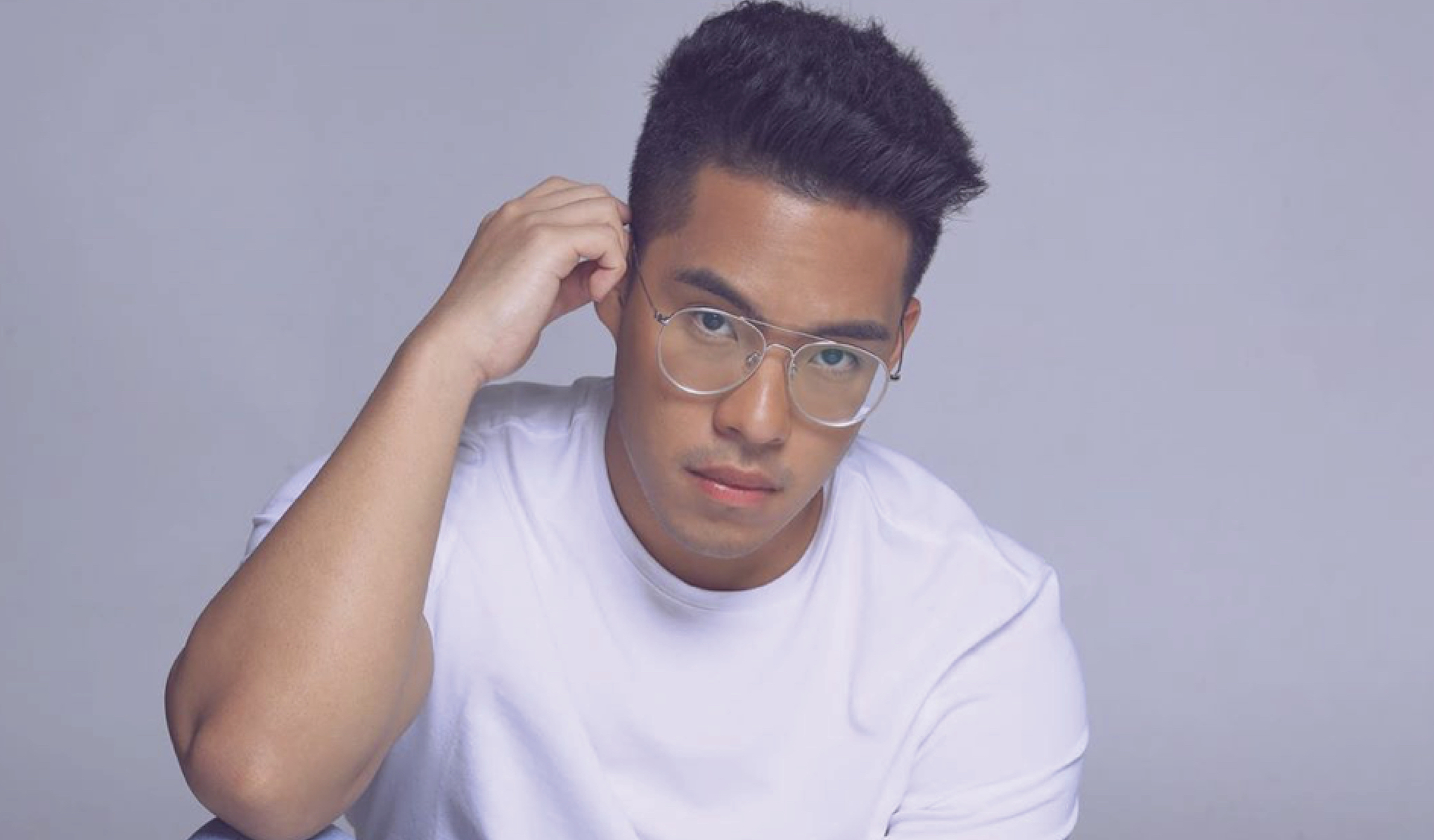 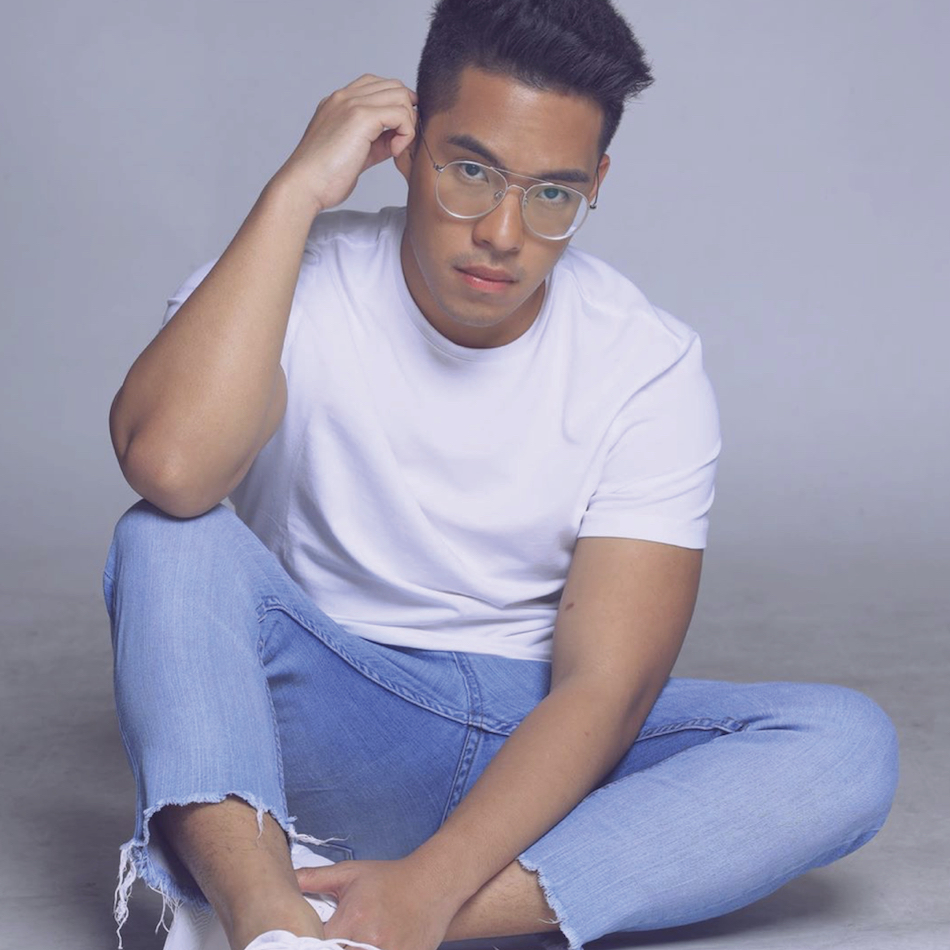 Raised in a strict Seventh Day Adventist home in the Philippines, he didn’t hear contemporary music until he was 11.  A few years later, his family immigrated to the U.S., where Jej expected to find a sprawling version of Times Square, only to settle in Flandreau, South Dakota, population 2,500. And yet, five years later, he found himself on the audition episode of NBC’s “The Voice,” with all four judge chairs turned toward him, and Blake Shelton saying, “I think we’re all kind of nervous talking to you, because we all feel like we’re looking at the winner of The Voice this year.”

Jej, who was on break from USC’s Thornton School of Music at the time, was cut in the final round, eliciting a Twitter storm of epic proportions, but he will tell you being eliminated was a relief. “The competition was a great experience for me and I would never regret doing it, but I was genuinely ready to go,” he says. “It was time for me to move on and do more original music.”

And that’s what he’s been doing since, with jazzy pop songs like Friendzone and Superstar, which he hopes evoke a mixture of Ella Mai, H.E.R, and Lucky Daye. They definitely evoke occasional goosebumps and unfailing good vibes.

Jej hopes those vibes continue to propel his unusual story, and, in time, help him achieve yet another biopic-worthy goal, which he described during a recent video conversation with Quadio from his home in California.‍

We just have to start by asking what it felt like to arrive in South Dakota at age 15.‍

So, fun fact: Before I moved to the U.S., I thought that the entire country was super-urban, so it was really shocking for me. The other shocking thing was how friendly people were, despite the cold weather. They were saying hi to me even though they were strangers. And I was like, "This is really bizarre." The third thing that I found really shocking was that I could work in high school. That just doesn’t happen in the Philippines. So right off the bat, I started working at a nursing home as a dishwasher. I mean, everything was new. ‍

Can we ask how your family ended up in Flandreau? ‍

This is a little story. My mom and my dad are both singers as a hobby, and they were part of a church choir that toured the U.S. in 2001; they visited 49 states. One was South Dakota, and that’s where they met a lady who ended up loving the group and managing it, and she eventually ended up sponsoring us to come to the U.S. It took around ten years to process. My mom was a high-ranking nurse and my dad was an architect and owned a business in the Philippines, so they had to start all over again from the bottom. ‍

By the time you got to the U.S., you’d been singing for a long time, right?‍

I started singing in church when I was about six, and that led to a lot of singing competitions. My mom is such a perfectionist. She's literally a mirror of who I am as an artist, she really pushed me hard. She was my “mom-ager,” or whatever you call it.

My voice at that point, it was all self-taught. My lessons were choir rehearsals. My religion is so strict that even contemporary Christian singing is not allowed, just hymns or classical music.

But then when I was around 11, I discovered a channel in the Philippines that showcases Western music videos all day long. It was mind blowing. I was like, "This is so sick. This is completely different." And the first singer that I'd ever heard, even before Beyoncé and all the R&B singers that made me want to learn how to riff and do a lot of the things that I do now, was T-Pain, when he released “Bartender.” ‍

Your family was OK with you listening? ‍

I guess my religion and upbringing always taught me to be careful with the music I listen to, but that didn’t stop me, because I've always liked music for the groove and the melody and just the entirety of the song.‍

Let’s fast-forward to USC. How did you get there?‍

My senior year, I saw a tweet by someone in Pentatonix about a brand new singing camp in LA where you could learn from them and famous producers, and I was like, "This is really cool, but it's really expensive." But I figured I’d give it a shot and auditioned. When I got in, I still didn't think I could go because I didn't have enough money, but they ended up giving me some scholarship money, and Flandreau was kind enough to host a fundraiser concert for me, and they raised enough money for me to fly there and pay for the tuition I still needed.

I was there for about nine days, and that really opened my eyes because I met people going to music school at USC. But nothing happened, really, because I was already enrolled to go to Union College in Nebraska for nursing. It was a conflicting moment. But I was like, "I'm just going to give nursing a shot, and if I don't like it or if I don't feel like it, then I'm going to talk to my parents about going to music school.”

I was in nursing school for a semester, and I did fine grade-wise, but the passion just wasn't there. My sister was also in nursing school. She was a year ahead of me, and she was a lot more passionate than I was. I could see the difference.

Asian culture and Filipino culture, they just want their kids to have a career that's more practical, and my family's approval was really huge for me. But I went to them and told them what I was thinking. Of course they were uncomfortable, but they love and support me so they realized that they needed to give me a chance to study music, as long as I could get in somewhere and could find a way to pay for it.

I was accepted to three schools. Berklee, USC, and Belmont in Nashville, and all of them offered me scholarships. I ended up choosing USC, and my family wanted to tag along, so they moved out of South Dakota with me to LA. Filipinos are very family-oriented.‍

Oh, gosh, it was actually another different kind of culture shock. I loved LA right off the bat because it was somewhat tropical. But going into USC, I had thought you finish your four years, and you form your network, and you become a superstar by the time you graduate, and make a lot of money. That was my super-ignorant perception of music school -- because you're being taught by world-renowned professors, you're good to go.

So that was completely shattered, and going to USC just made me feel a little bit overwhelmed with everything, and I was commuting a long way everyday to Simi Valley and back. It was tough for me to make friendships.

I did get into the SoCalVoCals, the a cappella group, and that was great. That was my outlet where I could bond with people. But by my third year, I was like, "I don't get the point anymore. I've learned enough and it's really expensive, so I'm going to take a break." And that’s what I did. I got a job at a restaurant right across USC, I taught voice lessons, and I just offered myself up to people to sing backing vocals for them and write for them, and do whatever they needed musically.

About three months later, I got a phone call from someone who had seen me sing back-up at Hotel Café. I don't know how she got my phone number, but she was like, "Hey, I'm a casting producer from The Voice, and I think you'd be perfect for the show.” It was definitely a surreal moment, but I was like, "This seems like an open door already for me. It's dumb for me to not take it." ‍

And then, there you were. All four judges turned around, and Adam Levine was saying, “You’re a better singer than all of us.”‍

Well, it’s not true, of course. But I learned a lot. I learned a lot from Kelly [Clarkson]. And after I was eliminated, I was thinking about going back to school, but I started getting a lot of gigs, and I’m chasing the momentum now. I just want to release music and take advantage of the exposure that I got from the show.‍

This quarantine is making me self-reflect so much. I'm like, "What do I really want to do?" Sometimes, I think I just want to make money from music and be content, but I know deep in my heart that my number one passion more than anything is not to be famous, but for my message and for my music to be loved by many people. ‍

You’ve talked about changing the narrative for Asian-American artists -- is that what you’re referring to when you say “loved by many people?” ‍

Right now, I feel as if it's looking really, really good for Asian American artists. But for most of my life, it wasn’t that way. In the music industry, you don’t really see a lot of Filipinos or even Asian Americans that are winning Grammys, that are limelight artists, or class A artists. And to me, I think that's a problem, because there's literally a ton of super, super-duper talented Asian American artists that I know that should be getting more recognition than they deserve, but because of the color of their skin, they're having a hard time going through it.

It’s been amazing for you so far, and that would be even more so. ‍

Yeah. It's insane to think about it. If you sent me to a 12-year-old me saying, "This is how your life's going to turn out," I wouldn't have believed you.