Sometimes losing what you love isn't a bad thing after all. 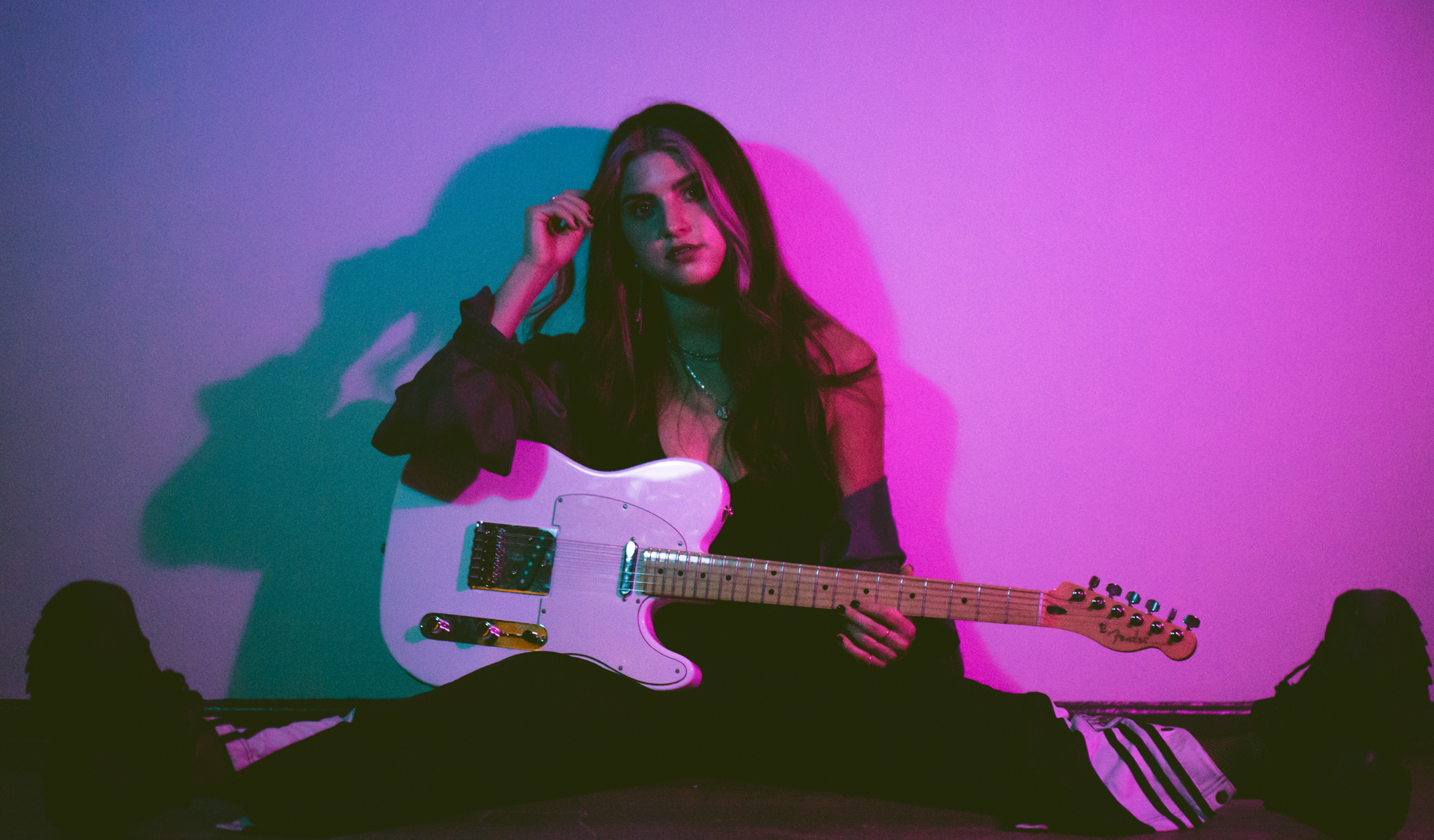 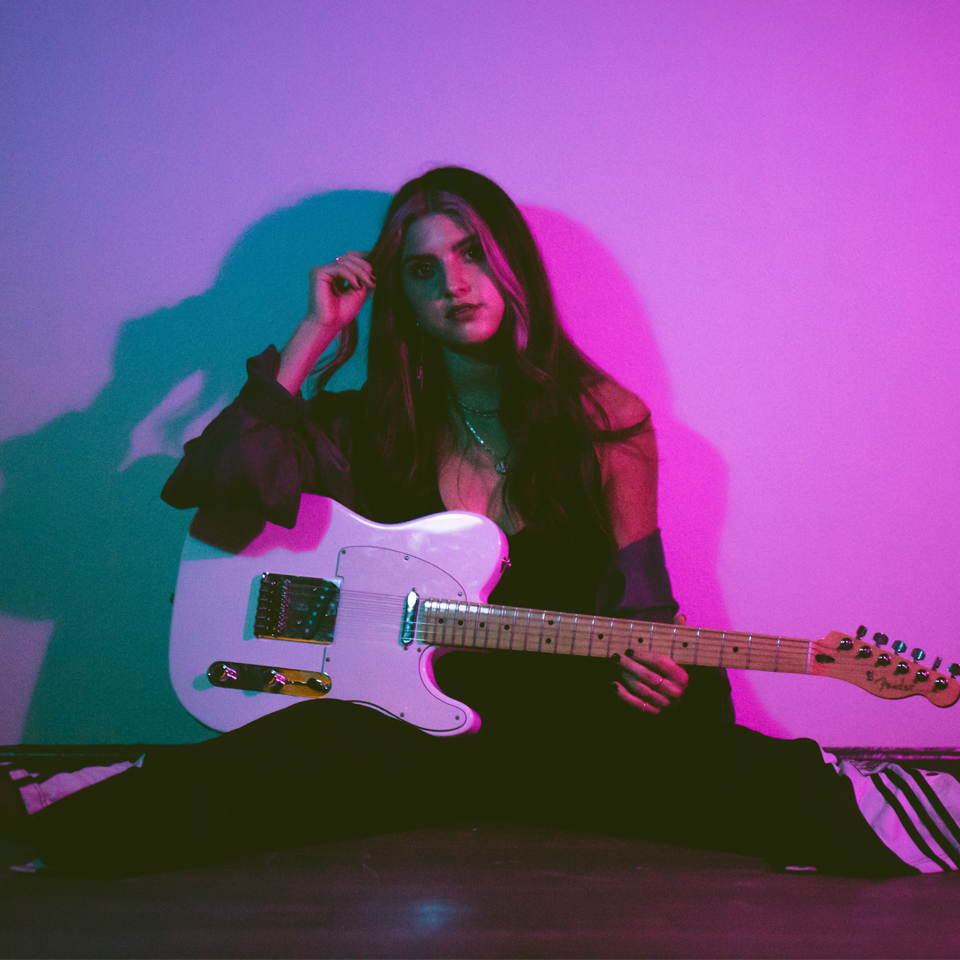 You know how in the movies it’s always that the heroine comes thiiiiiiiis close to losing everything, but then miraculously defeats doom, soars to victory, and, if that wasn’t fantastical enough, also learns the true meaning of life?

Well, fantastical, unless you’re Hannah Hausman, the small-town Tennessee beauty queen turned songstress who nailed nearly one million streams with her first release, the instant indie pop hit “lost in brooklyn,” and then, after a brutal (pre-Covid) virus that attacked her vocal chords, lost her voice for a year, so painfully and completely that she couldn’t even hum.

There were days in that period when Hannah thought she might never speak again, let alone sing. But always a competitor, both in sports and on the pageant stage, she never stopped fighting her way back, working for hours each day on her own and with a vocal therapist in Nashville. Her voice was gone, but her dream was not.

Maybe it’s not a surprise ending that a year after her voice came back, Hannah is making more emotionally powerful music than ever before with the surging streaming numbers to match. Her recent release on TikTok, a raw, poignant, and sweetly melodic tribute to the mix of emotions she felt bumping into an old boyfriend in a Whole Foods parking lot, has logged almost 68,000 views. With nearly 45,000 monthly listeners on Spotify and songs like “fake it” garnering upwards of 225,000 listens, Hannah’s songs have been featured on 22 Spotify playlists, including New Music Friday, Brand New Chill, Pop Right Now, and It’s a Bop. And she’s not slowing down any time soon -- today marks the release of her brand new single, "will i ever feel this way again?," another sparkling sure-to-be hit.

In a conversation that covered everything from the role of random luck to the importance of fighting for what you want, Quadio caught up with Hannah in Los Angeles, where she is somehow managing to lay low in quarantine and make some pretty big waves at the same time.‍

You’ve been an endurance athlete, a literal beauty queen, a poet -- when did you realize you actually wanted to be a pop star?‍

Well, I don’t know if I’d use that term exactly. I feel like I’m more of a singer-songwriter than a pop star. But I’d say it was very early, maybe even as young as seven.

I’m from a small town in Tennessee called Johnson City. People really only know about it because it’s in the song “Wagon Wheel.” But yeah, it’s a very small town, and not a lot of people make music there. But my parents were amazing; a big part of my upbringing was them driving me and my sister hours to see our favorite artists live. Concerts were when I felt most alive. I always felt so in-the-moment and like everything would be OK. It was the one time I could be fully present. And so every time I would be at a concert for my whole life, I would always be like, “Oh my gosh, I want to do that. I want to give that joy to other people so badly.”‍

A lot happened between you and your sister going to concerts and what’s happening with your career today. You didn’t put out your first song until college, right?‍

I’ve always loved singing my whole life. So, my mom put me in voice lessons and piano lessons when I was young. Around the same time, maybe first grade or so, I went to visit my dad’s dad and step-grandmother, and they loved singing and writing songs and poems. My step-grandmother got me a little journal, and she was like, “Let’s write poems about our trip.” That’s really how I started developing my love for poetry. They were obviously very bad poems because I was seven. But after that, I really never stopped writing, and it was always my favorite thing.‍

But putting music and poetry together kind of happened by accident -- literally -- for you. ‍

Yeah, that’s true. I got a guitar when I was 17, I think, for my birthday. And I played it a little bit, but not really that much. I was focused on other things.  ‍

There was that. I competed in the Miss Tennessee and Miss Teen Tennessee USA pageants, but it’s funny, they kind of put me off music, because even though my talent was singing, to conform to pageant standards, I had to perform Broadway show tunes. It never felt right to me. My voice is naturally soft and indie and that’s just not what the judges wanted to hear in pageants. I tried to sing in a style that didn’t fit my voice, and after I got off stage the last time, I was like, “I’m not good at singing. I’m never going to sing again.”

My other focus was exercising and running a lot. Like three hours a day. That was where a lot of my time went. Then, in 2017 I tore my labrum in my hip and I was on crutches for six weeks and I didn’t have anything else to do. So I was like, “I guess I’ll start playing the guitar.” And I realized I could play chords and start singing my poems. That changed my life completely.‍

You were studying communications at UT then. Did you have the idea to become a music journalist?‍

That was what I was thinking about. But the injury forced me to stop and to slow down and think about my dreams and what I actually wanted to do, and I realized that I had just been going and going and ignoring the dream that I had had all along.

But then I thought, “Oh my gosh, I actually want to make my own music, but I don’t know how to do that.” I was just in my room in East Tennessee writing songs, I didn’t know anyone who made music themselves. I had one friend who played the guitar, that was it. I didn’t know any producers or how to make a demo or anything.

Earlier in college, I had studied abroad in Australia and I really loved it and I always wanted an excuse to go back. So, I decided to go to Hillsong’s songwriting program there for a year. So I went and did that, and I think it really helped me a lot because with creativity, structure really helps me a lot. I didn’t really know the rules or how to structure songs. I was just kind of writing things. So I think it was really important to learn a little bit of music theory and learn what not to do, and, if you want to break song writing rules, how to do it nicely.‍

Were you making and posting music while you were there?‍

No, except for this one Chelesa Cutler cover I had made before I left. And suddenly, everyone was messaging me like, “Oh my gosh, I love your voice. It’s so unique.” And this whole time I had been so worried that I wasn’t good enough to try. And then, this crazy thing happened. It’s so random. This guy I knew from a scuba diving class in high school messaged me. We had lived in different cities and never really talked very much since the class, but he was like, “Oh, hey Hannah, I’m actually living in LA now and I’m at a school for production. We should start working on some tracks together.” So he would send me beats and I would go on the elliptical and write songs in the gym while I was listening to them, and then go home and record a voice memo and send it to him. We did that back and forth for a while, and then they had to do a final project for school. They had to make an EP, but the group that he got put in was all producers; none of them were singers or songwriters. So he flew me out to help them with that project. And while I was there, he introduced me to a ton of different producers and took me to a bunch of studios. It was kind of my first taste of actually being a songwriter. We released “lost in brooklyn,” and Spotify’s algorithm found it, and it took off. ‍

It’s also when you got sick, traveling, and lost your voice. Tell us about that experience. ‍

So, it was almost a year where I couldn’t sing without any pain. I actually fell into depression a lot during that time, because I had just finished Hillsong, and I thought I knew what I wanted to do next, but couldn’t even sing or barely even speak without it hurting me. I really wrote a lot of poetry during that time. And I wrote a lot of songs too, that I couldn’t record. I would just write them down and then sing the melody in my head and hope I could record it later. Or sometimes I could sing it like once without it hurting me, and I would just record a little voice memo. Finally, I found a really vocal therapist at Vanderbilt in Nashville. And I went to vocal therapy for a long time and finally got it to where I could sing without pain. ‍

Was there any time in there where you just wanted to give up?‍

No, because I had this restlessness inside of me the whole time. I just had this belief that my voice would heal and that one day I would be able to do it. When it got very hard, I would think about two random sisters driving down the highway, jamming to one of my songs, feeling alive and in the moment, the way my sister and I always do. I knew that was what I was created to do. So I just had this faith the whole time that it would come back. And the crazy thing is, listening now, my voice sounds so different, but so much better than before. It’s definitely richer. I think a lot of the reason it’s different is because through vocal therapy, I learned how to sing properly with the instrument that I was given. ‍

Were you nervous to jump back in? ‍

I didn’t have time to be nervous because the week I was able to sing without pain, the producer RYANVIII reached out to me to collaborate. ‍

The result was “feel something again,” which has been streamed more than a million times.‍

I had a lot of pent up songs in my head! And I was at the point where I realized I had wasted so much time and energy hiding my passion for singing because I convinced myself I wasn’t good enough. After losing my voice for so long, I learned how precious of a gift it is, and that it could be taken away from me at any moment. It made me less hesitant to get out there. I learned to trust my intuition and let others in. It’s crazy backwards, I know, because at the moment I was so sad about it, but I realize now I had to lose my voice to find myself.