Their artist name is "Wilson, like the volleyball," except they have a lot to say. We're listening. 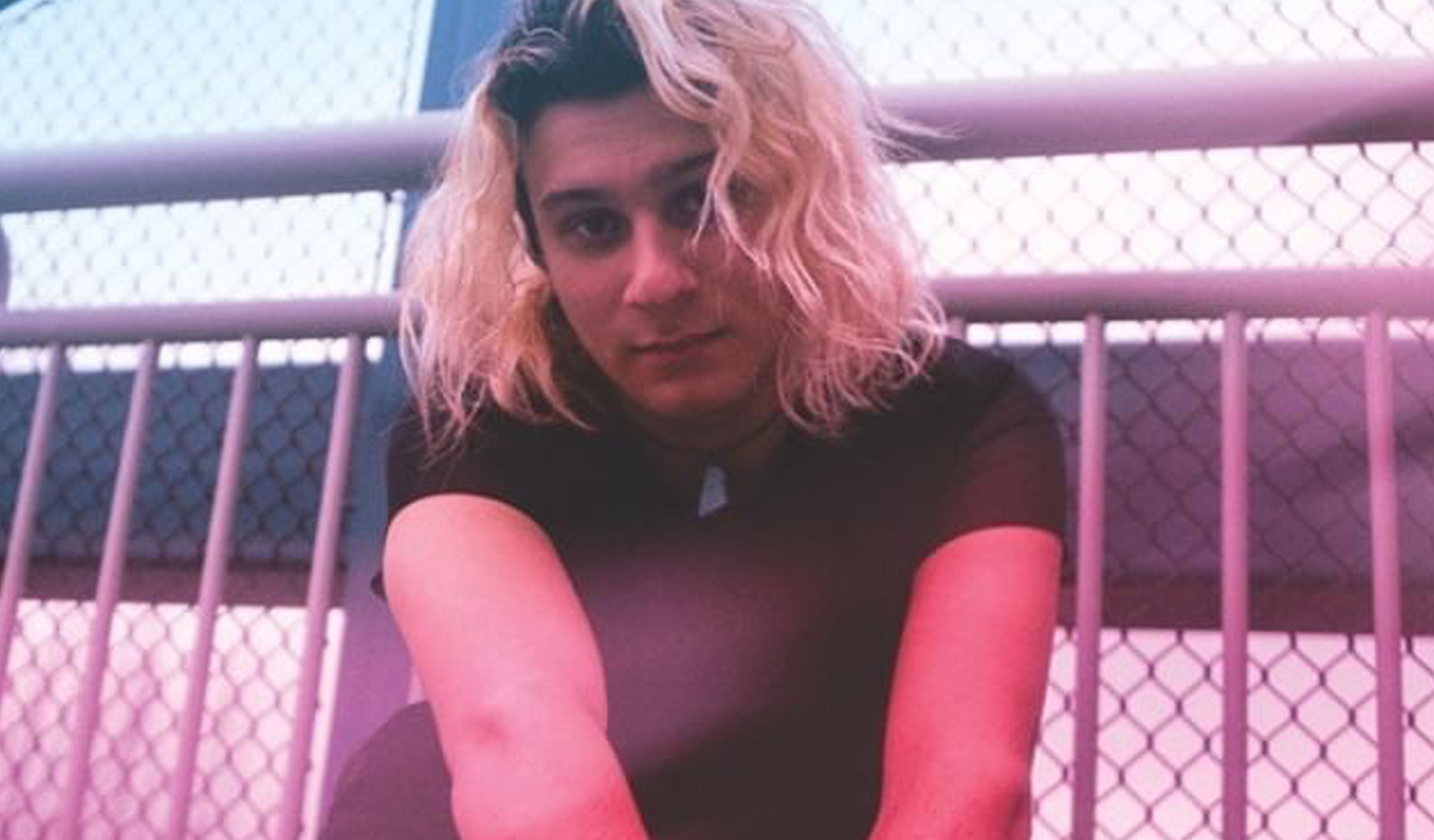 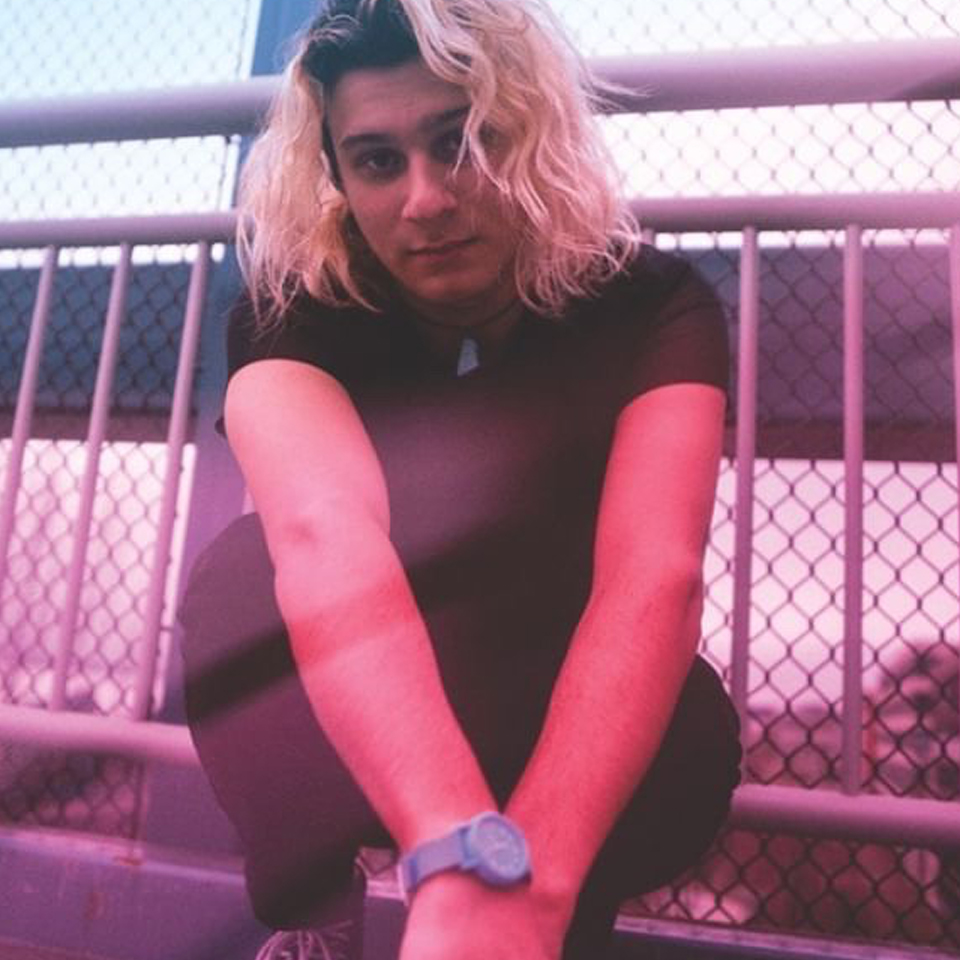 You know how it started: “What’s your name?” “Oh, it’s Wilson. Wilson, like the volleyball.” Laughter all around, and then, yeah, people remembered.

These days, though, the Seattle emo EDM artist known as wilsonlikethevolleyball has a bunch of other stuff people should remember -- stuff that’s far more important, stuff that’s often left in the dark, but shouldn’t be. Which is just one of the many reasons wilsonlikethevolleyball -- Wilson Rahn, by the way -- is one of the musicians Quadio is focusing on this Pride Month.

After growing up in Spokane and fiddling around with electronic music throughout middle and high school, Wilson went on to major in Comparative History of Ideas at the University of Washington. It was that experience, along with Bernie Sanders’ presidential campaign in 2016, that sparked their interest in human rights issues. At a recent Black Lives Matter rally in Seattle, Wilson says they were one of many to experience violence at the hands of police. “It was a radicalizing event for me,” they say. “Radical is such a hilarious word for it, though, because I’m not that radical. All I want is for people to not get fucking killed.”

Wilson began working at a music distribution company after graduation, and offers free Ableton lessons to people from marginalized identity groups. We connected for this 10-in-10 by video call.‍

Your artist name is a Castaway reference. What’s the story behind that?‍

It’s funny that you ask, because I feel like it’s not really me anymore. I’m going to change it when I move to LA in a month. But for basically all of my life, I’ve been introducing myself as “Wilson, like the volleyball.” I feel like I have a pretty bad resting bitch face and people don’t really want to talk to me unless I’m proving that I’m the soft little mochi that I am. So it was kind of a cute thing that people could remember me by.‍

“A soft little mochi?” Your music isn’t exactly soft. On your website you say, “I like glitchy things.” ‍

Yeah, the glitchy stuff is electronic music, which I started experimenting with in high school. It helped me come to this understanding about myself. There were the people who were into new music, fashion, cars, and then there were the people that were driving the ‘70s Mercedes and listening to Led Zeppelin. I was painfully in the middle. I was listening to 2000s butt rock and Linkin Park, and they meant so much to me, but a lot of the world perceives them as cringey. But as soon as I started owning it and really diving into it, that’s when I got really into Skrillex and Virtual Riot and all these heavy electronic music artists.

Ed Sheeran and Skrillex made this song that’s a fucking pop song. But it’s got the production quality and vibe of a Skrillex track. And I was sitting there like, “This is what I want to do. I want to make weird but accessible pop EDM.” I want to make music that’s inaccessible and disgusting -- or not disgusting, it’s great to me. But like monster energy type electronic emo shit, and I want to make it so that people who don’t look like me, and probably wouldn’t want to hang out with me, can still enjoy my music.‍

When you’re in high school, and people think that Linkin Park is dumb, for example, you write them off, like, “Oh, well they’re just the jocks.” But when I came to university, I was hanging out with a lot of different people, and I realized that just because I don’t like the same things as this person, doesn’t mean that they’re not interesting. There’s that whole concept of the basic person. That’s fucking bullshit. All that is is just, “They don’t look like me or talk like me, and I don’t want to put the effort into figuring out what they’re passionate about.”‍

There are some massive social justice movements going on right now. But you were posting about things like universal restrooms back in 2016. ‍

Oh man, I didn’t even know that I was doing that. I kind of thought that I was late to the game. I studied Comparative History of Ideas in college -- “CHID” -- that’s when I really started paying attention. ‍

So your major ended up being an awakening for you?‍

Yeah, that and when Bernie was running for president in 2016 I started waking up to a lot of issues as well. Moving to Seattle was amazing, because it opened up my perspective a lot specifically in regards to queer issues. I met new people that had discriminatory experiences, and I had my own discriminatory experiences for the first time, especially when I started going by they/them pronouns and people were misgendering me. But to be clear -- the human rights violations that white queer people face, they are valid, and they are still struggles, but holy shit, the intersectionality of oppression makes queer issues for black and brown people 500,000 times worse. I can still walk into a room and blend in and feel safe.‍

Are you as passionate about activism as you are about music?‍

Music is the thing I love most in the world. But how can I live while others can’t? Call it white guilt, call it whatever you want. I just can’t move forward with anything that I want to do until there is measurable progress in the right direction for justice.‍

You were tear gassed and pepper sprayed by the police a few weeks ago. Is it possible for you to feel hopeful about the future?‍

Ultimately, yes, bigotry and racist, sexist, queerphobic ideologies will hopefully melt away, with the efforts of a lot of people. We are coming to a little bit of a boiling point. I don’t know exactly how it's going to go down. I used to have a lot more faith that people’s minds could be changed. But lately I feel like there is a certain sect of people who have made it their mission to not have their minds changed. So right now the best thing I can do is have my body in the street.‍

How can you stay positive, knowing there are some people who may never accept you, or the people you’re fighting for?‍

I wrote a song recently that will come out under my new artist name that’s kind of about that. It’s called “I Am Worthy of Love.”‍

Knowing you’re worthy of love -- was that a revelation for you?‍

Kind of, yeah. It’s a really hard thing to know. Things weren’t working out in a relationship I was in because I didn’t think very highly of myself. I wrote the song with the rhetoric of learning to love myself like I loved the person I was with. If you can think of a person that you love and try to feel that exact energy towards yourself, I think ultimately you will radiate out peace and love, and find yourself worthy of it, too.