10 in 10 with Wellesley College's Isabel Pless 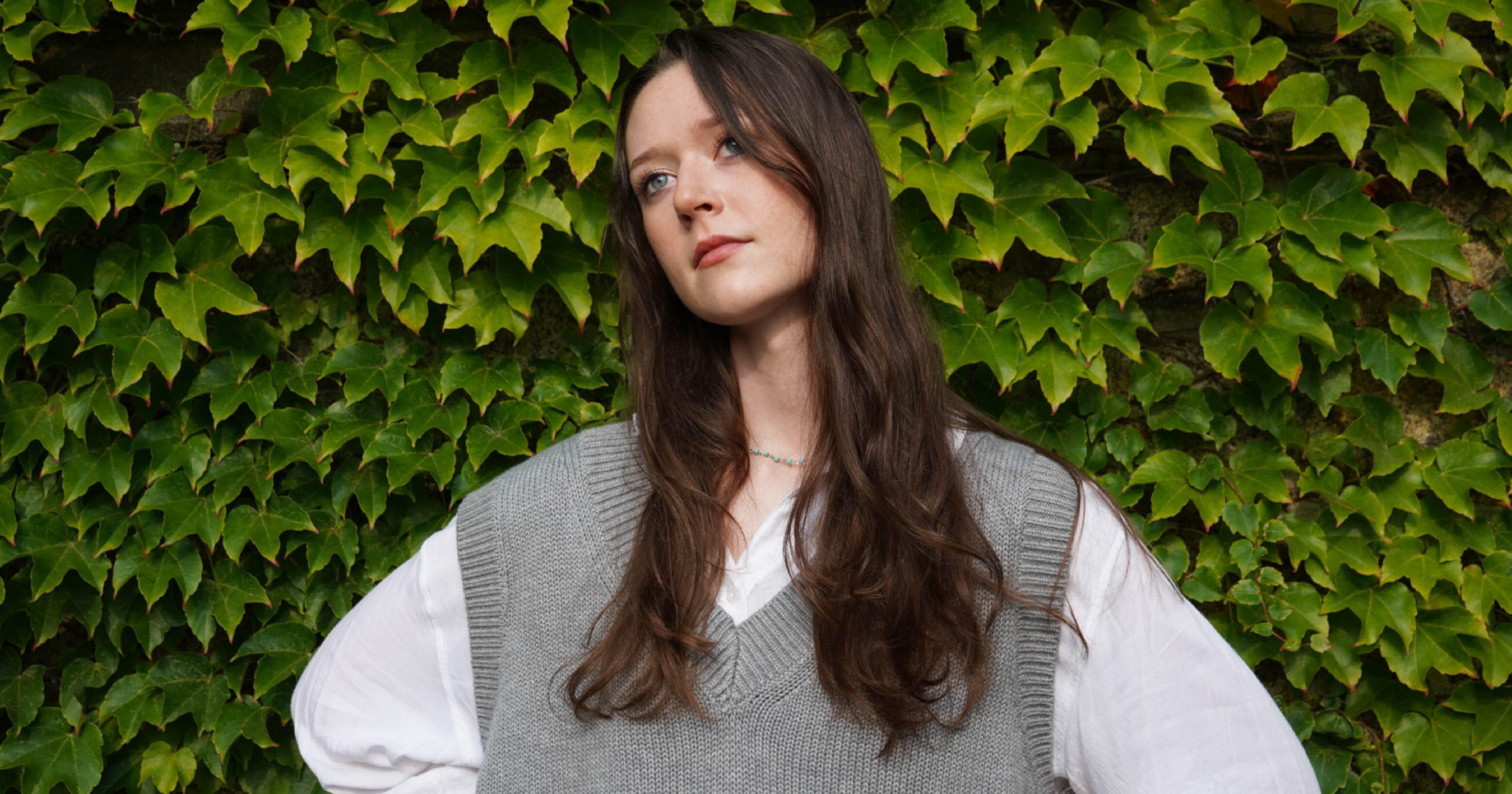 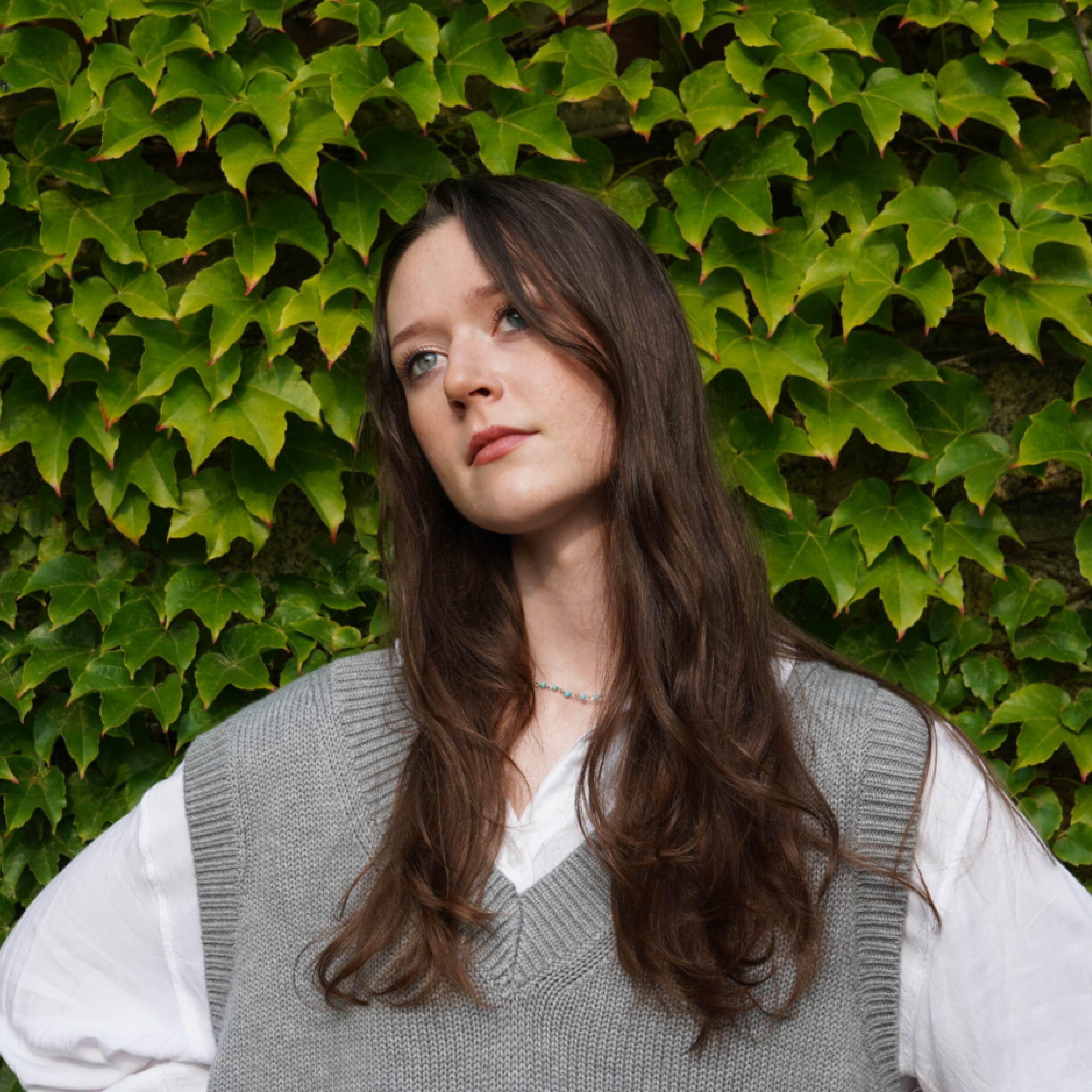 As the generation of singer-songwriters inspired by Taylor Swift’s pen grows up, the whip-smart lyricism of rising indie artists has become more and more cunning – count Wellesley College senior Isabel Pless as a fixture in the next wave of great lyricists. New to sharing her music with the world on the internet, and even newer to properly releasing full songs on streaming platforms, Pless has quickly amassed nearly 90,000 followers on TikTok, channeling hard-hitting storytelling (a la Ms. Swift herself) to a growing gaggle of young people who plead for her 40-second clips to become full songs on Spotify.

Raised in the vibrant, bustling Burlington, Vermont, a city densely populated by artists and surrounded by gorgeous alpine scenes, Pless fell into songwriting naturally. An avid consumer and creator of poetry beginning in elementary school, she began to learn guitar, and the two skills merged together, fueled by a desire to emulate what singer-songwriters like Swift were able to do with their music.

Pless’ growing fandom got a boost this fall with the release of her biggest hit thus far, “Bechdel Test,” a tongue-in-cheek song about her mental health, identity as a 20-something and the doldrums of the pandemic. The track raced to 100,000 streams in under two weeks, landing on multiple Spotify editorial playlists and even earned an impromptu cover on Instagram by Lizzy McAlpine, a fast-rising indie talent who recently opened for Finneas.

Pless admits that she doesn’t know if fame is the goal, but her songwriting has already proved its sticky resonance with thousands of listeners – she talked with Quadio over Zoom to tell us why the Vermont music scene is so special, how and why she keeps her school and music lives separate, and her best piece of advice for all young creatives.

People not from Vermont might not know about its bustling music scene. What sets it apart, in your opinion?

My favorite thing people say about Vermont is, “I’ve never heard of that. Isn’t that in Canada?” But despite it being such a small state and community, Vermont has such a heavy influence on music. It’s very folk and very independent artist-focused. I grew up around Burlington and was used to seeing buskers on the street and going to lots of local concerts and local art venues. Also, I live right at the base of Mount Mansfield, so I just see the mountain every day. It’s so beautiful. Vermont artists are some of my absolute favorites – Noah Kahan is a big one. I love Grace Potter and this folk artist named Henry Jamison, too. Obviously, there’s something really special about listening to music in a place created by people who live or grew up in the same place as you.

When did you start writing songs?

I’d always been really drawn to poetry and I was just mimicking other poets when I was younger, trying to write my own stuff. And then I started taking guitar lessons in middle school – I was probably 10, and Taylor Swift was a really big inspiration for me. I saw what she was doing and I was like, “I want to do that, too.” The poetry and guitar sort of naturally meshed together and that’s how I started writing music.

You’re not in a music-specific program in college, though – you’re studying linguistics.

I actually took my first music theory course last spring. I was like, “This is interesting,” but I didn’t really like it that much, honestly. I keep academics and music pretty separate in my life – when they’re together it just feels really muddy. Obviously, music is so important to me, but I’ve been making sure I’m putting my mental health and school first, before I concern myself with music releases and promotion.

Which I’m sure made the success of “Bechdel Test” all the more unexpected. How did that song come to be?

It was a pretty typical process for me – I have a following on TikTok, and what I’ll do is write the first verse and chorus and post that on TikTok to see what people think. That’s how “Bechdel Test” was born, just as a fragment of a song at first. I wrote it in 15 minutes, probably, and posted a 45-second video on the app and didn’t think that much of it. Then it started blowing up, and I was like, “Woah!” I have a pretty hard time sitting down and writing a full song, to be honest. But I knew I had to finish the song, so I worked with Andrew Tufano, who’s out in Nashville, to finish the writing. He also produced it, and with his help, the process was pretty quick. After I first posted the snippet on TikTok in July, we had the second verse and chorus done by August and then the song was released in September.

What were your expectations once it started getting TikTok love?

It’s funny because when I wrote it, I really did not think twice about it, besides thinking to myself that the line “I’ve been watching too many movies that don’t pass the Bechdel test and that makes me feel like a bad feminist / but I pirate them, so that makes it better, I guess” was kinda edgy. I got kind of in my head about it – I remember texting one of my friends and I was like, “Is this too edgy to put online?” And they were like, “No, that’s funny. You should do it.” And so I did, and I think people really connected with it. Then post-streaming release, it got on New Pop Picks, a new Spotify playlist with at the time maybe 3,000 likes. But later in the week, the song landed on Fresh Finds and Fresh Finds Pop, and that was big. And then one day I was just doing my linguistics homework, and Andrew called me and told me Lizzy McAlpine covered my song on Instagram, and I was like “What?!” It was crazy. I’m honored. I’m a really realistic person, so I was very excited about releasing it because people had been asking for it on TikTok, so I knew it was going to do at least okay. But I never would have imagined it’d be getting a hundred thousand streams in 10 days. That was insane. ‍

How does that first big success affect your songwriting approach going forward? Do you feel pressured to repeat it?

I don’t think so. I do want to write music that is relatable to a wider audience, because I think if I get too specific to me, it won’t carry the same weight. So that’s what I try to do. But I haven’t really changed what I write about for an audience, which I think is really good. I try to find experiences I have that are somewhat universal, but maybe not talked about so much. It’s a balance. “Bechdel Test” has funny writing. People tend to really like things that pick up on a certain amount of irony or humor – feeling like shit, but seeing the funny side of it.

Once you joined TikTok, you started to release music on streaming platforms for the first time. Why didn’t you release earlier in your songwriting days?

I always wanted to, but I didn’t really think anyone would listen. TikTok showed love to “Family Tree,” which ended up being my very first single in November 2020 – that was how I learned to use TikTok as a sounding board of sorts, because “Family Tree” had people commenting that they wanted it on Spotify, and that encouraged me to put it out into the world in full. Planning releases is definitely hard with all of my schoolwork, though. I have to really think ahead and strategize where I want to do a release during the semester, and now that we’re back in-person for classes it’s even more difficult. This year I had to really commit to releasing “Bechdel Test” right at the beginning of the semester. The thought was I’d get the rest of the semester to really focus on school, because academics do come first for me. It’s senior year, and I want to get my linguistics degree before I think about doing music full-time.

Almost exactly a year ago, you posted a TikTok where you were thanking people for 600 followers. Now you’re nearing 90,000. Does it feel like you’ve made it?

In terms of where I am, I have to really remember that Isabel Pless two years ago would look at Isabel Pless now and think, “Oh my God, I cannot believe that’s happening.” So that’s really important for me to keep in mind because it’s too easy to fixate on numbers, who’s listening, who’s not listening. I would by no means call myself famous and I’m not really sure that was ever the goal. Now, I’m just very excited to be releasing music that people like and want to listen to.

How do you find community in music?

I don’t really have a music community on campus. It’s funny how detached it is between what I do at Wellesley versus online. I’ve found so many artists and cool people in the industry through apps like TikTok, which I think is really valuable. And it’s so nice to have other people in my life now who also write music and can really connect and relate on that level. But it’s also so important to surround yourself also with people who have nothing to do with music, who can keep you grounded.

You’re so open online about your songwriting process. Do you have any advice for young songwriters?

I get really caught up in what I’m writing and whether it’s good or not. My big piece of advice is this: sometimes you just have to plow through the shit. Even if you feel like the idea you’re working with or grappling with is terrible, write it anyway. You’re going to get a good idea eventually, I promise. It’s also really scary to bare your soul in music, and that's something I just had to overcome. TikTok seemed so scary at first, but I think I started posting on it because I was just bored and it was the pandemic. But if a song or video doesn’t do as well as you’d hoped, there’s a delete button and you can just pretend it never happened. The internet is a great place to just try stuff out, as long as you’re being respectful and true to yourself. I think posting and sharing what you're creating is really valuable.