10-in-10 with Wesleyan's Vincent Lima 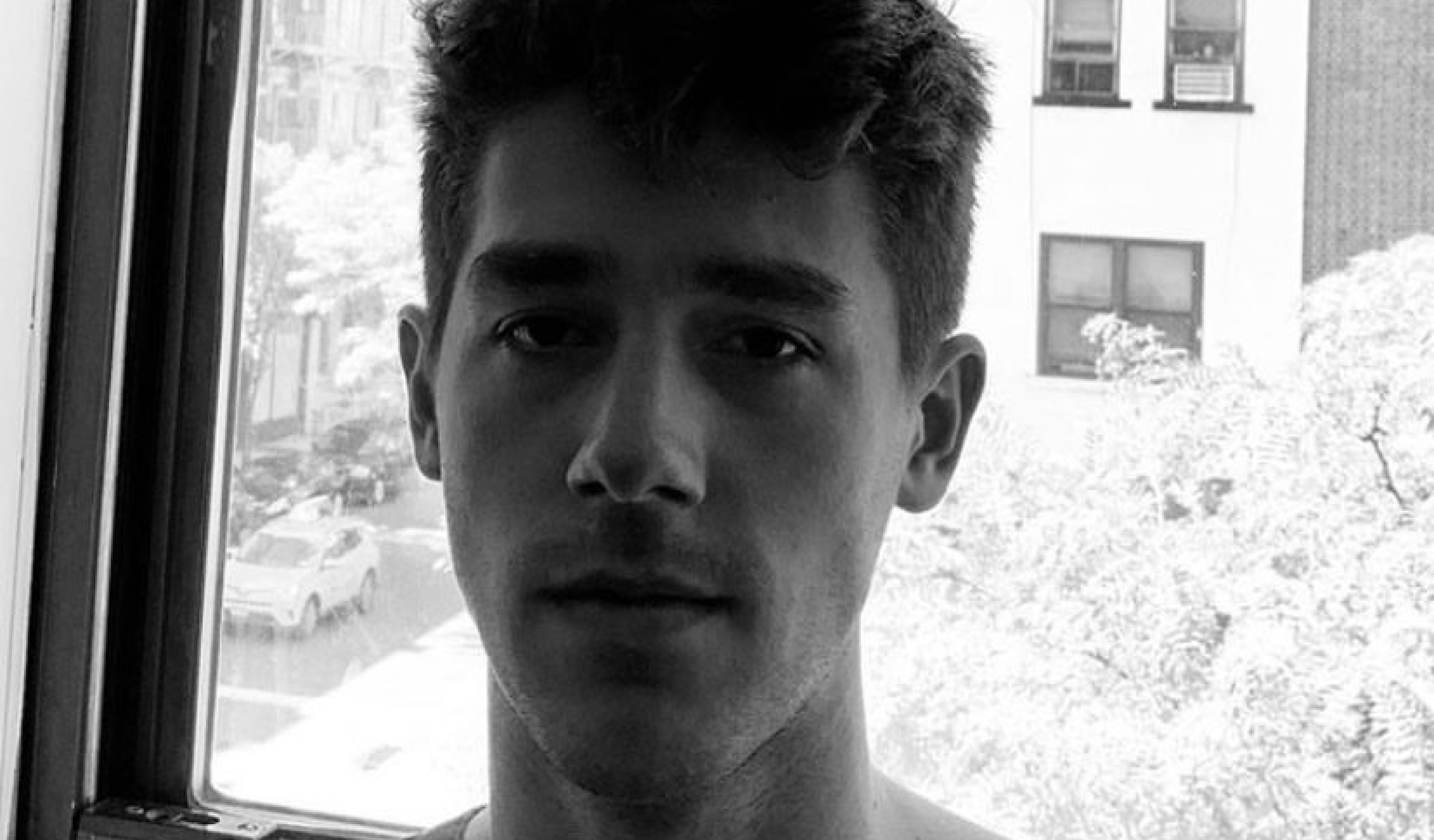 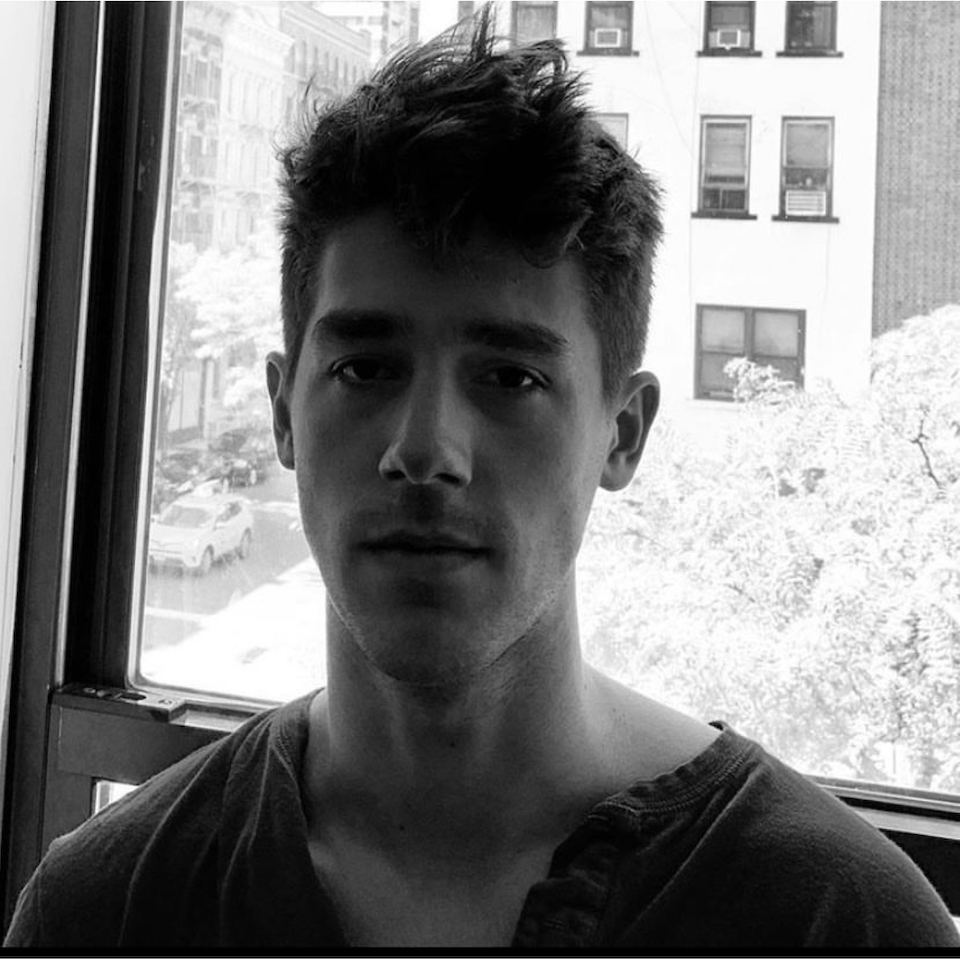 Some artists tumble into music as naturally as breathing, some grow into it after years of grinding practice, some get thrust into it after a cataclysmic life event makes music their only means of coping.

And then there’s Vincent Lima, all three, at once a born and bred musician, and an accidental one, who started writing music at seven, but only recorded his first song and shared it with others as a college senior, after a close friend died of a drug overdose.

Regardless, Lima’s avid fans, who boosted his powerful ballad, “The Winter,” to the final round of Quadio’s March Madness, would tell you music is Lima’s destiny.

Lima himself may beg to differ, or maybe not. The recent Wesleyan grad works 80-hour weeks on Wall Street these days, balanced at the precipice of a decision. “When I look in the mirror, I see a musician,” Lima told Quadio during a recent video call to New Jersey, where he’s staying inside at his parent’s house. “But…”

He fills in the blanks, and then some, in the conversation below.‍

We heard from a friend of yours that you used to break into the music building at Wesleyan at night to practice piano. ‍

Hah, yeah. And when the security guards would walk by -- I knew their schedules -- I would have to huddle in the corner, to hide. I did the same thing in high school too, actually, at St. Paul’s. I used to climb a tree and break in through a little window, so that I would actually kind of tumble into the room so I could play all night.‍

It’s very cool and everything, but why not just practice during regular hours?‍

First of all, I was really, really busy during the day with school and hockey. I just didn’t have the time. But second, it was just very personal and emotional to me to be doing it that way. I just needed to feel like I was there alone; it was just me and just the piano.‍

Was your music kind of a secret from the world?‍

I sometimes joke that my life is like the plot of High School Musical, except no one was rooting against me because no one knew. My family was very supportive. There were no societal factors working against me. It was more like I just didn't tell anyone.

I mean, my music wasn’t entirely a hidden thing. When I was in second grade, I was with my parents at a party and there was a band, and I went up to this guy and I was like, "Can I just touch your guitar?" He said ok, and I just strummed. And I was like, "Oh my God, I need to learn this." I got my parents to buy me this little acoustic guitar right after, and I taught myself, and I was immediately writing original songs, lots of songs, in this little book. That was a weird thing.

I think from that time, I was like, "Okay, I'm a musician now." I would listen to songs by Billy Joel, and Dylan, and Eric Clapton on the bus ride to school and stare out the window and pretend I was the one that was singing the songs and looking out at the audience. And I was like, "This is my thing now. This is what I want to do."

In middle school, I forced a lot of bands on my friends, and we would just, whatever, play my songs, these angsty teen rock songs. It was just a whole bunch of noise.‍

Somewhere along the way, you obviously got a lot better.‍

So that's actually when the story gets a little bit more interesting. In high school, I met this kid  who had a spectacular singing voice. Back then, I never sang. And this kid got to the mic and sang, and I was like, "Oh my God, dude. Your voice is insane. You and I are now doing a thing here." And so we got together and played a cover of “Apologize” by One Republic for the school. I did this finger picking, kind of slapping guitar thing that made the song a little bit more unique. He had this crazy falsetto voice. No one had any idea we played music and we just blew everyone away. It was spectacular.

But this kid -- he was a year older than I was, and when he graduated, I'm like, "What do I do now?" Then one day, I was sitting in a room with another kid, and he played a cover of “Welcome Home, Son” by Radical Face on the piano. And I was blown away. It was the first I  ever really heard the piano. I mean, I'd heard the piano, but never that intimately. And I was like, "Okay. I need to learn the piano now."‍

So you started breaking into music building, taught yourself piano, and then what?‍

I finished high school, went to college, and it was life as normal, in a lot of ways. Classes, hockey. A lot of my friends were going into finance. It seemed like it was the best way to go for me too. With finance, you sacrifice two years of your life and it sucks, but then you can kind of write your own ticket. And so I worked my ass off my sophomore year, and I got an internship at a bank, and I worked my ass off there, and I got a job offer at the end of it, and I accepted.

I honestly will credit the internship a little bit with what happened to me and music, because I was working in an office 100 hours a week and I had no time to do anything. I had my acoustic guitar in this terrible little apartment under the Queensboro Bridge, and I never slept.

It was a terrible summer; I just kind of felt very suppressed, and one night, I just was so frustrated, I called a studio. And I was like, "Hey, do you guys just let random people come to your studio?" And they said, "Uh, yeah, obviously, but only if you pay us money." And so I said, "Okay, great. I’ll come to your studio for a couple hours and let's just see what happens."‍

Did you have a song ready?‍

Yes and no. I just had this topic that I had written many songs about, none of them I wanted to record, but I just knew I had to write something. I ended up writing “August” at 4:00 in the morning basically the night before I got there. ‍

“August” is about a friend of yours who died -- a very close friend, from sixth grade, right?‍

Yeah, we’d been close growing up, then in high school, he had to go away for a while to get better, and he’d found sobriety, which was great, a happy ending, and after he came back, we had just really reconnected, doing everything together, spending every day together. Fast forward two years, and I woke up one morning and I had thirty missed calls, and all these messages.

His funeral was...hard. I spoke at it. I told a lot of funny stories; I think people needed to hear the positive memories too, but it was also just really dark.

I think his death -- it was the triggering event for me musically, where the piano was suddenly not this very interesting instrument, it was the place that I had to go to deal with things that were going on. When I finally released August, which was both a song I wrote in ten minutes but also the product of years of deep reflection on death and life. The most important part of my story as a musician is that one singular day, my friend passed, and then the two years after it, life felt numb and music was the only place I could feel things. Suddenly, music was a place to go to try and understand life.  August wrote itself because it was the first out of 100 songs I'd written that finally felt like it was in the "understanding" phase of grief, as opposed to "sadness" or "anger." I was ready to tell people how I felt because I myself understood.

Afterward, knowing that the song was a lot, maybe even too much to release, I showed it to my friend’s family and his mother told me, "You have to put this song out. People need to hear this." ‍

Did the reaction on Spotify surprise you?‍

I didn't market it, I didn't do anything. I literally put it out, did one Instagram post and that was it. And enough people shared it where it was picked up by whatever Spotify's Discover Weekly algorithm is. And in the second week or something, suddenly the play count doubled. And I was like, "What is happening?"

But I also knew the song was touching people because I started getting messages from people I didn't know that were like, "Hey, I've just lost a parent, I lost a friend, I lost a pet, and this song helped me a lot getting through that."‍

Let’s talk about “The Winter” before we run out of questions. It’s about finding love while the world is falling apart. Is it about the pandemic mess we’re in right now?‍

No, I wrote it in December. I was sitting at work at 3:00 in the morning, and I had that heavy thought that everyone has from time to time, “Does anything have any meaning?” Because things change, you know, things fall apart. Life too often feels like it’s just time between shitty things happening. And then I thought, yeah, but each time those shitty things inevitably happen, it becomes more and more important to have someone to go through life with, someone who you can still feel some sense of completeness with, and look at directly in the eyes and say, "Hey, we're in this together. Maybe we're not going to be as complete as we were before this all happened, but we're going to get through it." And so that was the feeling that I wrote the song about.

The song took me 20 or 30 minutes to record completely. I went to the studio, and I turned off all the lights. It was a big room with a piano and the mic. And right as I'm about to start singing, it starts blizzarding out, and I felt the feeling that I felt when I wrote the song. And I sang it all the way through. I was crying at the end of it. Like, a lot of things were felt.

It’s kind of hard to believe you’re not sure you should be a musician.‍

Something's going to break, for sure. Music is always going to be the most important thing to me. Whether or not it's a hobby, I don't know. I would like it to be something that I could support myself with, so I can just see what happens. I should probably keep doing this. I have a lot more to say.