She sang for billions at 14. Right now, an audience of one is OK. 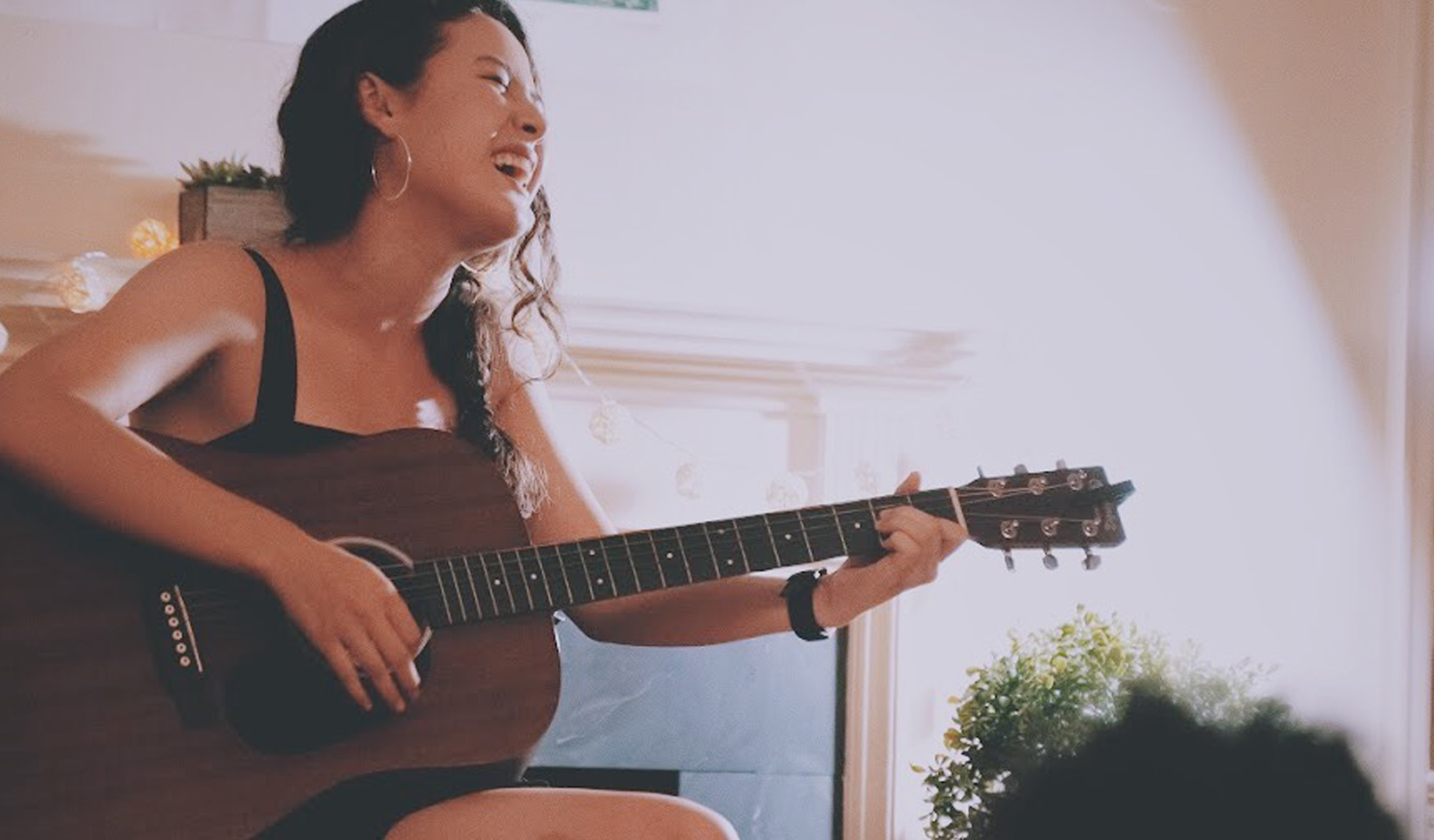 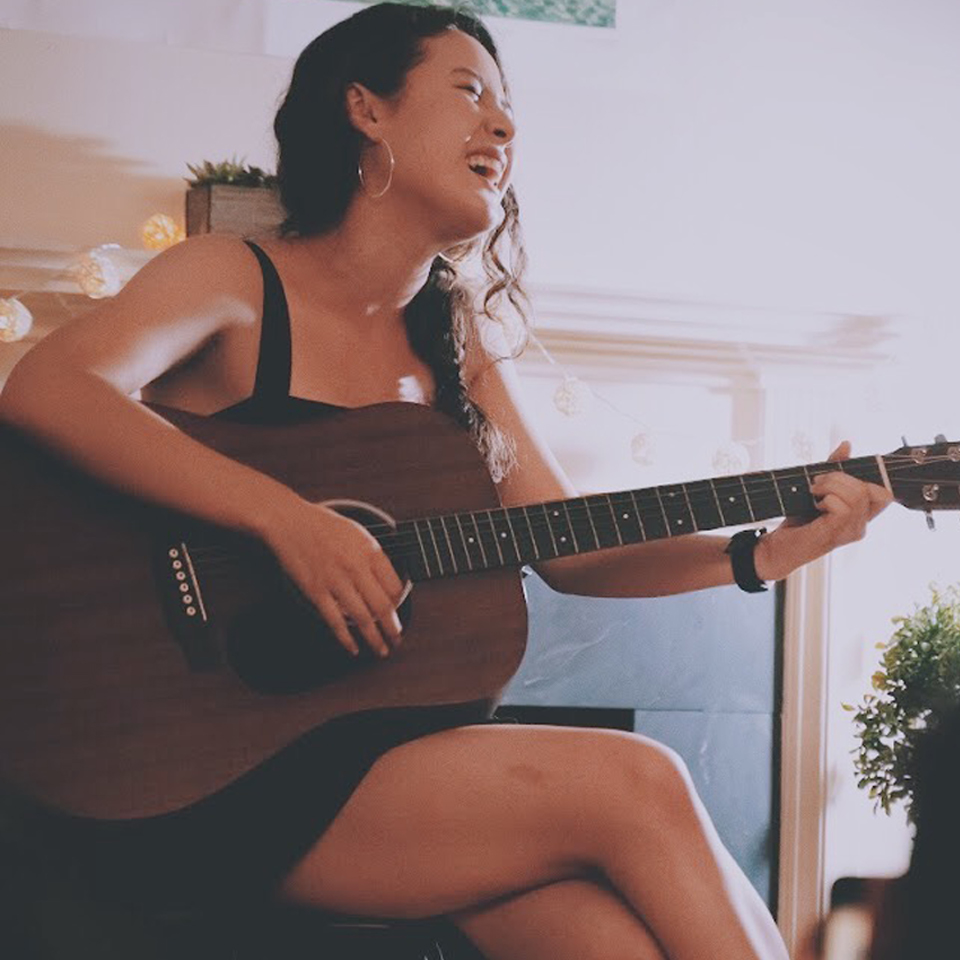 Picture the American Idol stage. Now, instead of a self-assured, crowd favorite like Kelly Clarkson or Carrie Underwood front and center, picture a 14-year-old girl from a foreign country, singing in a language that isn’t her first tongue. That’s how Emili’s journey starts. But it isn’t where it ends.

Emili’s story spans two continents, and in a way, two different identities. She grew up in Princeton, New Jersey, a child of immigrants, and fell in love with singing at age 9, thanks to a new Dell computer and YouTube videos of Disney songs. During one of her family’s annual summer trips to China, she auditioned for Chinese Idol. She ended up taking home third place, and followed that up by competing on two more Chinese reality shows, building a large, avid fan base along the way. “I just did not stop,” she recalls of that frantic time. But Emili, now a rising junior studying cognitive science at Yale, would tell you it took returning home to America to find her true voice, which you can hear, in all its raw intimacy, on her latest single, When.

Quadio spoke to Emili about her life journeys, professional and emotional, in a recent video chat from her home in Princeton, where she’s quarantining with her parents.‍

Born and bred in New Jersey, but you ended up on Chinese Idol. What again?‍

I’ve had a very blended life. My parents have always felt like it’s important for me and my siblings to know the language and know the culture, and my grandparents live in China, so ever since I was young, I’ve always gone back and forth to China.

For Chinese Idol, you don’t actually have to be a citizen to compete. You just have to speak the language, and be able to sing in both languages. In the Chinese music industry, there’s a lot of music that’s popular that’s English, so it’s very bilingual. There were a lot of Malaysians competing, for instance, and there were some people from Singapore, some people from Thailand, and a few Americans.‍

So, was going on Chinese Idol always a dream of yours, or were you just always musical and ...serendipity? ‍

When I was younger I played violin and piano, I think just because that’s what immigrant children do. Pretty soon after that, I started taking singing lessons with a Chinese teacher, so I actually started out performing a lot of Chinese music at Chinese-American centers in New Jersey and New York. Eventually I competed in this small, televised singing competition in China, and a teacher there saw a lot of potential in me, so he was like, “Oh, you should do The Voice in China, we should get you on all these things.” I was 14 and The Voice had a strict age limit, so then another director from Chinese Idol looked at my material and was like, “Oh, you can come to us.”‍

Pretty much. I told my school that I had gotten through the first round, and they were like, “You have to decide -- the whole year off or not at all.” My parents were surprisingly supportive. They felt like it was an opportunity that was so unique that it was worth taking a year off for. ‍

So basically you were a middle-schooler competing in front of billions of people. Where was your head at?‍

In the beginning I felt, “Oh my God, this is so exciting, all these new things are happening, I never would have imagined this!” But by the time I was in the Top 30 finalists on the show, I was way too stressed out for a 14 year old.

I think the issue with the whole experience was that because I was so young, I didn’t have an understanding of who I wanted to be as an artist and what type of music I wanted to be performing. I just was completely moldable, so the directors were like, “Oh, you’re going to do this, and you’re going to sing this…” and sometimes I didn’t really like what I was singing, which were a lot of happy-go-lucky, running-around-the-stage type of songs.

By the end of it, I felt a lot of pressure to win, and after 15 or 20 rounds of competition, I felt like I didn’t sing a single song that I wanted to sing. That was exhausting.

Is that why you stayed in China?‍

Most contracts for performers in China are at least five to 10 years. There were a lot of companies approaching me and asking for that kind of commitment, but I just knew I wanted to go back to high school. I was not ready to seriously pursue a career at that age. I definitely needed to develop myself -- who I was as a person, and who I was musically.

Looking back on it, if I stayed, I'm sure that I would have done even cooler things, and who knows where I would be right now. But I do think that I’m a better adjusted, more balanced person because I'm here.‍

How was reentry to a world where you weren’t a celebrity? Hard, easy?‍

It was...a relief. I remember I had a solo concert, and it was a very small, two-hour performance of all the songs that I wanted to sing that I never got to sing, and that brought me back to, “Hey, hello! I do genuinely enjoy this.” I also dove right back into musical theater, because I missed it so much. And when I was 16, I went to a songwriting workshop at Berklee [School of Music]. I had to force myself to write. The perfectionist inside me would write a verse and a chorus and then I’d be like, “Oh, it’s so good, I don’t want to finish it because if I finish it, I’ll ruin it.” I think after two years of writing, when I got to college, I was like, “My goal now isn’t to write perfect songs, it’s just to have something to present to people.” And that was a very big thing to understand.‍

You’re majoring in Cognitive Science. What’s up with that?‍

I wanted the traditional college experience. I still spend most of my time doing music, but I take tons of different classes. I have people around me who have all these different interests. And that inspires a different side of me, that keeps me very grounded and interested in the rest of the world, and I think that’s a really important part of who I am.‍

Tell us about When. It’s very much a quarantine song, right?‍

Yeah, I wrote it April 1st. I was like, “This is going to go out,” even though it was very raw and acoustic. Like I said, I struggle with perfectionism, but the reality of what was happening in the world made me feel a serious urge to release it. ‍

That’s always a question for myself. I still go back to China and meet with directors and producers, and I released two singles there a few years ago. I definitely have more connections there and it would certainly be more of a jumping off point. Pursuing a career in China has also strangely always felt more in my comfort zone. Growing up as a Chinese-American, I didn’t have a lot of role models in the music industry who looked like me in America. It’s always seemed more plausible to “succeed” in the Chinese entertainment industry.

However, I’ve tried really hard to stop my fears from stopping me from pursuing my dreams. At the end of the day, I want to live in America. I’m coming out with a few songs here in the next couple of months. Also, I write in English, and even if I release music in English in China and it might get more streams there, there’s going to be more people here who really connect to the lyrics and understand what I’m trying to say.

Wherever the opportunity is, I want to be open to it. I’m still connecting with China, still making music here, and just being open to whatever comes my way.