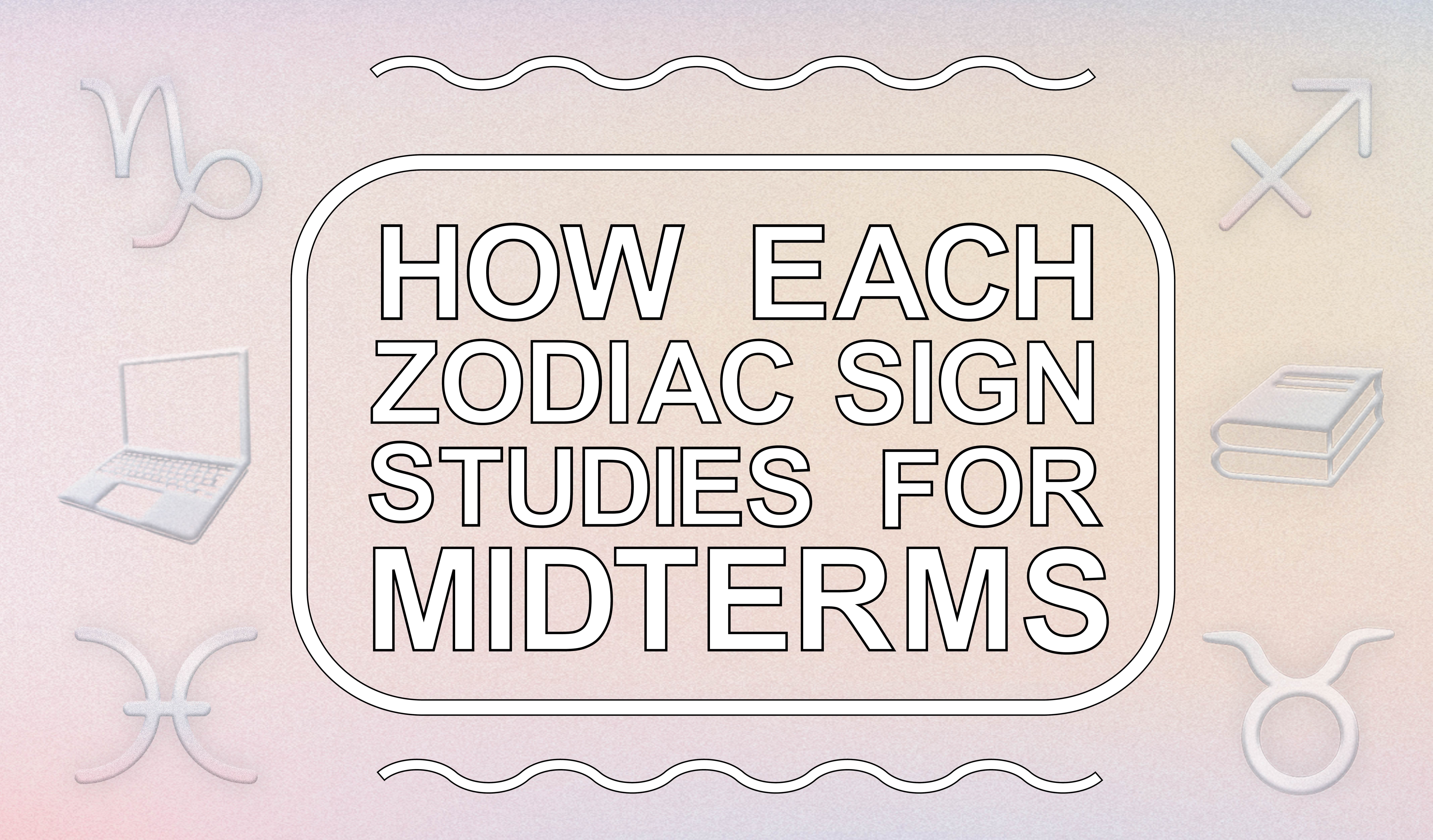 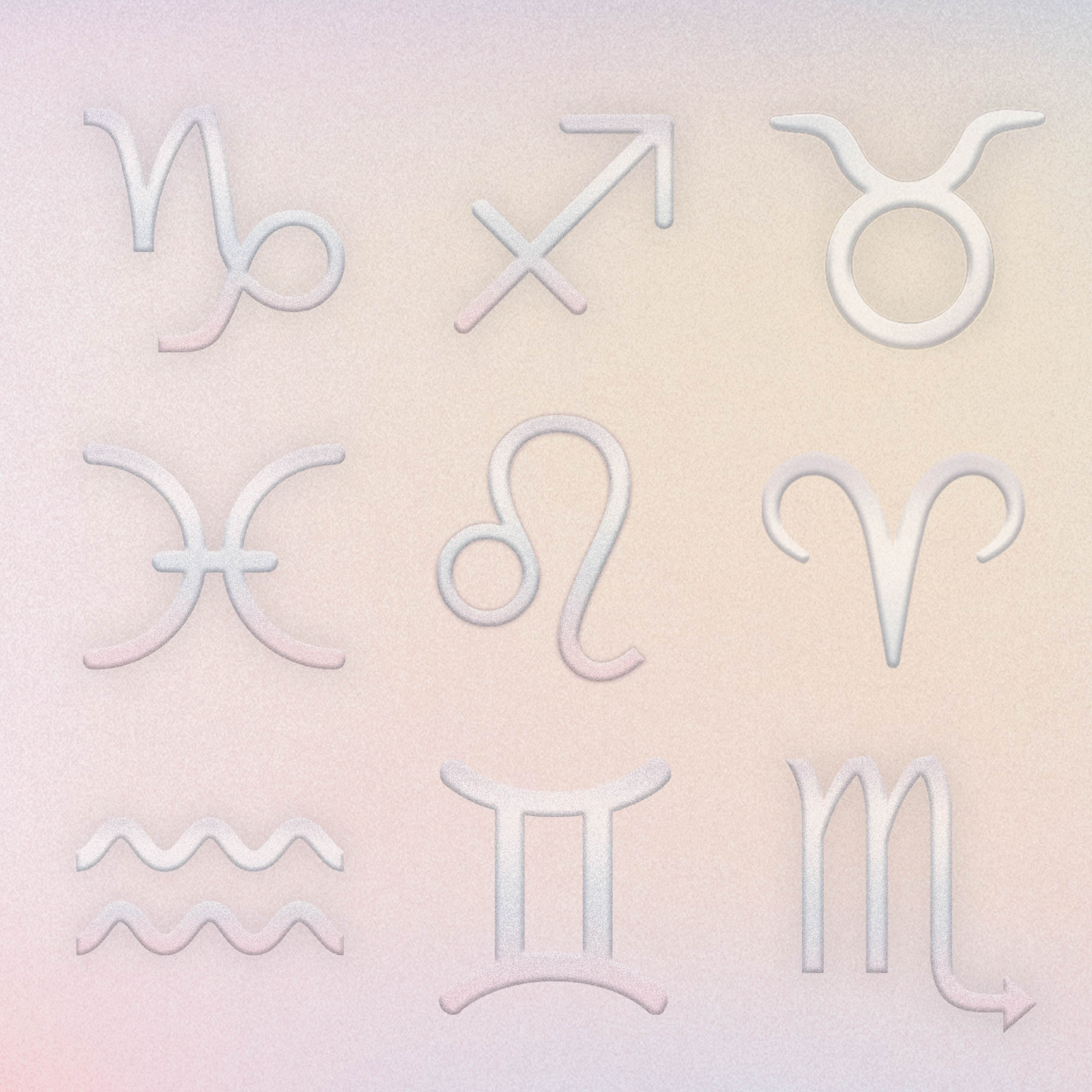 Nobody wants midterms to happen, and yet every semester, despite this collective opinion of college kids everywhere, they seem to… still happen. Damn! It turns out you cannot manifest midterms being canceled, voided, or astral projected into nothingness.

Depending on your Zodiac sign, you may prepare (or not prepare) for midterms in different ways. We’ve broken it down for you, so you can rest easy when your Virgo friend is in the library strategizing 10 hours a day — they’re okay, they’re just a Virgo. ‍

For an Aries, everything is a competition. Ambition stokes their flame, so studying is something an Aries will tackle head-on, whether they have study buddies in tow or not. They may brag about how much work they’ve gotten done on their Instagram story, but it makes sense — they legitimately have gotten a lot done. ‍

A Taurus needs to be distraction-free, so studying in the comfort of their own space is vital. They’ll light some candles, put on a lo-fi playlist and go at their own pace. Don’t rush, please!‍

Extroverted Geminis are going to make a beeline for the chattiest corner of the library; or, they might skip the library altogether, opting to study (AKA make friends) study in the student center, cafe, or maybe even the middle of a house party. For a Gemini, studying = studying + new friends. ‍

Cancers love security, and they love feeling at-home; don’t be shocked if they have the focus needed to simply get all of their studying and writing done from their bed. If you’re easily distracted and dread studying, pair up with a Cancer and you’ll be amazed with how much you get done!‍

Leos, the stars of the show, post up in the central area of the library, and they’ll only stay as long as the library is nearly full. When they feel someone’s eyes on them, they purposefully open up their Spotify to show that they’re listening to an artist who makes them look hot and cool. (They’re probably listening to Doja Cat, which automatically does make them both hot and cool.)‍

Unsurprisingly, Virgos are going to spend an entire day mapping out their study strategy, making lists, and scheduling reminders before they even begin the actual act of studying. It’s all about order and process! Don’t worry, there's a method to the madness — they’ll make sure that breaks for socializing, snacks and fresh air are slotted into their agenda.‍

Libras are conflict-averse, and they like to be helpful. You’ll find Libras in small study groups with people they genuinely care about, tucked away in a nook of the library or student center and ready to assist anyone who might be hitting a study wall. ‍

Scorpios want to be in the thick of things, and they might claim a big table in the middle of the library — just don’t take offense when they put their belongings on all the other chairs at the table. It’s not personal, they’re just independent!‍

A Sagittarius is just here to have fun, and studying might not fall under their definition of ‘fun.’ If they do end up deciding to prepare for midterms, they’ll probably do it in groups — they’re bored easily, so a Sagittarius study session might last minutes, not hours. ‍

Ever the sensible of the bunch, Capricorns started studying days before anyone else even realized exams were coming up. They take breaks when they need to, remove distractions when it’s time to focus… it all just makes sense. One thing they’re NOT gonna be during midterm season is anxious.‍

An Aquarius isn’t going to go with the flow. They’re just not built that way! An Aquarius might spend more time strategizing how to get their crush to fall in love with them than actually studying, at first. And when they do get around to studying, it’ll be in their own, unique, unconventional way. ‍

Pisces will probably end up spending three times as long as necessary in the library studying — that’s because for every 30 minutes of studying, there’s an hour of romanticizing the sunset through the window, fixating on the lyrics of whatever song they’re listening to or yearning for the Tinder match that ghosted them last semester. Tears may be spilled, but moods pass — all will be well!