How to build (or be) a popstar. 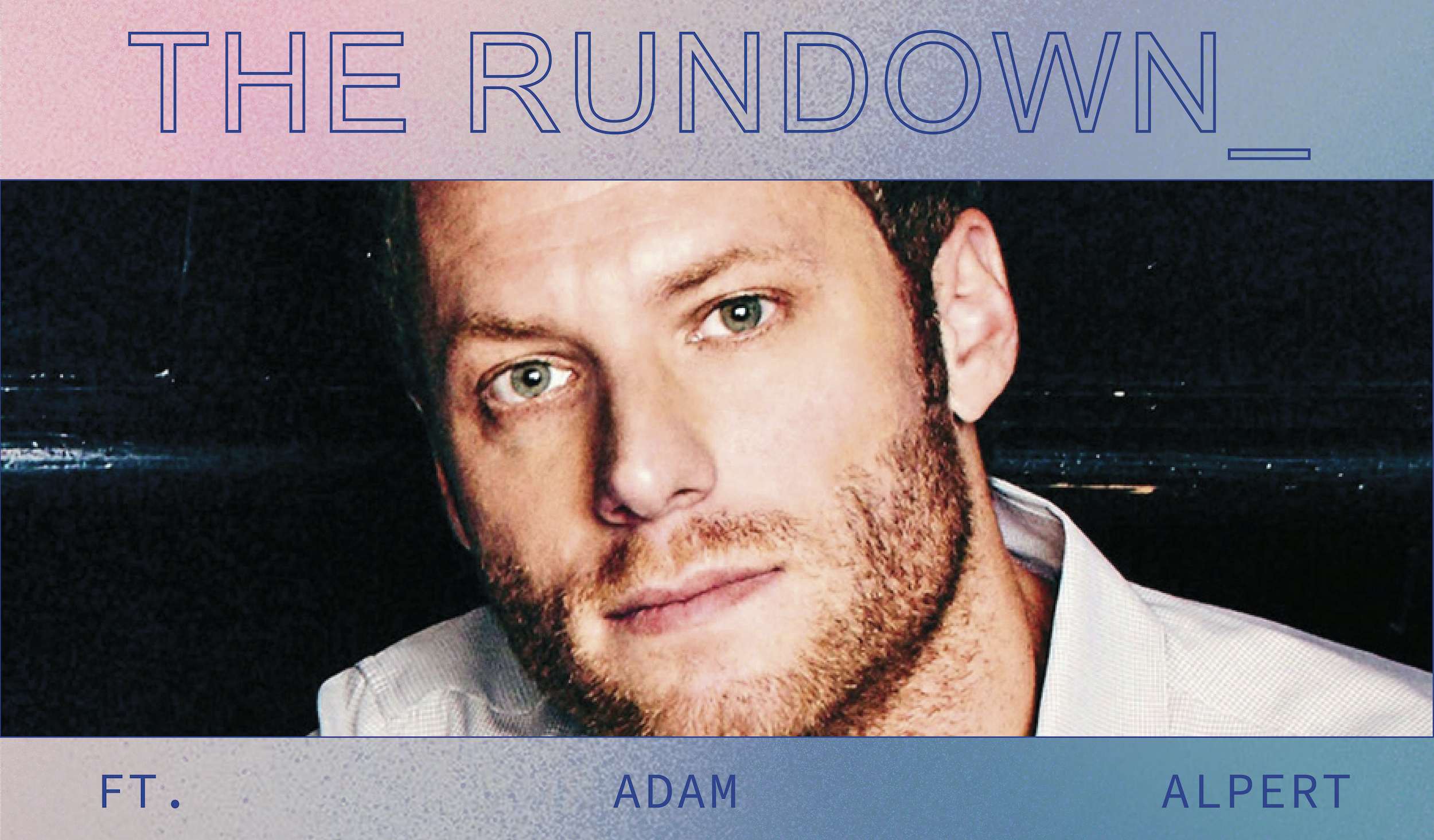 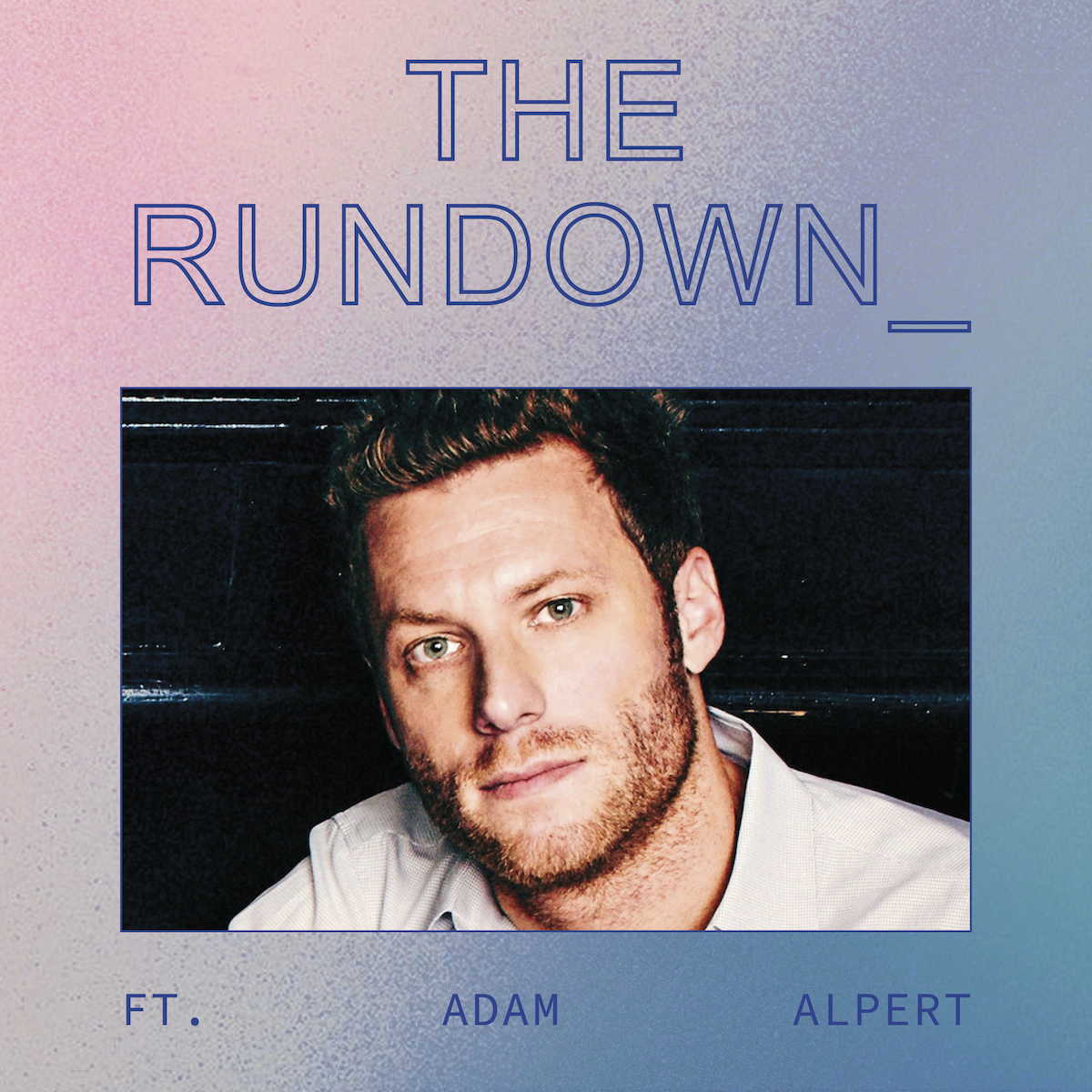 It’s funny now to recall the way The Chainsmokers started -- as the guys whose novelty song, an uber-catchy single that went viral in 2013, had all the potential in the world to become a one-hit-wonder. Instead, the group has become arguably the biggest duo in dance music. They’ve won a Grammy, garnered tens of million monthly listeners on Spotify, and have collaborated with the likes of Coldplay and Halsey. Oh, and their song “Closer” was certified 12-times platinum, only the fifth time that’s happened in history.

The manager behind the band’s meteoric rise? None other than the guest of Quadio’s latest Profesh Sesh: Adam Alpert. And the title “manager” hardly does him justice. Adam is the CEO of Disruptor Records, the Sony Music label that is home to hitmakers and up-and-comers alike: The Chainsmokers, of course, as well as GASHI, Dove Cameron, Ritt Momney and Christian French. Disruptor also joined forces with Quadio Records earlier this year, for the international distribution of its rising-star artists.

“We were thrilled to have Adam be our featured guest because he has long displayed a deep passion for the college market and for emerging talent, which fits our core ethos,” explained Quadio Records exec Abir Hossain, who moderated the session. “It’s why he’s been such a valuable partner for us, from events like the Profesh Sesh to our partnership with Disruptor Records.”

The hour-long conversation, attended by a crowd of college creatives from DJs to managers to budding pop stars, covered Adam’s career, as well as the true challenges of becoming an artist or manager, along with no-BS advice about record labels and personal branding. Below, four of our favorite take-aways:‍

Truth Bomb #1: If you’re not paying attention to trends, you might miss your true calling. It’s hard to believe, but music wasn’t in Adam’s original plan. He was pre-med at UPenn, eventually realized he was more passionate about hospitality, got his foot in the door through the world of nightclubs, and ended up running hospitality powerhouse The Butter Group for eight years. But his career in music “began with an ‘a-ha’ moment,” as he recalled. “It was a culmination of a few things. One was that dance music was becoming more popular and spilling over from Europe. The other was that social media was starting to blow up and local DJs were starting to have followings of their own because of Facebook. And the third was that DJ AM, who was one of the biggest DJs at the time, started dating Nicole Richie and was on the cover of Us Weekly. And when I saw that, that’s when I knew that the DJ could be the new rock star. So I decided to start a DJ management company on the side, and I signed the ten best DJs in New York to management.” The rest is history.‍

Truth Bomb #2: That coveted music industry job you want so badly to break into the business? There’s a better way. When making your way in the music industry, the most obvious path isn’t necessarily the right one anymore. “I think the most common way people think about it is, ‘Try and get a job at a label, or try and get a job at Apple or Spotify, one of those companies,’” Adam said. “But almost all of the people I know that became successful in the music industry started at the bottom and found an artist that they were passionate about and grew with that artist from zero. The same way I did with The Chainsmokers.

That would be my suggestion: scour the Internet, listen to everything, talk to people, call people, and find an artist that you want to build with that you think you can add value to, someone who’s not a star. So many of the artists that I look to sign now, when I ask how the manager and the artist met, it’s, ‘I saw them on SoundCloud, or I messaged them, and now I’m managing them.’”

The same goes for trying to break through as an artist. What might look like the clearest route isn’t always the best one. Young artists often get noticed by remixing popular songs, or doing covers of popular songs. “Those are both great options,” Adam said. “But nothing supersedes being the artist you want to be and making the art you want to make. If you write a song and you want it to be out there, then put it out. Don’t not put it out because it’s some strategy thing that some record label guy said. We just go by what we’ve seen work and what we’ve had success doing. But there are plenty of people that put out their own original music and fans find it, Spotify editors find it, blogs find it, and you build up a little thing and you never do a cover or remix ever. That can totally work.” ‍

Truth Bomb #3: Your team is everything. The people you surround yourself with will make or break you, so you better be sure they’re as special as you believe you are. For artists, Adam said, find a manager “who’s passionate about your project and understands your vision, because they are going to carry out that vision for you.” Also important? A lawyer. “Do not do a record deal without a lawyer,” Adam said. “Everyone really needs an entertainment lawyer that is well versed in the music business.” As for labels, Adam asserted it’s less about a big name like Interscope and more about the individuals themselves at the label. “You want to know that there’s this person in A&R and this person in marketing and this person in PR who love what you’re doing and are excited to work on you every day. Get to know who your team is going to be, and make sure that they understand what you’re trying to do.”

For managers: Your artist is your team, so again, they better be one-of-a-kind. “It sounds really horrible to say, but having a great voice and being a good writer and looking good are common things,” Adam said. “For me, it goes beyond that. The thing that I look for the most in artists is a point of view. You have to have something you want to say and not be afraid to say it. It can be about anything, but it should be a daily thing. If you think about it, the artists that are successful now -- Billie Eilish, Halsey -- they have a point of view.”‍

Truth Bomb #4: Grind, grind, grind, especially when it comes to making and keeping fans. So how did The Chainsmokers blow up so astronomically? “Well, the first thing was I made them play 250 shows a year, and they still play 250 shows a year,” Adam said, laughing. “But it was getting in front of people as much as physically possible, which, even if that meant two or three shows a night, they were doing it. I made them play every fraternity and every bar I could find that would take them. And now every person that was at one of those shows is a die-hard Chainsmokers fan for life.”

Another ingredient to their success was the groundwork that was laid very early on, Adam said, through hours upon hours of outreach. “Most people don't know this, but when we started, every time The Chainsmokers put out a remix, Alex would personally email a thousand blogs every single time, and he would write individual emails, catering to the writer of that blog. There was no copy and paste. There was no BCC. And those people all took notice of that, and they became the foundation for the core Chainsmokers fan.” Take that amount of care and direct it towards your fans, as well, Adam told the group. “Reach out to every person that finds you on Instagram and talk to them, and treat every fan like they’re your biggest fan. Even if you connect with five fans, those five fans can tell all their friends about you, and that they were at your shows when you only had five people at the show.”

For more on The Chainsmokers’ rise to stardom, check out this documentary.