Why the guy driving golf carts is important -- and so much more. 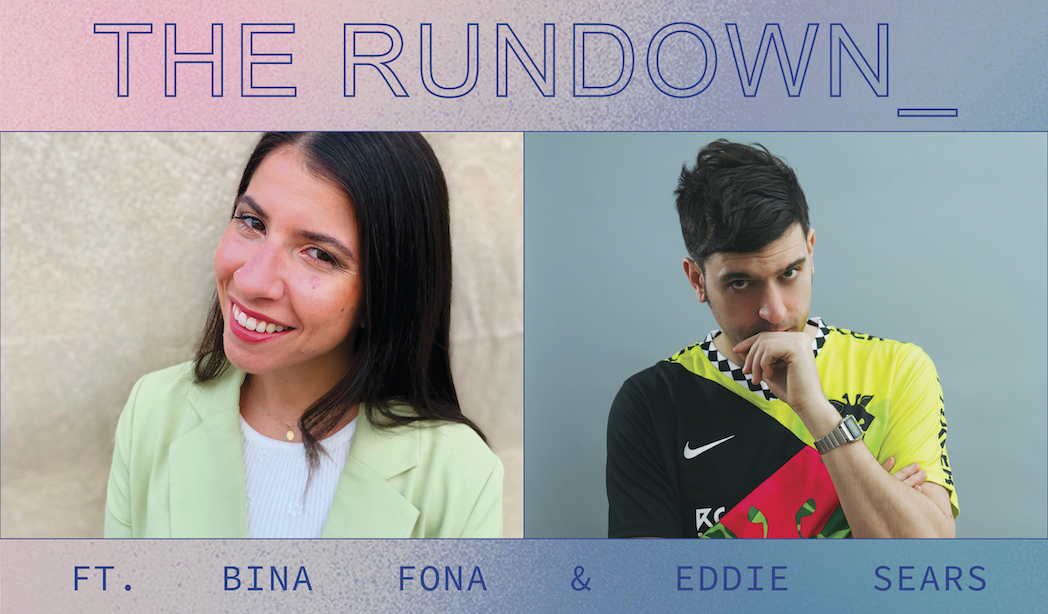 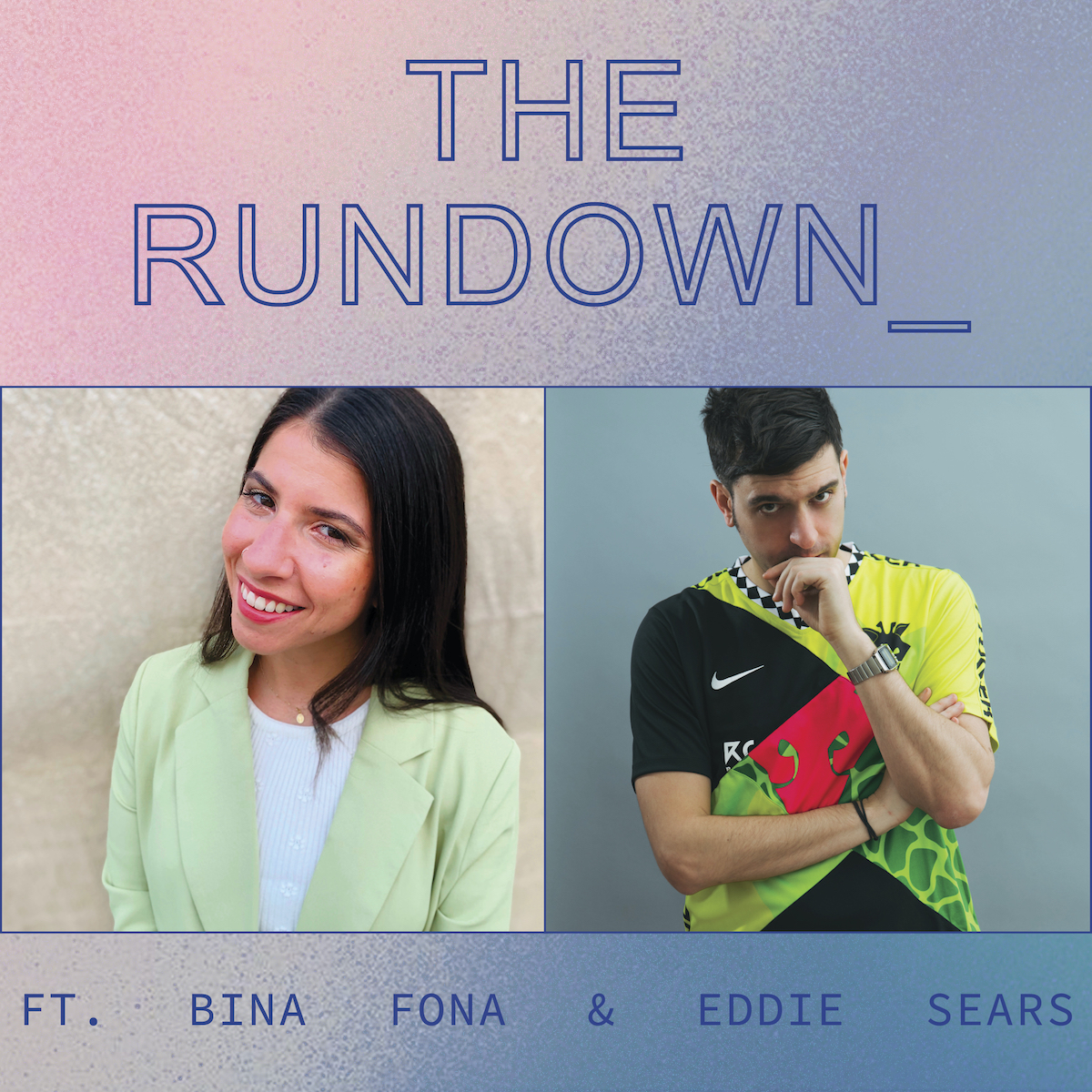 Is any name in electronic music more recognizable than Ultra? The worldwide music entity, which is home to giants of EDM like Steve Aoki, Kygo, and Benny Benassi, has won Grammys, produced concert films, received Diamond, Platinum, and Gold records worldwide, and of course, partnered with Ultra Music Festival to promote their uber-successful festivals every year.

So it probably comes as no surprise that Quadio was honored to have two of Ultra’s top execs grace our virtual Profesh Sesh stage last Wednesday: VP of Marketing Bina Fronda and Creative Director Eddie Sears.

“There’s so much talk out there about how to make it in the music space, but it’s hard to know what advice to trust because so much of it is just bloviating and second-hand hype,” said Quadio co-founder Joe Welch, who moderated the session. “To me, the value of an hour with Bina and Eddie is that their insights are pure gold. Tried, true, actionable, and totally real.”

The hour-long conversation, attended by a wide-ranging group of college creatives, from up-and-coming beat makers to music marketing hopefuls, covered topics from launching a career to personal branding for artists, along with the ins-and-outs of getting (and staying) creatively inspired. Below, four of the session’s most powerful take-aways: ‍

Truth Bomb #1: Relax -- you don’t have to know what you want to do with your life just yet. ‍

Neither Bina nor Eddie studied music or music business. “When I was in college, I was pursuing a career in photography. My path to music wasn’t a straight line,” said Bina. Though she always loved attending music festivals, she didn’t think about being a part of their creation and execution until after she graduated. “I started going to a lot more festivals towards the end of college, and then it was after I graduated that I was like, ‘Wait, how do I get involved in this?’”

Eddie attended design school in Milan and was on track to work at an ad agency. How his path eventually led to music? “I just said yes to everything, because everything meant an opportunity to grow. I learned experientially.” And anyway, he told the group, “How are you expected to know what you want to do when you’re 18 or 19?”‍

Truth Bomb #2: NSN. (Never stop networking.) It’s an imperative that comes up in all of Quadio’s Profesh Seshes: getting your foot in the door, industry gurus say, is just the beginning. After that, it’s all about connecting, and then even more importantly, nurturing those connections. After cold-emailing her way to an internship with Founders Entertainment, Bina says she “met artist relations people who offered me jobs at different types of events, and then before I knew it, I was freelancing in the Tri-state area.” And don’t just focus on A&R people. “You meet the guy driving the golf carts, who then winds up becoming a stage manager at Coachella. That’s actually one of my dear friends,” Bina told the audience. “You never know how those relationships might develop, or how both of you will develop in your careers, and how your journeys might align again. So you really need to nurture all of those connections.” And after all that networking lands you your dream job? Bina’s answer: “Keep networking.

‍Truth Bomb #3: Expose yourself -- to ideas, that is. Good ideas come from getting yourself out into the world, seeing a lot, and paying attention to what you see. “A lot of what we do -- a lot of the creative choices we make or even just ideas that come up -- are from meeting someone that said something interesting, or seeing a specific show, or seeing someone’s visuals,” Eddie told the group. “Look at what’s going on in the music industry, with artists that you like, with artists in other genres, what they’re doing, why they’re relevant -- it’s all about being observant.”

Bina concurred, adding, “If you’re content with where you are, you’re doing your job wrong, because creativity doesn’t stop. Eddie and I, our teams work really well together because we’re constantly brainstorming or sending each other random videos, being like, ‘This is amazing, maybe we can do this for a cover art or a lyric video or a social campaign down the line. Let’s figure out what we can do that’s influenced by this.’ Have those types of open dialogues with your co-creators, or even your friends, you’d be surprised. Even your parents, your dad tells you something that he did when he was in a band in the 70s and you’re like, ‘Wait, that’s actually really smart. Let me try it.’ Get inspiration from everything.” That way, she told the group, “the ideas continue to evolve, or spark from something else; things are constantly changing, and the only way you pick up on that is if you’re around to learn from other people and other artists.”‍

Truth Bomb #4: Your persona is your person. There’s a reason “be yourself” is an age-old piece of advice, and that’s because it works, the Ultra execs agreed. “Whatever your identity is as an artist, make sure it’s authentic, because people can sniff that out, and the internet can sniff that out,” Bina said. “And from a promotional standpoint, it makes things easier. If your identity is clear, then it becomes clear to the label in terms of how we’re going to promote your music. We work with so many artists that don’t understand that. If they don’t understand their own project, how are we supposed to understand how to promote it?”

Authenticity also means you have the power to emphasize the right things about yourself. “I always suggest concentrating on the music, which is a good start if you want to be a musician or a DJ or a producer. But in some cases, it could be your personality, or it could be you hopping from one genre to the other and doing something completely unexpected,” Eddie said. “If you think of Steve Aoki, you think of the personality. You think of someone jumping around the stage, throwing cakes, rafting, a number of activities that are way above or beyond what the musical side is. Focus on finding what that special thing is about you and then just cherish it and make it special. And the hack is that, not always the logo. You don’t need a cool logo. Be aware of what you have at your disposal and focus on what you’re strong at.”