Talking to the king of chart-topping collabs and the queen of success savvy. 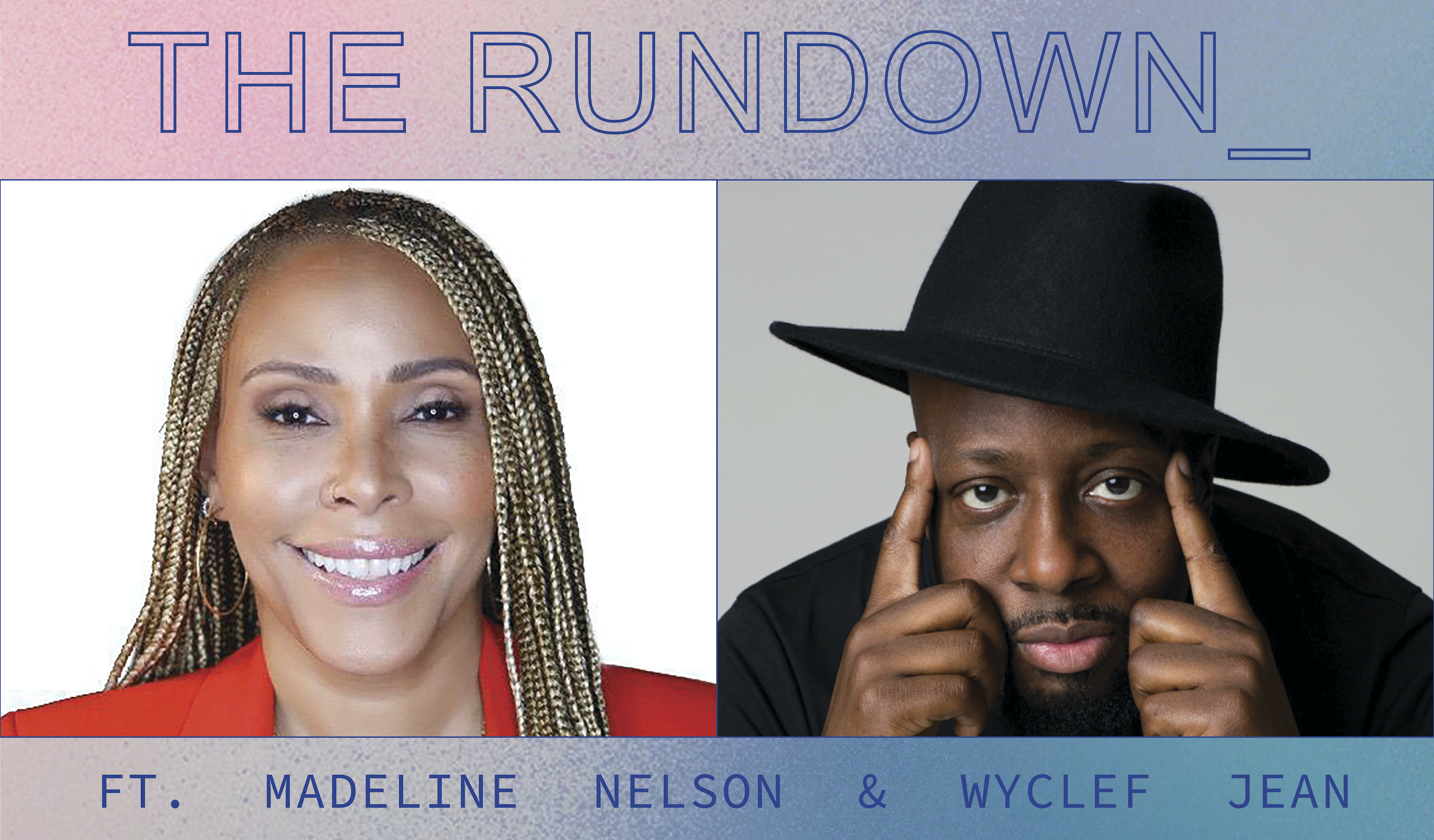 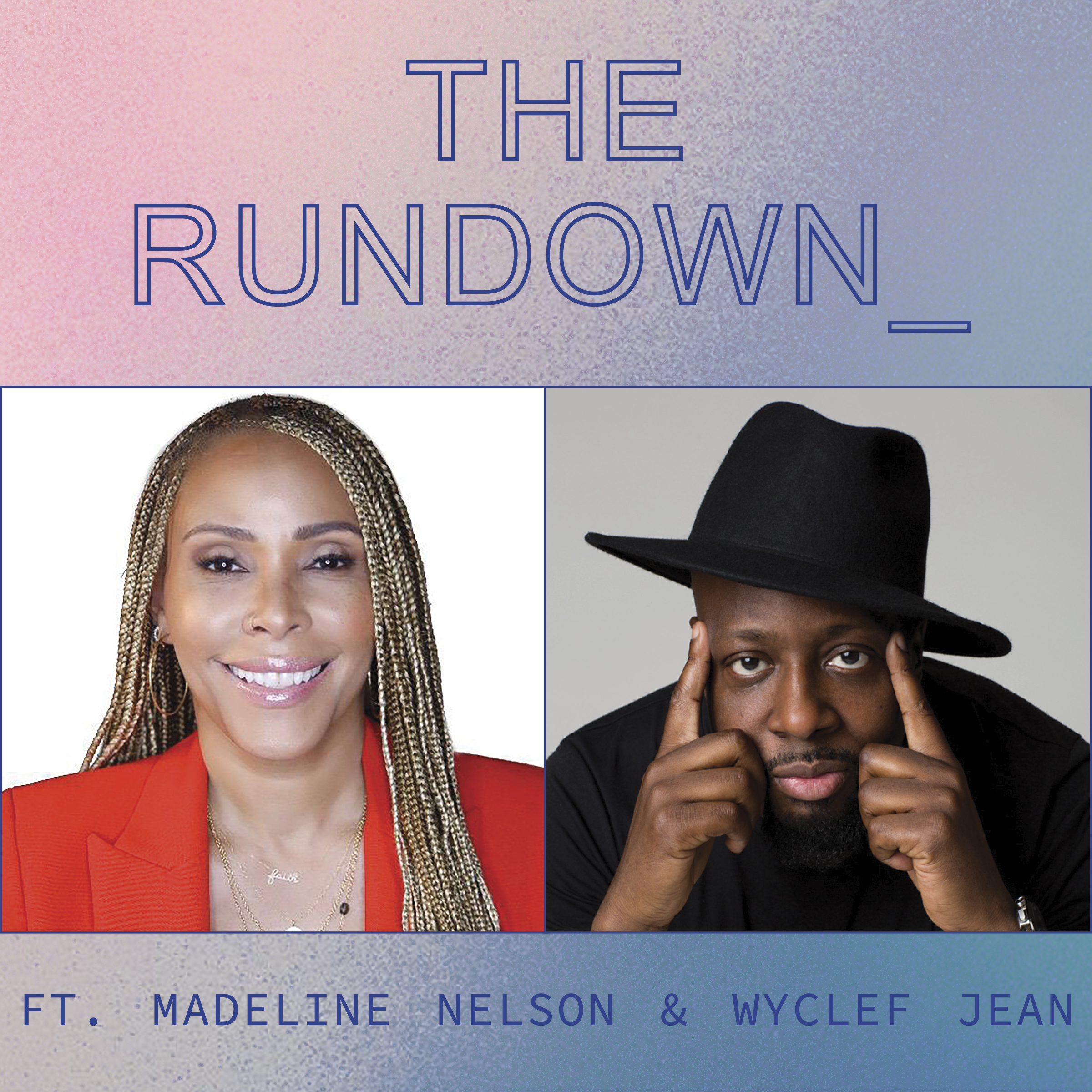 He’s such a music industry icon that Young Thug wrote a song named after him. She ran A&R at several major labels before launching her own. Put them together in a room and you get more bombs dropping than a video game. Truth bombs, that is.

Welcome to the mind-expanding learning experience that was Quadio’s recent “Profesh Sesh” with Grammy-winning pop legend Wyclef Jean and his manager, Madeline Nelson, whose career also includes stints working with Michael Jackson and J. Cole. Together, they currently make “Run That Back,” a podcast featuring artists they believe the world should be listening to.

How do you become one of those artists? That question was at the center of the digital Q&A forum organized by Quadio, a platform designed to champion the next generation of creatives. “We exist to help artists learn, grow, and succeed,” explained Quadio exec Abir Hossain, who moderated the session, “which was why we were so excited to get Wyclef and Maddie to share their wisdom.”

The wide-ranging 90-minute conversation, attended by an intimate crowd of college creatives who hope to make music or enter the industry, touched on everything from Wyclef’s early days playing to empty parking lots, to what Maddie describes as the secret to success that “nobody tells you.” Below, four of our favorite take-aways:

Truth Bomb #1: No one starts out big, so reset your head and put your ass in gear. “When you think about the Fugees, a group that’s sold over 20 million records, we were in the back of a little van going from store to store,” Wyclef recalled. “I remember -- could you imagine this? -- The Fugees at a Burger King parking lot, performing for five people. That’s how you start.”  Maddie added that artists have to be absolutely relentless in their pursuit of success. “There should be something that you are doing every single day that builds upon your craft,” she said. “That lets everyone working with you know that you’re really serious.”

Truth Bomb #2: Being serious only pays off if your music also happens to be great. Which maybe it isn’t. “In the end, it comes down to incredible music,” Maddie told the group. “People ask me all the time, ‘What do you need to market a hit?’ And the answer is very simply, you need a hit. Nobody ever gives you that answer, by the way. But it’s true. Amazing music is the starting point.” She also urged the group to be realistic about their talent.

“Understand this, because you think it is great does not mean that it is great. Test it in some real ways. Put it on SoundCloud, and see if people gravitate to it. Invite 20 people to a listening party, and then take their real feedback. Just remember, you might be creating for yourself, but if you want to put music out to the world, you can’t only listen for yourself.” Wyclef nailed this point closed with the observation, “I think you got two kinds of music, good music and bad music,” and making good music, he added, means never thinking you’re good enough.

Truth Bomb #3: When you’re looking for a manager, don’t look for a manager. Wyclef and Maddie began working together, they explained, almost by accident. He sought her out to talk about a piece of technology, and in return, she asked for his help putting together an indie label run solely by women. The rest, they agreed, was kismet. “What makes a great manager and artist relationship is that it doesn’t feel like an artist and manager relationship,” Wyclef said. “It just feels like a vibe.” Maddie elaborated: “It’s really more about energy and partnership, and feeling like you’re working with somebody who is an extension of you. Like a friend or family member.” ‍

Truth Bomb #4: You can leave college, but you can never stop learning. “I promise you, no matter how much you think you know coming out of college,” Maddie said, “there is 50 million times more that you don’t know.” She advised reading books about the business. [Her website also offers a guide to best practices.] She also counseled would-be managers to understand music law, promotion, and A&R. “If you really want to be a manager, if you really want to do right by an artist, then you are the one person that has to know and be able to actually do everybody’s job.”

The same expansive mindset goes for artists, Wyclef said. Among his mentors, he counts Bono and Avicii, but also his young nephews, who are always teaching him about new technologies. “Man, my whole thing,” he said, “is I’m forever a student.”