Our March Madness Champs have a secret in their dorm room. 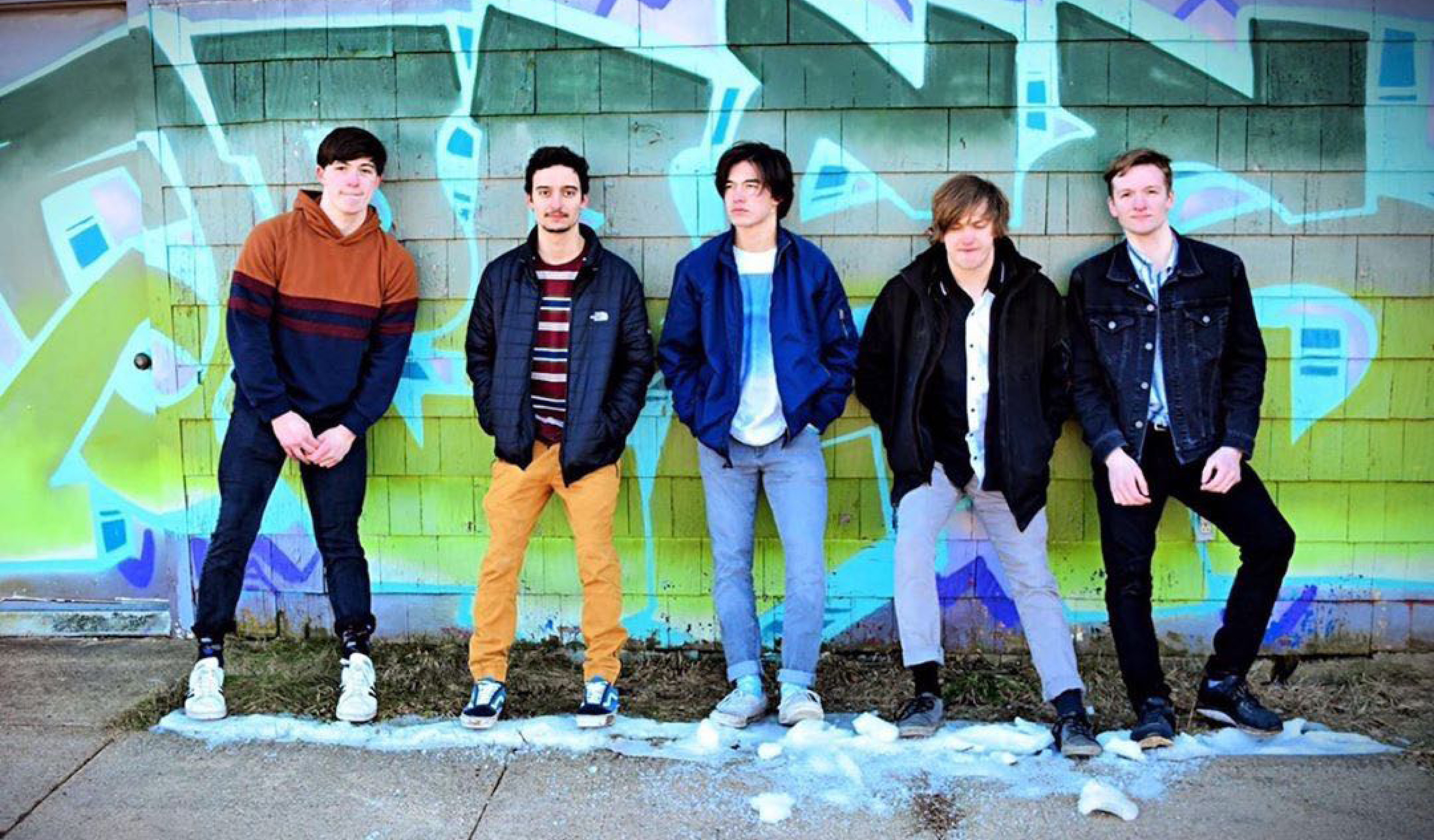 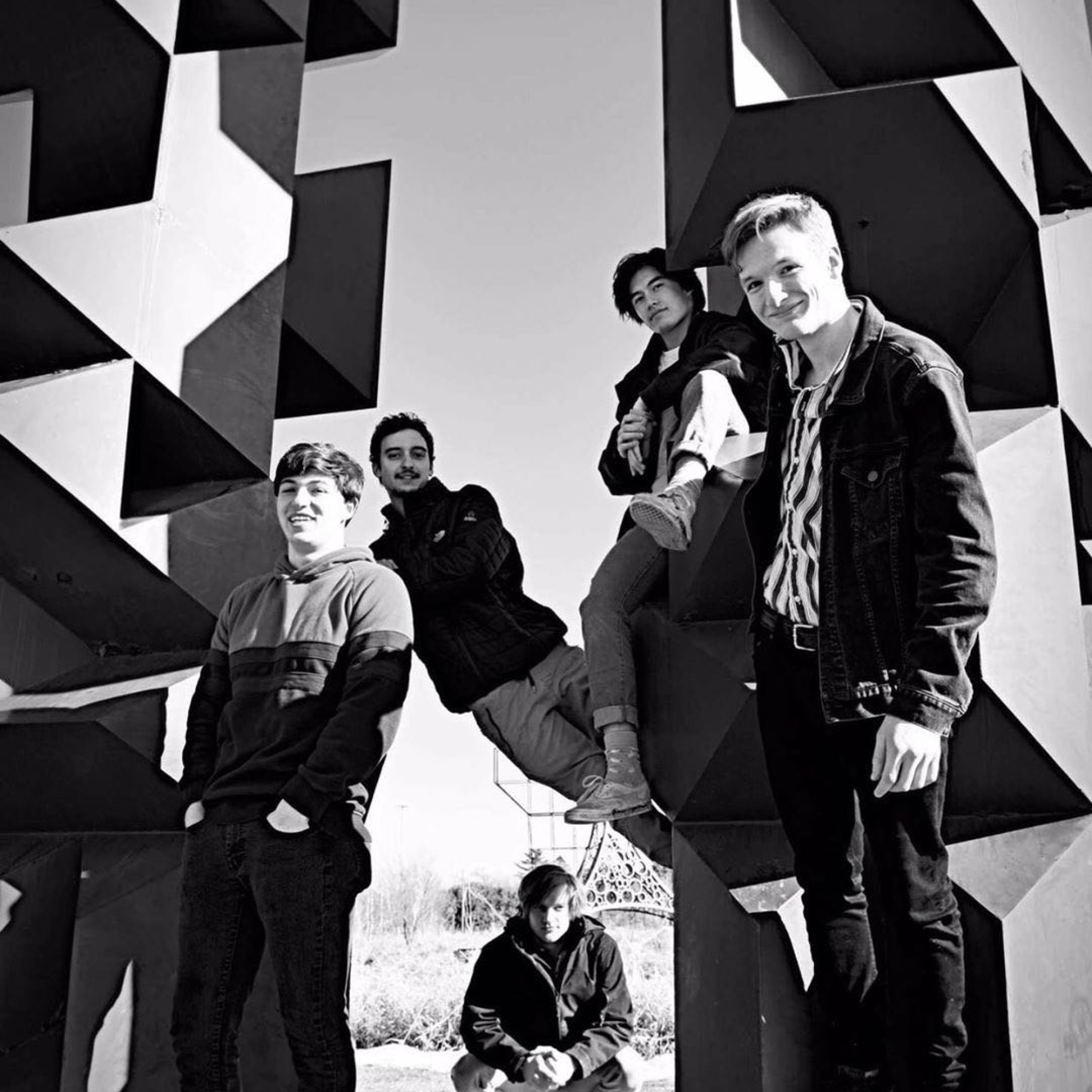 To hear the members of Silver Warehouse tell it, they arrived at University of North Dakota in 2018 thinking about careers ranging from aviation to medicine, but by sophomore year, they were mainly in it for the band. That redirected passion paid off in a big way earlier this week, when the five alt-rockers beat 15 other college performers to win Quadio’s March Madness competition with their rollicking track, Peace Signs, defeating popular Wesleyan balladeer Vincent Lima in a close final round.

While success is not exactly new to the band -- “Peace Signs” has 294,000 streams on Spotify -- the March Madness prize still took them by surprise. They entered the competition with four hours left to qualify, which meant their fans on campus had to rally very quickly. They did, and kept rallying, and more importantly, gaining in number across the US as the song kept winning brackets.

Most of the band’s surprise over winning, though, seems connected to the realization that they’re breaking out of North Dakota, where the people are super nice, the band says, but the weather is so-very-not, and real life can sometimes seem very far away. With their win, you get the feeling that Silver Warehouse is most taken aback by how their world suddenly just got a lot bigger, in all the right ways.

In a video call right after the championship was announced, Quadio talked with three of Silver Warehouse’s members to talk about how they met, why they don’t have a lead singer, the outrageous way they got their name, and why North Dakota won’t have them forever.‍

Cam Kasper (drums): Woah, yeah. Honestly, when we joined the competition we didn’t really know what we were getting into. Then, once we got through the first round, we were like wait, we can actually do something here. ‍

Samuel DeHaven (bass guitar): I think we were surprised by the amount of support that we got from all of our friends. That was amazing. Didn’t expect that. ‍

Cam: And we were really surprised that the other artists in the competition DM’d us during the Final Four, and they were just like, “Hey, super stoked to have you here, this is such a good experience.” It felt nice connecting with other bands and artists.

Dylan Heiam (vocals/keyboard): It’s actually not too complicated. Cam and I were roommates freshman year by random selection, and then we found out that we were both into music, and so we made some decent music together just messing around in GarageBand with a small midi keyboard. I also had this little cajón, it’s like a small percussion instrument, because I couldn’t carry a drum around in the dorm room, obviously. And we also went to the music building that had a ton of instruments to mess around with, and at one point, we were like, “Let’s get in our Facebook class group and see if we can get a bass player and a guitar player.” ‍

And then there were five?

Dylan: Yeah. Austin [Davis] is from my hometown in Minnesota and we went to the same high school, and then Sam came, and then Carlos De Held, who’s from Brazil. And we just clicked, and our jam sessions were really fun, and I don’t know, we just had a really good time together and kept rolling from there.

Just have to pause here to observe that going to college in North Dakota from Brazil is not exactly a regular thing. ‍

Cam: University of North Dakota has a really good aviation program. Cal was originally going to go for that, then his interests changed, and he switched to accounting. But because he met us, I’m going to say, he’s more or less going to school for the band.‍

Sam: I think that’s basically all of us now. If we see this thing taking off, we’re definitely just dropping college for a while, just to focus purely on the band stuff, because we do want this to be successful.‍

Dylan: My major is bio with a pre-med emphasis, and I’d say the same thing. I love music more than anything in the world, it’s helped me through the last couple of years of my life, whether it’s listening or playing, but yeah, I would probably do the same thing. I love learning and I really like math, and chemistry is fun, but it doesn’t like me back, so it’s just… you know, this is working and we’re making a lot of noise on different platforms. Might as well keep the ball rolling.‍

We’ll get to your music in a sec, but where did the name Silver Warehouse come from?

Dylan: I’ll take the reins on this one. So, as a young freshman into shenanigans, I thought it would be a good idea, in all of my boredom, to borrow some silverware from our dining hall, and every time we’d go over there, you’d probably eat like 2 or 3 times a day, I would take one or two pieces of silverware and, you know, put them in my pocket. And I decided to put them in the ceiling of my dorm room, which was an interesting spot to choose.‍

‍Dylan: Our dorm room. And then, I mean, eventually, I had a lot of silverware, like 300-plus of spoons, forks, and knives. And one day, we were here, and I think it was me, Cal, and Cam, and I was just like, “This is the house of all of the silverware… Silver Warehouse.” Because it’s a play on words, sort of, but it also has ties to us. So we were like, maybe this could be our band’s name, and Cam was like, “I like that.” And we were like, okay, let’s do it. Because if we were going to play gigs and get ourselves out there, we needed a name.‍

I think we need a visual on this, the silverware in the ceiling thing.

Dylan: So the ceiling… there were holes in it, sort of, so you could just kind of poke the silverware through it. All of the eating side of the utensils were facing downward, so if it  were to fall, it would hit you and it would hurt. We don’t really have any pictures of it because if the RA found out, I’d probably get in trouble, or like I’d be fined or something, so we tried to eradicate that possibility. Like, if the door was ever open to the hallway, I was always, “Just don’t look in here.”‍

OK, so returning to more legal activities, how would you describe your music?

Cam: The best way to describe it would be alternative rock. We can go from a very pop-y, upbeat sound, like Peace Signs, to more melancholy, slow, deep sounds. I’ve always liked music that has a lot of emotion in it, that gives you kind of a tingle, you know? That’s the music I love to listen to so I always keep that in mind when we’re writing music.

Dylan: I just think it’s really important that people feel really connected to either the words or vocals or even a guitar riff. I wrote most of the words for Peace Signs, and I just wanted people to feel connected to it in the way that they could sort of insert themselves inside the song.‍

Cam: So basically, it’s about when you’re in a social setting and you’re going through a tough time in your life, but instead of telling people, you pretend you’re alright, so you just pop a peace sign. Everyone kind of gets that, I think. Because before Peace Signs, very few people knew about us, like 20, if that. Once we dropped Peace Signs, things started to pick up, because it blew up somehow. I think it just landed on the right Spotify playlist, and once that happened, we had people all around the world DM’ing us, like, “Hey, this is really good. You guys should make more music.” ‍

How does the band work? You don’t really have a lead singer. What’s the chemistry?

Cam: I think we’re all just really goofy. We’re just very comfortable together, and even when we  don’t get along, it’s more of a joking thing. As for no lead singer, I think some people just like singing on different songs and we all like the different sounds, so sometimes we’ll have Dylan sing, sometimes it’s Cal, and other times it’s Austin. ‍

Dylan: We love Hippo Campus and we’d love to be like them, if that explains it somewhat. They do their own thing, they dress their own way, they make music in a spectacular way.

Cam: Totally agree. Their music has a very innocent sort of vibe that I really like. The other thing is that their personalities coincide with that. They’re very playful when they’re with each other. I feel like everything they do works towards making this one personality and it’s cool.

We can’t finish without talking about going to school and making music in North Dakota, which is kind off the beaten path, if we can say that. ‍

Cam: If the sun is out.‍

Sam: If the sun is out, that’s true.‍

Cam: I want to just speak for a lot of people and say that I hate North Dakota.‍

Dylan: I also hate North Dakota, I was just waiting for my chance to say it.‍

Cam: I mean, like the people there, they’re really nice. ‍

Dylan: I don’t mean to harp on North Dakota, but the weather is never on your side.

Cam: But you know, I gotta thank North Dakota too, for bringing us together.